The upstairs windowsills of my house are full of chilli plants! 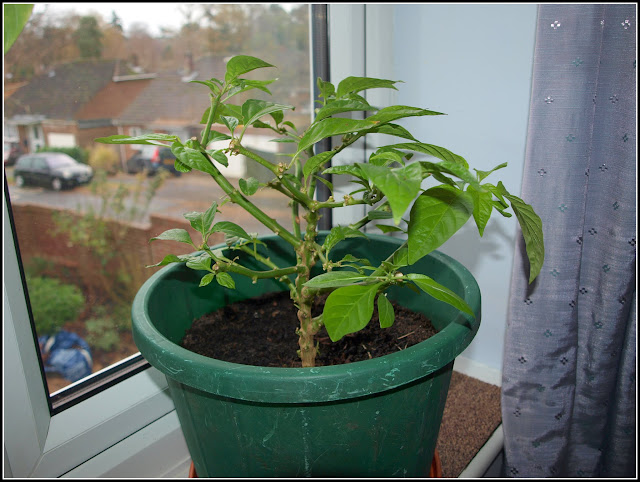 Almost all of them have now been "shorn" of most of their growth. The idea is to encourage them to have a bit of a rest during the colder months, ready for a new start in the Spring. The trouble is that with the mild weather we have had, the plants haven't got the message and are vigorously producing fresh new growth. 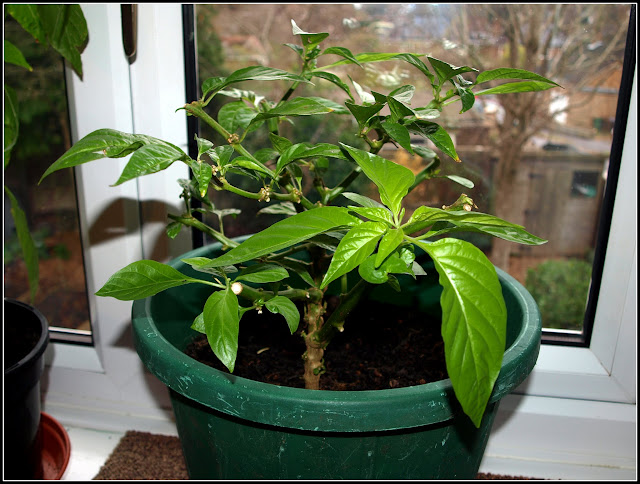 This one is an "Aji Limon", shortly after being trimmed. I usually remove most of the old leaves, but they tend to drop naturally anyway. 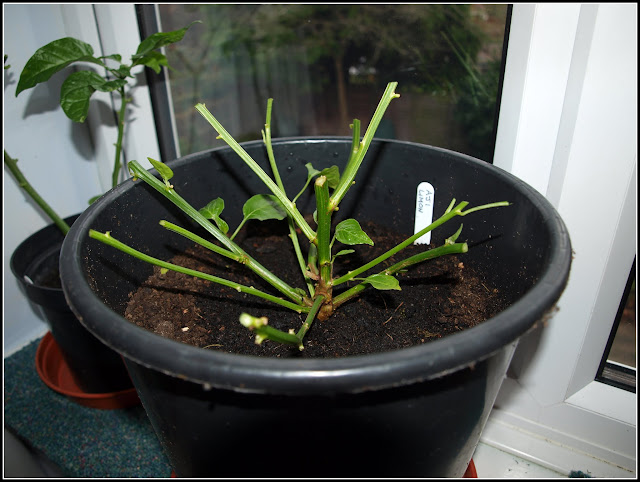 This one is an Orange Habanero, which was trimmed about a month ago. 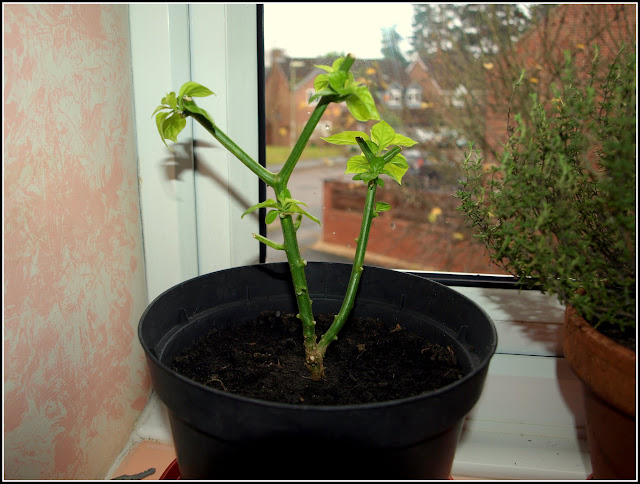 You can see all the new leaves appearing at the leaf axils. 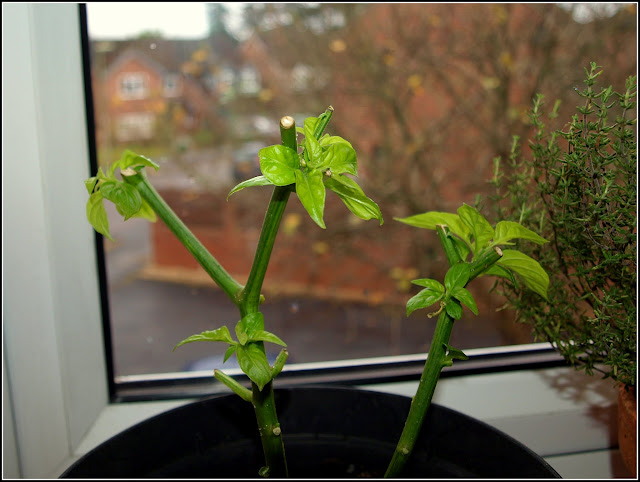 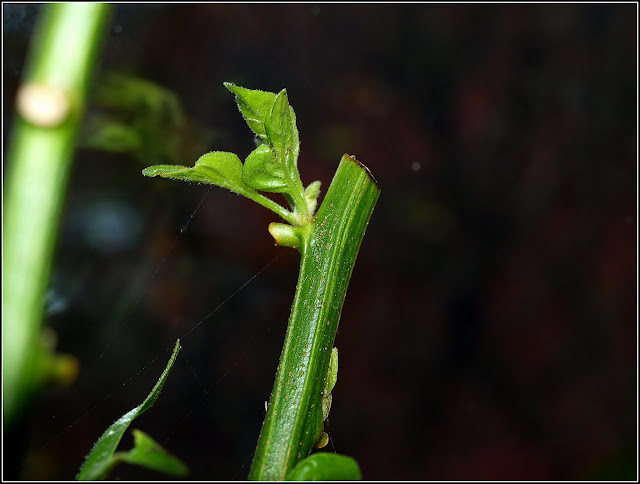 This tall thin one (in the bathroom - notice the frosted glass!) is one of the Turkish ones - "Turkey, Small, Red" as I call it for want of an official name. It was (is) a small slender plant and didn't produce any side-shoots before branching into the characteristic chilli Y-shape. 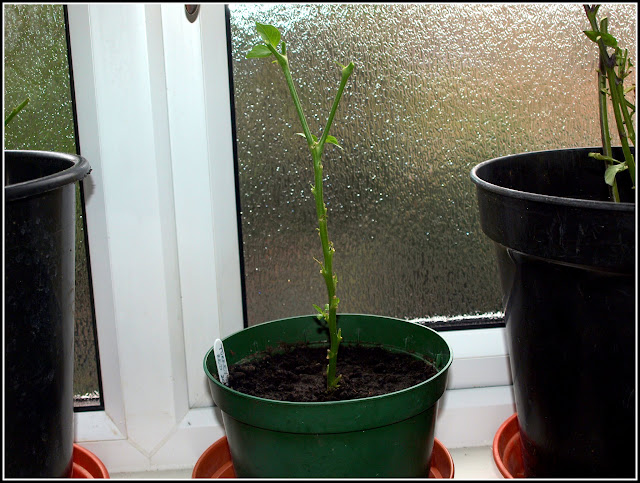 This is probably what it will look like in a couple of weeks' time, though this next photo is actually of the plant I grew by rooting a cutting from the "Brazilian Starfish" plant. It has lots of fresh green young leaves now. 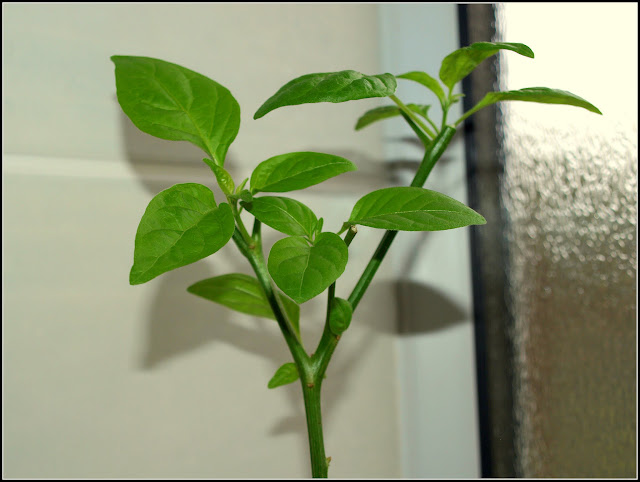 All these chillis are growing in rooms that benefit from our central heating during the day, but the heating goes off at night-time, and the temperature probably drops quite low - maybe 15C or thereabouts? When / if we get proper Winter weather I may have to keep an electric heater on for them during the night as well, because it would be a shame to see such strong healthy plants die off for want of a little TLC. I am realistic enough to accept that they probably will not all survive, but I hope to be able to keep at least some of them going. The ones I most want to keep are the ones that take a long time to ripen fruit, so the Caribbean Antillais, the Orange Habanero and the Aji Limon are top of my list of VIP plants. The quicker-maturing capsicum annuum varieties like Cayenne and Ring of Fire can be successfully grown from a spring sowing.

Anyway, so far, so good. The thing I am worrying about most though is whether I will be able to prevent an infestation of aphids like that I experienced in the Spring of this year. I shall be observing the plants very closely...
Posted by Mark Willis at 12:00