I have lots of photos, but I can't think of anything specific about which I want to write. You know the feeling? Let's see where this leads...

Tidying up my ferns, I found loads of Earthstar fungi living underneath them. 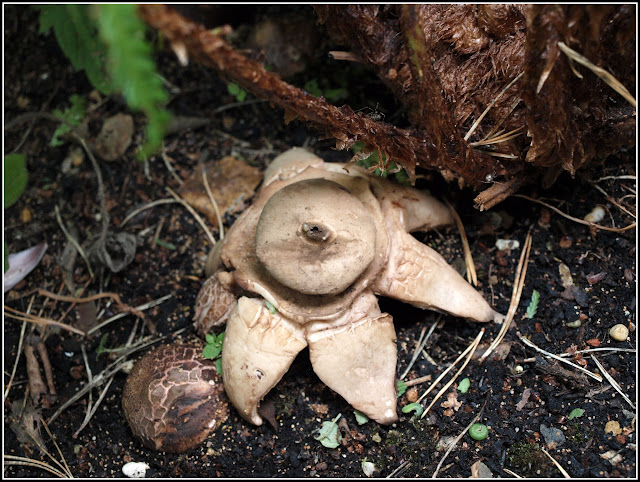 They really are weird things! Every year there are more of them. I now have quite a big colony of them. 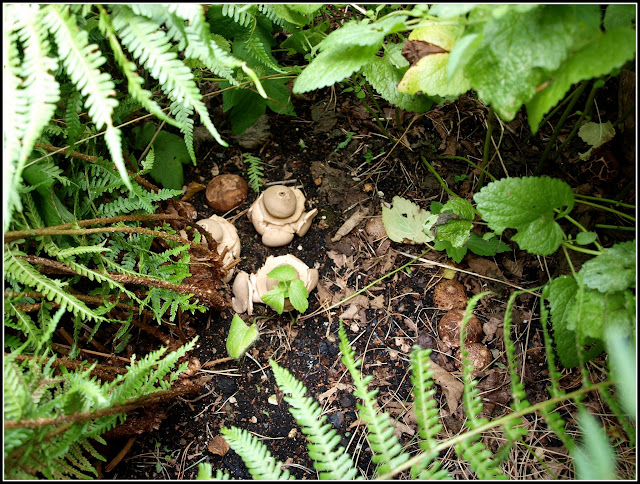 One day recently I saw a Blue Heron sitting on the roof of a neighbour's house...  Crouching. 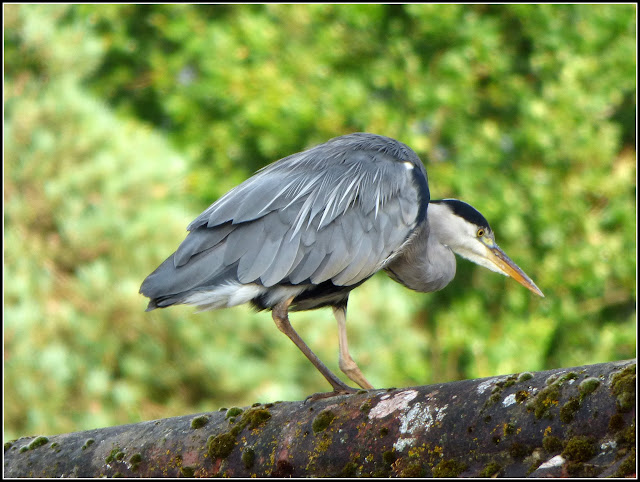 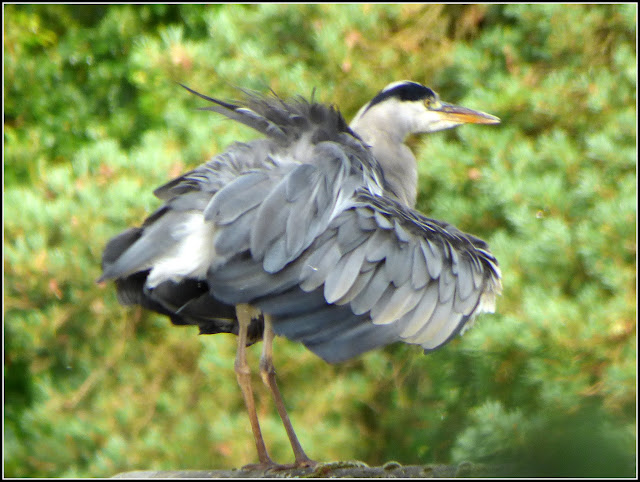 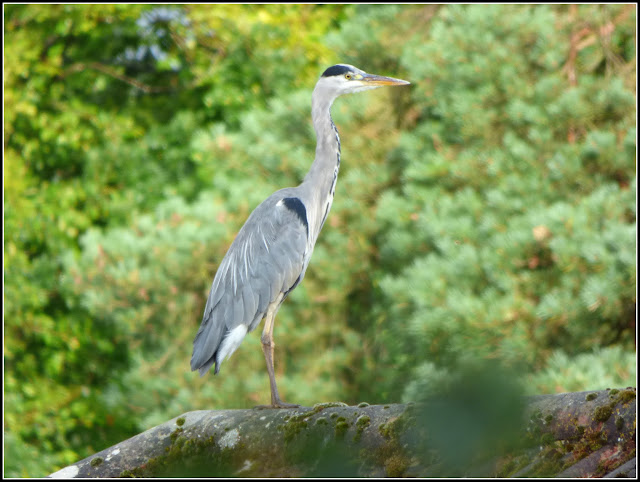 Until a couple of days ago I thought my "Rocoto" chilli plant only had one tiny fruit on it. Then I turned it round to let the other side get its share of sunlight, and saw this: 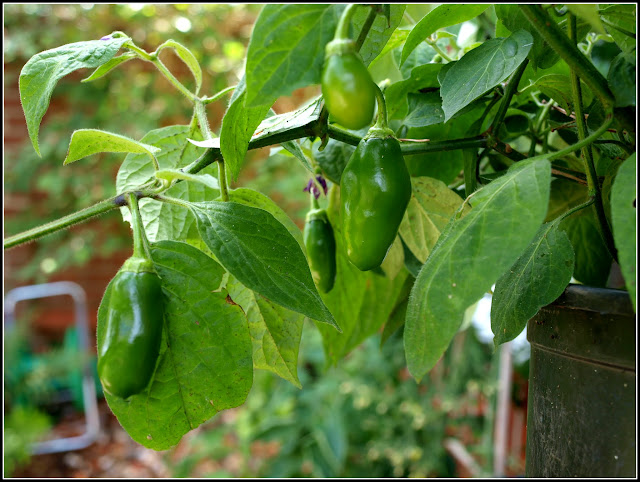 I wonder how big they will get. I would imagine that the biggest of those ones are probably about half-grown.

I have been picking quite a lot of tomatoes this past week. After the very heavy rain we had, several of the nearly-ripe fruit split, so I decided to pick any that were nearly ready, and ripen them off the plants. I have put them in a couple of plastic seed-trays so that I can move them around to wherever is in the sun at that moment. 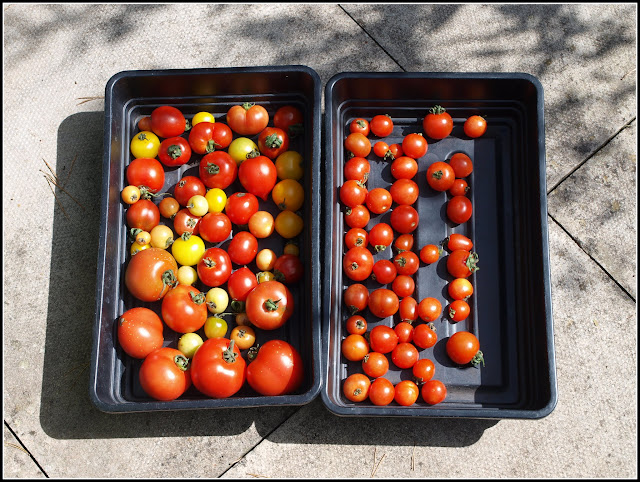 You remember I have written (frequently) about the problems I have had with compost contaminated with weed-killer? Here's what some of the upper leaves on the tomato plants look like at present. You can see how contorted they are. 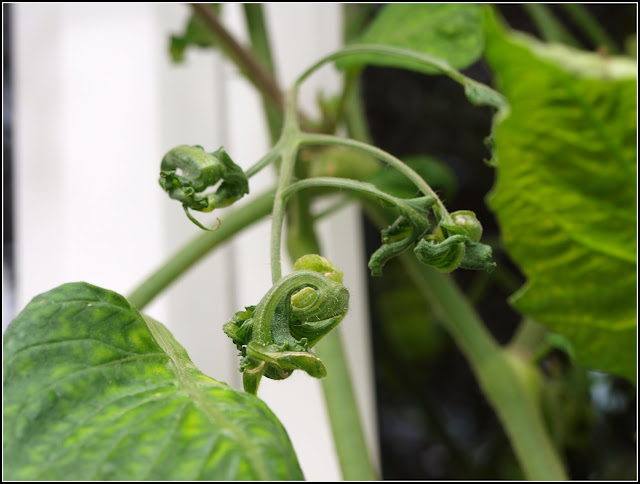 Still, I'm getting a much better crop than I did last year. There's nothing much wrong with this truss of "Gardener's Delight": 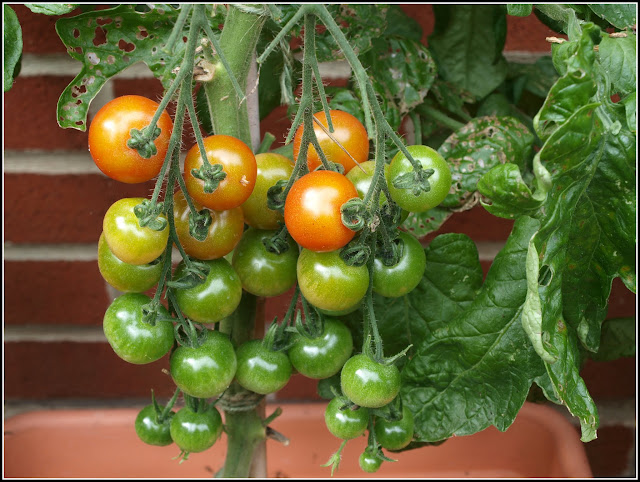 The Runner beans enjoyed the rain. Many more little beans have appeared: 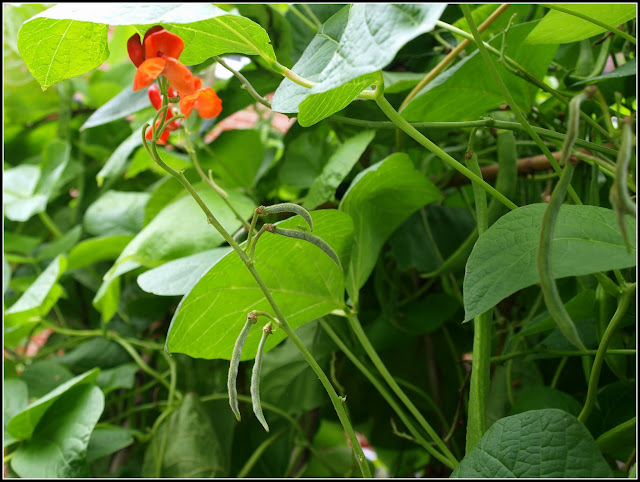 However, not all the flowers have set pods. Many of them have fallen off - some of them perhaps knocked off by the torrential downpours? 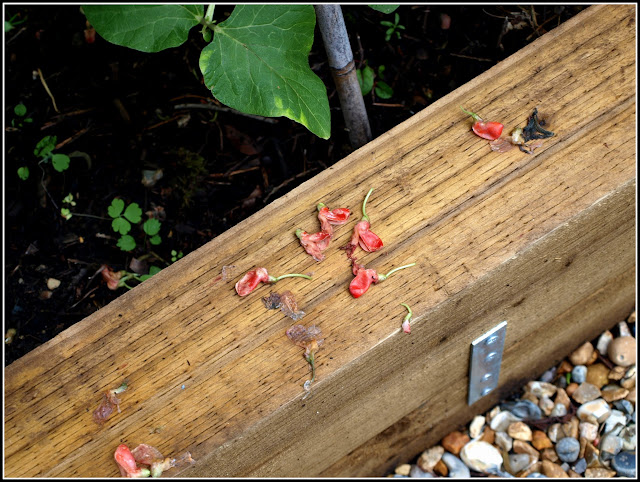 I have a few ripe berries on my pink Blueberry bush: 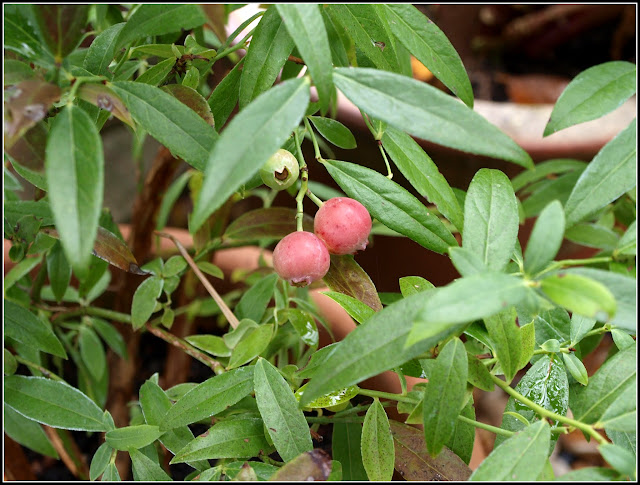 The bush was new this time last year, so it is not yet big, and it only has about 10 or 12 berries on it all told. Hopefully it will have more next year. Certainly the plant has grown a lot this year.

My Dryopteris Erythrosora fern has decided to produce some new fronds. When they are young they are a beautiful orangey-brown colour, though they turn green when they mature. 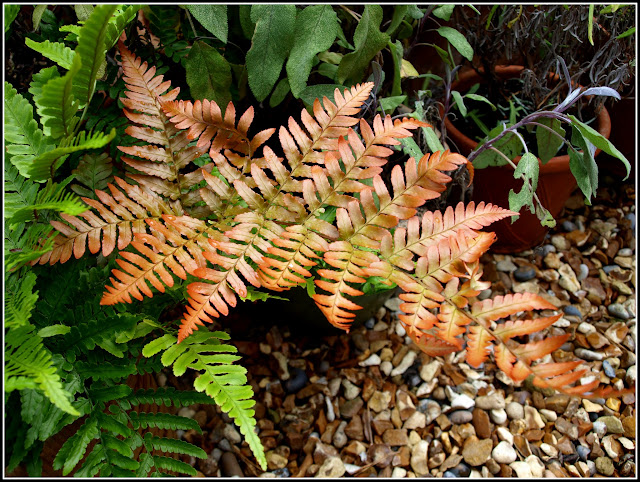 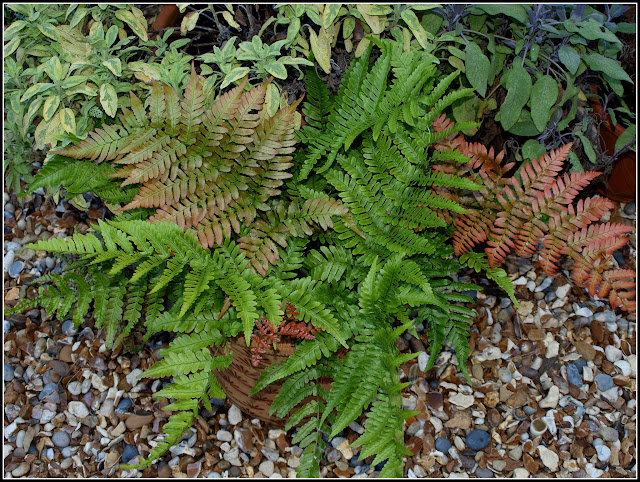 The spare Leeks I planted in containers are beginning to look promising - ironically, some of them are better than the "main" ones in the raised bed! 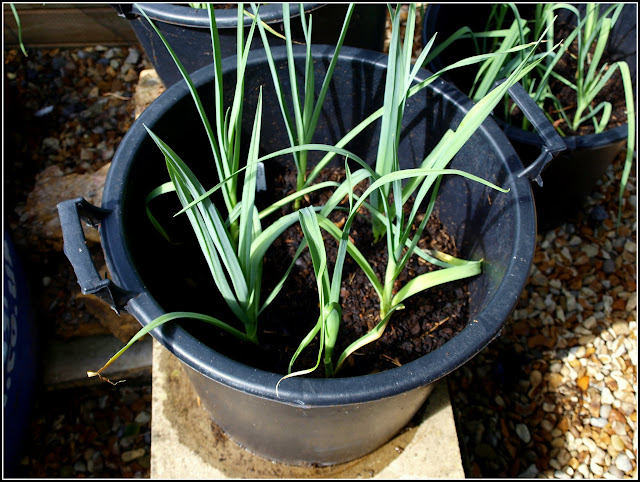 Actually, I think they all look fine, just not very big yet. Patience is required! 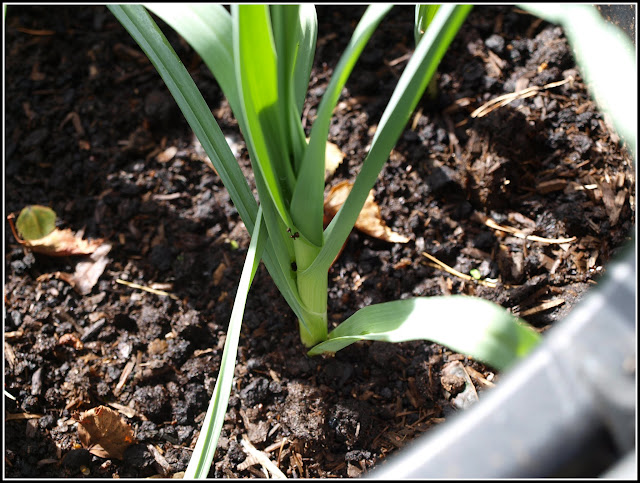 Well, that's all I can muster for today. I'll see how the mood takes me tomorrow!
Posted by Mark Willis at 12:00