Climbing Beans - progress, and a surprise

The Broad Beans are long since gone, and it is climbing bean season now. We have already had the first couple of batches of Runner Beans, but the beans were not prime examples of their kind. I'm hoping for better. I often find that the first few pods of the year are small and very curved, and that the first few clusters of flowers only set one or two pods. The trouble is, I would normally expect to have passed that stage before August arrives. What I want is masses of long straight pods, like this: 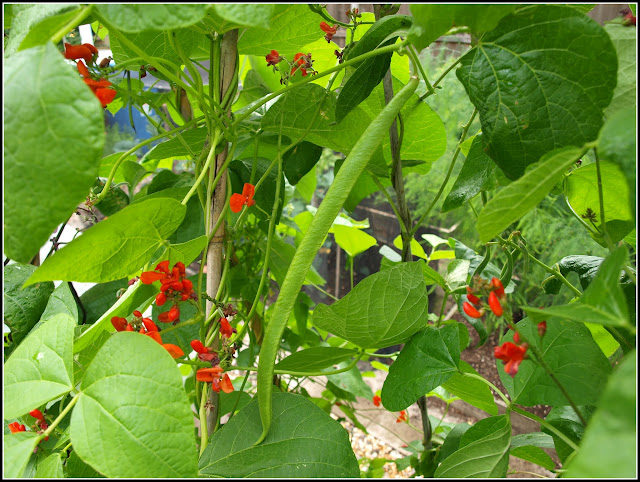 What a shame there's presently only that one!

I'm not saying that my Runner Beans are no good; only that they are not yet up to the standard I expect. They are just OK. Look at these - small; not straight; covered in blackfly, and too few. 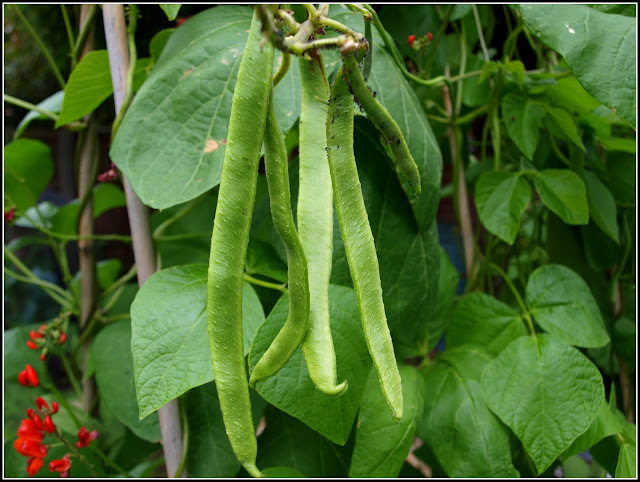 There seem to be plenty more little pods forming, so maybe things will improve later. This cluster looks promising, with almost every flower setting a pod. 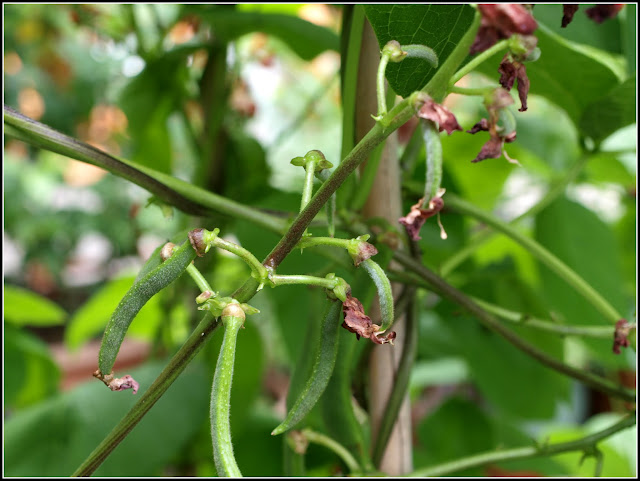 Exactly what determines whether a flower sets a pod is open to question. Bees play a part, but Runners are to some extent self-pollinating. Weather is also a factor, as is the level of moisture in the soil. This year we have had a lot of cold, dry weather, with strong (desiccating) winds. I have had to water the beans with the hosepipe very frequently.

The "Kew Blue" climbing French Beans (Pole beans to those of you in the USA) are looking OK, and there are plenty of pods developing. 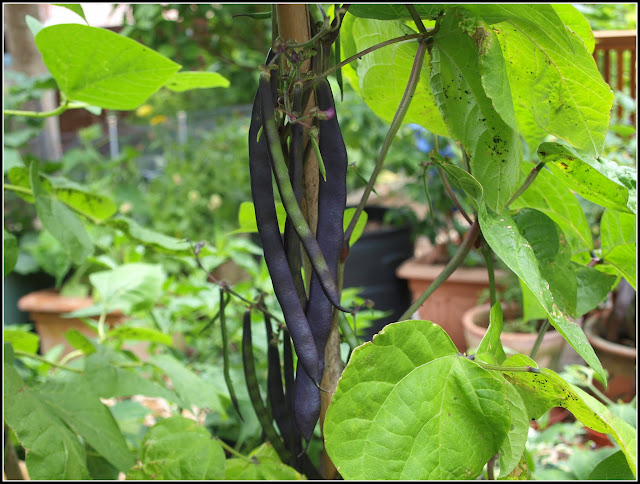 In these photos the pods look quite big, but in reality they are not - yet. The trouble is that since I have not grown this variety before I don't know how big I can let them grow before they go stringy. I'll just have to experiment. 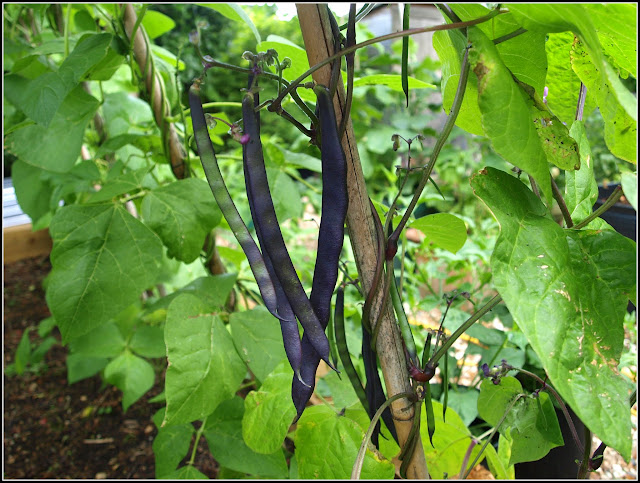 When they are very small, the pods are green, but as the grow they turn purple, not really blue. The immature ones are quite blotchy - almost as if they have been badly painted! 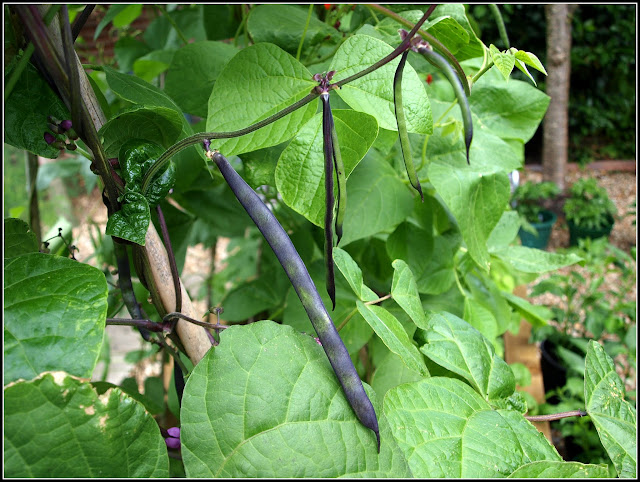 I have four plants of this variety, so hopefully between them they will produce a viable quantity of beans. 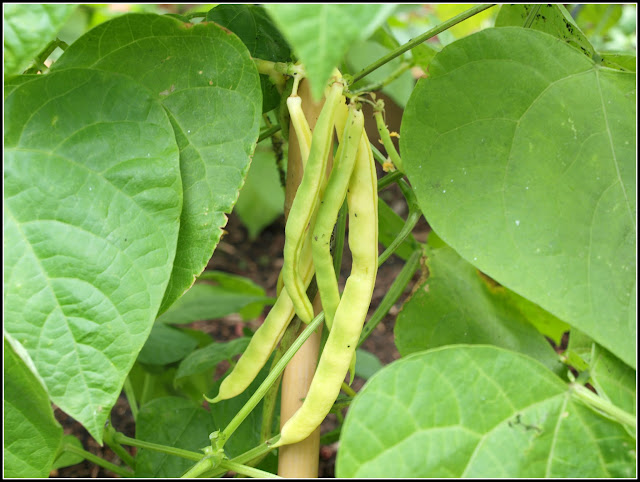 My plants (again I have four) have been grown from seeds sent to me by a friend. They were in a small plastic bag, clearly labelled "Kentucky Wonder", so you know what I was expecting. In retrospect I could have done earlier the research I have done today, which reveals that the seeds of "Kentucky Wonder" are light brown, whereas these ones are a very dark chocolate colour. I'm only mildly upset by the mix-up (clearly a labelling error), because they look as if they will be nice enough beans. However, I had intended them to replace my trusty "Cobra" beans this year, and this means that I will now have no green French beans at all.


Since I have no idea what variety the yellow beans are I will have to experiment with them too. I have in the past grown "Meriviglia di Venezia" beans which were yellow, but those were big and flat, whereas the current ones are cylindrical and look as if they are a variety like "Berggold" or "Cherokee Wax". Anyway, thinking positively, I should be able to produce some good-looking meals with green, yellow and purple beans! (Though the purple ones will probably turn green when cooked, as most do).
Posted by Mark Willis at 12:00