A holiday in the Lake District

I recently spent a week on holiday in the English Lake District, along with my wife Jane and our daughter Emma and her husband and two children. Anyone who knows this place knows that the weather will be a prime consideration! The rainfall levels in Cumbria are amongst the highest in the UK, so one has to expect a few rainy days, even in August. We had a mixture of sunny days (though never hot) and rainy ones. Jane and I are not much into strenuous fell-walking these days, but the younger members of the family (suitably equipped with waterproof clothing) spent a fair proportion of the week exploring the Great Outdoors - which is really what a holiday in the Lakes is all about. Even for us "Oldies" there is plenty to see though, and we did, albeit mostly from the car. On the good days I took quite a few photos, some of which I'll publish here.

This is where we stayed - a self-catering "cottage" midway between Ambleside and Skelwith Bridge, aptly named Halfway House: 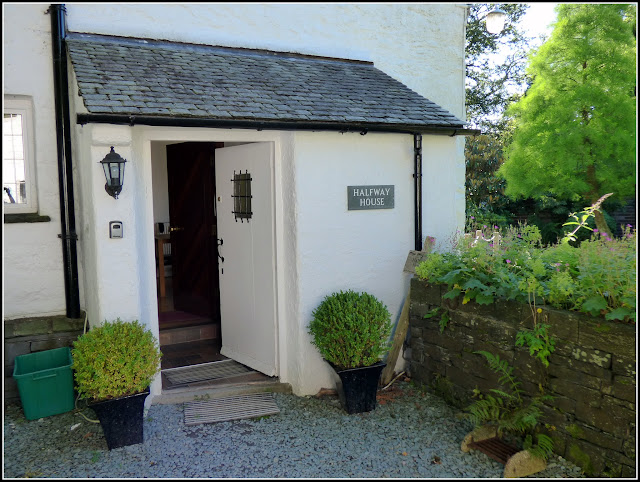 This property has lots of significance for Jane, because as a child she used to holiday in a bungalow in the grounds of the same house. Unfortunately it turned out to be a bit disappointing. Nothing too major, but just a few niggles: it was very damp and musty, and poorly-equipped. For instance it had a dishwasher that not only fell apart every time we used it, but was also too small to accommodate dinner plates! Anyway, despite this, we as a family made the most of it and laughed-off the difficulties. We had lots of lovely family meals; we played games with the children; we drank a little wine in the evenings, used a telescope to look at stars and meteors, and enjoyed the view of the adjacent River Brathay...

One of the great attractions of the Lake District is that distances (as the Crow flies) are short, and there is a lot to see without major expeditions. Each day we went out and saw something different. Here is a small selection of photos representing this.

While we were away Jane celebrated her 60th birthday. To recognise this occasion we all went out for a meal and a tour of the Lakes Distillery near Bassenthwaite. This new venture has recently begun small-scale production of Vodka, Gin and Whisky, using the ultra-pure water from the nearby River Derwent. Here is an (illicit) photo of one of the stills in which the distillery makes whisky. 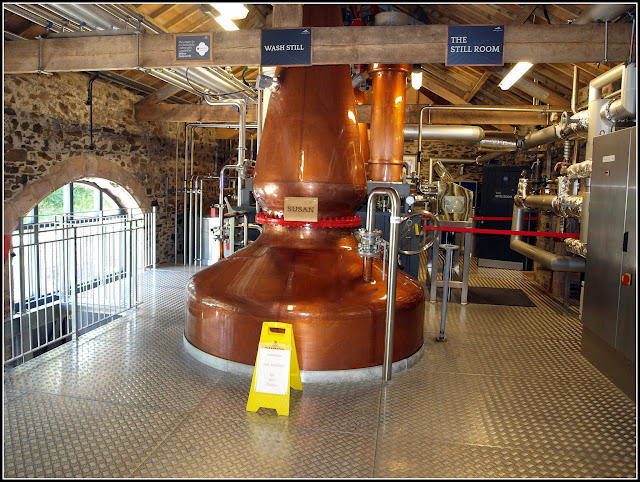 We were slightly disappointed to find that since the distillery is very new, it has not yet produced any of its own whisky (it has to be matured for at least 3 years), but Gin is already coming off the production line. Here is the evidence: 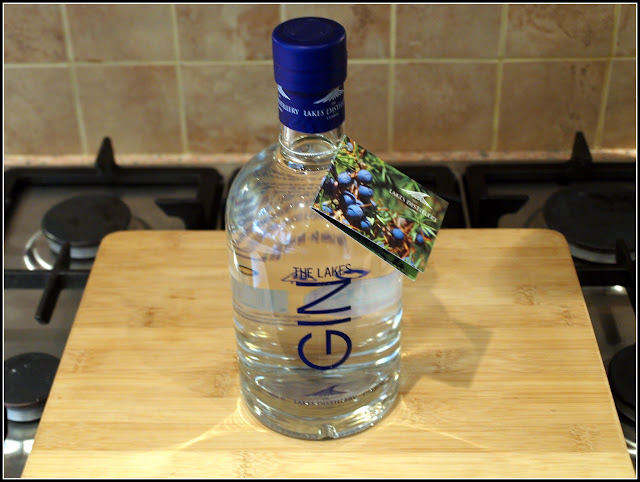 Now that we're back home, I shall hopefully be out in the garden a bit, and more blogposts will follow...
Posted by Mark Willis at 12:00