The chillis are off...

Ten days ago I sowed seeds for several different types of chilli and sweet pepper. I sowed two seeds in each pot, as I usually do. Then, when they germinate I pinch out the weakest of the two. It's really a way of increasing my chances of having a plant in every pot without having to re-sow at some stage. Of course, if I were using expensive F1 seed I might do it differently!

My pots have been under the lights for about 16 hours a day since then. They don't produce a lot of heat - just a gentle warmth which is enough to aid seed-germination. As soon as germination occurs, the seedling has plenty of light, so it is less likely to become stretched or "leggy". This is a much better arrangement than what I did before, which was to put the pots of seeds in the airing-cupboard. This meant that I had to keep checking them as often as possible. Things being what they are, it always seemed as if they germinated about 10 minutes after I went out to work, meaning that I couldn't check them until about 12 hours later! Anyway, I now have lots of healthy young seedlings: 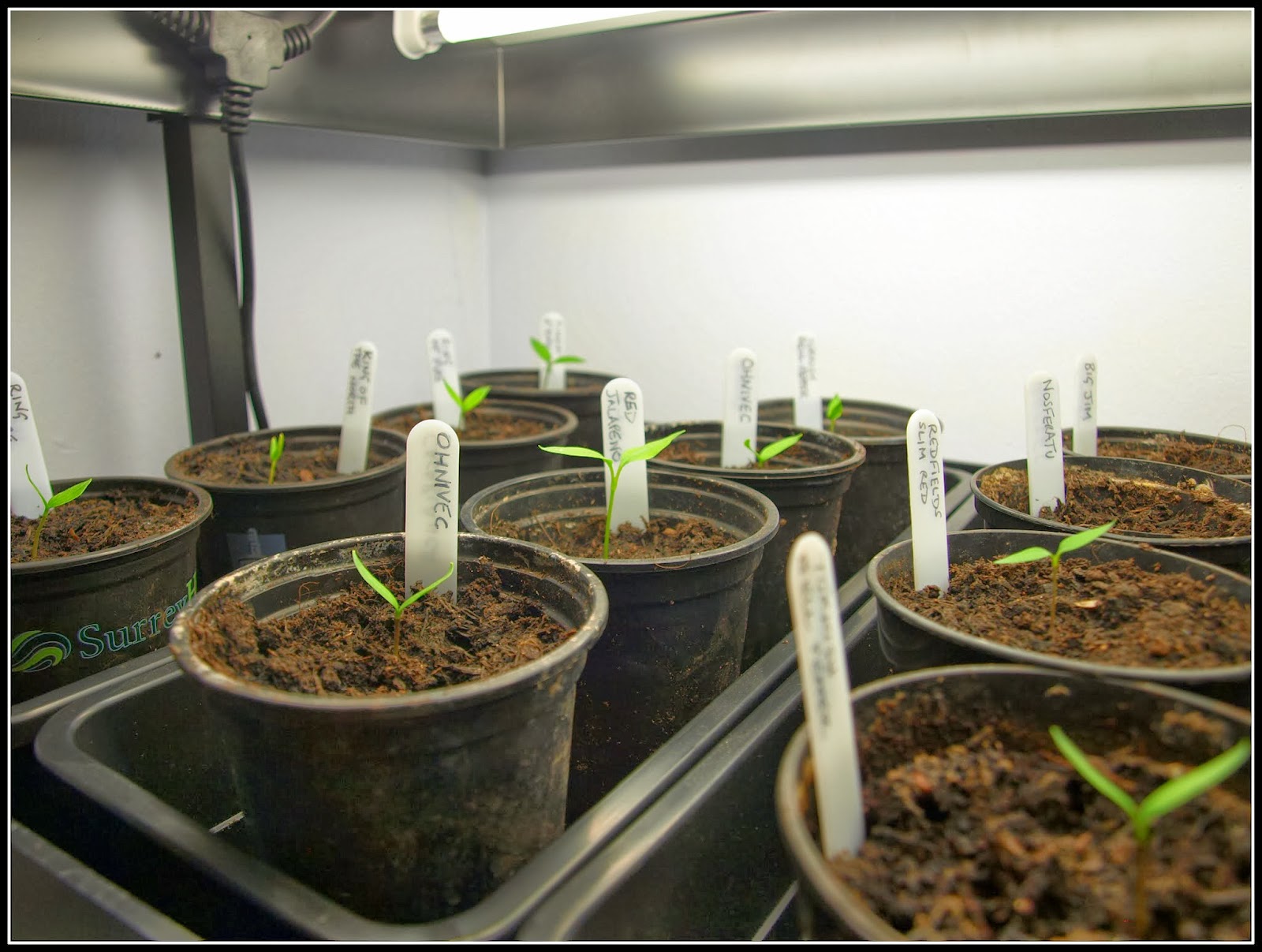 This year I am growing several varieties of chilli and sweet pepper from seeds sent to me by blogging friends in various parts of the world, for which I am very grateful. Here are a few examples:-

﻿For the record, this is the list of varieties I have growing at present:

Chillis
Ohnivec
Red Jalapeno
Nosferatu
Ring of Fire
Red Habanero
Bird's Eye
An unknown one named after the place I got it: Redfields Red
Scotch Bonnet (so far no sign of this one germinating)

Peppers:
King of the North
Piment d'Espelette
Unknown one nicknamed Turkish Bell Pepper
Big Jim (so far no sign of this one germinating)

I'm giving no gurantees that this will be the full list. I may decide to sow some others.

Here's one of my Bird's Eye chillis: 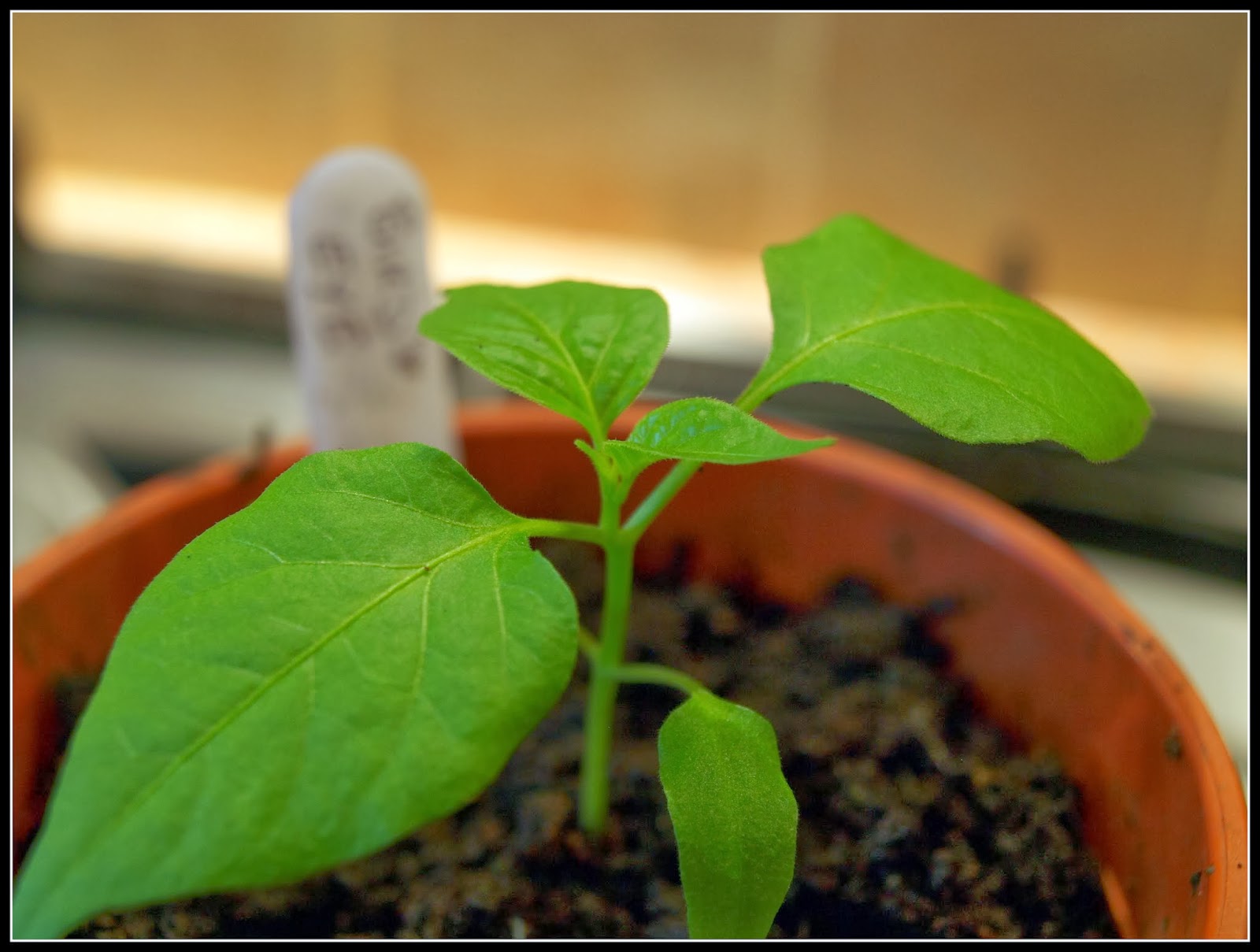 If you are into chilli-growing, you should read this informative and amusing review of a new book about the subject, by Jason Nickels, on the blog of Roger Brook - the no dig gardener﻿
Posted by Mark Willis at 12:00