Last year I sowed the seeds for several different types of Aquilegia, and grew some on into decent plants, but few of them flowered. This year I hope they will produce a good display. Many of them have been overwintering in my coldframe, and are just beginning to show signs of life.

The way in which Aquilegia leaves repel water and promote the formation of little pearly droplets never ceases to fascinate me! 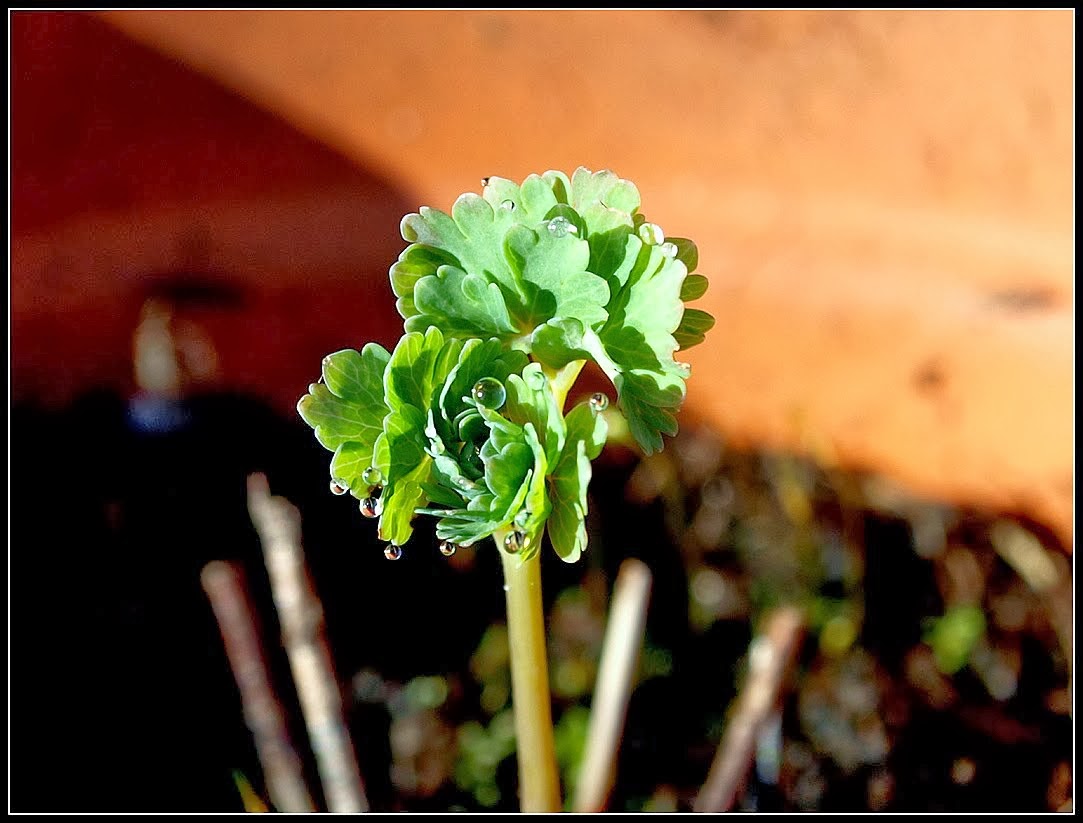 Take a close look at the core of one of the little plants, and it really does look wierd. Here you can see the pink-coloured new leaves beginning to push up through the woody remains of last year's leaves, all covered in strands of cobweb. 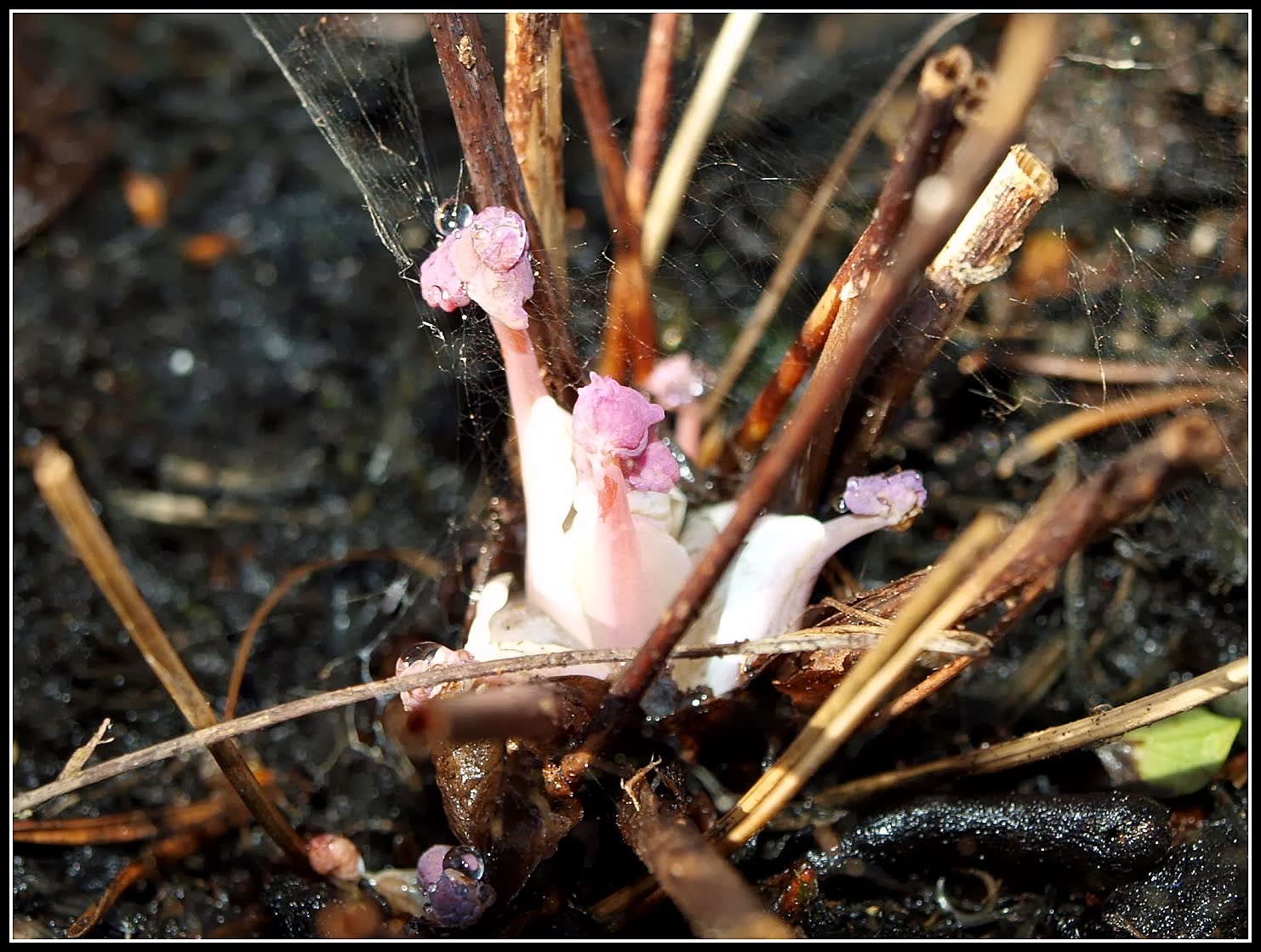 In one of the pots there is a very luxuriant worm-cast: 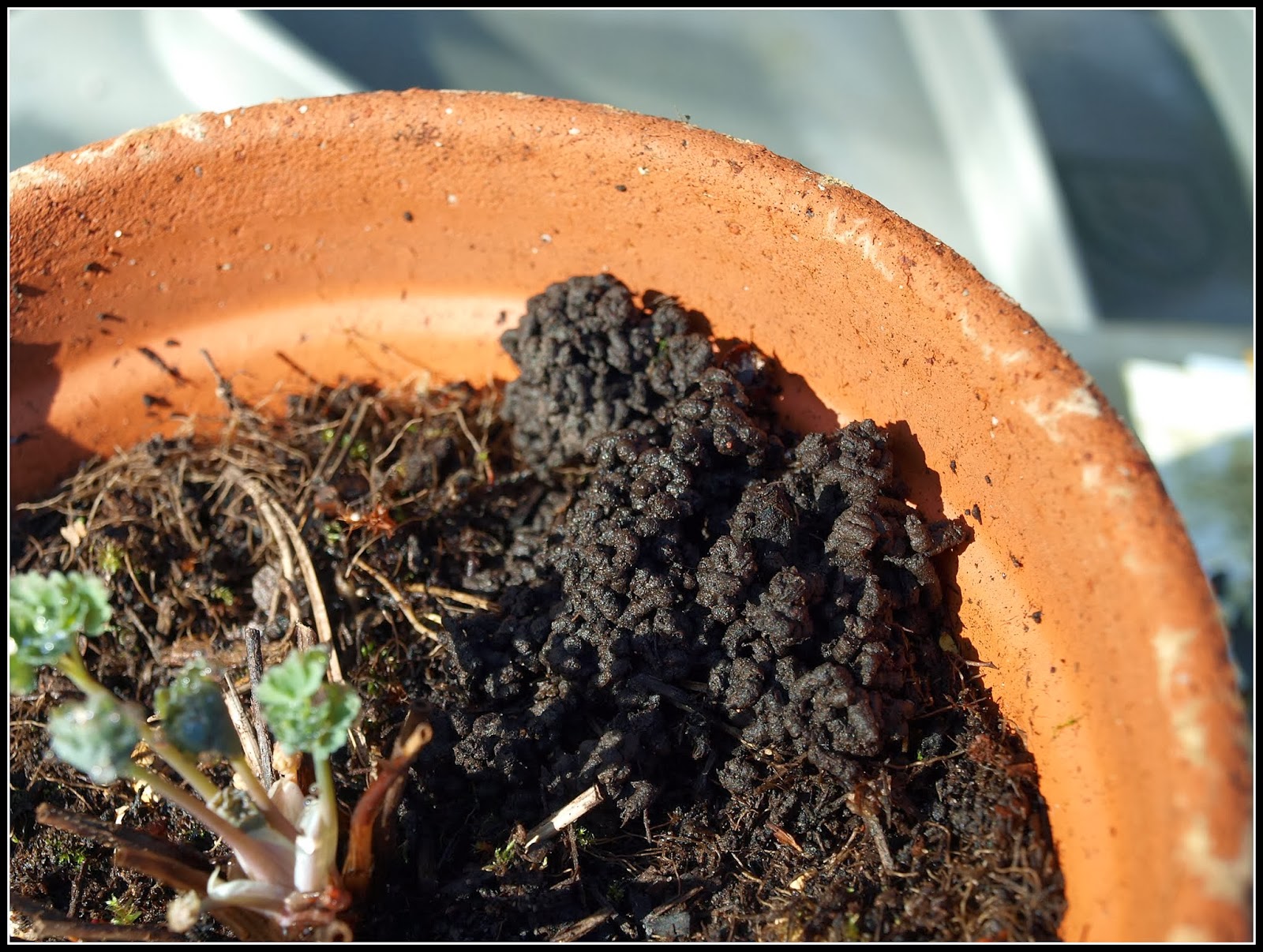 The worm-cast is simply the compost / soil (etc) that has been digested by and passed through a worm. Worm-casts allegedly make an ideal seed-sowing medium since they are very finely "processed".
﻿ 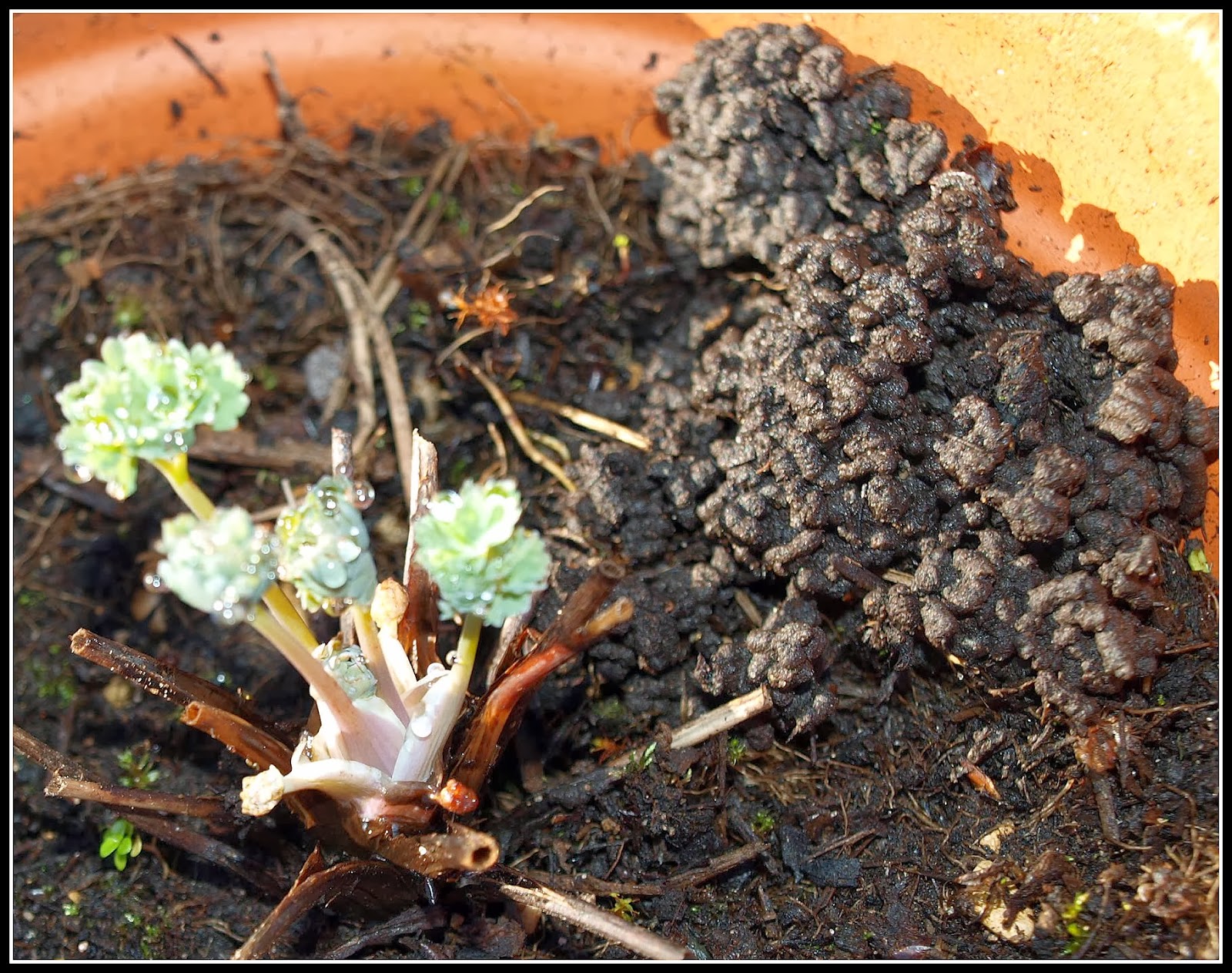 I'm quite glad I labelled all my Aquilegia, because the young plants all look very similar at this stage!

Last year I had some red-and-yellow ones, grown from seeds sent to me by Diana in Malaysia: 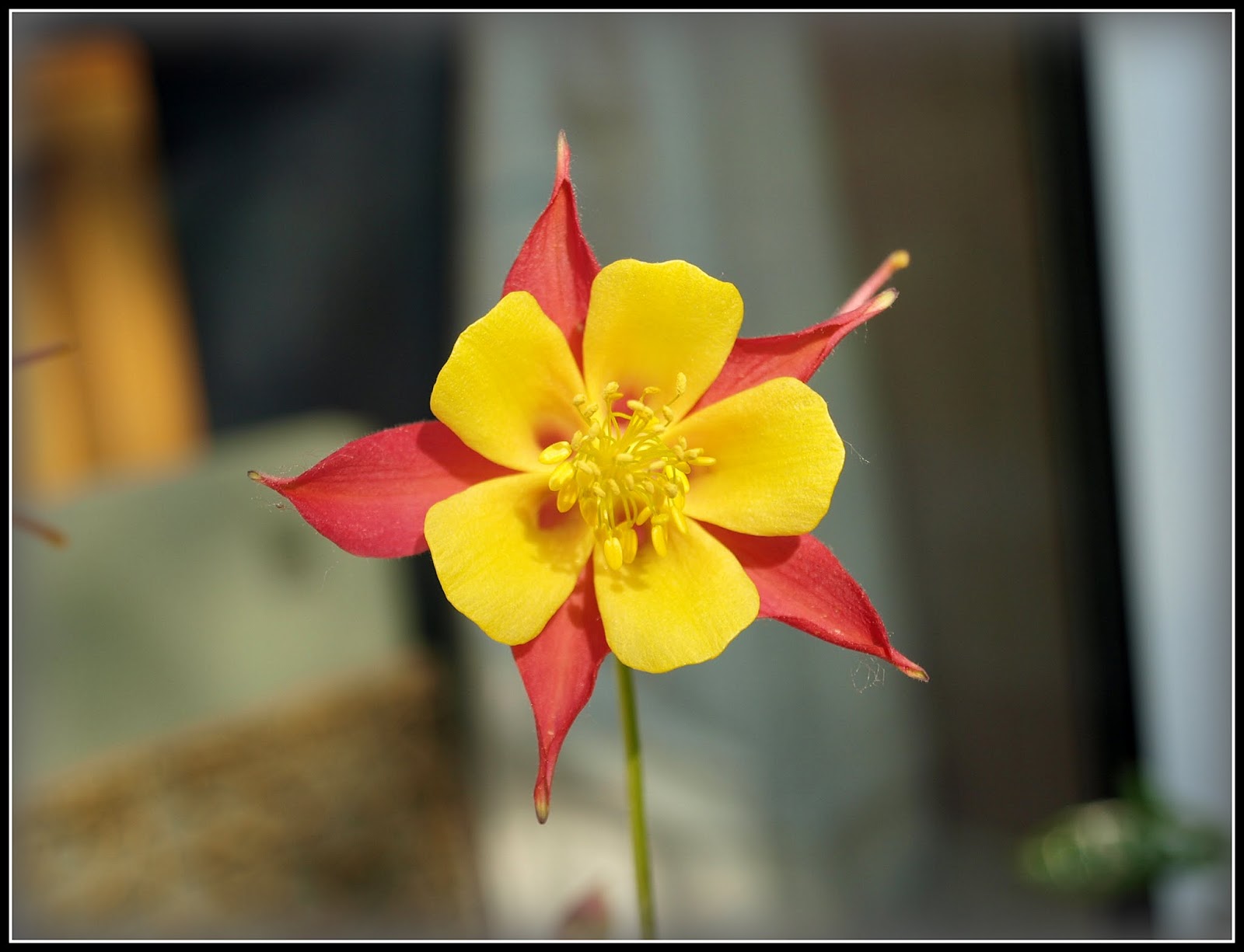 At the end of their flowering season I scattered seeds from these ones all along the base of the fence where in the past I have had only the plain pink and plain blue Aquilegias, so hopefully this year I will have a bit more variety there.


I don't want to bore you too much with pics of emerging Aquilegias, so here are a couple of other things that are "bursting out all over"...

﻿
Is it just me that sees a Rhinoceros / Dragon head in that rhubarb photo..???
Posted by Mark Willis at 12:00