Some of the seedlings raised in the Growlight House are getting big enough to move to less pampered conditions now. If kept under the lights too long they may become too soft. They need to toughen-up a bit!

Fortunately there have been a few odd moments of sunlight amongst the deluges of rain and hail, so the plants have spent some time on the windowsills:

Here we see a pot which now has 3 "Bird's Eye" chilli seedlings in it. I sowed 6 seeds and so far 3 of them have germinated, at intervals of approximately a week. This is frustrating, because the biggest one will be ready for transplanting soon, and the tiny ones might not like the disturbance that is inevitably going to cause. 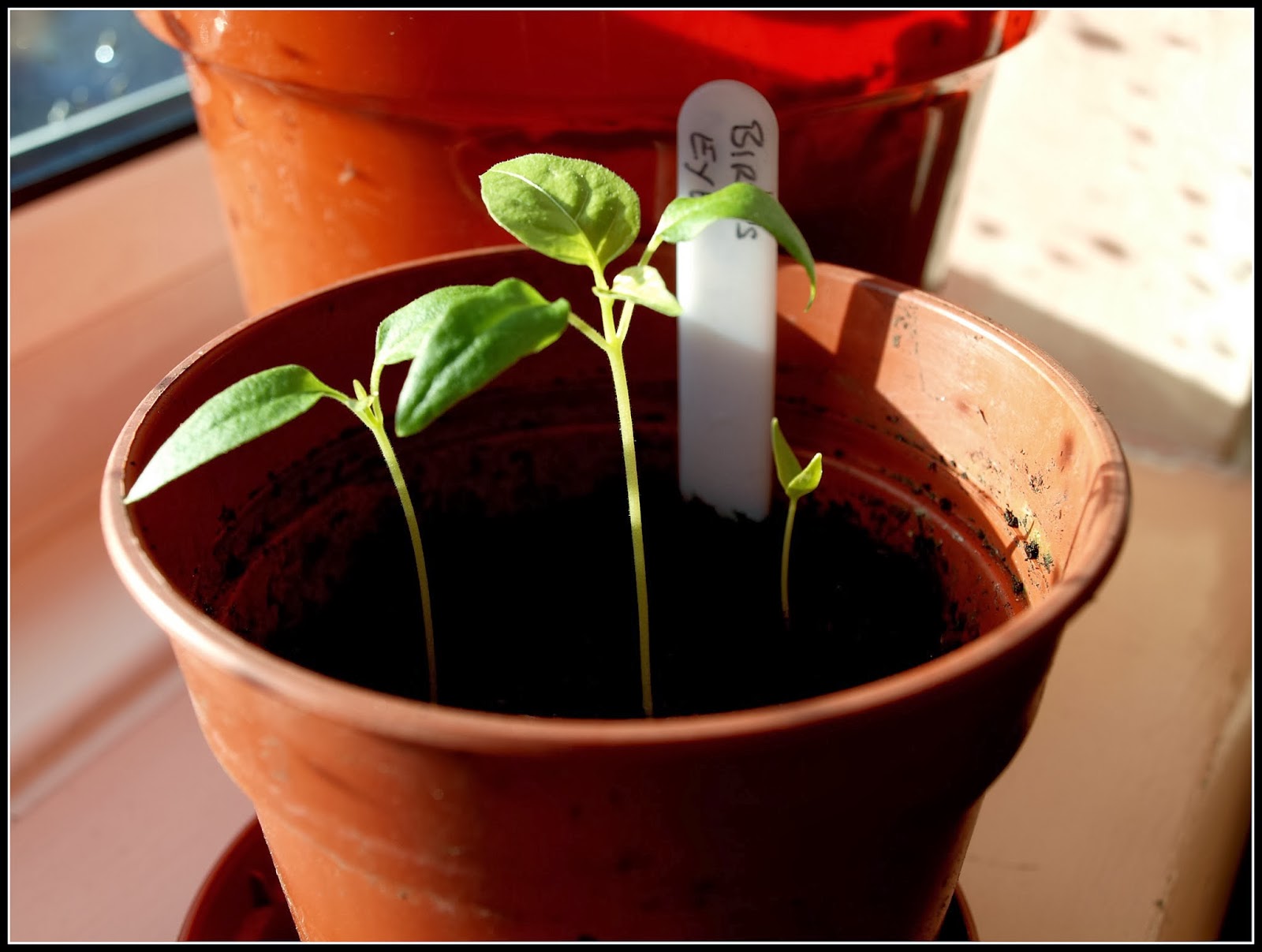 Here is a pot of Basil seedlings, which I am progressively thinning-out. Eventually I will leave only one plant in the pot (I have two similar pots). The thinnings are being used in the kitchen. I like them as a salad ingredient, but Jane is not so keen. 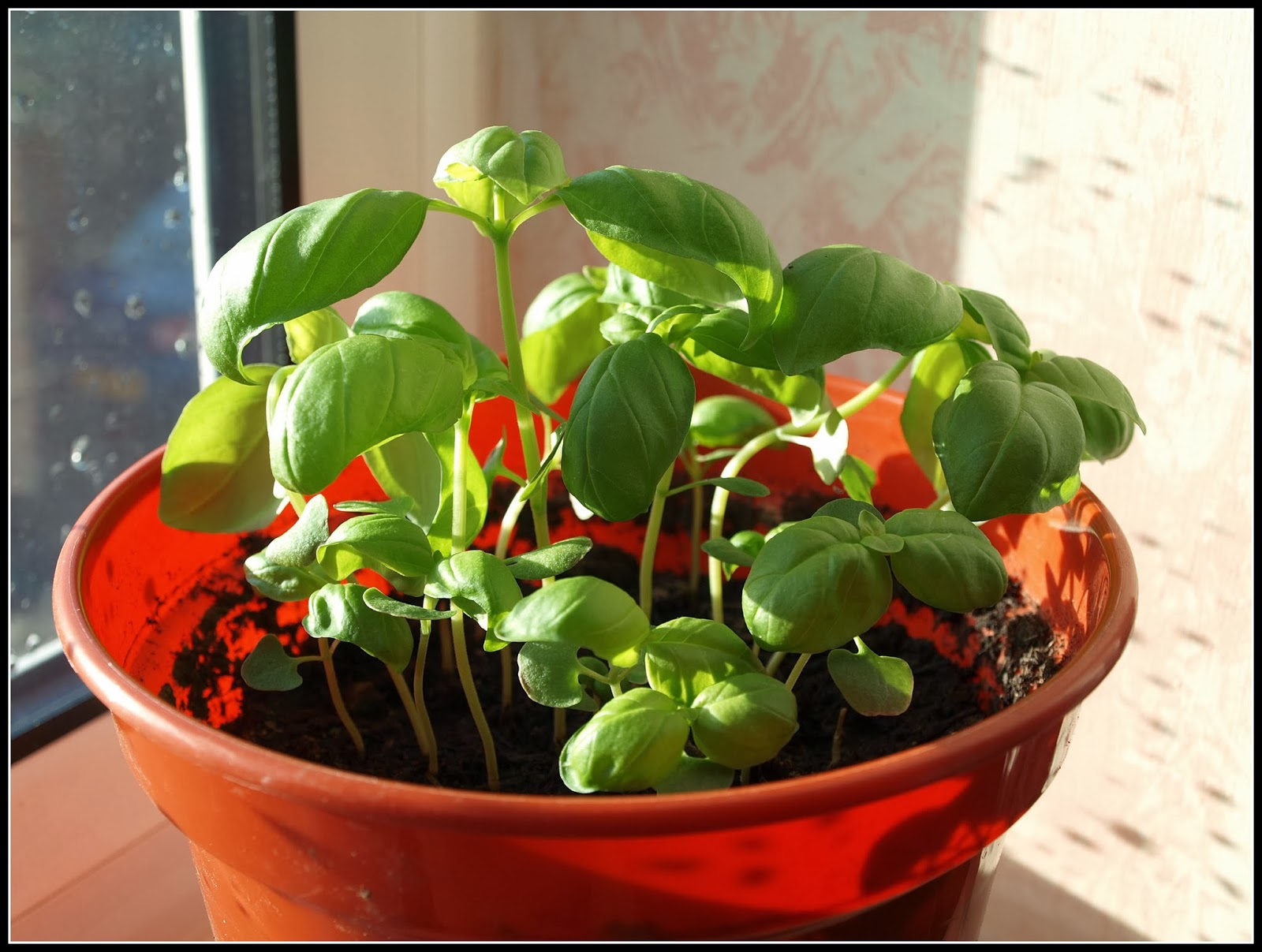 On another windowsill we see my two pots of Parsley: 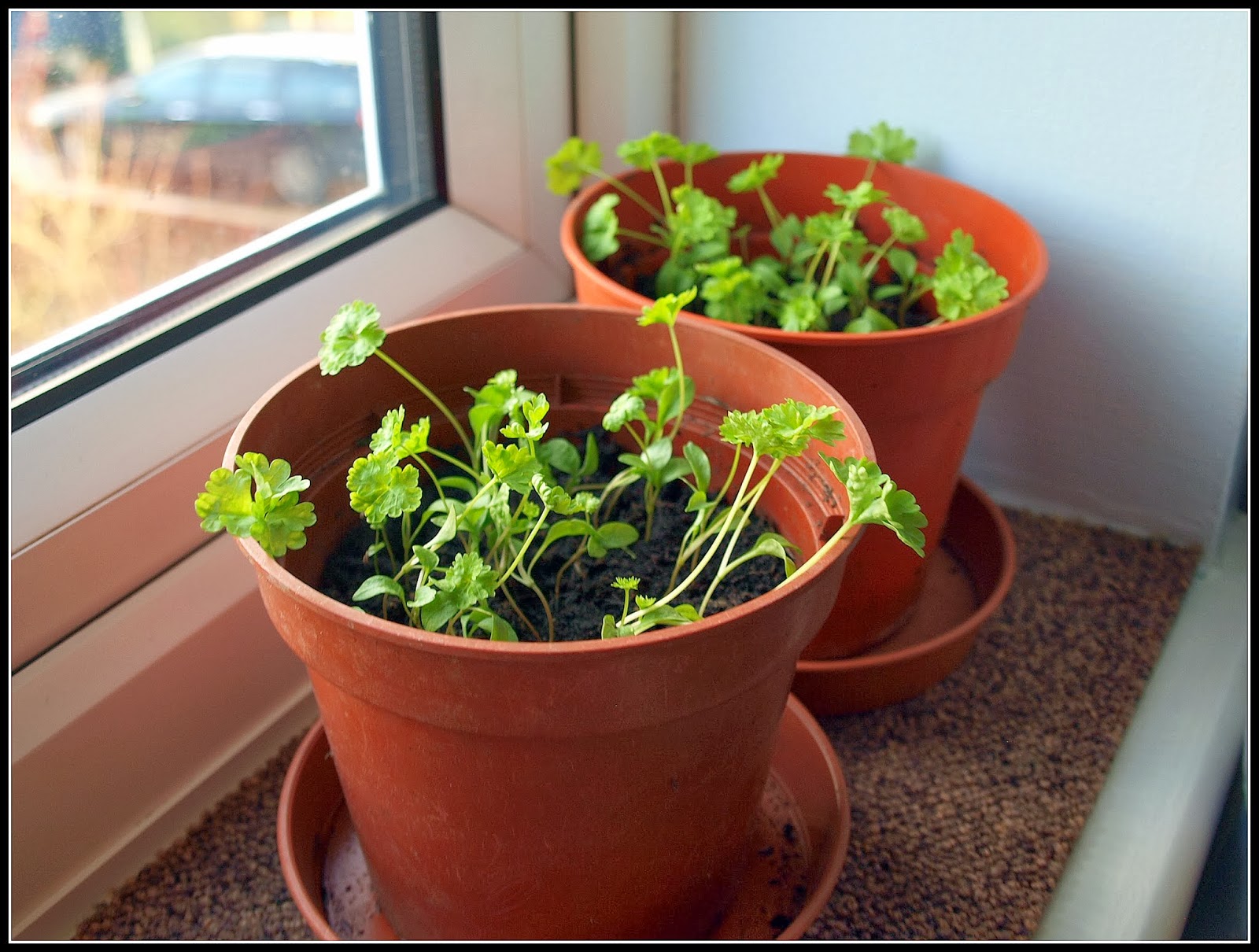 I am in two minds about these: one part of me says "grow them on in those little pots and use them young" (just as you might buy a one-use pot from the supermarket), but the other part says "transplant them outdoors under cover and grow them to maturity".  I'm inclining towards the latter option at present. I can afford to wait another week or so, but if I let their tap-roots get too big they will not transplant well. 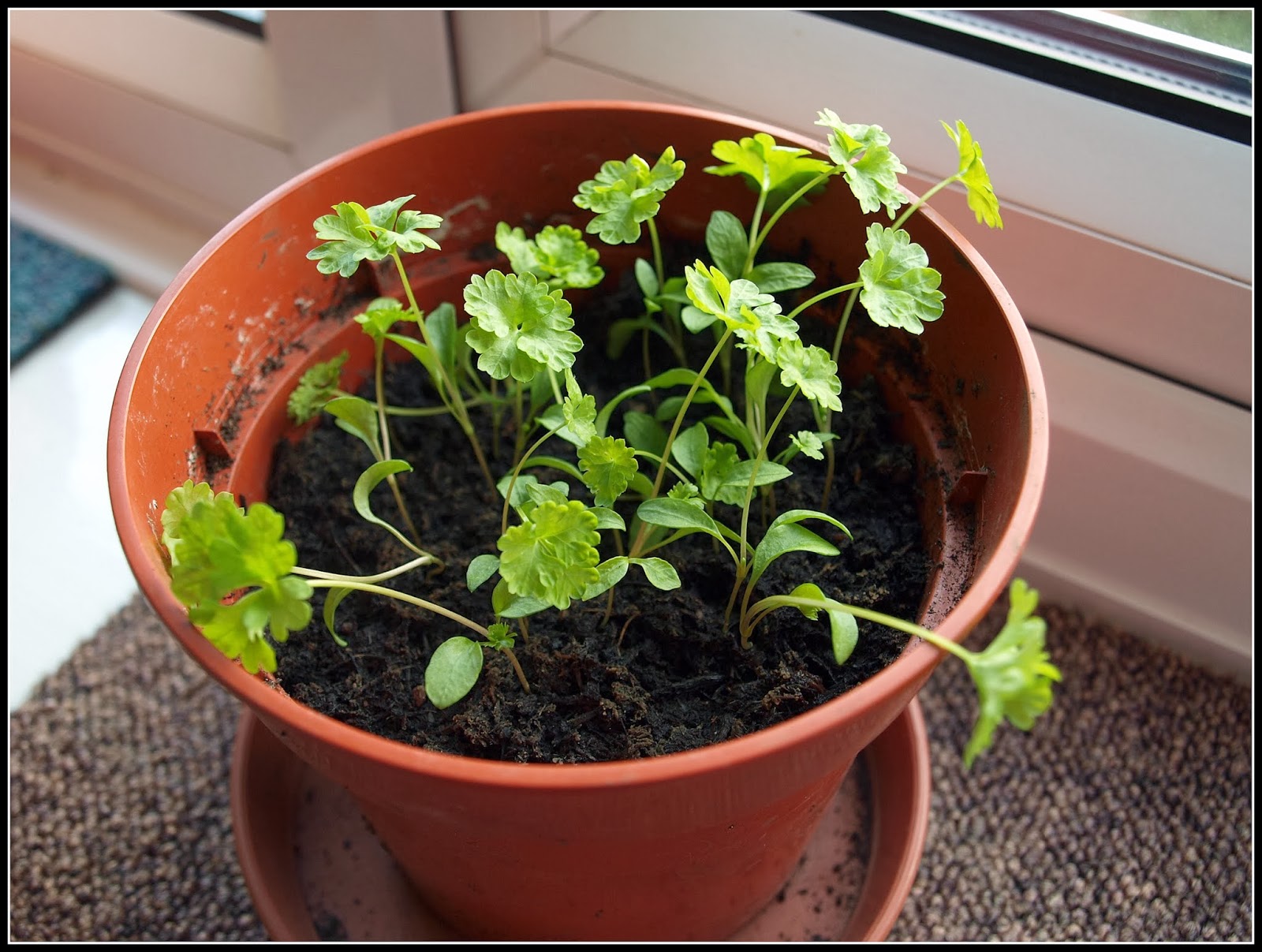 ﻿
The other pot of chilli seeds (6 x "Scotch Bonnet") have not germinated at all. I'll give them another couple of weeks, but after that I'll mark them down as "Failed to germinate". You may recall that I was dubious about their viability, so I'm not really surprised that they haven't come up.

The other thing I have grown under the lights is that half-size seed-tray of Mesclun, which has been brilliant. It has just had its fourth chop! The yield has not been big in terms of weight, but the flavour and quality has more than compensated for this. It looks a bit sorry for itself now, but it may recover again. I'm feeding it with "Baby Bio" plant food in order to boost its vigour. 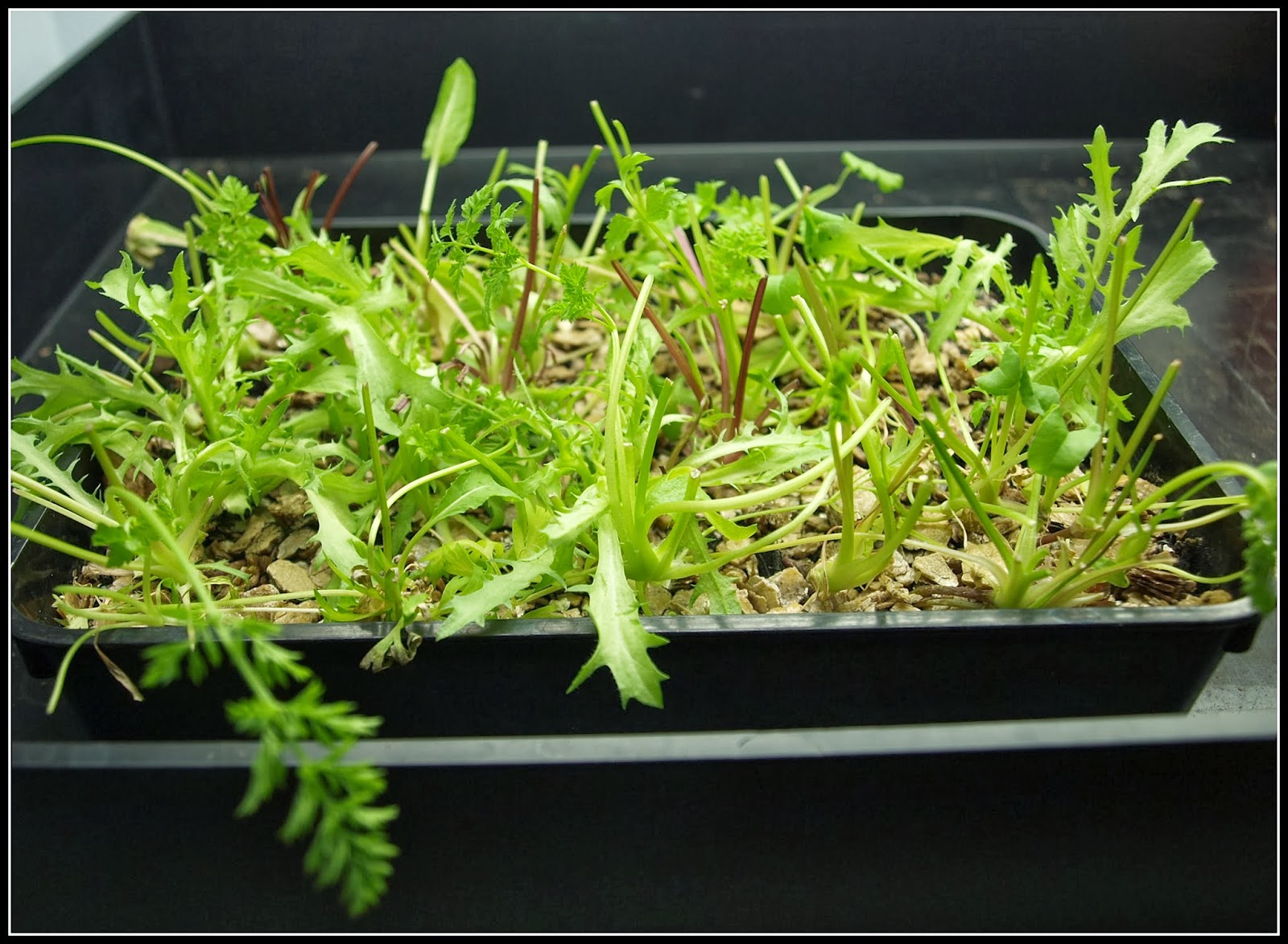 There's no realistic prospect of being able to sow any seeds outdoors for a while, since the soil is completely waterlogged, but I may get my chillis and tomatoes going next weekend, since I have the Growlights to see them through their early days.﻿
Posted by Mark Willis at 12:00