Fasciation is something I was only vaguely aware of until I read about it in a post written by fellow-blogger Sara at Hilwards, last December. When fasciation occurs in a plant, a stem which is normally roughly cylindrical becomes flattened and ribbon-like. I had noticed some time ago that I have a good example of this in my flowering cherry tree (Prunus Autumnalis "Subhirtella"). In a recent spell of sunshine, I decided to take a closer look: 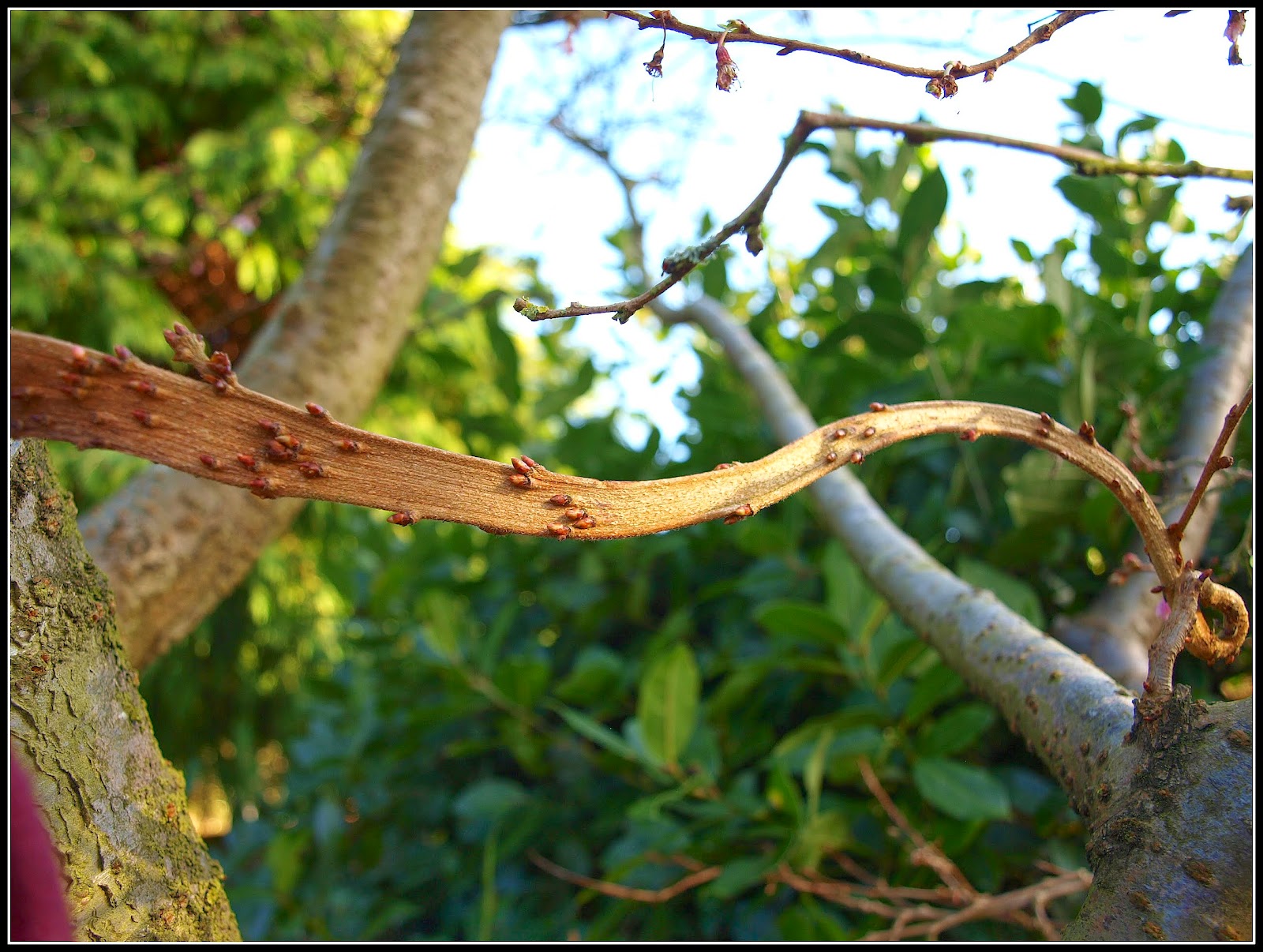 The affected twig starts off with a 360-degree contortion reminiscent of a pig's tail: 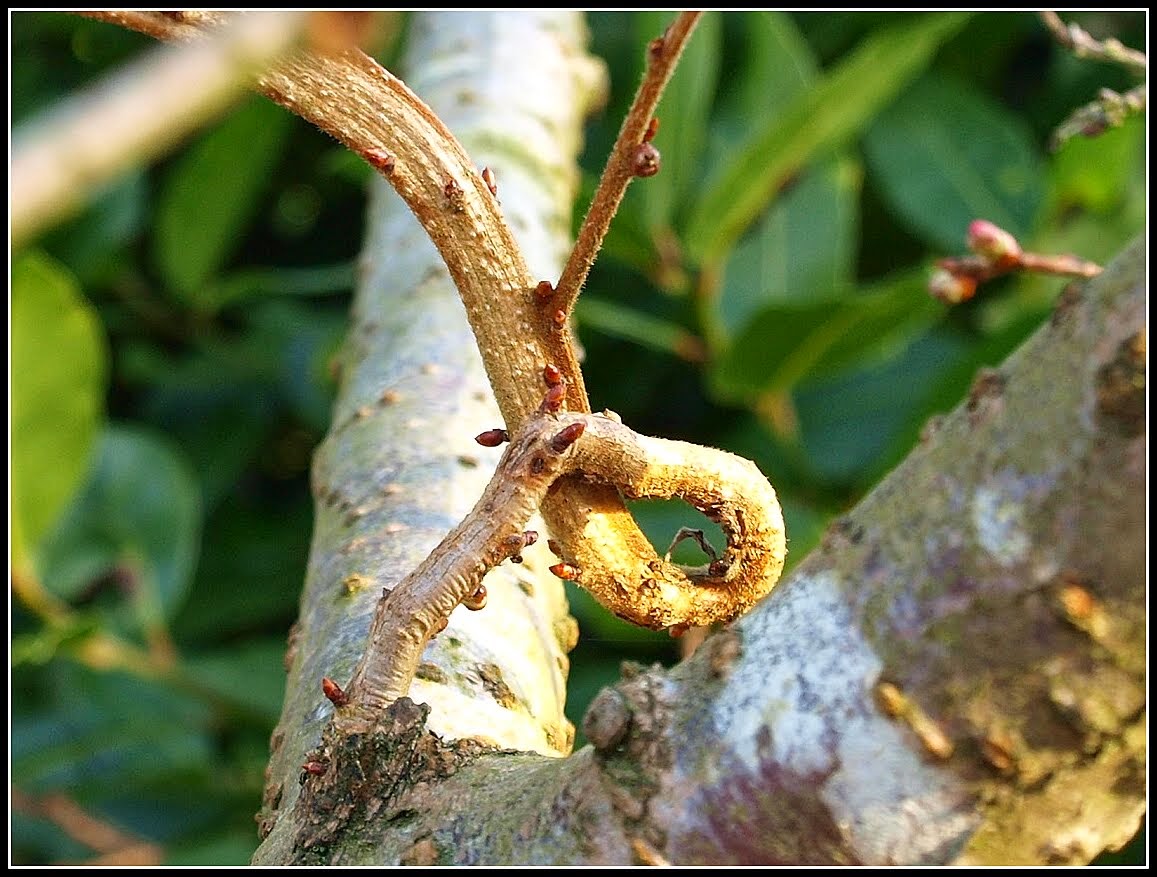 Having finally decided the direction in which it wishes to grow, it then heads off in a pattern that sees it gradually transform from cylindrical to ribbon-like, and increasing in diameter: 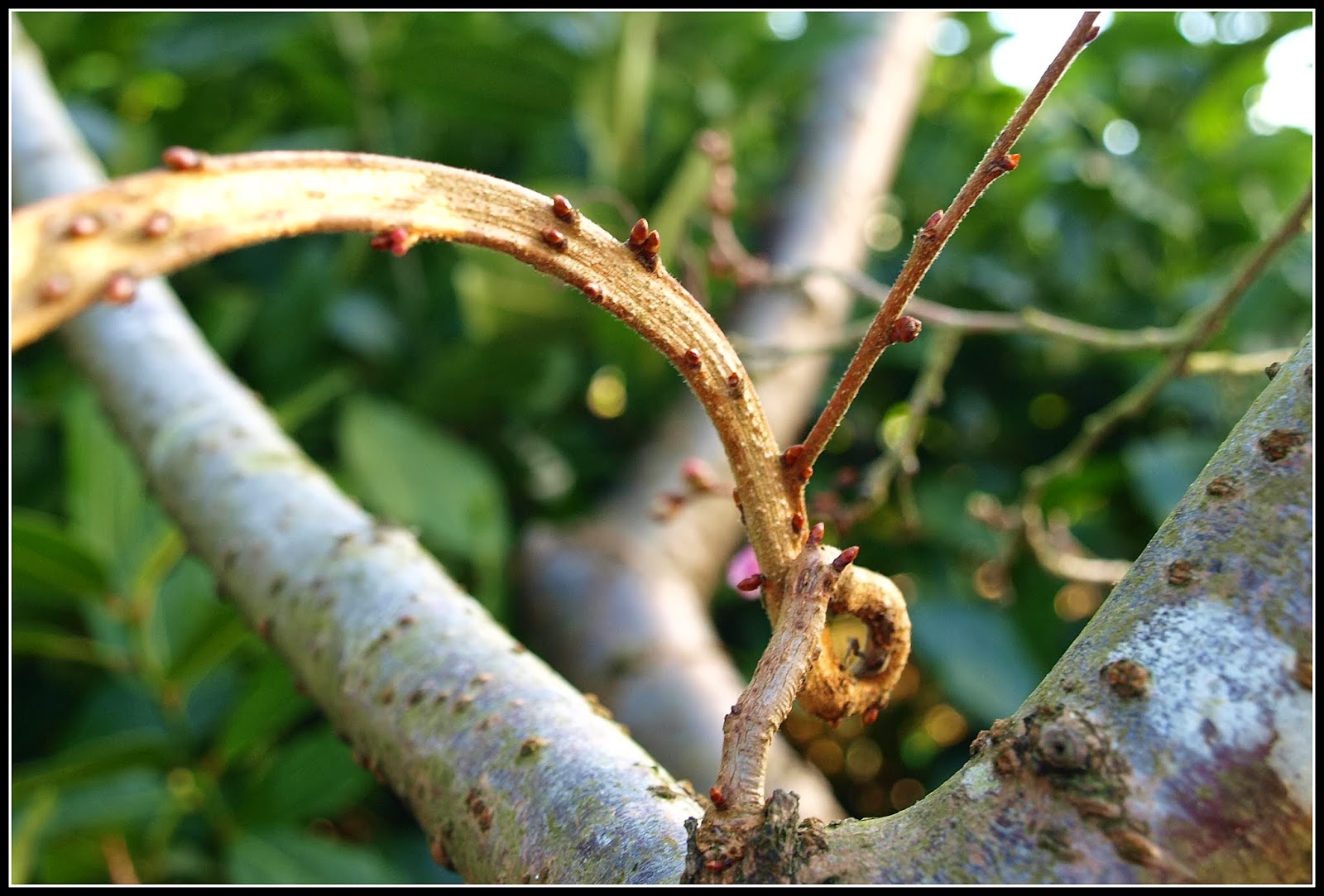 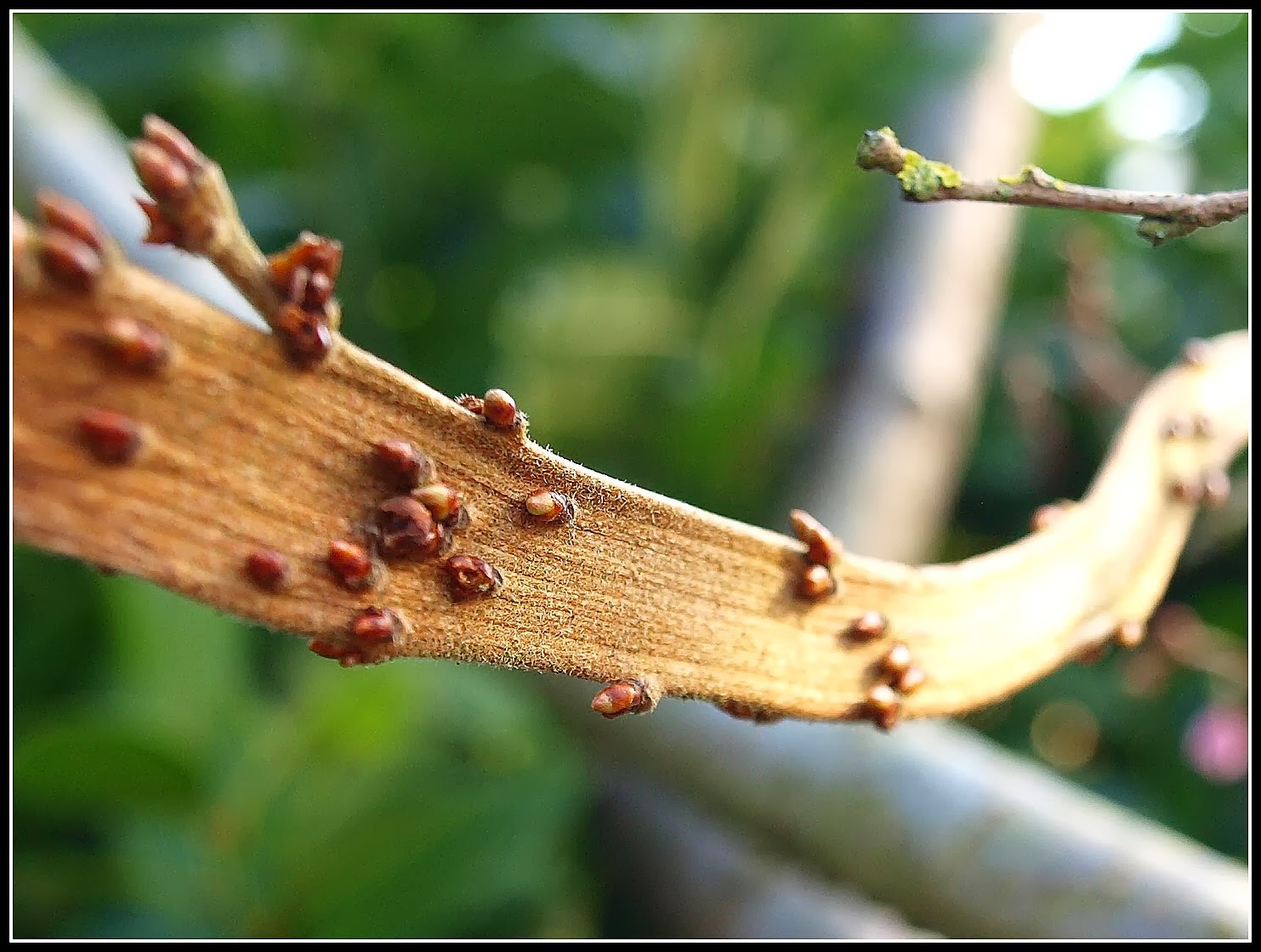 So far, the twig is about 2 feet long, but presumably it is continuing to grow. I wonder how wide it will get?
﻿ 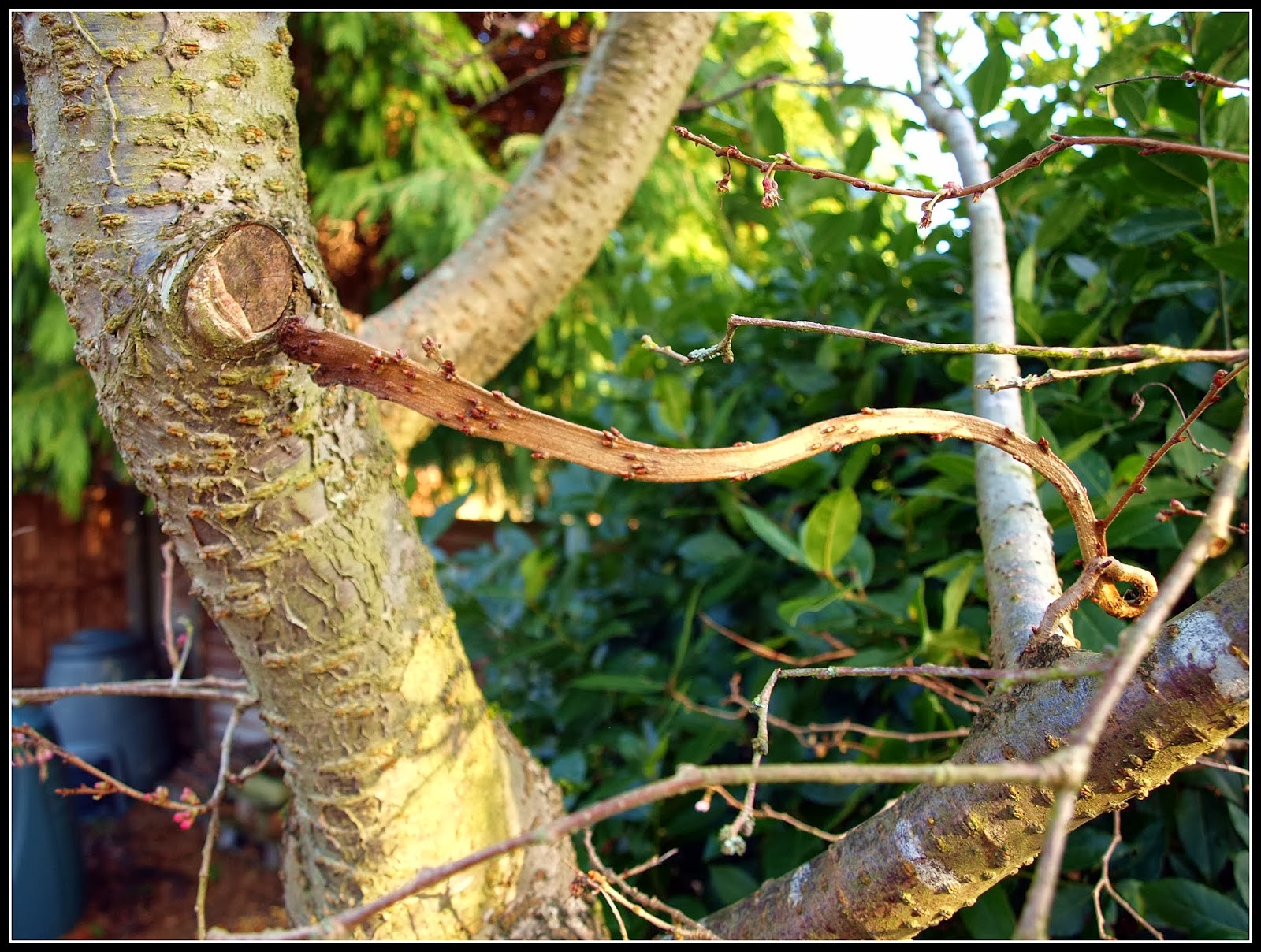 ﻿
In order to take my photos without looking up into the sun I had to take the kitchen step-ladder outside. This enabled me to see aspects of the cherry tree that I don't normally see, like this tiny "moss garden" nestling in the crook of a branch: 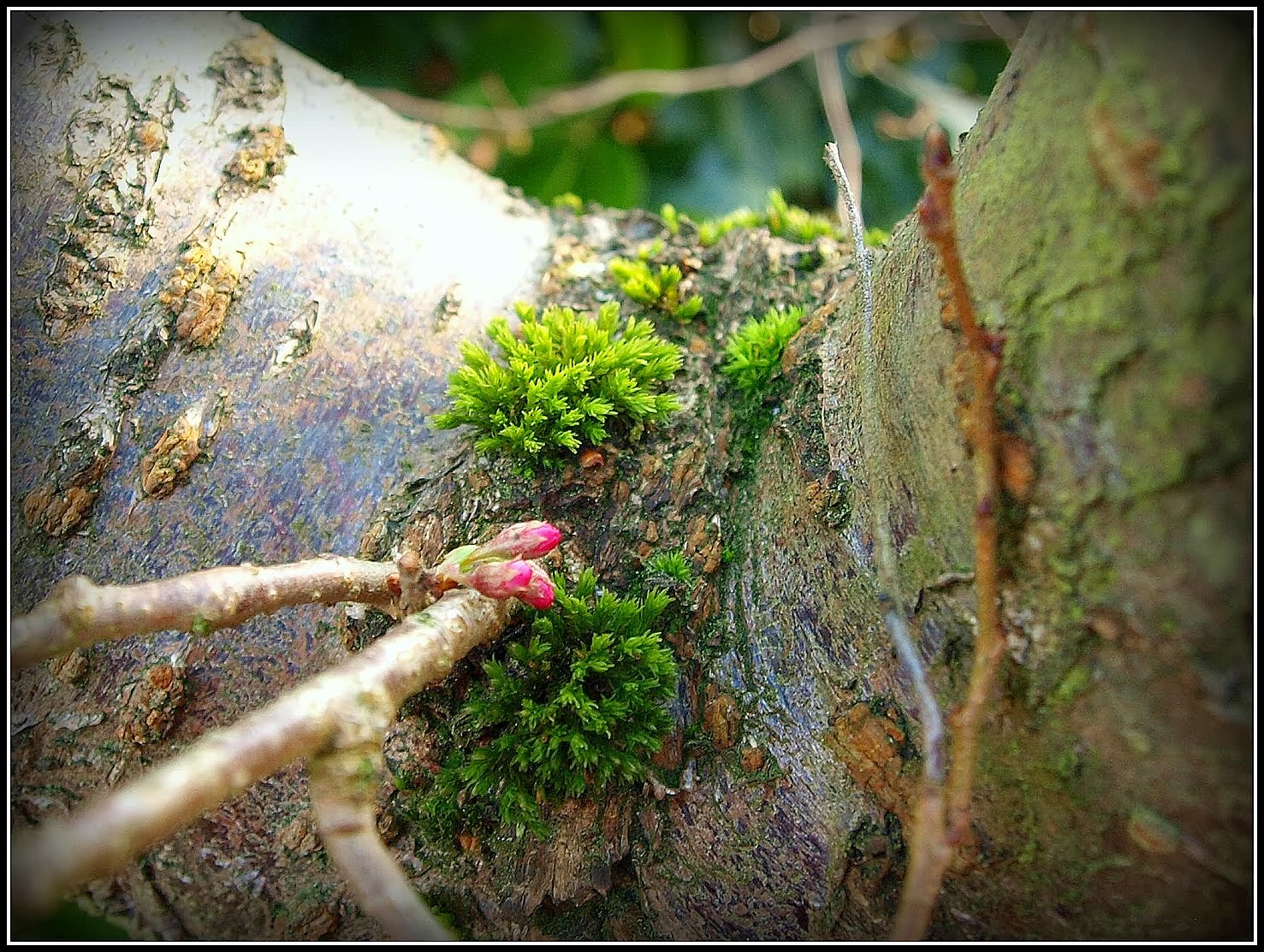 ﻿
﻿I think this is amply demonstrates the idea that if you only look at something from a distance you usually see just one thing, but when you look closer you see lots of other things as well!
Posted by Mark Willis at 12:00