Sunshine after the storm

I feel almost guilty that we have not been the victim of a flood, because so many other people have! On Wednesday on our way home we crossed the River Thames at Marlow, where the flooding is really bad, so we were able to see for ourselves what the situation is like. Fortunately we got home before the worst of the storm hit, and it was a rough night, though I don't think we had 100 mph winds like some places did. Yesterday I was out in the garden taking a close look.

There is not a lot growing in the garden at present, so damage was insignificant, but I did have to re-tie a couple of the PSB plants and hammer their stakes in a bit further. They had been loosened by the constant buffetting of the wind.


The PSB plants lost a couple of leaves, but otherwise they look OK (though too small for my liking!). The shoots are forming nicely:
﻿
﻿
I'm just a bit worried by one thing. Take a closer look at the stem of the leaf seen in the photo above at bottom left: 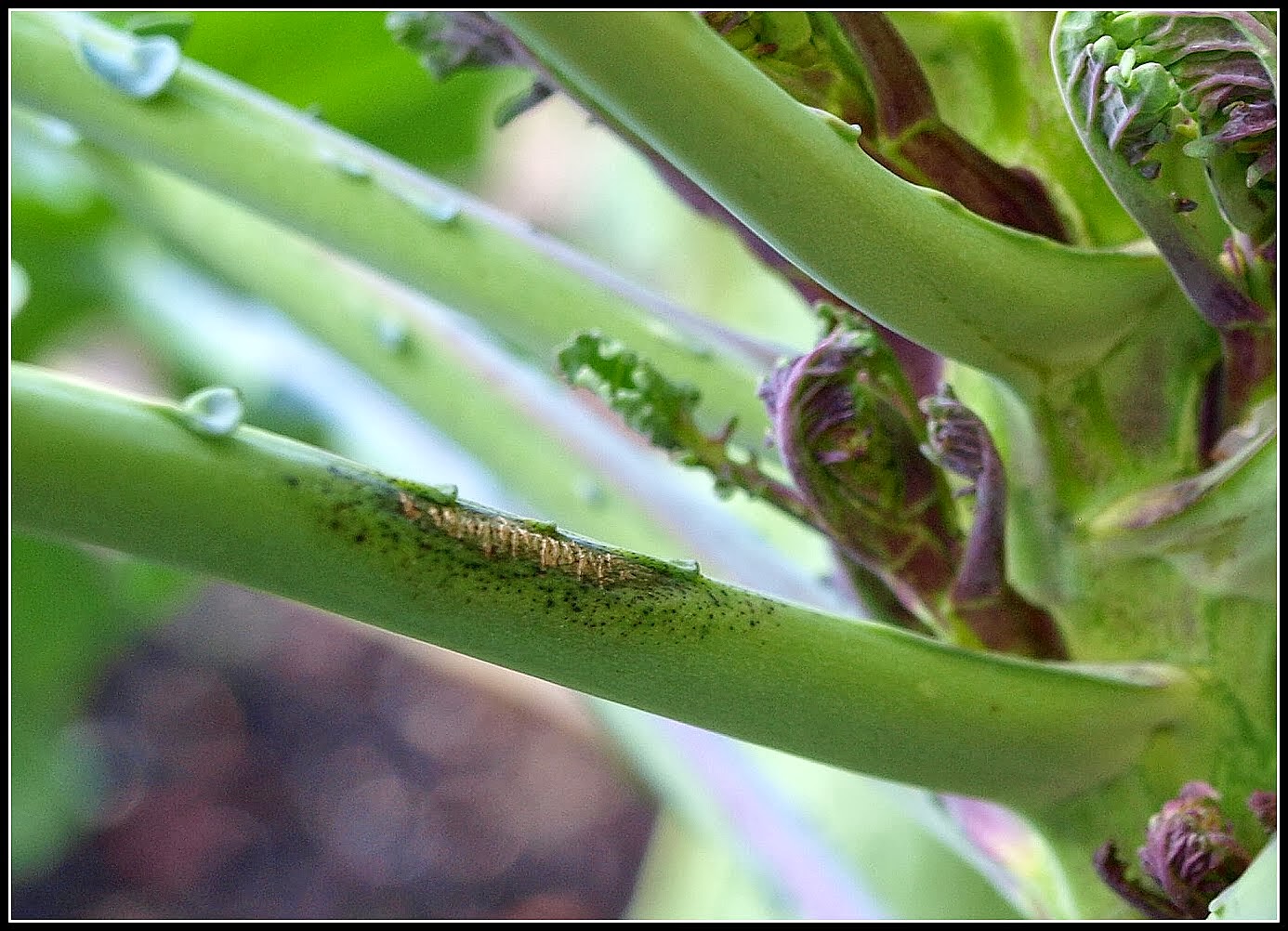 ﻿
What has caused that, I wonder? At first I though it was chafing, caused by rubbing against something, but it doesn't appear to be near anything, and in any case that wouldn't explain the little black pinhead dots surrounding the "abrasion". Is this a sign of disease, perhaps? I'll be keeping an eye on the plants to see if any more of these appear.

Elsewhere, the plants seemed to be enjoying the brief lull between storms, and basking in a bit of unaccustomed sunshine:

The rhubarb has made another couple of leaves since I last looked. Just need them to get bigger now...
﻿

The weather forecast is for another storm to cross the British Isles today, so it sounds unlikley that I will be doing any gardening!﻿

P.S. Since I wrote this, the wind and rain have indeed returned. I bet sales of polytunnels are booming this year!
Posted by Mark Willis at 12:00