Making the most of the sunshine

The weather over the weekend was amazingly good - sunshine and blue sky for most of Saturday and Sunday. Good gardening weather! I took the opportunity to do a number of little tasks in the garden.

Task number 1 was re-potting the Strawberries into black plastic storage-crates, four plants to each crate. Naturally I made sure they had fresh compost and a handful of general-pupose fertiliser to give them a good start. 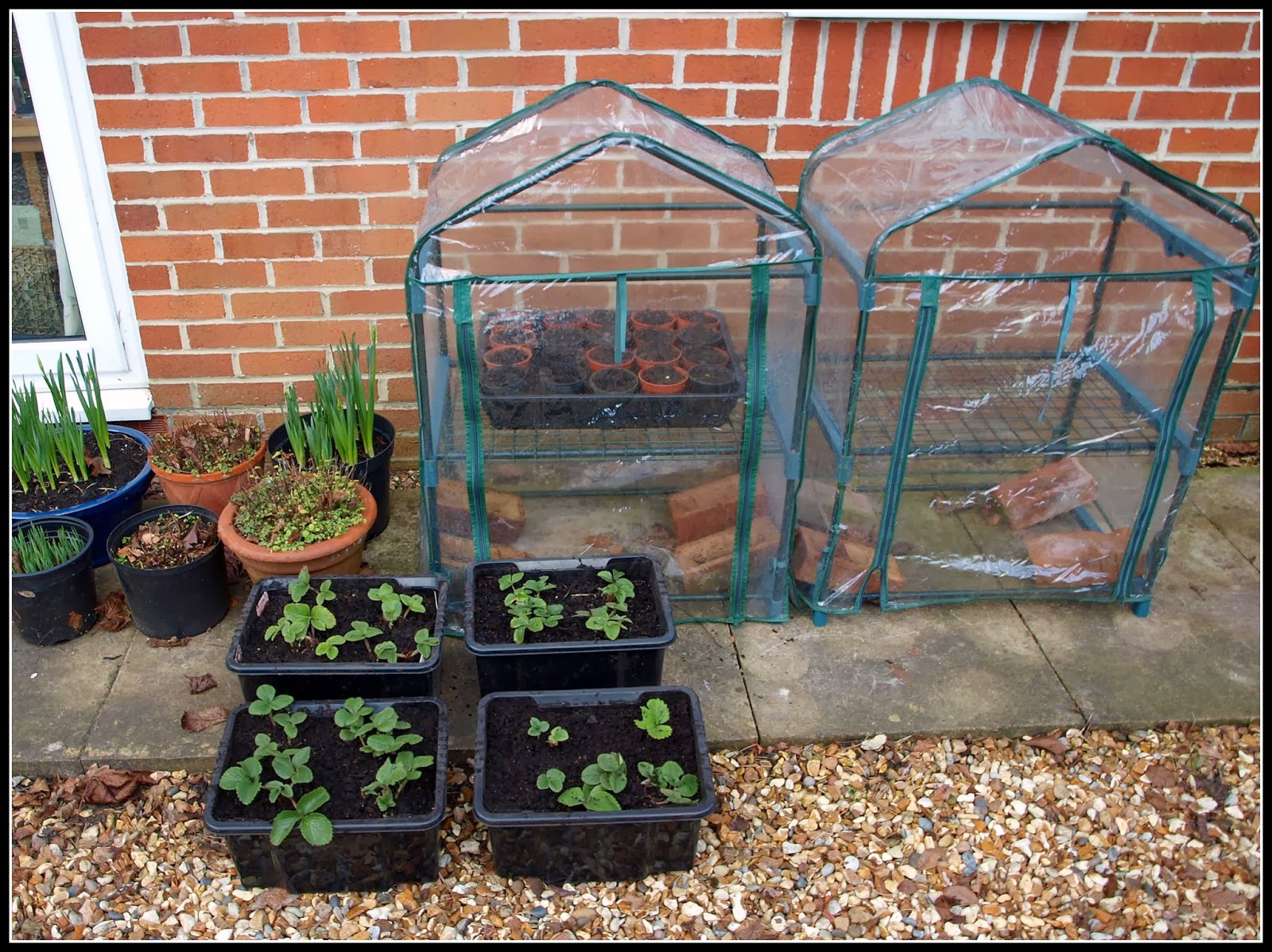 Some of them are bigger than others, because these are my original 4 plants (bought in Summer 2012) and two generations of their progeny. The Alpine Strawberries that I grew from seed have been planted into a border. I can't yet see them as a serious cropping plant, because the yield was so very tiny. The others though are now under the protection of a couple of the plastic mini-greenhouses, in which the crates fit very neatly:


﻿
The little pots in the black tray on the top shelf are full of Broad Beans that are just germinating: 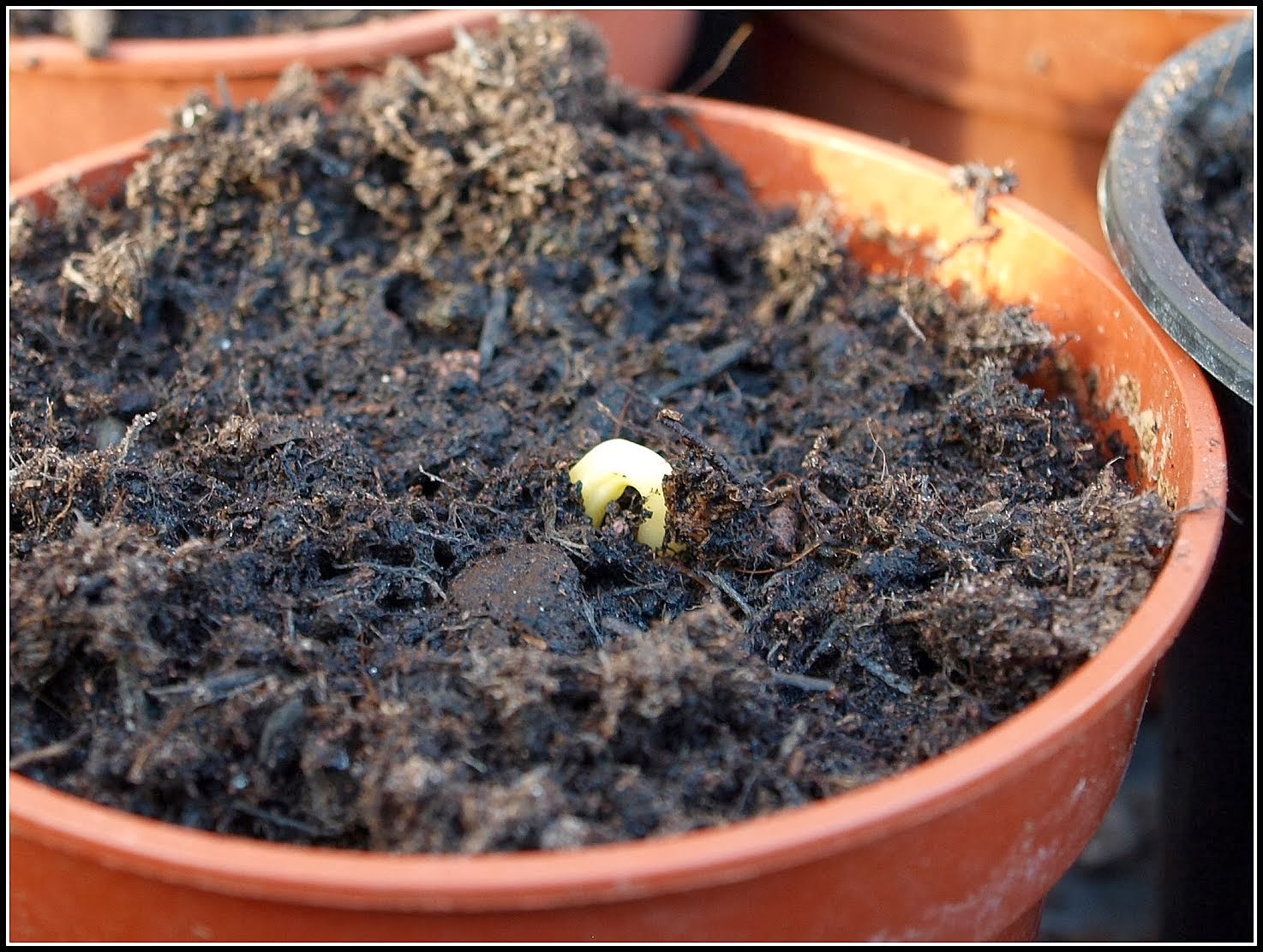 ﻿
Up till now I have had those BBs in the garage where it is warmer than outdoors, but not too warm. The garage is part of the main structure of our house, not detached, and it is a very useful asset. Apart from germinating seeds, I also use it for chitting potatoes and storing wine!

Once the Strawberries had been put to bed, I had a go at pruning the Rosemary bushes which had been invading one of the raised beds. This is what they looked like a few days ago: 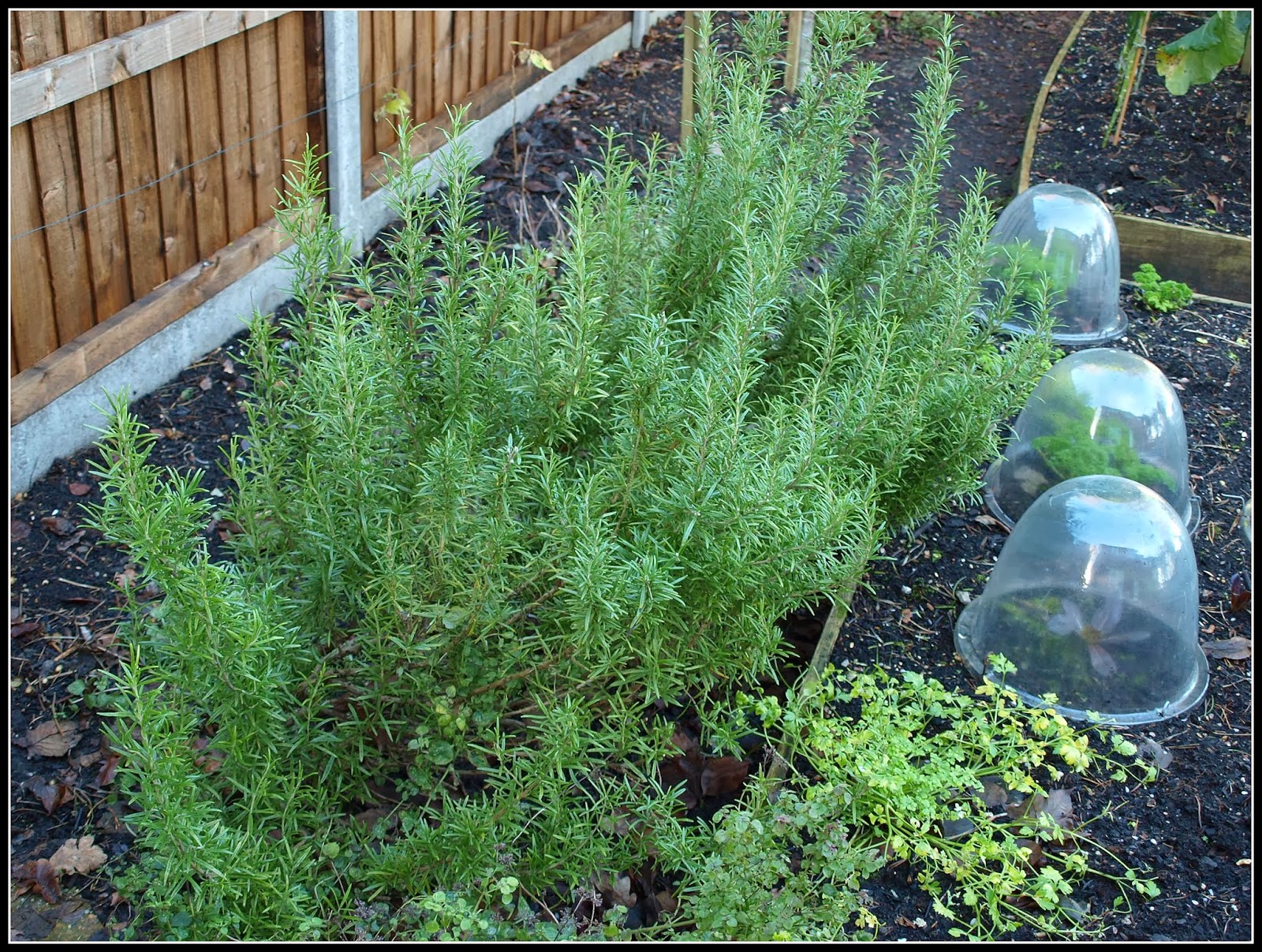 And this is afterwards: 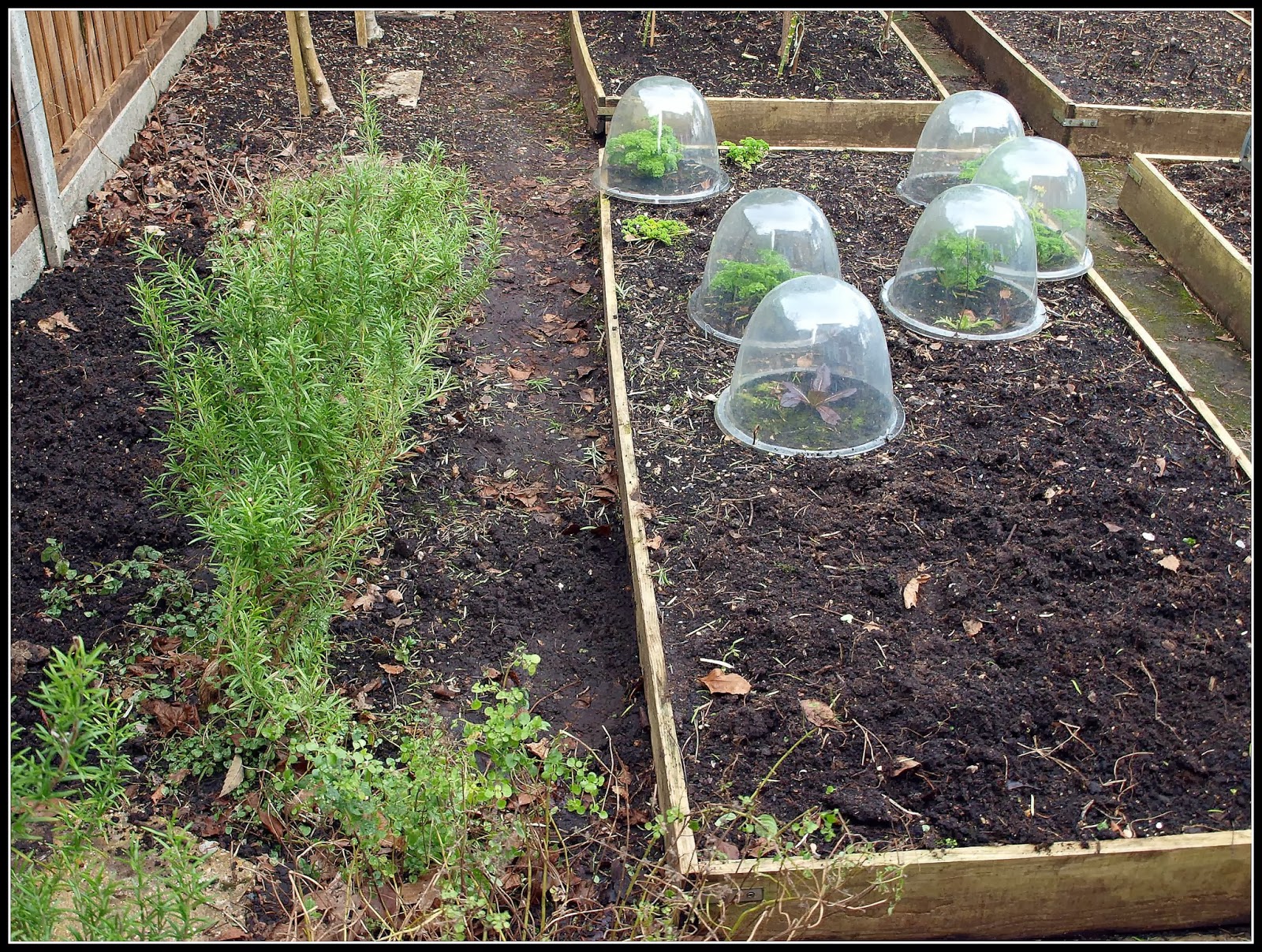 That's better, isn't it? I cut off huge quantities of Rosemary twigs / branches, but the bushes are still fairly big, and I'm sure they will soon fill out again.

Just to make sure that I'm never short of Rosemary, I pushed a few twigs into the soil near the fence, where some of them are bound to take root. 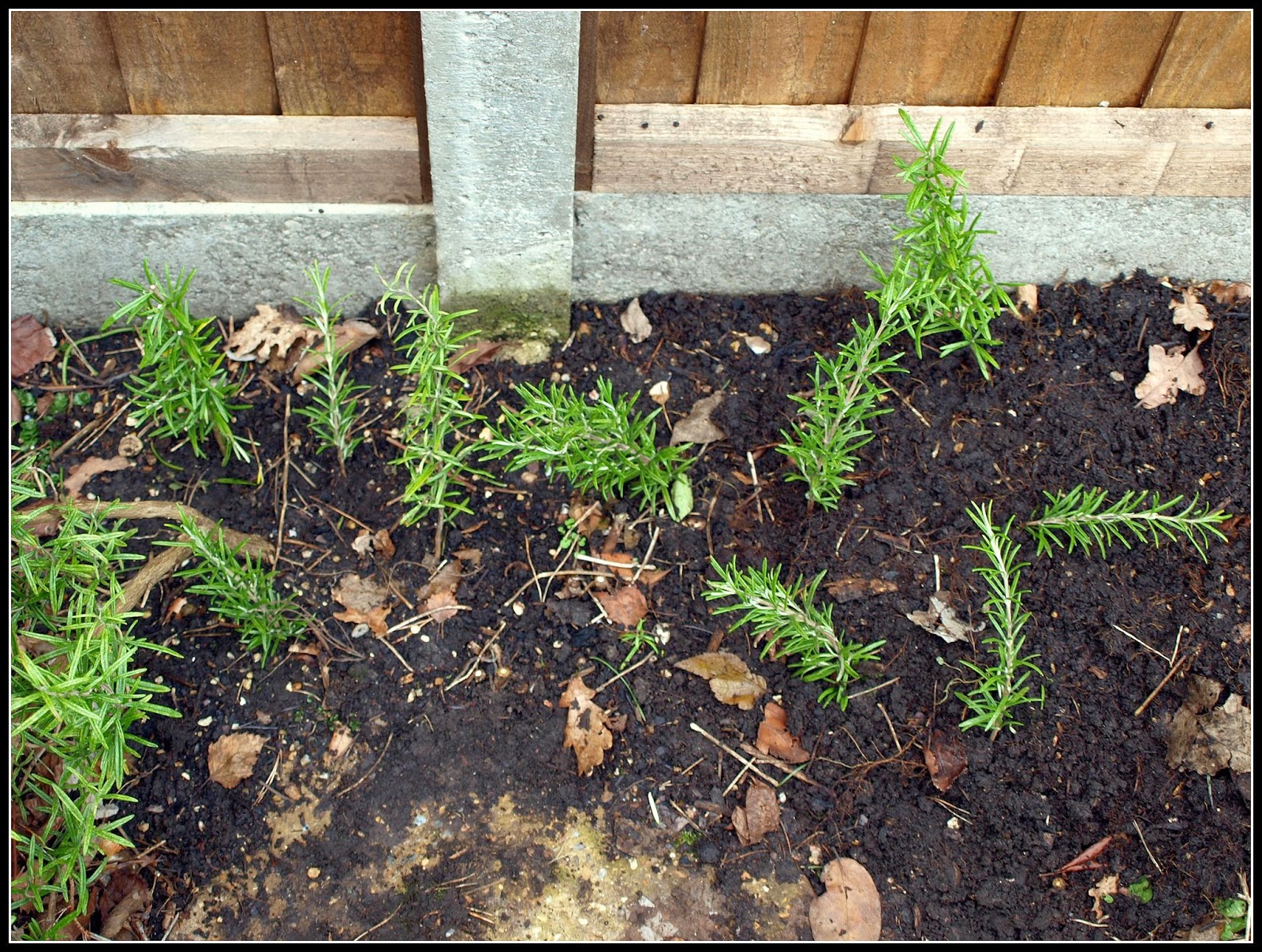 ﻿
I also temporarily removed the cloches covering some of my Chicory plants, and gave the soil a bit of a fork over before adding a liberal sprinkling of "Growmore" multi-purpose fertiliser, which will hopefully give them a boost. The protection of the cloches is largely beneficial, but there are some disadvantages too. For instance, the micro-climate underneath them is very different to the conditions outside - drier and slightly warmer - so you do need to remove the cloches occasionally to water the plants. The surface of the soil was green with algal growth and needed to be turned over.

The trouble with gardening is that the more you do, the more you see that needs doing. As I worked I was conscious of the deep shadows cast by my huge Bay tree and remembered that this is the time of year when I usually prune off the top couple of feet. Oh, and the Mint needs dividing and re-potting; and the Lavender cuttings I took in the Autumn are covered in fresh growth and ought to be potted-up; and... and... and...
Posted by Mark Willis at 12:00