At last the monotonous Winter greys are being replaced by colourful Spring yellows, reds and blues! 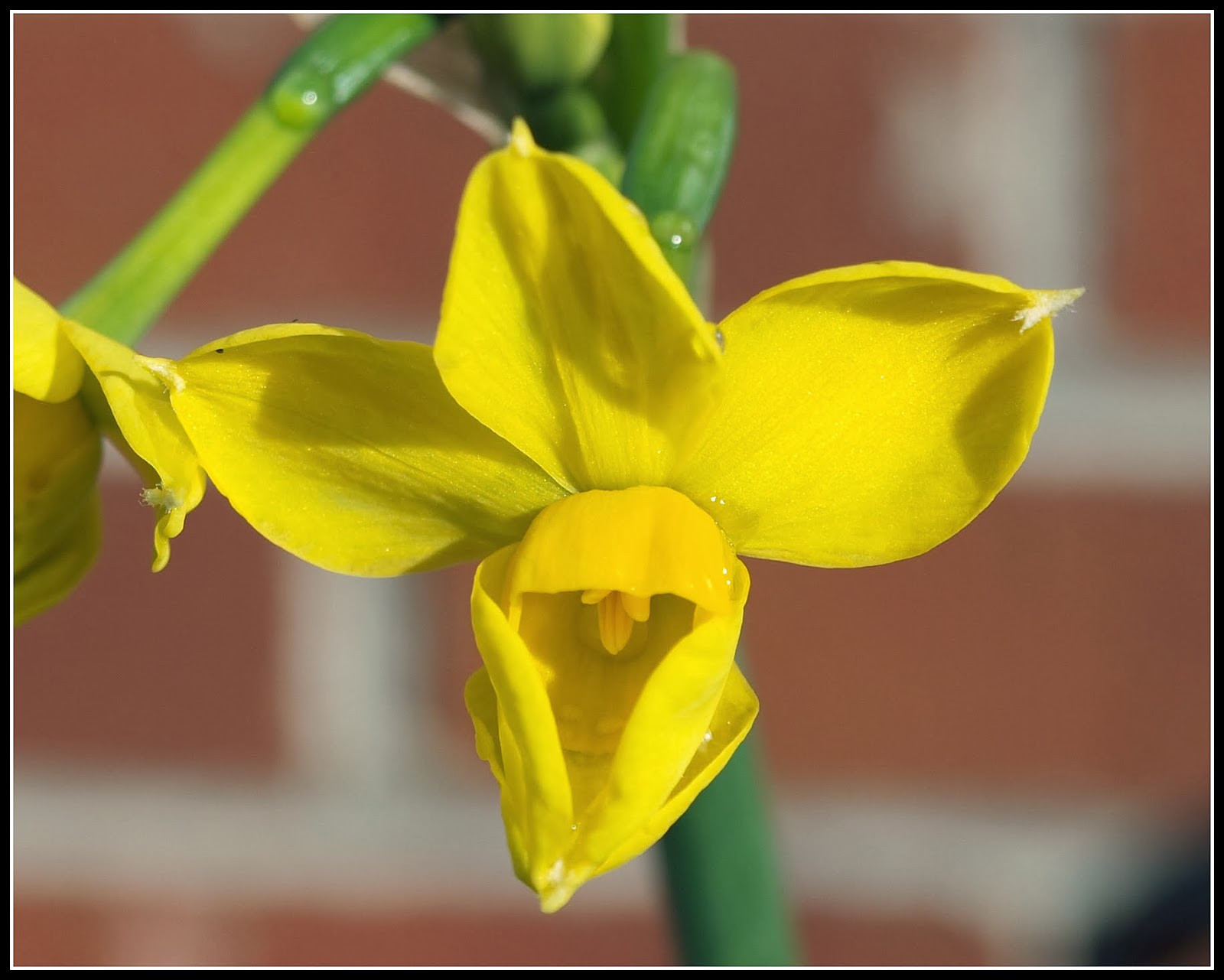 I have some of the "Soleil d'Or" daffodils from Scilly in a pot outside the front of the house, in an attempt to screen a section of rather unsightly pipework: 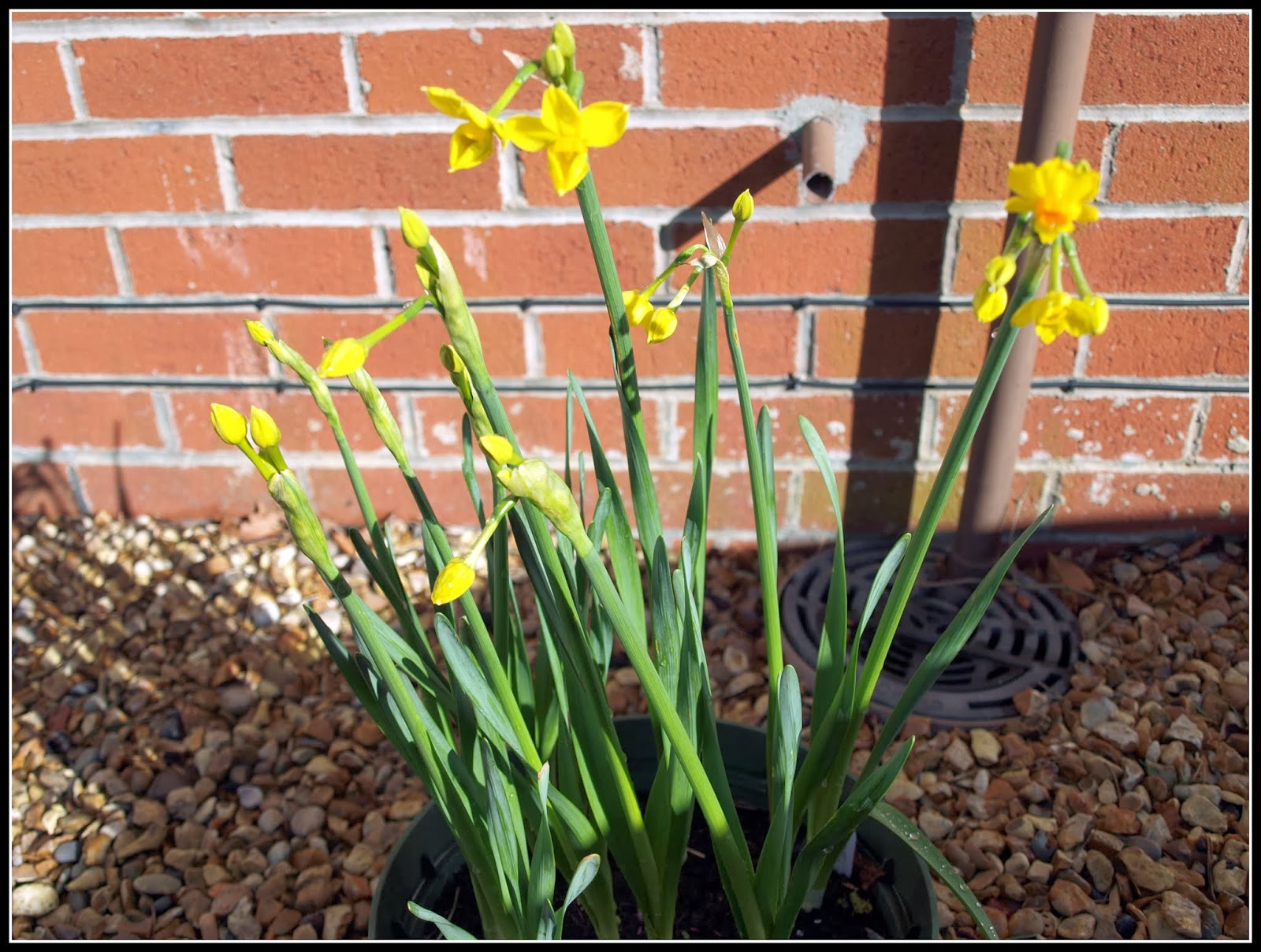 The husk at the tip of each stem bursts open to release a clutch of slim, delicate flowerheads: 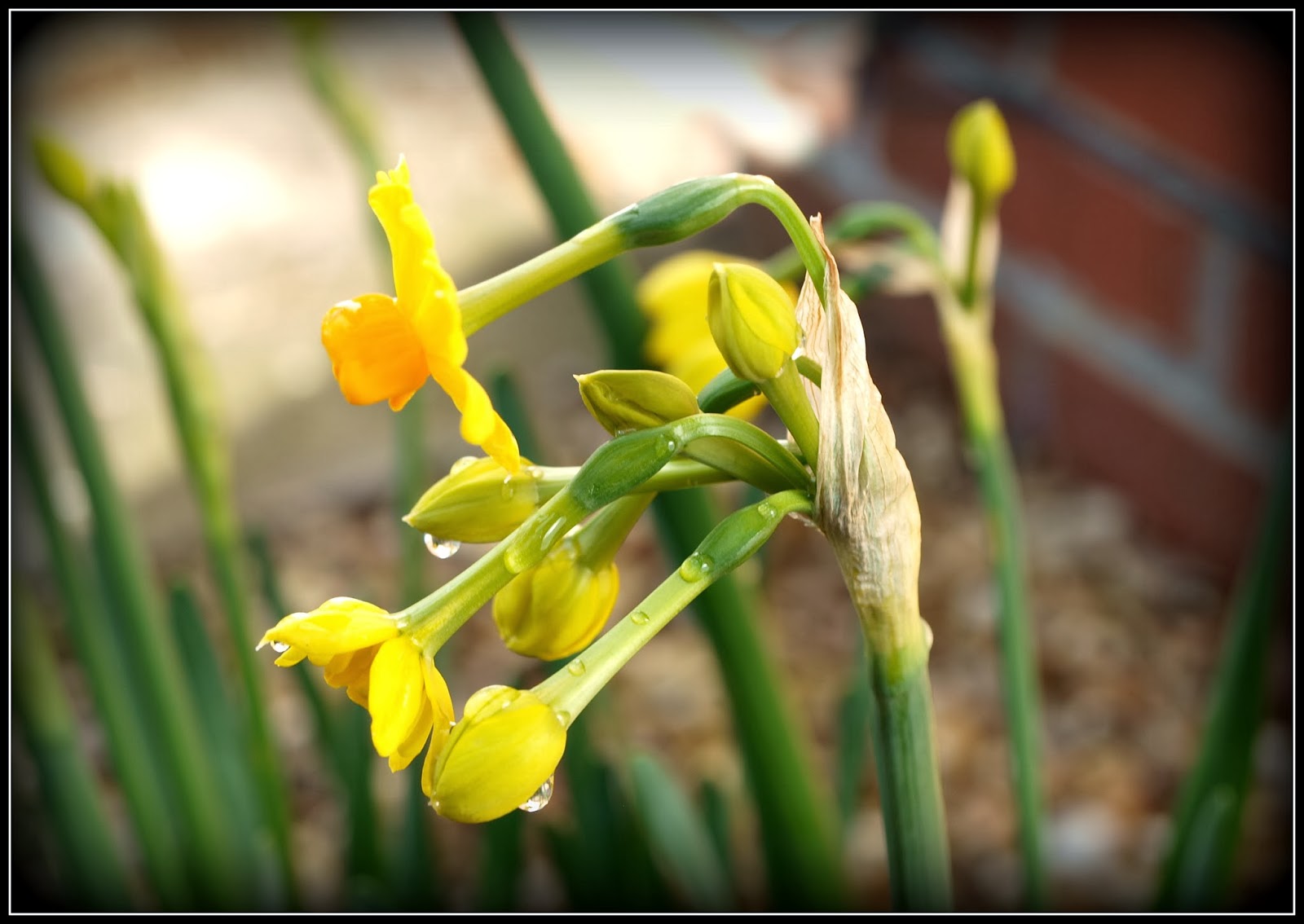 They seem to be in a range of colours. I had expected them to have orange centres, like the one in the photo above, but some of them are plain yellow - perhaps a slightly darker shade than the petals. 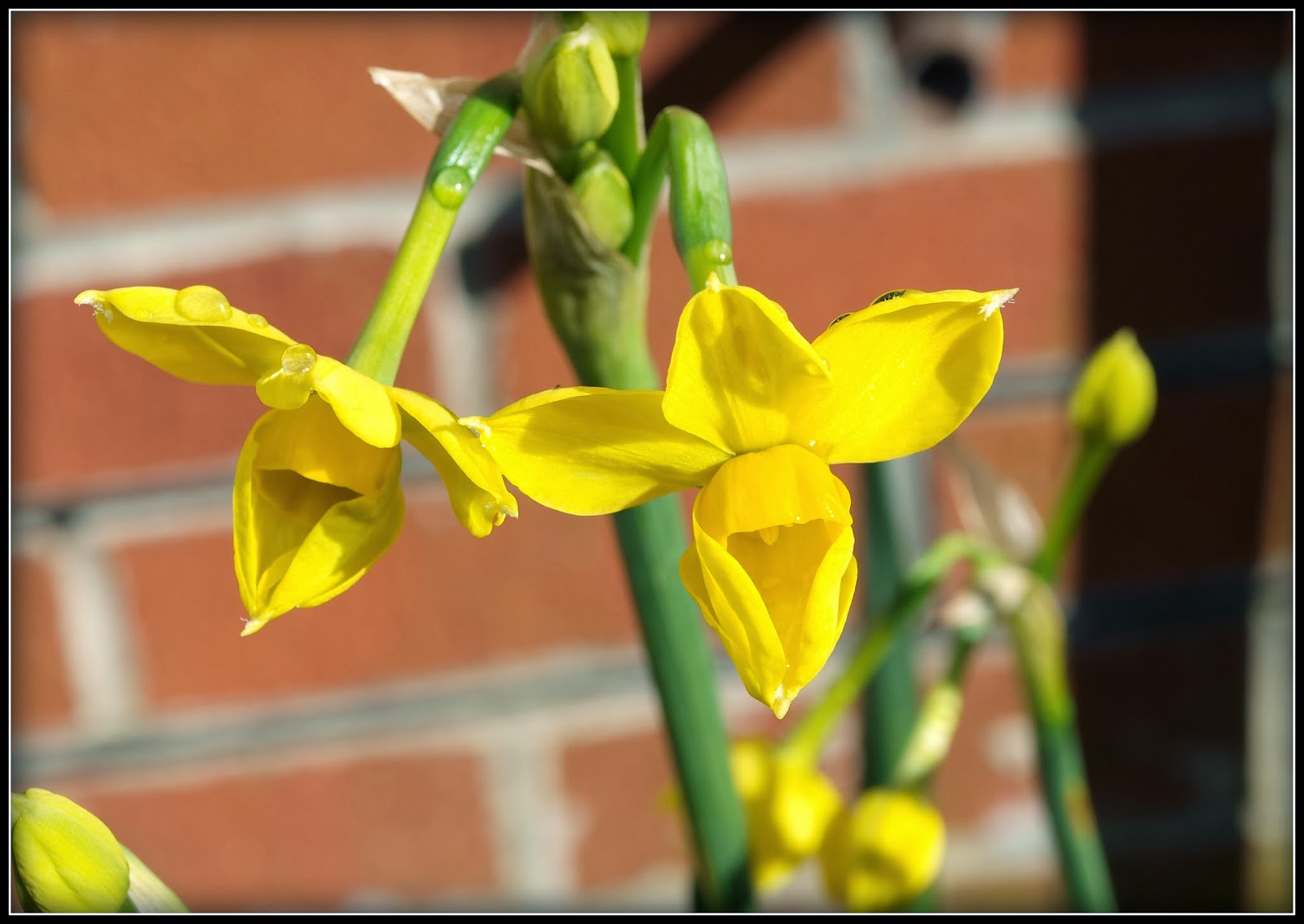 Elsewhere I have a number of pots containing "Tete a Tete" daffodils: 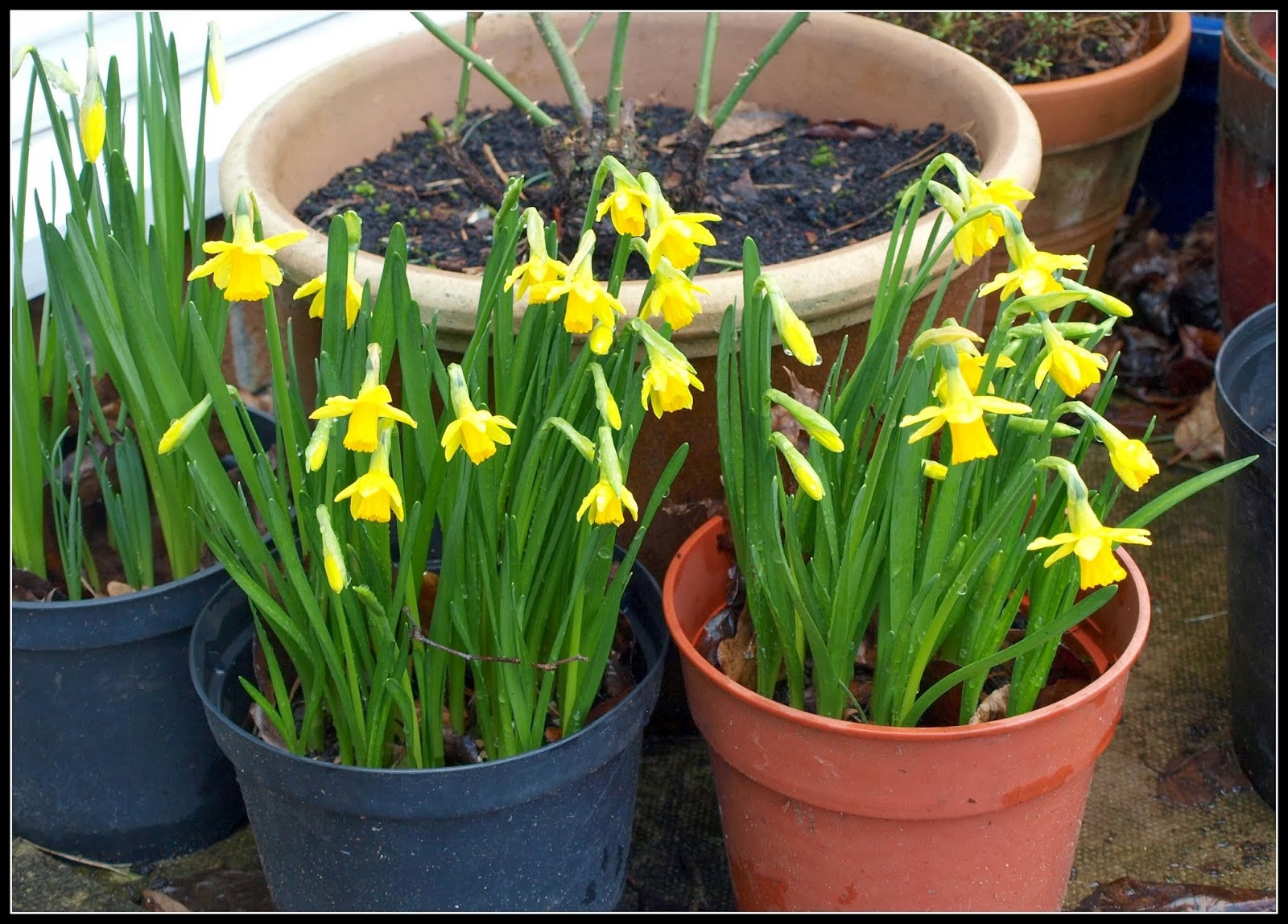 ﻿
These are a favourite of mine. Being so diminutive, they seem very much in keeping with the small dimensions of my garden. They are also less prone to wind damage than their taller brethren.

I also have a very weathered long trough made of reconstituted stone, in which last year I planted some Primrose seedlings. Despite having been ravaged by the weather and by the slugs, they are flowering now: 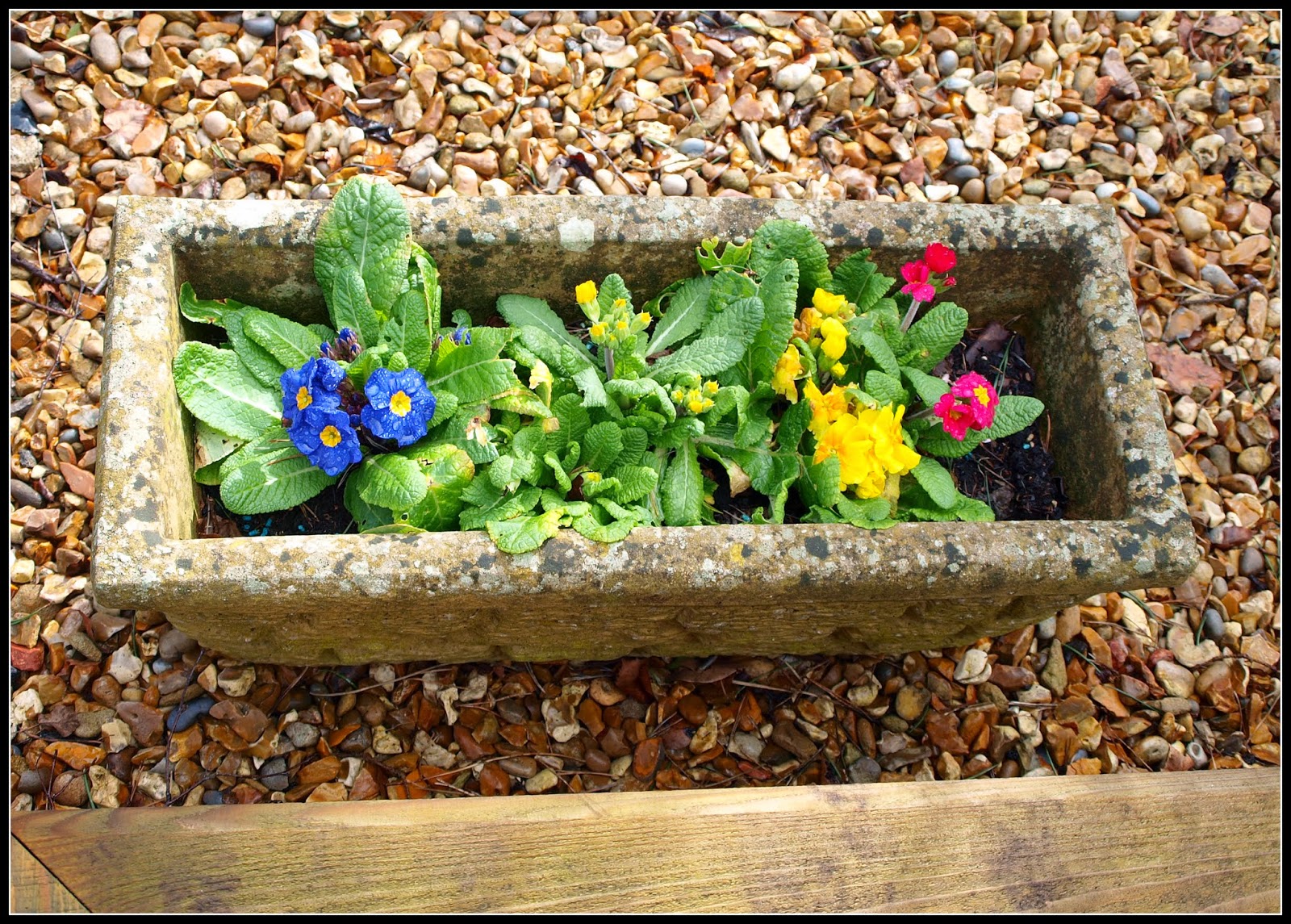 I hope they will fill out a bit as the weather improves. Lots of the leaves are very ragged, so I need some new growth to hide them!

I have already shown off some of my Crocuses, but there are more to come still: 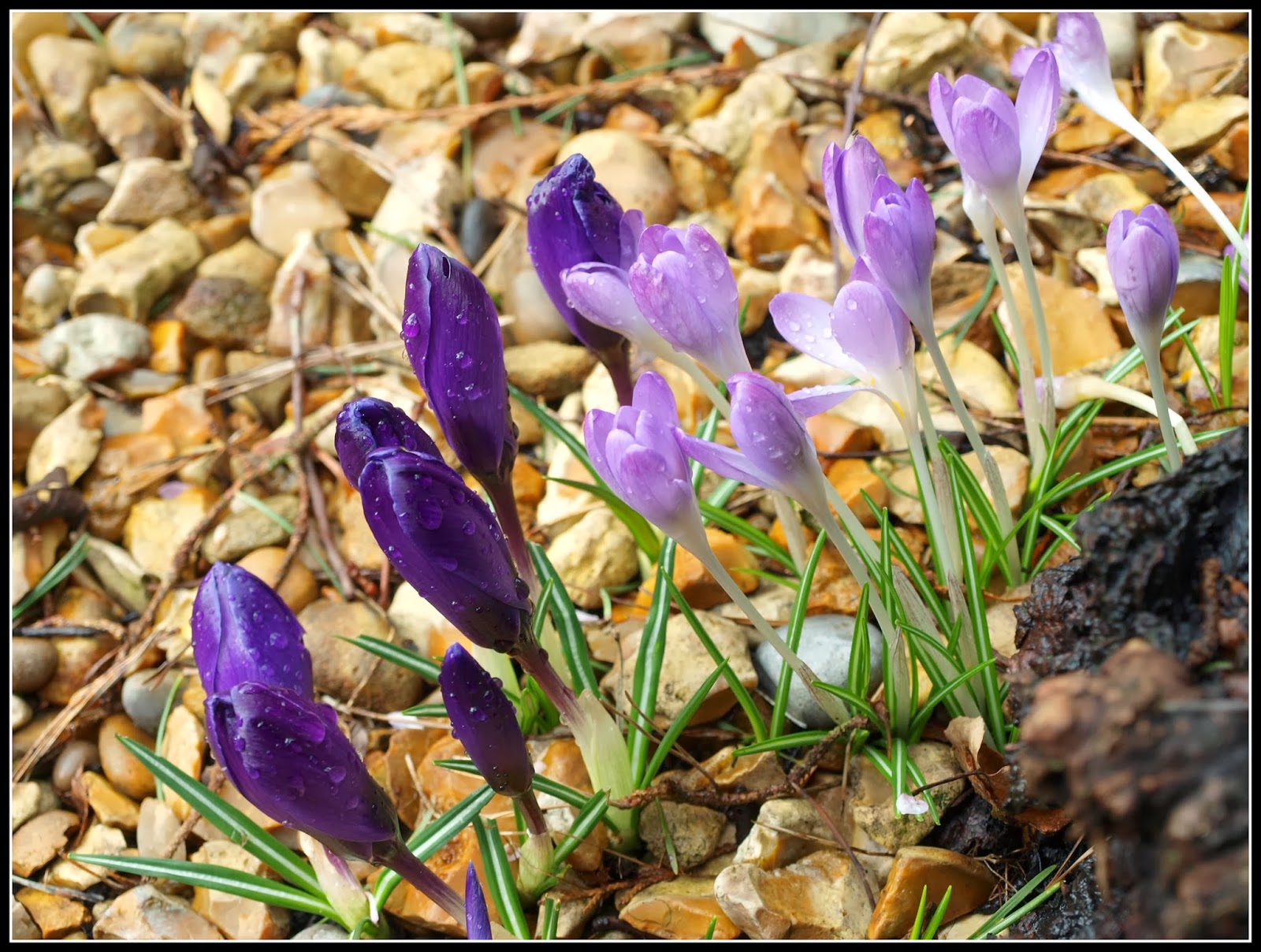 And then there are the Iris Reticulata...  I have several different ones now, which is nice because they flower at slightly different times. 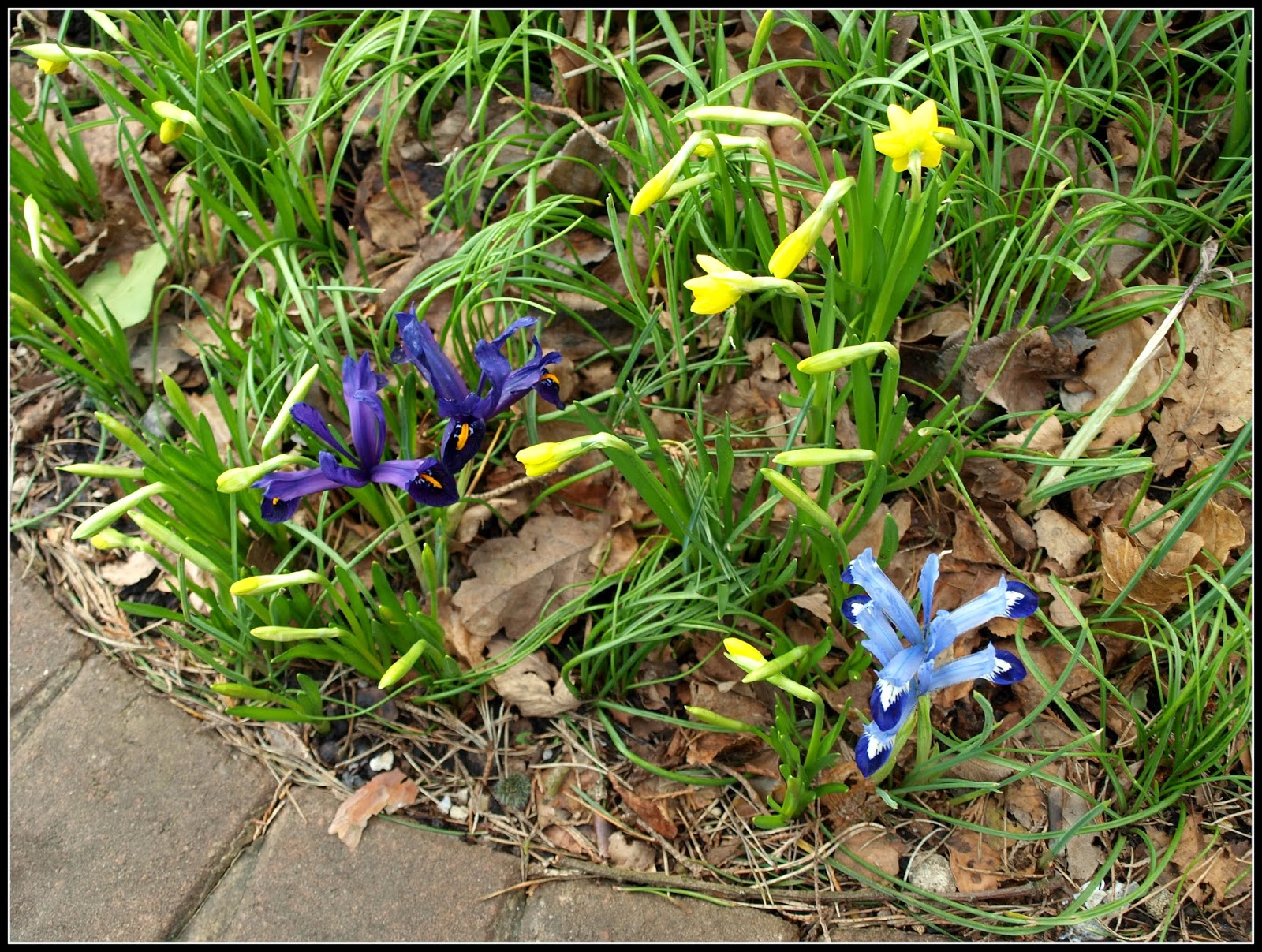 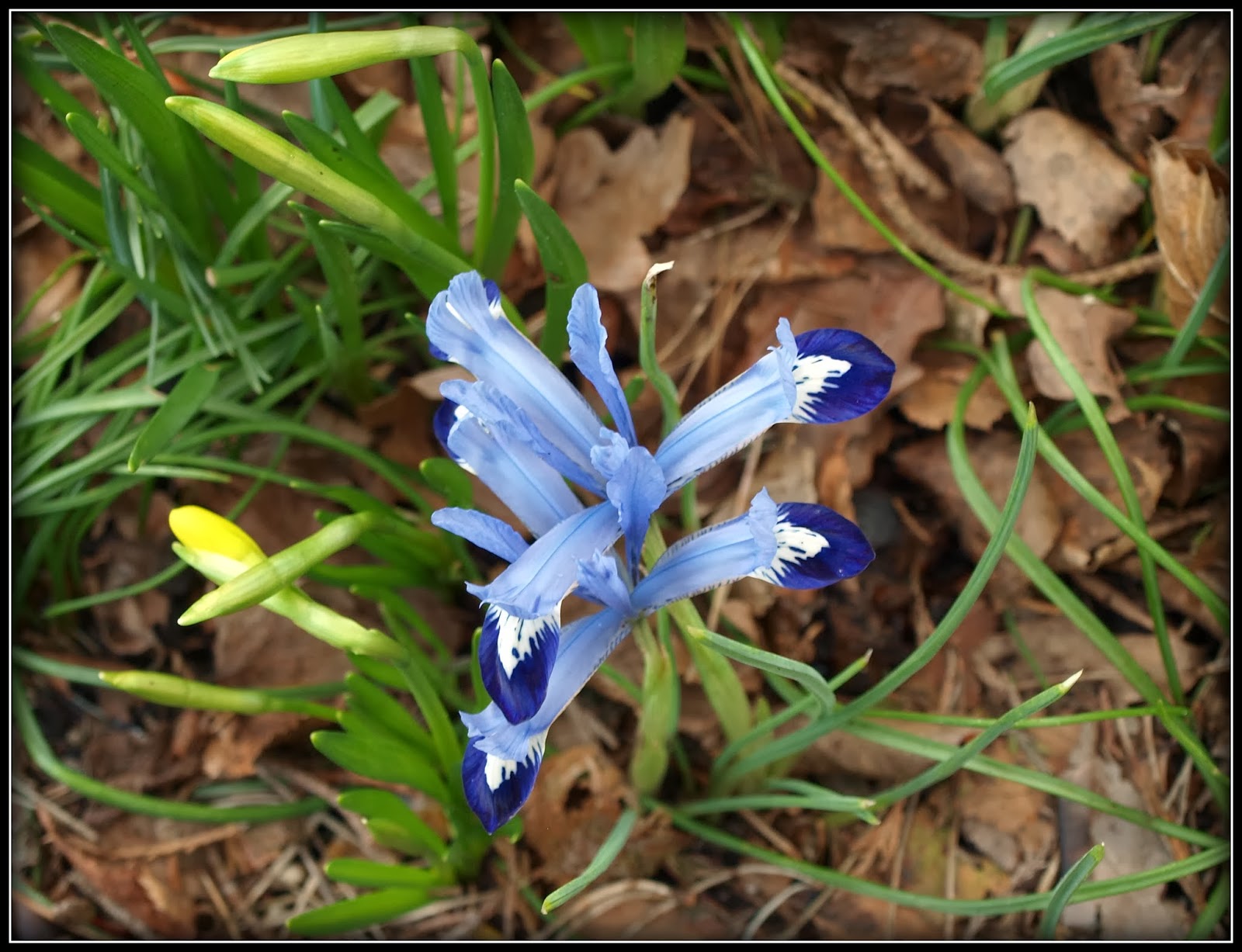 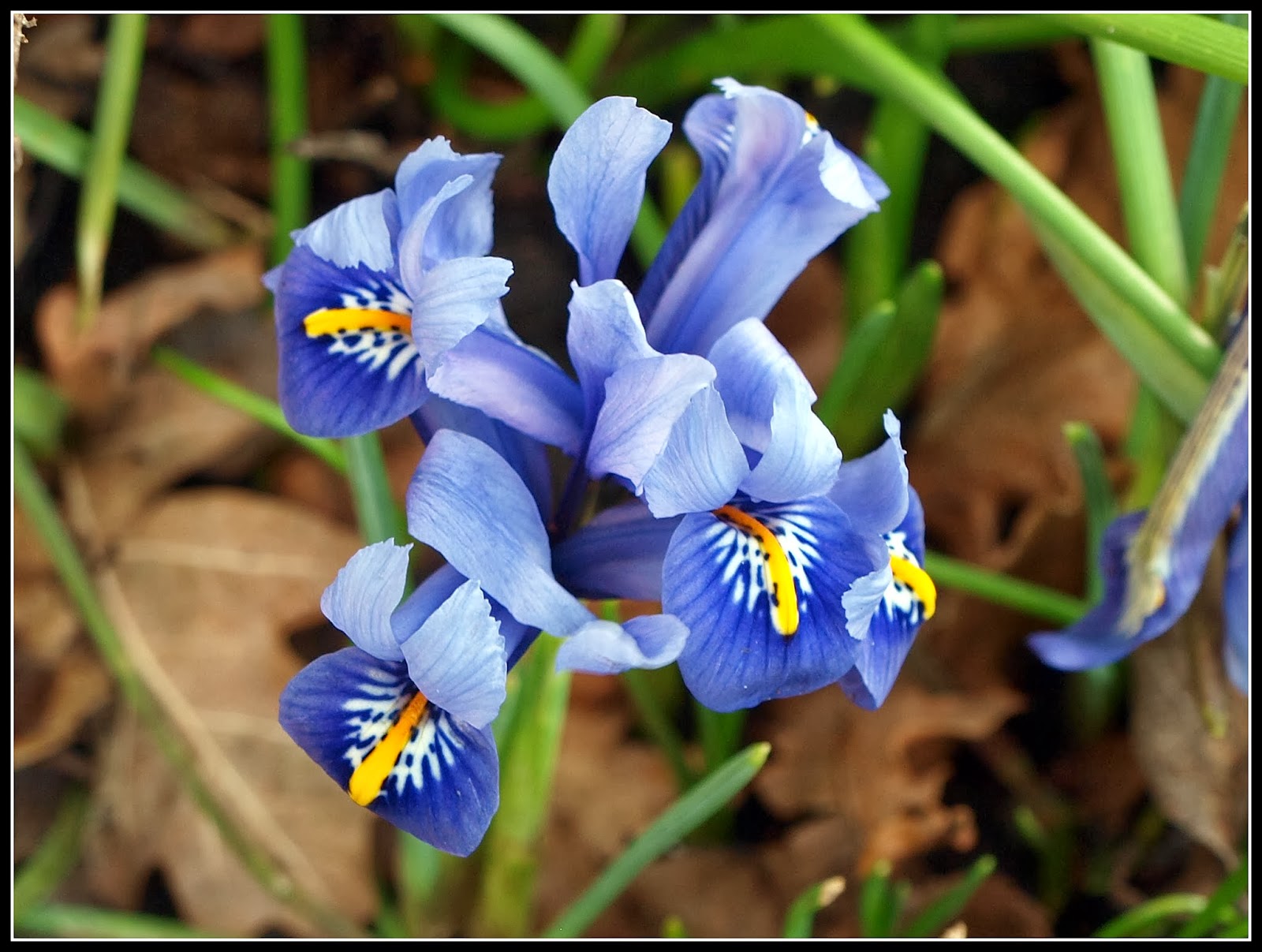