The other day I discovered a business called "Craving Curries", which specialises in providing the dry ingredients for a number of different curry-type dishes. They kindly offered me with a free sample, and I chose the Cardamom Curry kit. 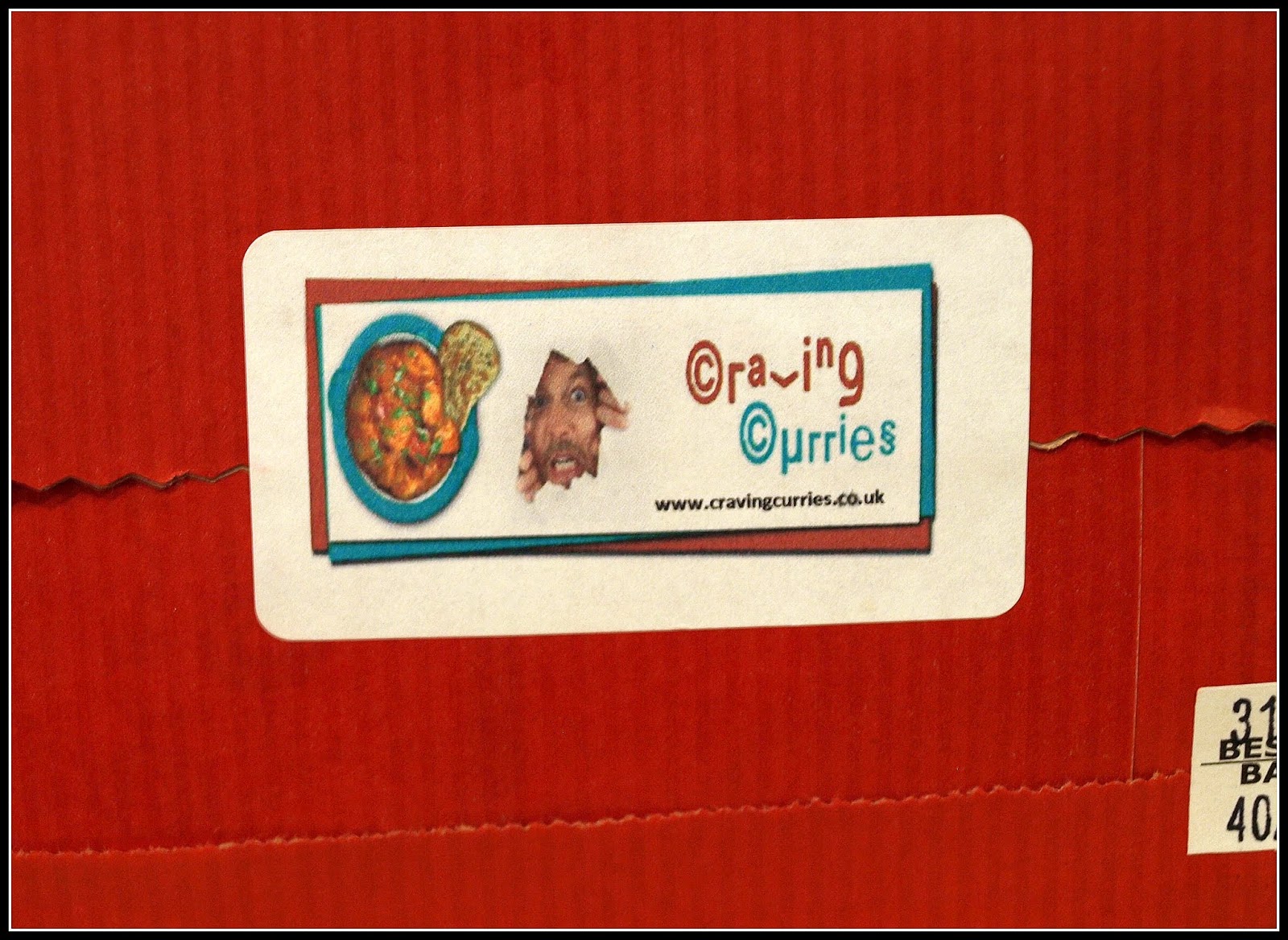 The kit is presented in a bright red paper bag, inside which are the spices in little plastic bags. My kit had 3 bags, identified with the letters A, B and C. Spice Bag A contained the main spice element (in my case mostly Cardamom powder), Spice Bag B contained additional spices such as chilli, turmeric, coriander and pepper, and Spice Bag C rather superfluously contained salt! A recipe leaflet was also included. 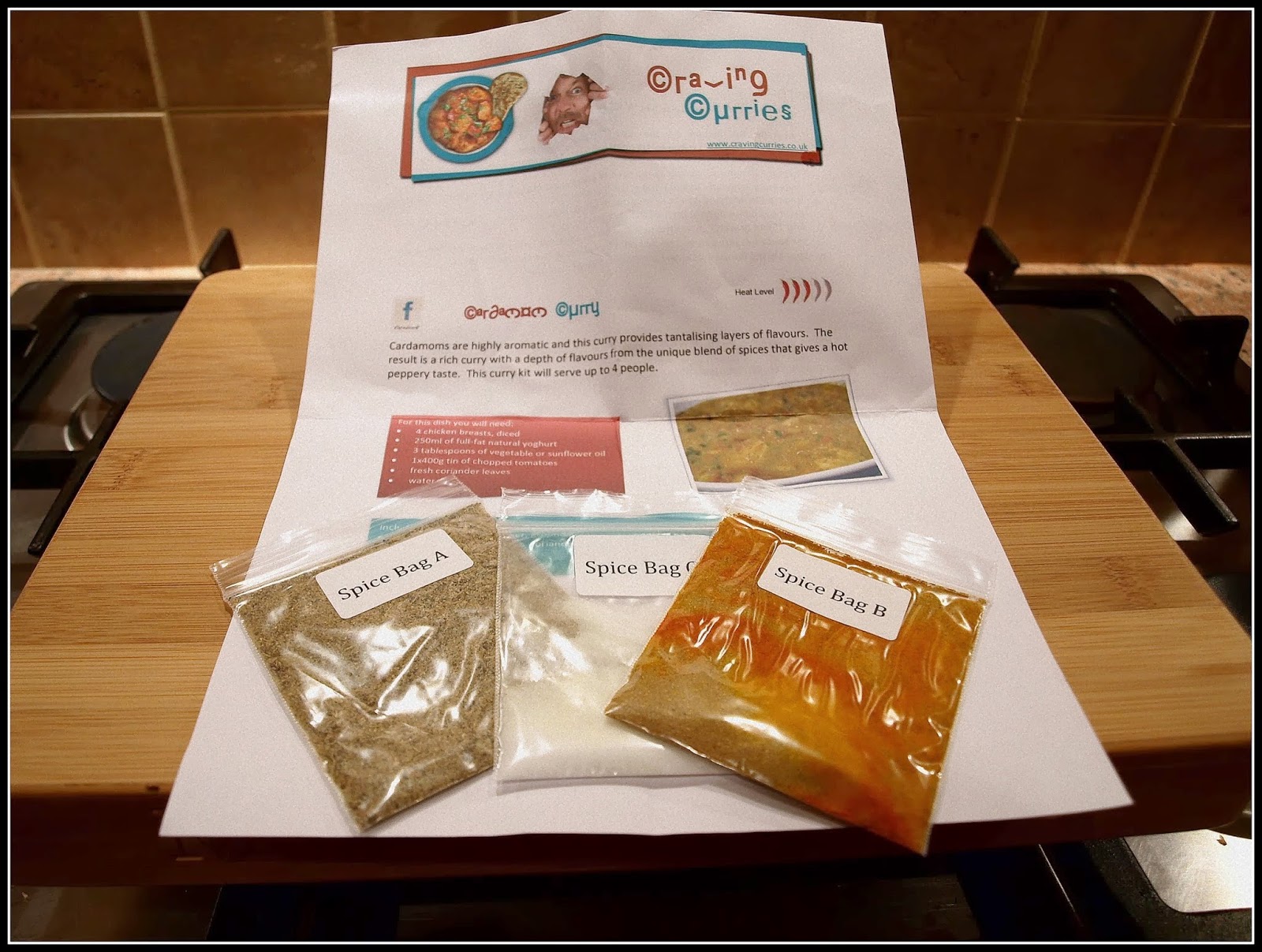 These kits are evidently aimed at the person who wants to cook a curry from scratch, but doesn't have a cupboard full of spices. (Who is that person???). I have to point out that the kits only include spices and to make your dish you have to add all the other ingredients - in my case chicken, tinned tomatoes, yoghurt and cooking oil. At £4.49 each I think they are therefore a rather expensive way to make a curry! (Though of course if you had to buy all the spices separately the initial outlay would be a lot more.)

Anyway, I followed the instructions and made my curry...

Here are my ingredients. Note that they include the things I needed for a supporting vegetable dish as well, and that I have not illustrated here the rice that went with it all. The Craving Curries element is in the red paper bag.
﻿
I followed the instructions carefully, making Spice Bag A in to a paste and frying it in oil before adding the chicken and the contents of Spice Bag B. After another 10 minutes of sauteeing, in went the yoghurt and the tomatoes, and a little water. Then on with the lid, and simmer until done. I found that the moisture in the tomatoes would probably have been enough without the addition of the extra water. In fact, contrary to the instructions I removed the pan lid after a while in order to make the sauce reduce faster. Once reduced, the sauce with the added yoghurt was nicely creamy and very fragrant. Prior to serving I garnished the dish with chopped Parsley, because I am allergic to the Coriander which was recommended.


Here is the complete meal, including steamed rice and my vegetable dish:


﻿
My vegetable dish was Butternut Squash braised in coconut milk, with Cavolo Nero, flavoured with onions, garlic, ginger and chilli.

﻿My verdict: the curry was nice. The spices were evidently fresh and the Cardamom flavour made a pleasant change from the usual Rogan Josh / Jalfrezi / Khorma mixtures.

However... I do not think the Craving Curries concept will have a very wide appeal. If you already have a cupboard full of spices then the kits are unlikely to be attractive, and if you don't, you would probably prefer a Take-Away anyway!

I also felt that the recipe leaflet left a bit to be desired. For instance, it gave little indication of how long the total cooking time would be - only this rather vague advice: "...cover the pan and simmer until the meat is tender and the sauce has reduced and thickened - be patient as this can take time." Now, a competent cook will know roughly how long it will take to cook some diced chicken breast, but if I were a novice I think I would appreciate something a bit more meaningful, e.g. "cook for approx 20 - 25 minutes, or until the chicken is tender."

The provision of the sachet of salt is also surely unncecessary - especially since you have to provide all the other ingredients except the spices!

In terms of value for money, I think the kits at £4.49 are over-priced, especially since you have to pay for postage too. Maybe £2.50 would be fairer. For comparison, the equivalent kits from the widely-available Geeta's range are £1.49 each.


Overall: OK. Produced a tasty curry, but the kits are just not my kind of thing. 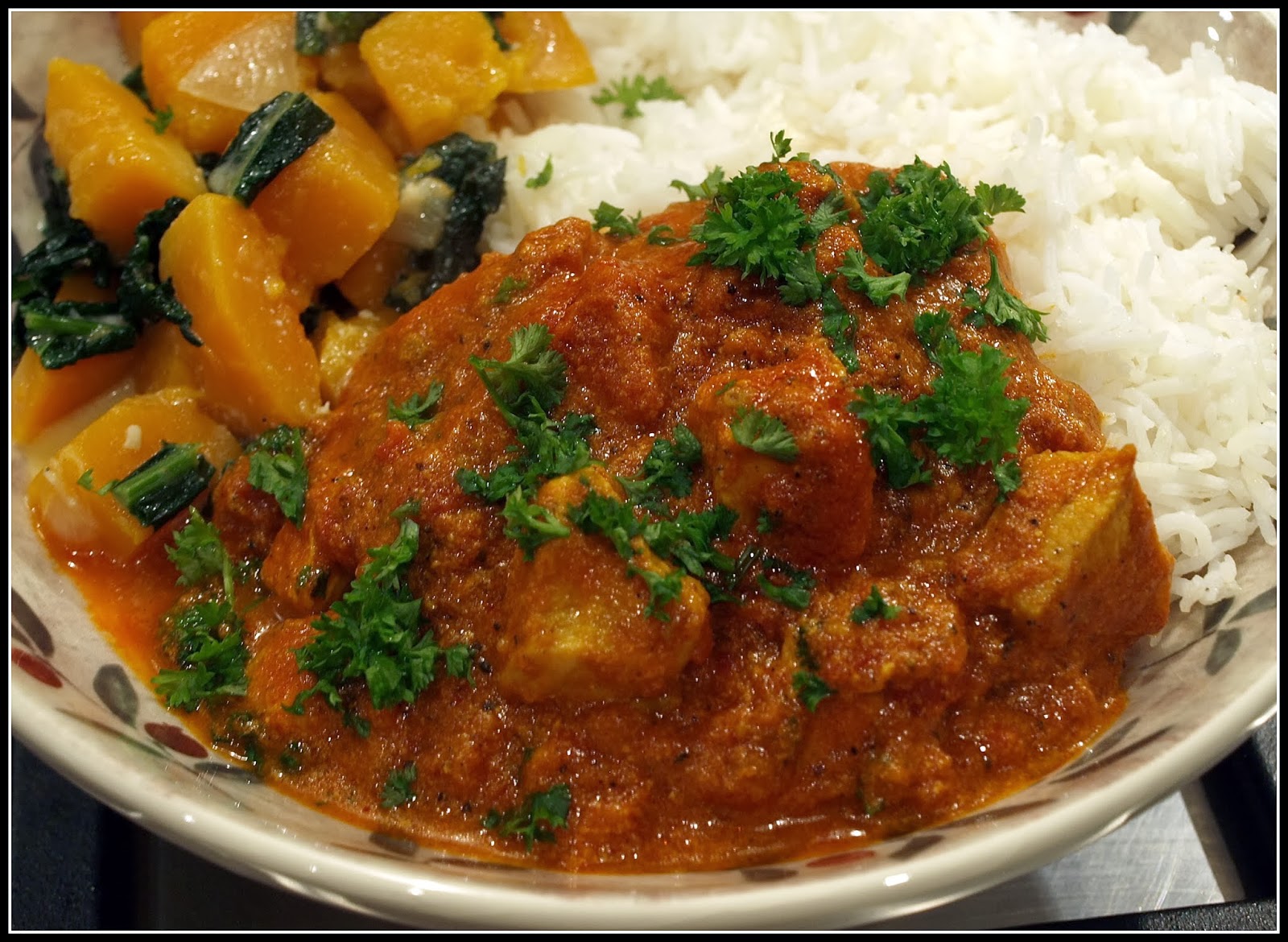