When is a "New Potato" not a new potato?

Last weekend I harvested what I think is the last of my New Potatoes. I say "I think..." because I'm conscious that last week I said I had harvested the last of the "Orla" potatoes, yet this weekend I found another pot of them amongst the "Pink Fir Apple" ones.﻿ This year I have had something like 35 pots of potatoes, and with them having been planted at different times it is hard to keep track! Anyway, I wanted to harvest some of the PFA ones, just because I was impatient to have some of them to use in the kitchen, so I decided to harvest one pot of them along with the remnants of the "new" potatoes: 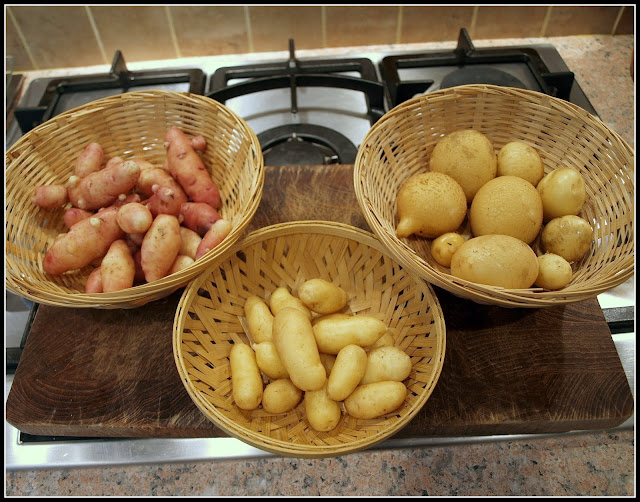 ﻿In the photo above PFA is on the left, with Ratte in the centre and Orla at the right. Each basket represents the yield from one pot.

Ratte has produced a large number of small, smooth, pear-shaped tubers which have been exceptionally clean. This is popularly reckoned to be a gourmet potato with a strong "chestnutty" flavour, but I didn't think it was particularly impressive.
﻿  ﻿
﻿Orla is a traditional First Early. The tubers are mostly round, and the flesh is very white and light in texture when cooked.
﻿
Pink Fir Apple is an early Maincrop variety, usually ready in late Summer. It has an amazingly knobbly structure, making it ugly to look at and practically impossible to peel, but it makes up for these disadvantages by being very tasty. This partcular batch was in a strange sort of way quite uniform:-﻿ 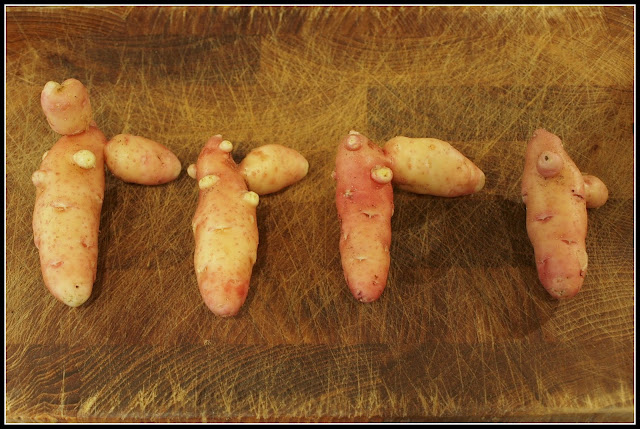 ﻿The yield from the one pot of PFA was modest for a Maincrop, so I'll be leaving the others to grow on for another two or three weeks at least. Maybe the end of September will be a good time to harvest them.

Now, onto the conundrum mentioned in the title of my post: When is a "New Potato" not a new potato?". Well, I think the answer is "When you have left it too long in the ground" (sounds too obvious, doesn't it?). The batch of Orla I harvested this time illustrates well the point I'm trying to make. Their skins had thickened and gone rough - almost scaly. No longer can they but cooked just as they come out of the ground. They need to be peeled or scraped: 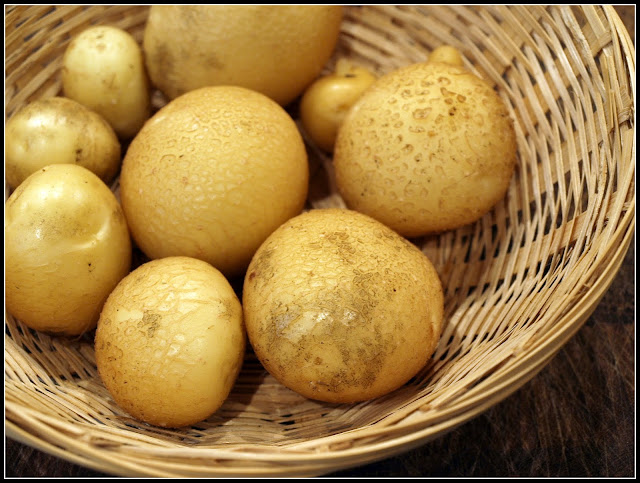 Jane says this one with the snout reminds her of a baby Echidna... (Well, yes, maybe...) 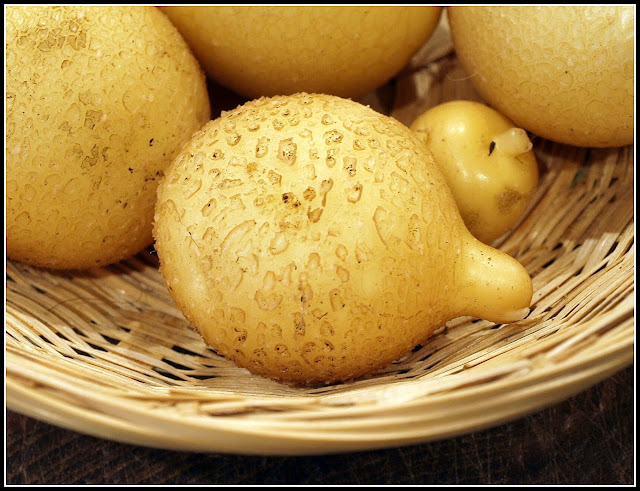 ﻿
I'll finish my post today on a rather cheesy note. How about this for an "Aaaaah" potato: 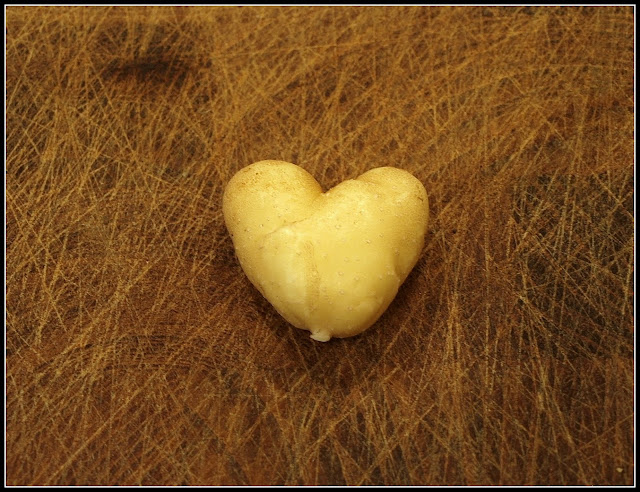