I have picked the second crop of peas from my few plants. It wasn't a big haul: 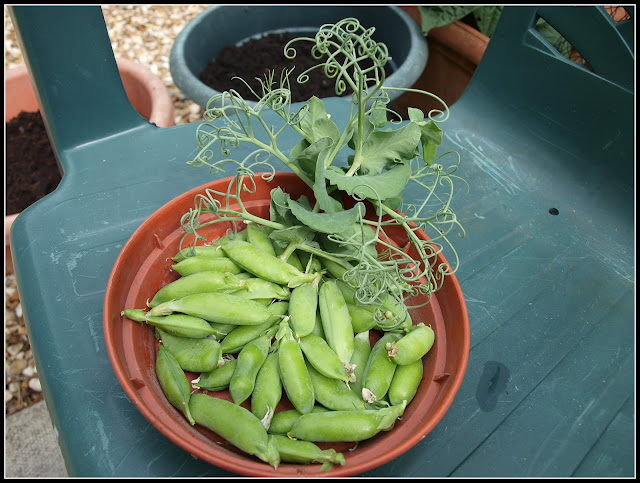 Individually, the pods from this second batch of peas were smaller too. Most of them only contained 2 or 3 peas. However, pea plants don't give in easily, and these ones were fully prepared to have a third go at reproducing. In my photos you can see the tip of one of the plants, which I have included to demonstrate this: 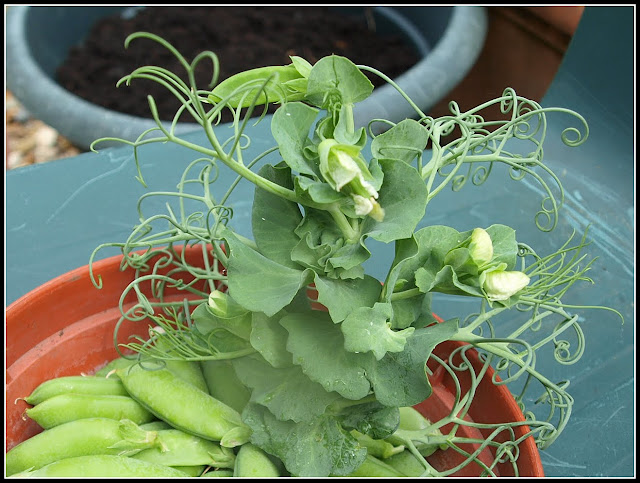 The tendrils of this variety ("Boogie") are pretty amazing too!

Well, although peas are in short supply, there is certainly no shortage of beans in my garden just now. Beans are one type of vegetable that I feel are actually worth freezing, so I don't mind if we have a glut. Frozen beans are nowhere near as good as fresh ones though, so the last couple of bags from last year are still hanging around, now that fresh ones are available again. My biggest producers are the Runners ("Scarlet Empire" and "Firestorm" this year) and the climbing French Beans ("Cobra"): 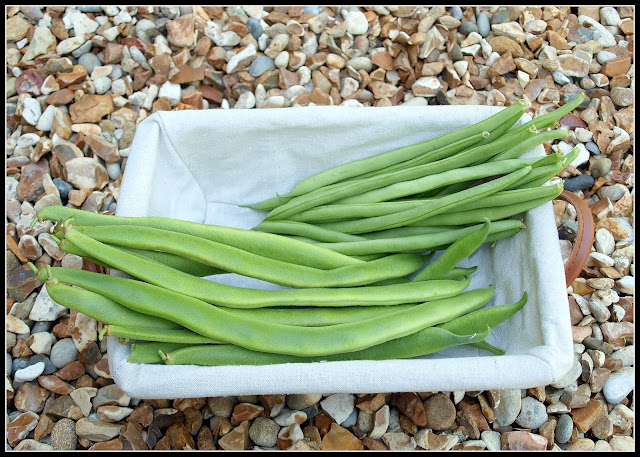 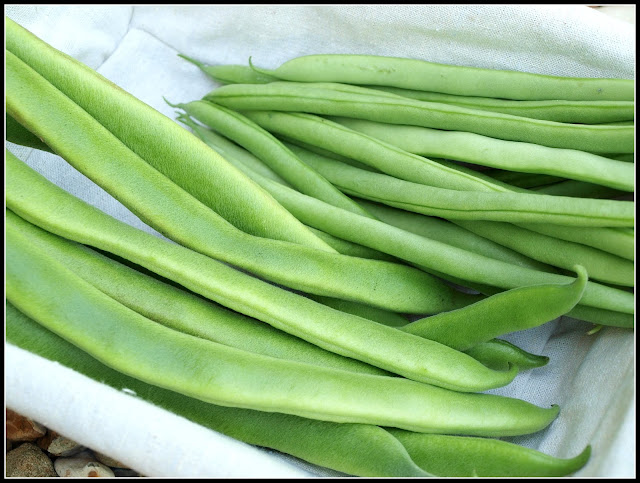 Both of these types are in full swing now, so I'll be picking more pods practically every day. It's important not to let the pods get too big, because if you do the plants will think "Job done" and stop producing more pods. A coarse Runner Bean is also very unpleasant: it develops a stringy membrane between the flesh of the pod and the actual beans (the seeds). This is what makes shop-bought ones so unattractive on occasions. The producers sometimes seem to get paid on the weight of their produce, rather than the quality! This week I have harvested approximately 1kg of Runners and the same amount of "Cobra".﻿

My beetroot is developing at just the right pace for us. We don't eat vast quantities of it (especially since it has decidedly laxative properties!), so it is nice if they come on slowly, allowing me to harvest a few every now and then. 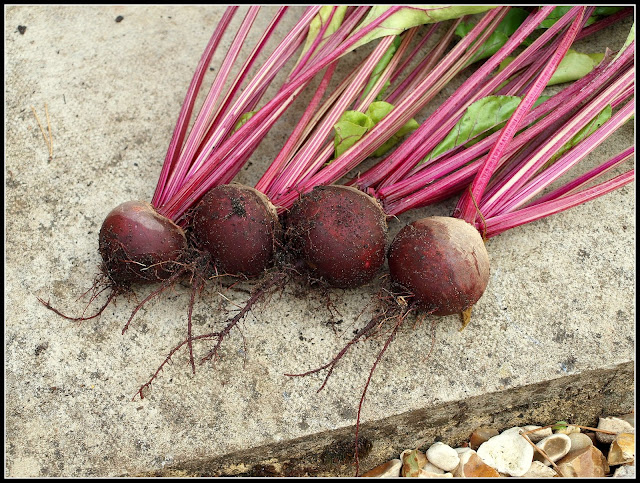 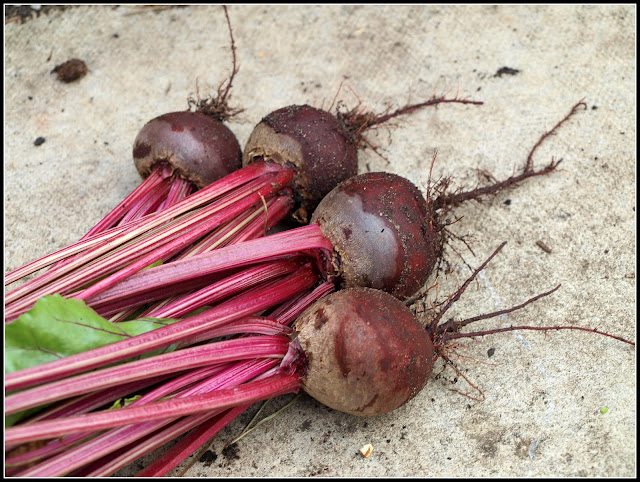 The variety I am growing is called "Boltardy". It has certainly lived up to its name this year. I have only had one bolter, which is quite an achievement considering the extended spell of exceptionally hot weather we had.

P.S. Since I am currently away on holiday and publishing this post with the aid of Blogger's scheduler, I won't be able to add it to Daphne's weekly Harvest Monday link-up, but that doesn't stop you going and having a look at what people have harvested, does it?
Posted by Mark Willis at 16:00