Most of last week I was away on holiday. During my absence my team of trusty Garden Helpers watered and harvested on my behalf, but despite their efforts there was still lots to pick at the weekend: 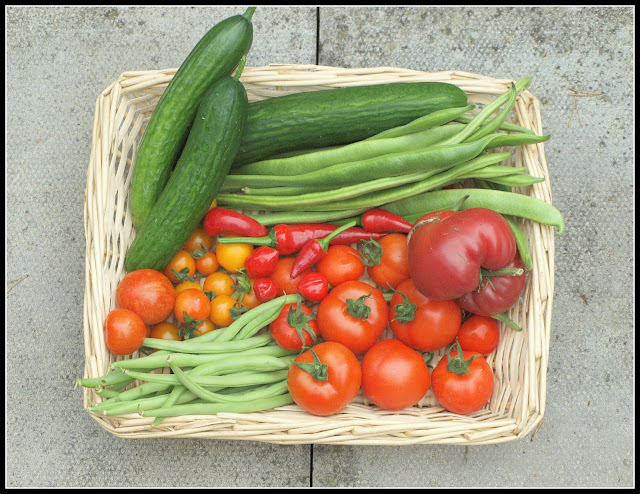 In the basket are Runner Beans, French Beans, Cucumbers, Tomatoes and Chillis. 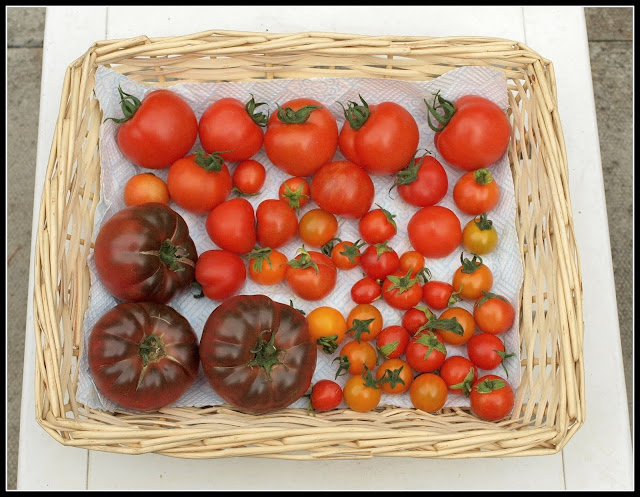 The chillis are Scotch Bonnet and Cyclon.

In addition to the above I also harvested some more carrots and potatoes. At the request of one of my readers, I'm showing you the carrots in their unwashed state, "with a bit of soil on", just as they come out of the ground. You will see that even so they are pretty clean! 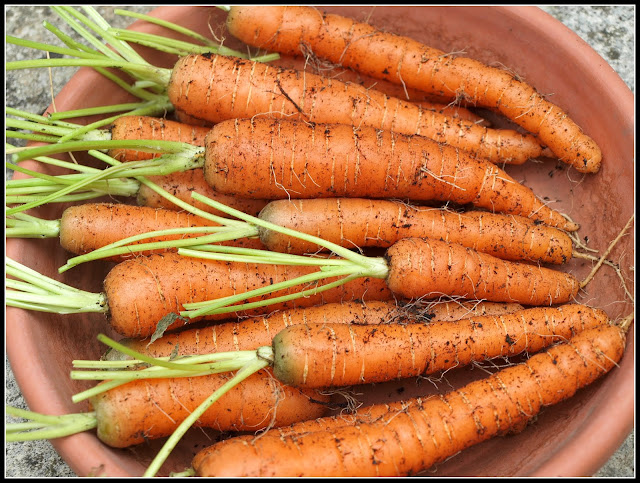 The potatoes were mostly Ratte with the very last of the Orla ones (the latter not pictured here).


﻿
Not shown anywhere here are the three Beetroot I harvested on Saturday morning. They were in the pan and boiling before I thought about photgraphing them. Likewise, since I am not keeping a tally of my produce I don't think it is worth showing you MORE Runner Beans and "Cobra" French Beans!

I'm putting ths post into Harvest Monday, hosted as ever by Daphne on her blog Daphne's Dandelions
Posted by Mark Willis at 12:00