The cucumbers I am growing this year are the little ones - variously described as "Lebanese" or "cocktail" cucumbers. In theory, the fruits are harvested when about sx inches long (though I know that they are still fine if you leave them to get a bit bigger. It is easy to overlook the odd one or two...). 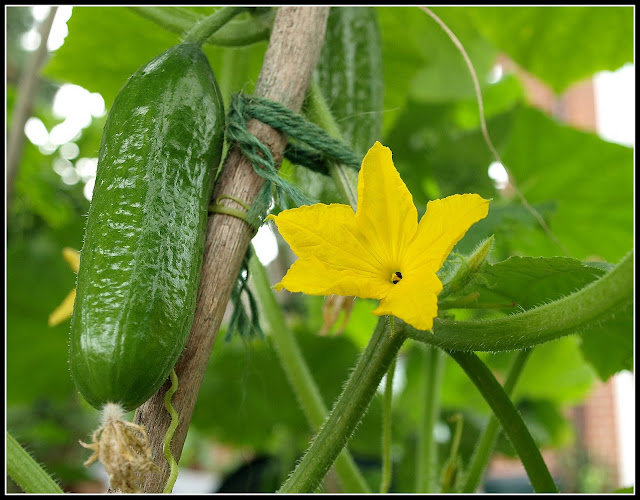 ﻿
In theory, this type of cucumber can be grown indoors in a pot (the seed packet suggests a 9" one), but I can tell you, they do get pretty big, given half a chance...

Mine are in the big Woodblocx raised bed, and I have provided them with sticks to climb up, about six feet tall. 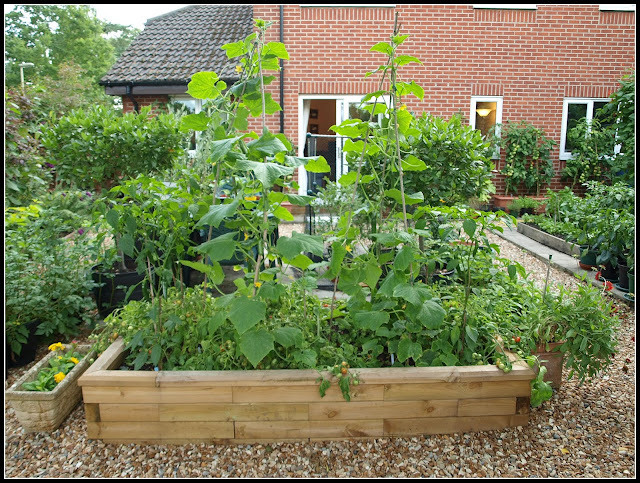 ﻿They have used it all: 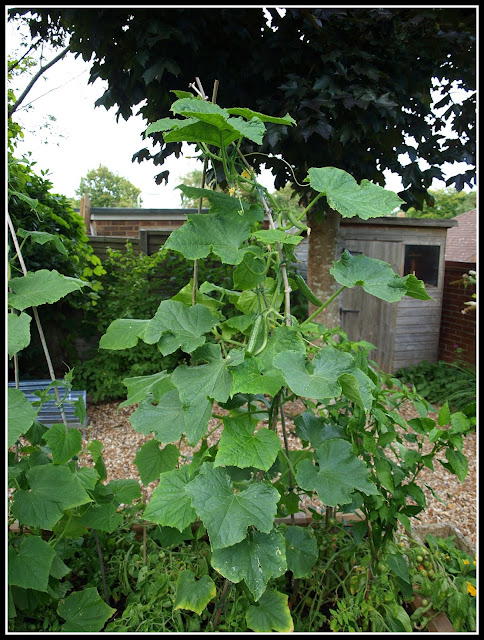 ﻿
I am growing two different varieties this year, "Melen F1" and "Iznik F1". I had the latter last year too, and it did very well, which is why I have it again this year. They are actually quite similar varieties, though Iznik produces slightly plumper fruits than Melen. The number of fruits produced by each plant is respectable - I would think about 10 or 12, possibly more if the Autumn is warm. 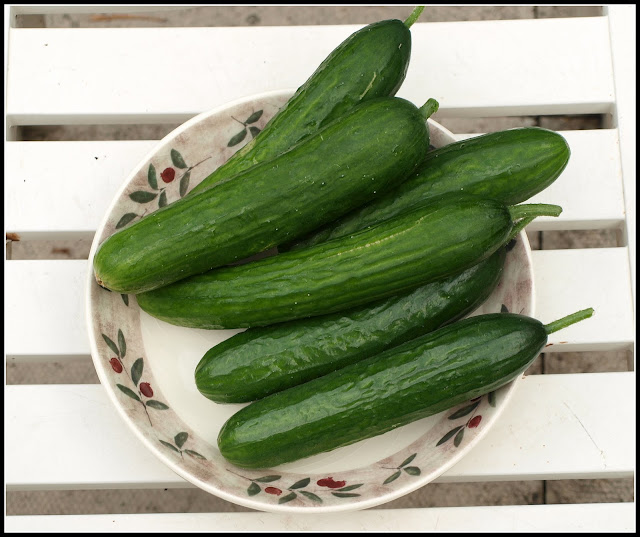 The fruits are deliciously crunchy - much more so than the big, long cucumbers - and seem to have none of the indigestibility of some of the bigger types. You can quite happily eat a whole one, just like you might eat a banana. We actually like them best as a pre-dinner "nibble", peeled and salted, and cut into wedges.

The varieties I am growing are both F1s, so the seed is expensive. Each packet only had 8 seeds in too, so you need to be careful with them. I sowed 12 seeds, planted 8 (gave away 4), and 4 survived to maturity. They did seem a bit vulnerable to disease / pest damage. I don't really know the reason, but four of my plants succumbed to "Vegetable Sudden Death Syndrome" and died pretty rapidly after showing symptoms of unwellness. Perhaps they would have done better in a greenhouse, but I don't have a greenhouse... Still, four plants are providing me with a LOT of fruits.

This is "Iznik", well-rounded: 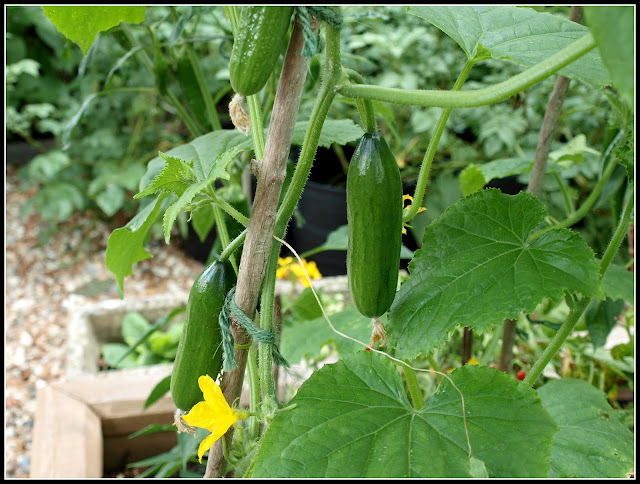 And this is "Melen", slimmer: 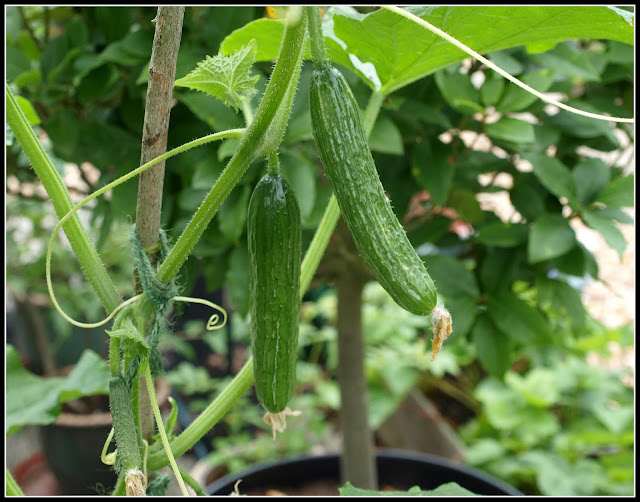 ﻿
﻿Some people think that it is only the chubby, spiky, so-called "Ridge" cucumbers that do well outdoors in the UK, but my experience shows me otherwise. For a few years I grew "Marketmore", a traditional long smooth type, and it did well enough most of the time (though one year was a total washout). It was primarily for space reasons that I tried the cocktail cucumbers, and I don't think I'll grow any others now: they are ideally suited to my conditions and to my requirements. Maybe next year I'll go for something other than the very pricey F1 seeds though. Does anyone have any recommendations?
Posted by Mark Willis at 12:00