Beans, Turnips and an empty space

I have been harvesting more Turnips:- 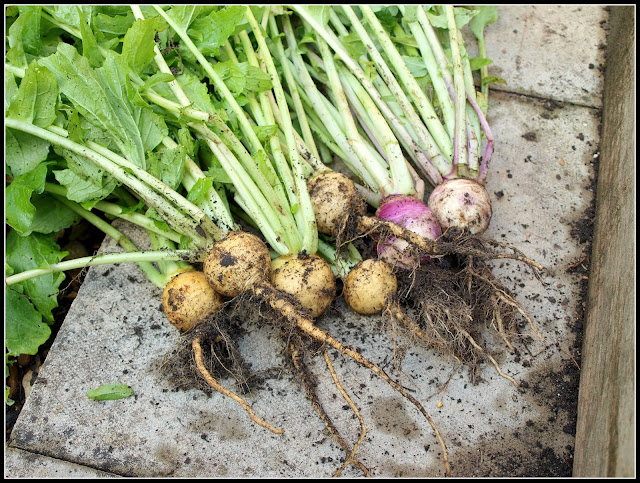 They are past their best now, so I'm trying to use them up before they go woody. I don't think they have enjoyed the very hot dry weather. They are OK, but not as nice as the ones I was harvesting a couple of weeks ago.

The Turnips have been joined in my basket by beans of two different types - the last of the Broad Beans, and some of the first of the "Cobra" French Beans: 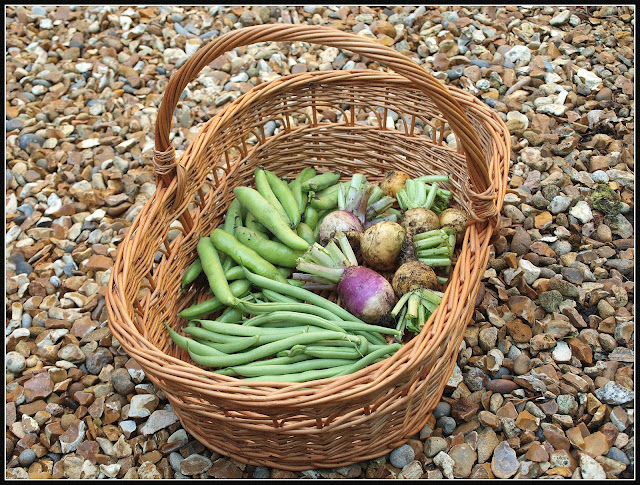 None of the Broad Beans were very good this year, despite the fact that I sowed three different varieties, and this little batch was the final harvest. They were mostly small pods with only two or three beans in them. Some had only a single bean. Most disappointing. Still, the climbing beans are looking pretty good. I have 12 plants of "Cobra" so I am already getting a fair few pods, and they've hardly started yet! 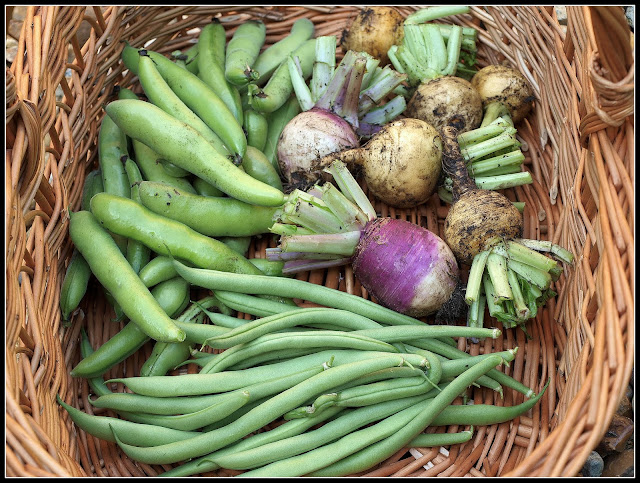 But look at this. An empty space - something you don't see very often in in Mark's Veg Plot! This is where the Turnips came from: 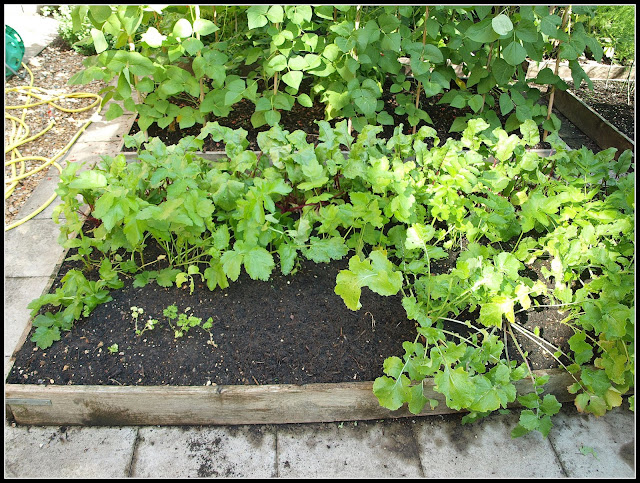 Actually it is no longer empty. I can't bear to see space being un-utilised, so I have sowed some Radish seeds and transplanted a few Parsley seedlings. The Radishes will mature quickly at this time of year, and will give me a yield within about a month, by which time I will need that space again for growing Radicchio and Autumn-harvesting Endives.

Here is another "not empty" space - the place which until very recently hosted the Broad Beans. 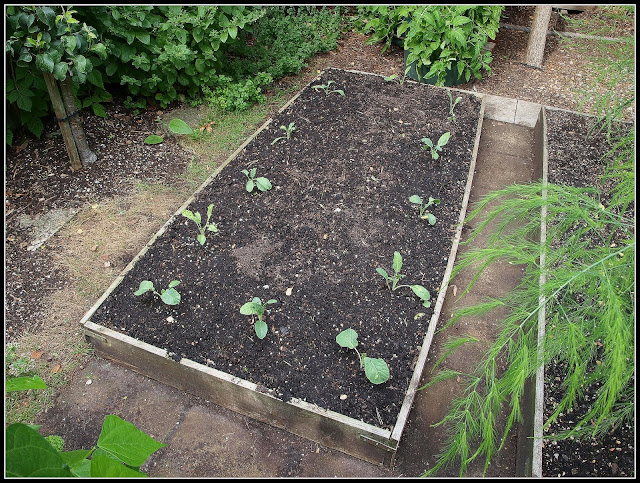 Those plants you see around the edges of the bed are mostly Cavolo Nero, with a couple of "Matsuri" miniature Broccoli. The main part of the bed will soon have PSB in it, but the seedlings are not yet big enough for transplanting.


Running a garden like mine, where space is at a premium, is like organising a Project. You have to think ahead a lot, judging when to sow seeds so that they will be ready for planting as soon as a vacant space becomes available. I usually get two (different) crops from each of my raised beds each year - with the exception of the perennial Asparagus which remains in place all the time.
Posted by Mark Willis at 16:00