My Buddleia bush is not very impressive this year. 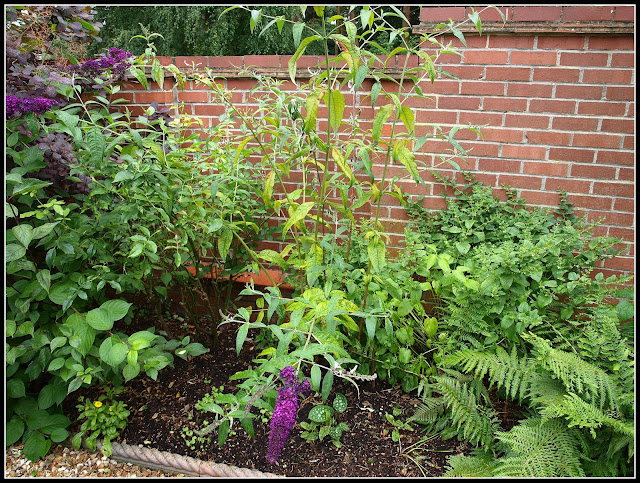 I pruned it very hard in the Spring (following advice from none other than Alan Titchmarsh), and it got off to a good start. But then we had a long spell of bitterly cold weather and loads of snow. More recently we have had really high temperatures and about a month with almost no rainfall (culminating in an almighty storm with torrential rain!). The Buddleia has not enjoyed this, and who can blame it? The shrub looks very "weary" and many of its leaves and small shoots are dried to a crisp. 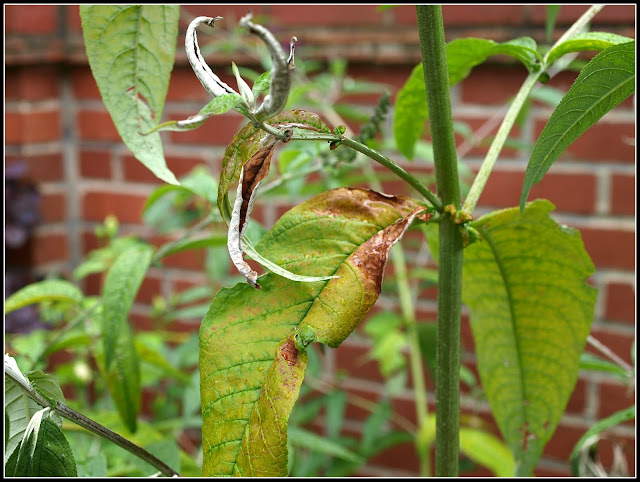 Despite this, several blooms are now appearing: 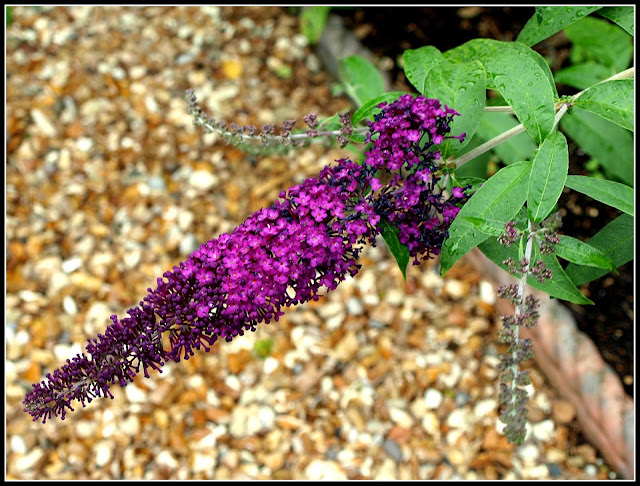 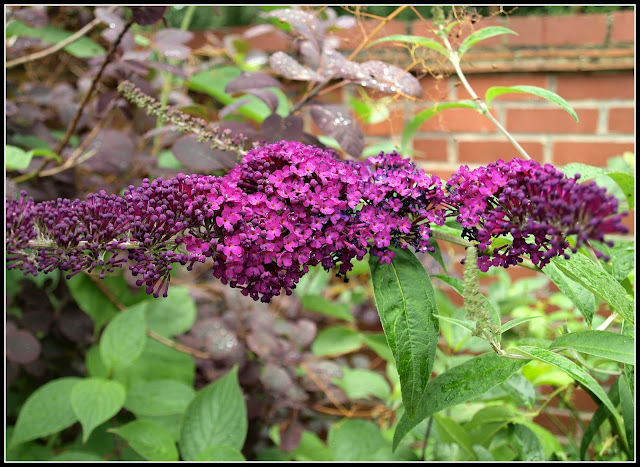 ﻿
I have been yearning for ages for the opportunity to photograph a butterfly sitting on a Buddleia flower. Many years ago, when we first moved in to this property our neighbours had some big Buddleia bushes and in the Summertime they were frequently swarming with clouds of Peacock and Red Admiral butterflies. These days sightings of even one of those are very rare. A couple of days ago though I saw a Peackock on one of my Buddleia flowers and rushed out to photograph it. Unfortunately the butterfly flew away before I was really able to get the camera ready, so my photo is very blurry and the exposure is all wrong - but at least it proves that there are Peacocks around, and that they are aware of the existence of my Buddleia, so hopefully more will appear. 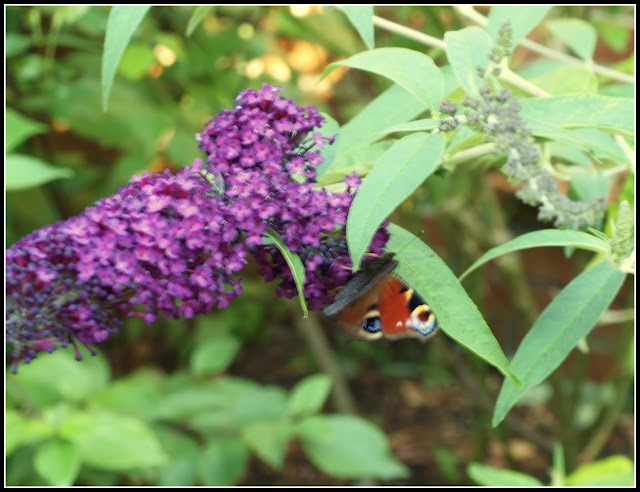 The other interesting thing I have to report is that I now have a white Buddleia too! As I wrote some time ago, a little Buddleia seedling appeared in my garden a couple of years ago and I have nurtured it to maturity. I thought it was a self-seeded offspring from my purple one ("Royal Purple"), but it turns out otherwise... 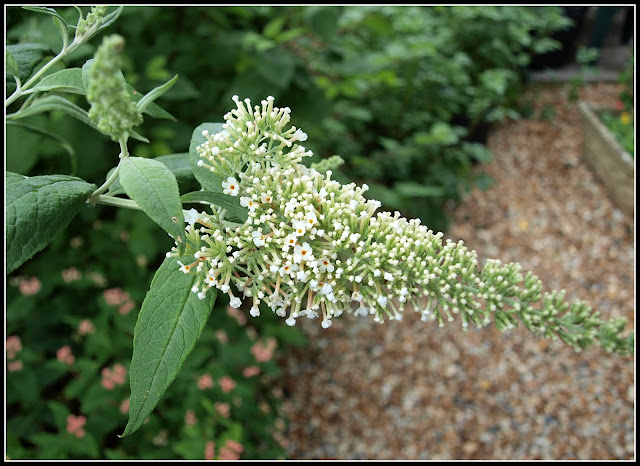 There are now hordes of Peacocks around, and lots of other types too!
Posted by Mark Willis at 16:00