Do you remember that last Autumn Woodblocx kindly gave me a kit to make a raised bed? Well, that bed is in Full Production mode at present. I have filled it with cucumbers, tomatoes and sweet peppers. 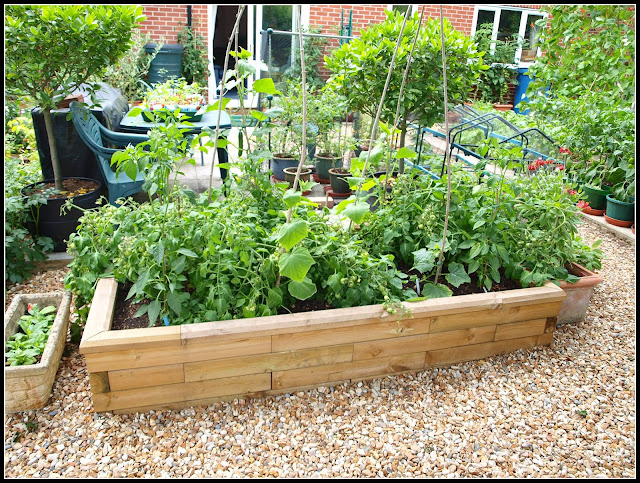 The bed is very deep - a lot deeper than my other raised beds - and the plants are obviously enjoying this. The cucumbers are climbing up their supports at an amazing pace. The plant seen in the right foreground below is the only one from the original batch of six to have done well (two more have survived but are not very enthusiastic), but the ones from the second sowing are catching up fast. 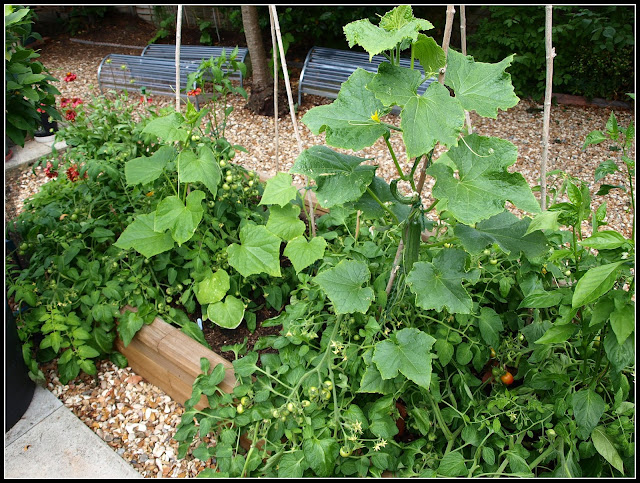 Most of the fruits from these so-called "cocktail cucumbers" are straight and pretty regular, but the occasional one bucks the trend by being curved: 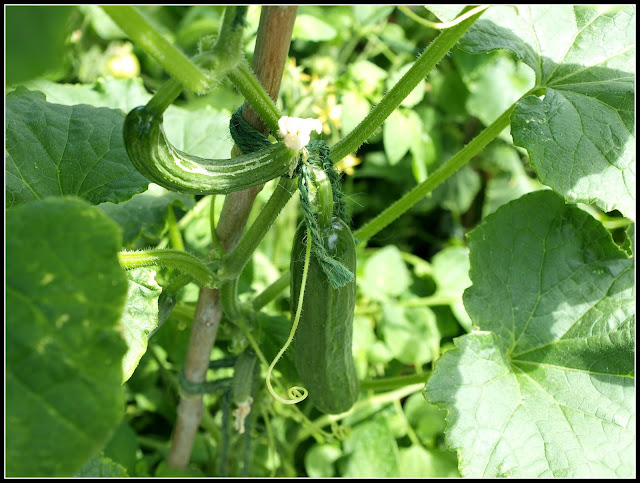 This one is a fine specimen: 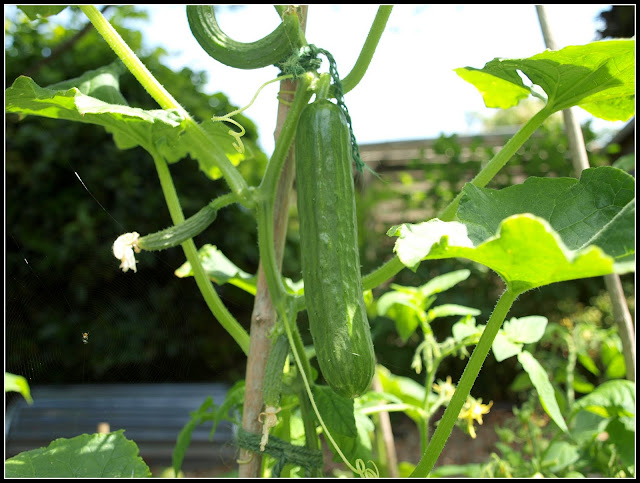 But this is one that is not so picturesque! It nearly got overlooked altogether and I only found it when I was furtling round picking some of the "Maskotka" tomatoes. It had been laying on the surface of the compost, and the slugs had had a good nibble at it. 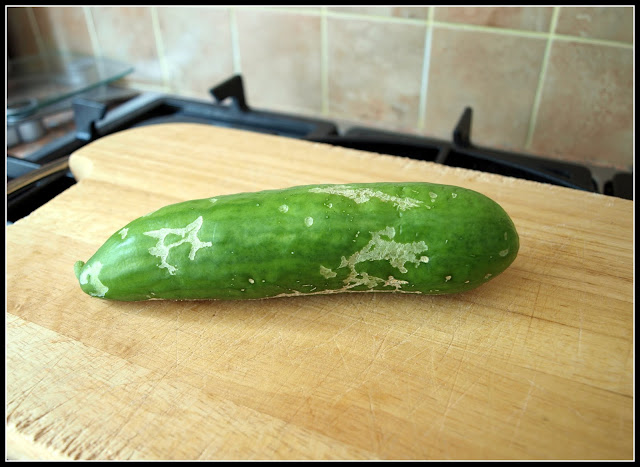 Anyway, looks are not everything. After being peeled, it was just as good as its siblings.
Posted by Mark Willis at 16:00