Turnips out, PSB in

I pulled up the last of my Turnips last weekend. Another 8 "Golden Ball", and they were still mostly undamaged by bugs and weevils, which is well nigh a miracle considering my previous experiences with this vegetable. 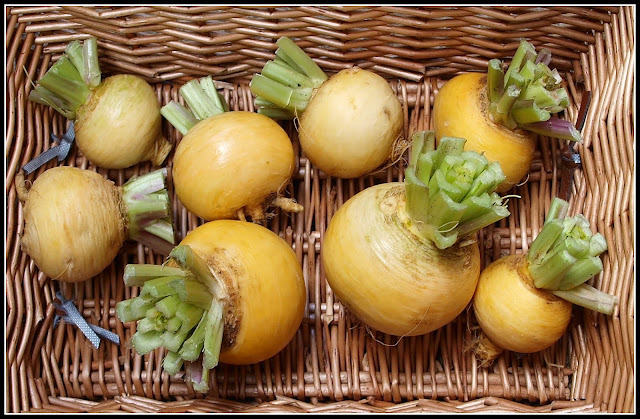 In the space were the Turnips were, I have planted some seedlings of  Lettuce "Webbs Wonder", a big Iceberg-style lettuce. 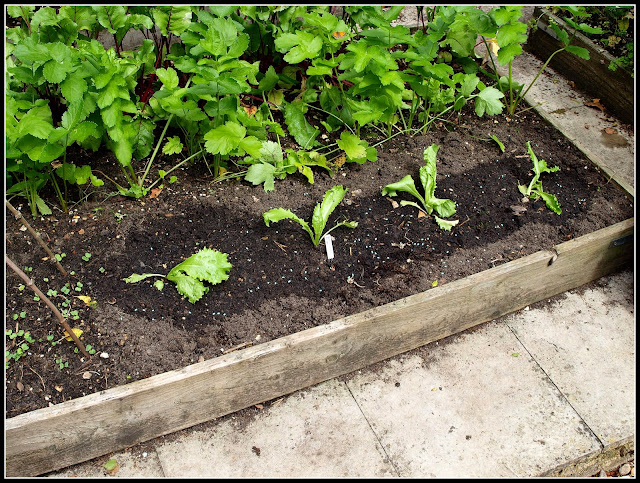 ﻿
To the left of the lettuces in the photo above you can just see a few of the Radishes, which I sowed a few days previously. They germinated very rapidly in the warm weather: 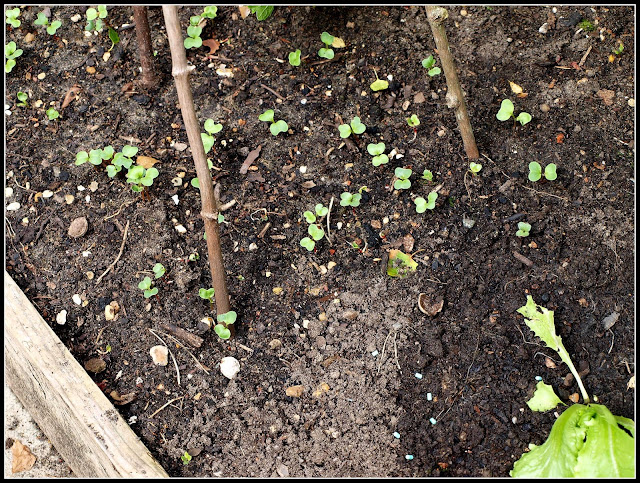 ﻿
In another bed I had put in four seedlings of Purple Sprouting Broccoli, joining the Cavolo Nero that I planted the previous week: 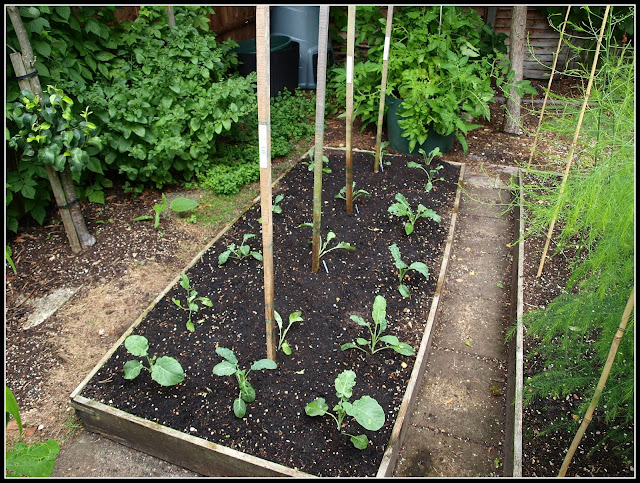 The PSB ones are those next to the wooden stakes. I decided this year to grow only four PSB plants because the six I had last time produced rather too much broccoli for the two of us. I think it is time to apply my "Quality before quantity" approach.

This time I have two plants of "Red Arrow" and one each of "Red Spear" and "Early Purple". I have kept loads of spare seedlings, just in case I get problems with the Cabbage Root Fly, although I'm hoping I won't since I have applied a dose of the relevant nematodes.

Another job I did at the weekend was to provide some support for the Asparagus ferns, which are very tall now. I put six bamboo canes around the bed, and fixed some wire to them at a height of about three feet. Hopefully this will be sufficient to keep the Asparagus broadly upright. 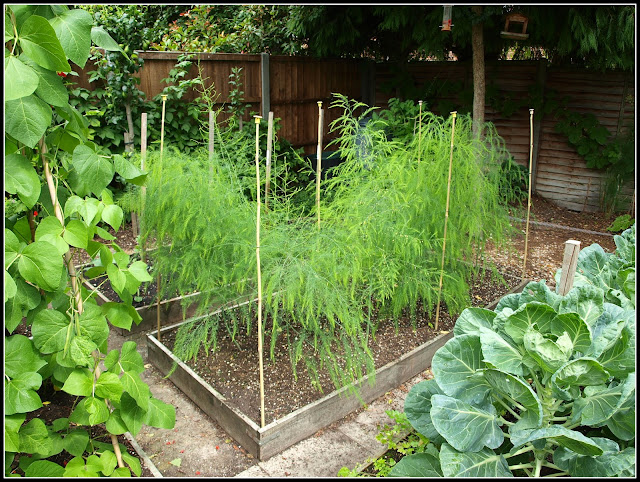 ﻿
Today I also want to show you my "Conference" pears. Not many of them remain, since not only did my tree experience the usual "June drop", but also a "July drop" too. The unusually hot weather put the tree under a lot of stress, and it obviously knew it would not be able to support much fruit. I think there are nine pears remaining. They look good though: 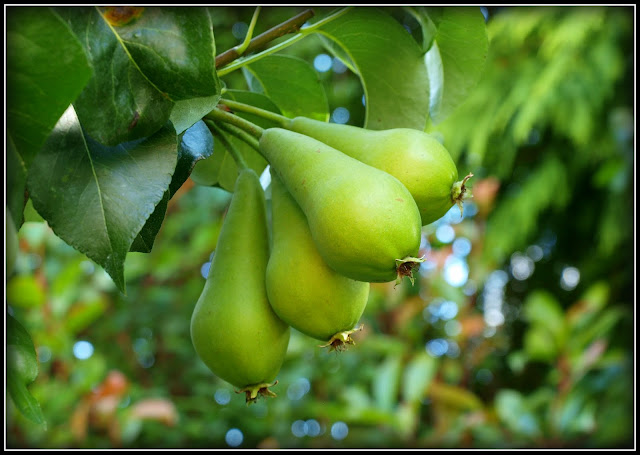