Last weekend I made a dish that epitomises English cooking - roast beef with Yorkshire pudding. Nothing fancy, but just "darn good"! 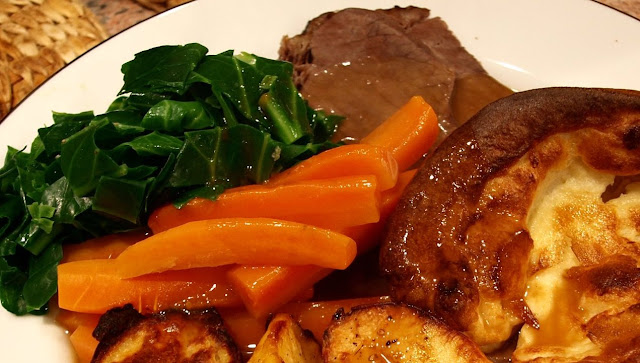 I used a piece of Topside beef which I had bought at my local butcher's - the Linkway Butchers in Fleet. It weighed just over a kilogram - I was planning to have some left over for eating cold the following day, because I know that Jane is very partial to a bit of cold roast beef.

I "massaged" the meat with a little oil and then cooked it for about 15 minutes in a very hot oven (240C) to brown it. I then let the oven cool a bit with the door open while I manoeuvred the beef into a roasting-bag, to which I added about a cupful of water before sealing it. Then I cooked it for another hour at 160C. Topside can be rather dry, which is why I cooked the meat in a roasting-bag. This method helps to preserve the meat's natural moisture, as well as adding some extra.. 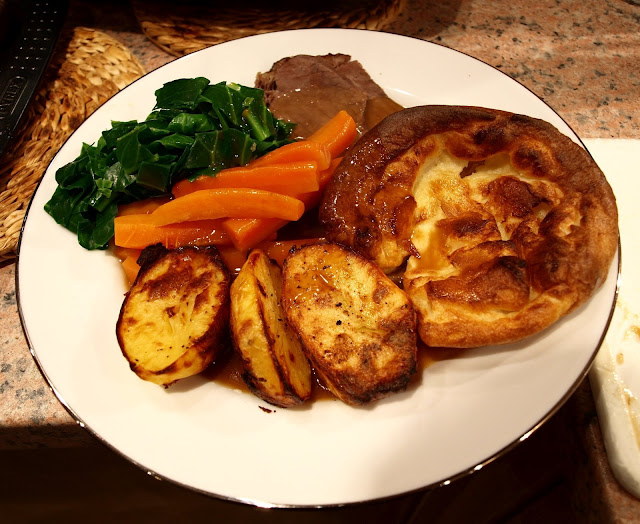 I then cut open the roasting-bag, removed the meat to a carving-board to let it rest, covered with some aluminium foil, retaining the meat juices for making gravy, and cooked the Yorkshire pudding.

I had made the batter for the Yorkshire pudding a few hours earlier. For my batter I used 65g plain flour, 75ml milk, 75ml water, a quarter-teaspoon of salt, one whole egg and one extra egg yolk. All these ingredients were zuzzed-up in a liquidiser until blended, before leaving the batter to stand for a few hours in the fridge. 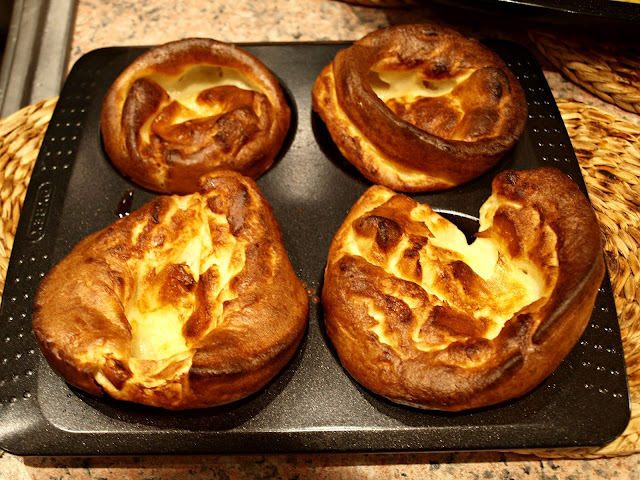 Once I had removed the fully-cooked meat, I turned the oven up as high as it would go (approx 250C), put a small quantity of vegetable oil into my pudding-tin (which was one with four small compartments), and put it in the oven to heat.

When the oil was really hot, I poured in my batter, with the pudding-tin resting on the oven shelf next to the open door, so that the oven would cool down only a little while I did this job. Then, I closed the oven door and cooked the Yorkshire pudding for about 20 minutes until fluffy and golden. 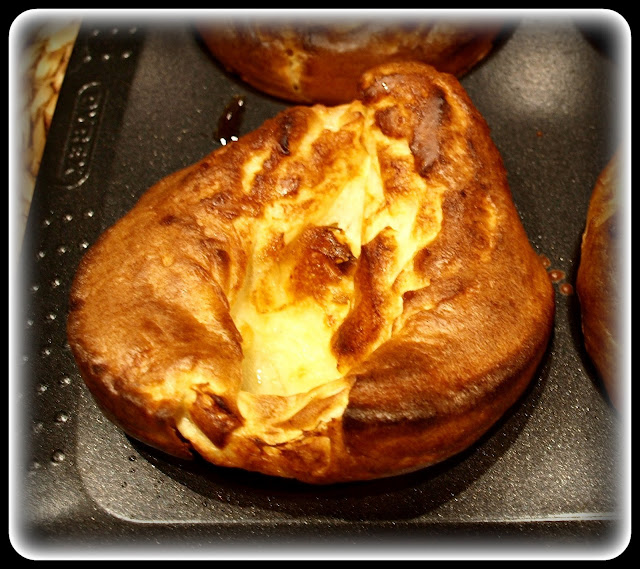 While the puddings were cooking I made some gravy with the meat juices thickened with some flour. Oh, and (I nearly forgot) finished my vegetables - roast potatoes, carrots and Spring Greens (a type of cabbage that is grown for its leaf, and does not form a heart).

Then it was just question of plating-up and eating... Actually it was slightly before this that I realised the photographic potential of the meal and snapped-off a couple of rather hurried photos!

This dish is often accompanied by creamed Horseradish, or English Mustard. And in our case, a bottle of very nice Argentinian Syrah-Cabernet Sauvignon Riserva Privada, courtesy of Casillero del Diablo.

The verdict: the meat was tasty, though still quite firm (but not tough like Topside sometimes is), but the stars of the show were clearly the Yorkshire puddings. They were light and fluffy - soft on the inside but crispy on the outside - and (wonder of wonders) did not stick to the pan. I must have got the technique right, which pleased me no end since this was actually the first time I have ever made Yorkshire pudding. Beginner's Luck maybe. 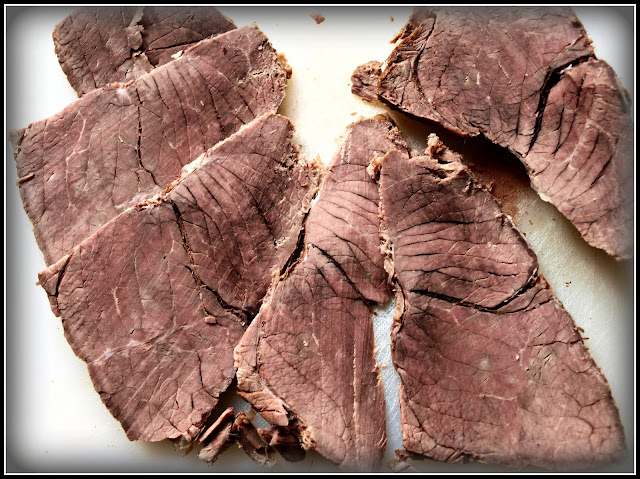 The credits: In general I followed the advice given by Hugh Fearnley-Whittingstall in his book "The River Cottage Meat Book". We're seldom disappointed with one of HFW's recipes...
Posted by Mark Willis at 17:30