My turn to cook

In our household, my wife Jane does most of the cooking. This is primarily for practical reasons - she is self-employed and works from home, whereas I am usually out and about doing my thing as a lecturer in IT Service Management. Last year (for health reasons) I moved to an 80% contract at work, which means that most weeks I get one day when I'm not working. This is my opportunity to get into the kitchen!

This post is about the meal I cooked last Friday. 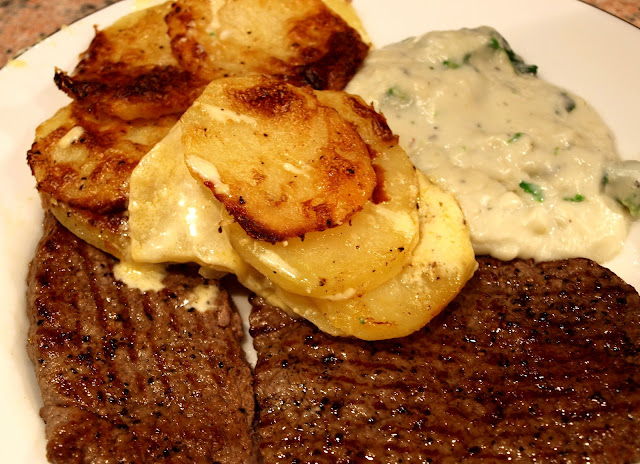 You can see straight away that I'm an omnivore, can't you? I love vegetables, but I also love meat.

This is what I cooked:

Using a meat-mallet I beat the steak escalopes thin and marinated them for about four hours with the black-and-red pepper and a little oil. I cooked them briefly on a very hot griddle.

For the gratin I sliced up a couple of large potatoes and half a Celeriac; layered them into a dish which had been rubbed all over with a clove of garlic; covered them with a pot of Elmlea (low-fat cream), and grated on top a good amount of Parmesan cheese and a small quantity of Nutmeg. Then into the oven at 150C, covered with foil for about an hour, followed by a further 20 minutes with the foil removed to brown the top. 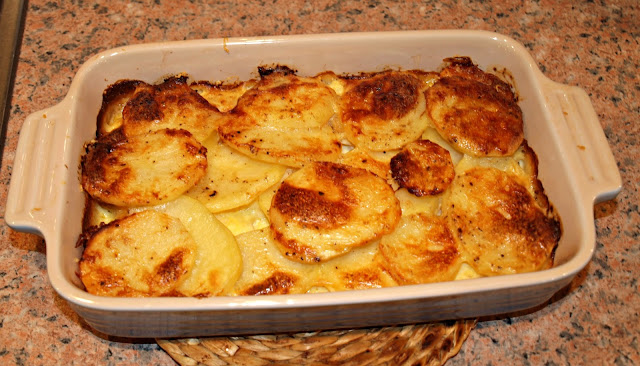 My other vegetable dish was the broccoli in cheese sauce. Since the PSB is quite delicate and cooks rapidly, I made the sauce in advance and poured it over the broccoli once it had been cooked (boiled for about 3 minutes) and drained. The sauce was made by the usual roux method using butter, flour and milk, adding the crumbled Roquefort cheese at the end. 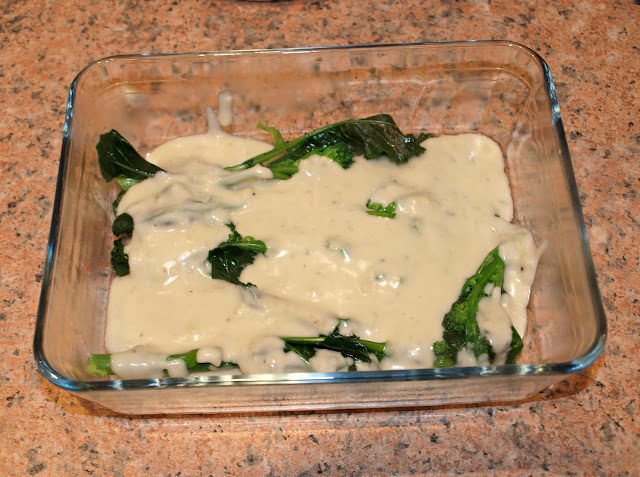 Here is the whole ensemble, plated up: 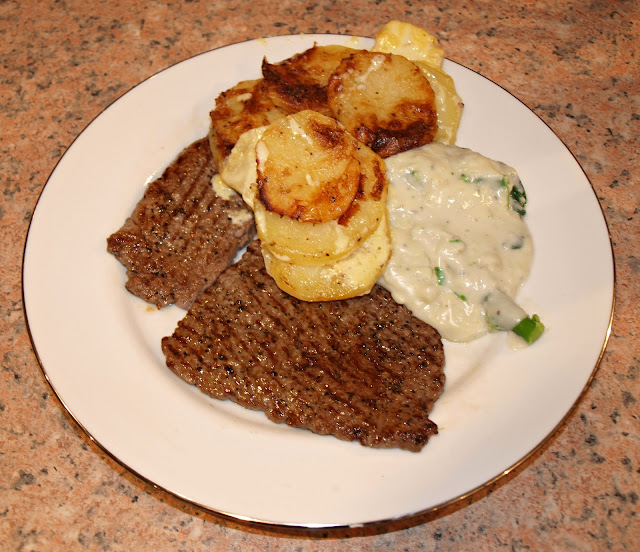 I had made the dessert well in advance because I wanted the pears to be chilled. This is my method:
Peel the pears (two small ones each), poach them for about half an hour or until tender, in a pan containing water and white wine (in a ratio of 2:1), half a stick of cinnamon and two cloves. When cooked, remove the pears and reduce the liquor by boiling it hard until it goes down to about a quarter of its original volume.
Jane is diabetic, so I didn't add any sugar, but sugar would be a good addition if you wanted the reduction to be syrupy. Finally, the pears and their liquor were put in the fridge to cool. 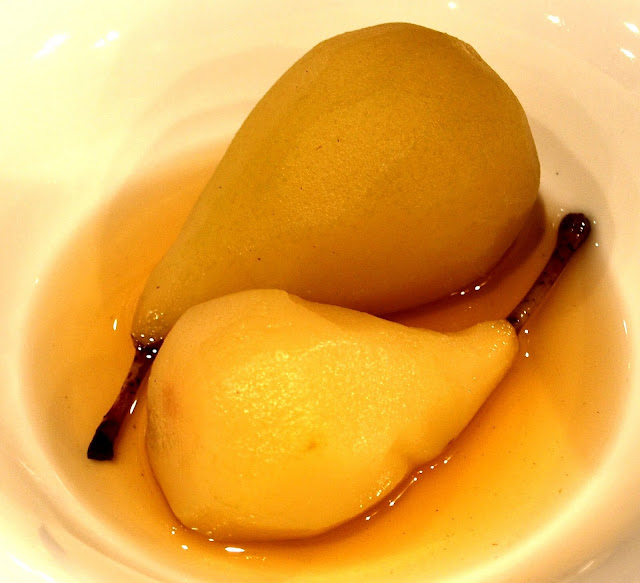 Afterthought: a spoonful of Creme Fraiche or Mascarpone might have been nice with the pears...

So that's it folks. With a bit of sympathetic consultancy from Jane, I'm beginning to broaden my culinary repertoire - and doing something that I enjoy just as much as gardening!