Just recently I have been preparing my raised beds for sowing new crops, the first stage of which was to use up or dispose of the last few plants from last year. Actually, with the aid of those "Longrow" cloches I bought, I have manged to keep the salads coming right through the Winter. Under one of them I had a mixture of endives and chicories. Along with the two types of lettuce I have, these make a great basis for the type of mixed salad of which we are so fond. 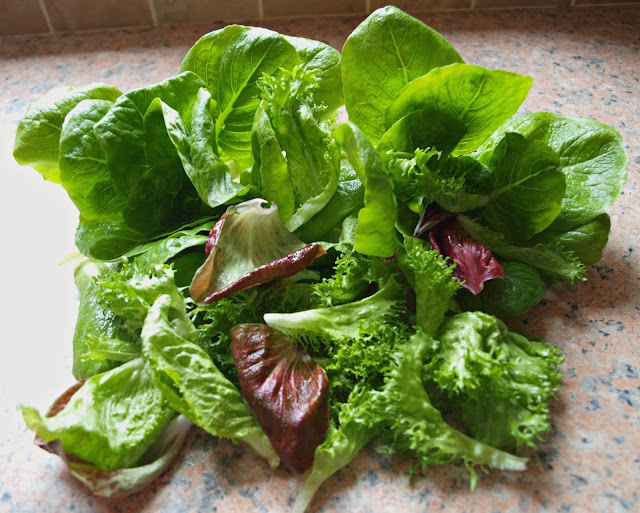 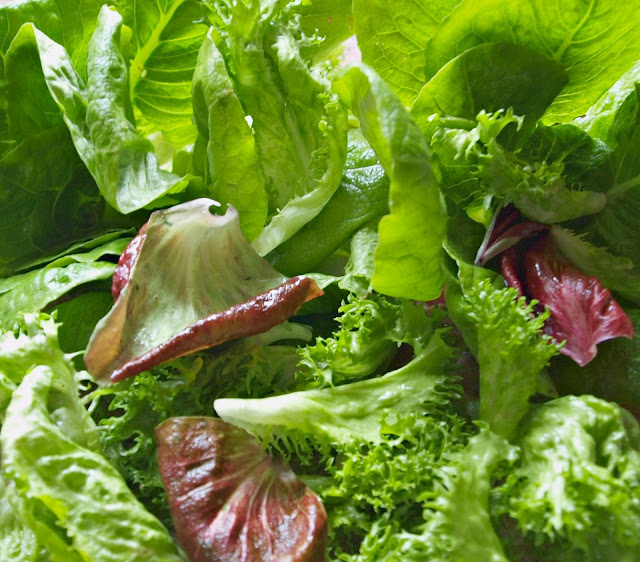 There were still more of the red chicories than we could use immediately, so I relocated some. These ones were dug up with lots of soil attached and transferred to the big tub in which I will later be growing a Summer Squash.  By the time the weather is suitable for planting squash, the chicories will be long gone. 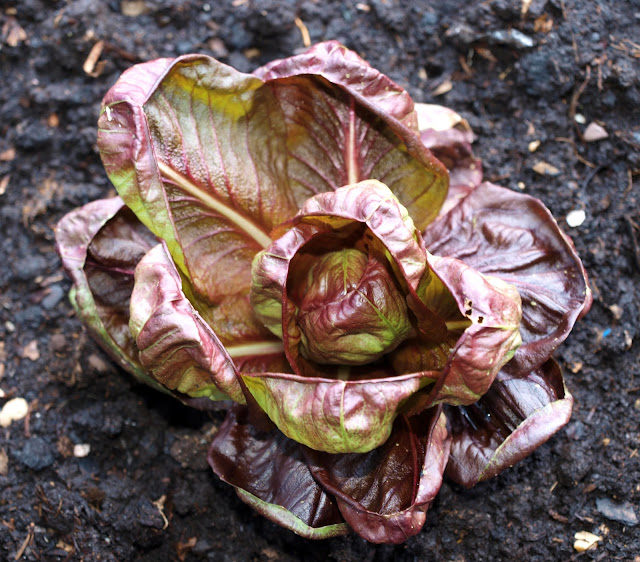 I also had to reclocate some of my Perpetual Spinach. A couple of plants have "popped over to spend some time with the neighbours", so to speak: 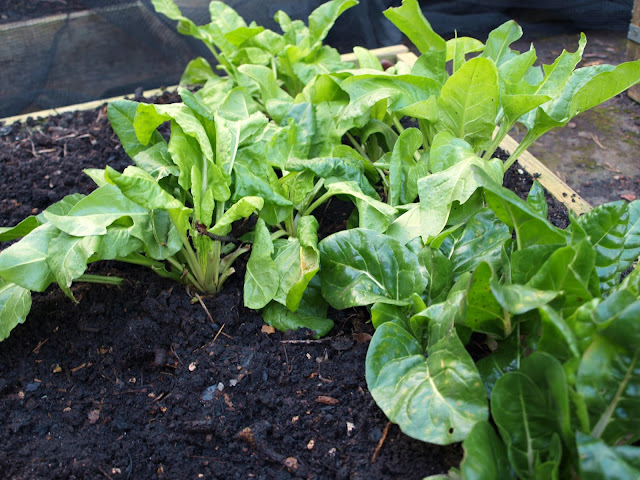 "Perpetual" is really the wrong name for this vegetable. It is actually a bi-ennial - in other words it runs to seed the year after it is sown. (Actually, if left to its own devices it would self-seed and a new generation would grow up, so I suppose in that respect perpetual is a reasonable term to use.) Anyway.... I plan to get another couple of helpings from these plants before removing them when I need the bed for my Three Sisters attempt, of which more later.

Finally for today, a mention of a ridiculously easy way to have something in the way of salad available all year round - cress. This is something of which I grow a small batch every now and then. Time from sowing to harvest is little more than a week. All you need is a packet of seeds, a suitable container and a tiny amount of compost (or even some moist kitchen paper). 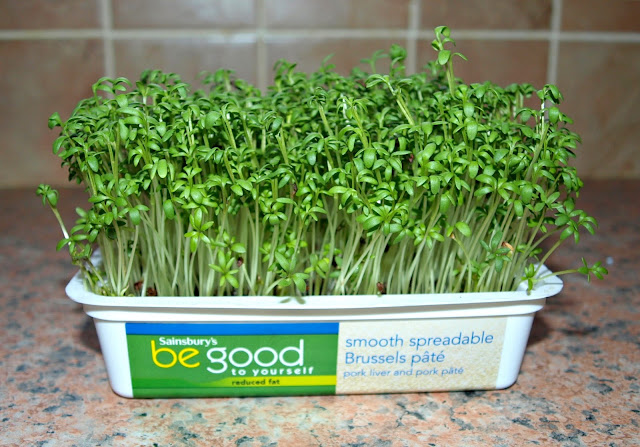 Mine is grown on a windowsill, where it gets plenty of light. With a daily watering you'll soon get something like this:- 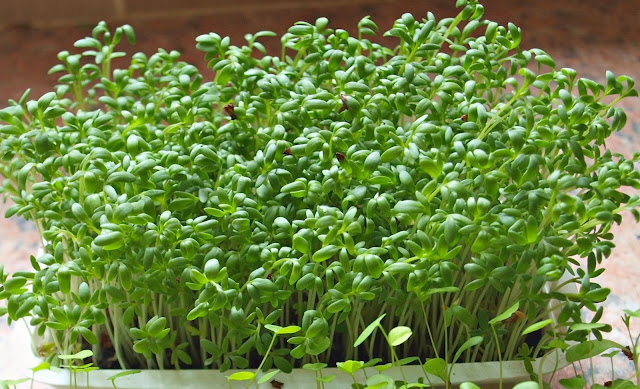 Here is a batch of cress with (in the foreground) a tray of Alfalfa (aka Lucerne). The Alfalfa is normally grown for its immature sprouts, but if you leave it to grow a bit longer, it performs just like cress. It has a lovely tangy flavour. 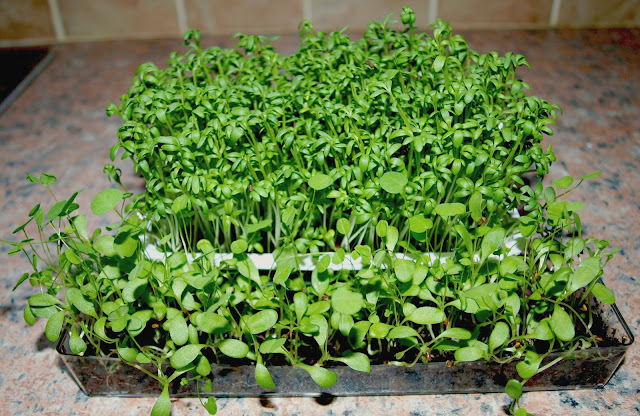 You don't get much quantity or weight of produce out of a tray of cress, but it is a practically fool-proof way of adding some interest to a salad or a sandwich. A good one for the kids too - you get to eat something you have grown yourself without having to wait months for a harvest!
Posted by Mark Willis at 17:30