Hmmm, a post about Post Mortems?  Sounds a bit grim... Some of you may remember that a couple of weeks ago one of my beloved Purple Sprouting Broccoli plants sadly passed away very suddenly, struck down by what I named SBDS (Sudden Brassica Death Syndrome!). 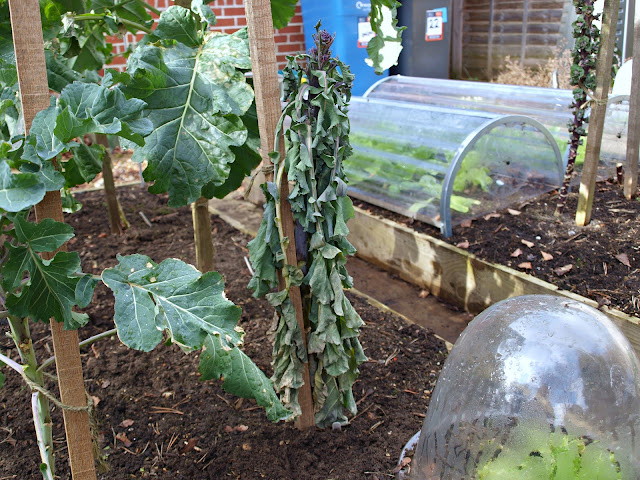 Well, the autopsy has been carried out, and the report is in... I dug up the plant and this is what I found: 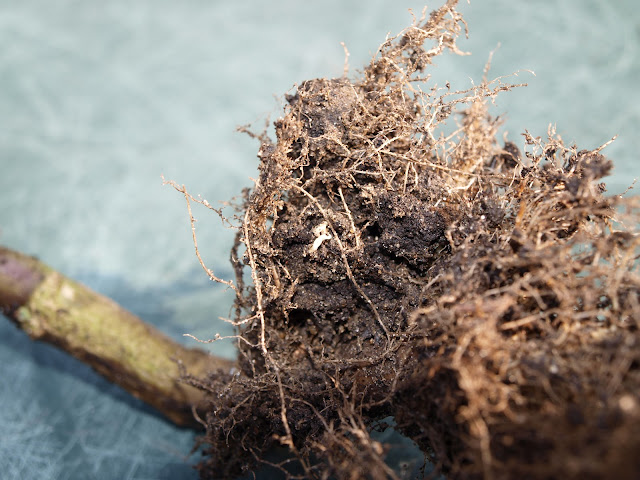 The root system seemed much sparser than normal. Certainly not as exuberant as I would normally associate with a plant of this size. The roots definitely looked as if they had been comprehensively nibbled, and in amongst them was a small number of white worms, which I assumed to be the culprits. I thought perhaps they had nibbled away so much of the roots that the plant was unable to hydrate itself. 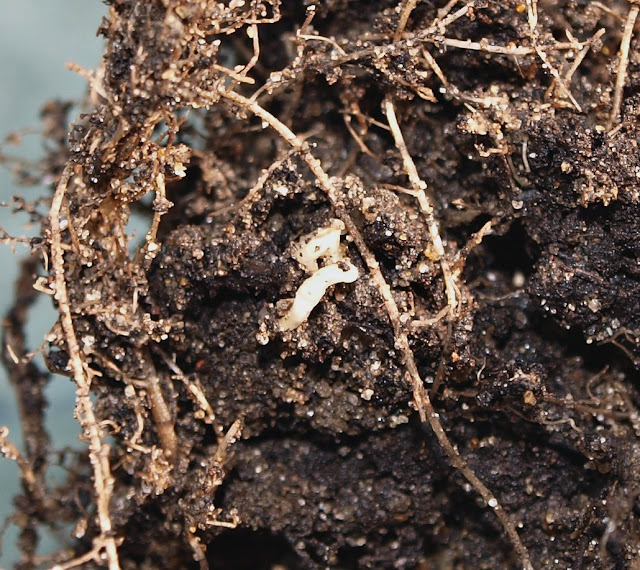 So, what are these worms? They are definitely worms, not like the the maggots of Cabbage Root Fly. My first thought was that they were Wireworms, which many references list as a common garden pest, but consulting my books about such things, they did not fit the description. Then searching on the Internet for the term "white worm" I found that there is a thing called the White Worm aka Potworm, and the images for them matched the ones I had found. Reading on, I found that the Potworm is harmless to humans, plants and other worms - so perhaps in this case we have to exonerate them. Something else must have been responsible for the demise of my PSB, but I cannot establish what. [The coroner gardener duly recorded a "Death by Misadventure".]

In retrospect, I now understand that my garden compost is always teeming with these beneficial Potworms, and I had just assumed that they were immature earthworms or compost worms (Brandlings). 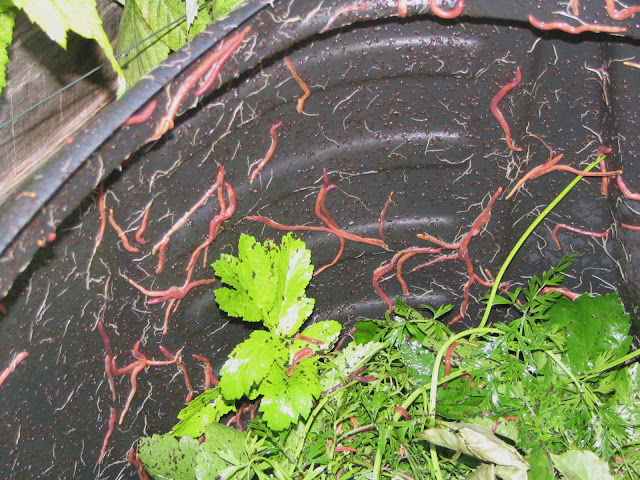 On a slightly more optimistic note, I wish to record that the PSB plant that began producing spears in November (about 3 months early) is STILL producing. Although it is now little more than a tatty old stalk, every so often it has another flurry of activity, and another few spears are produced. 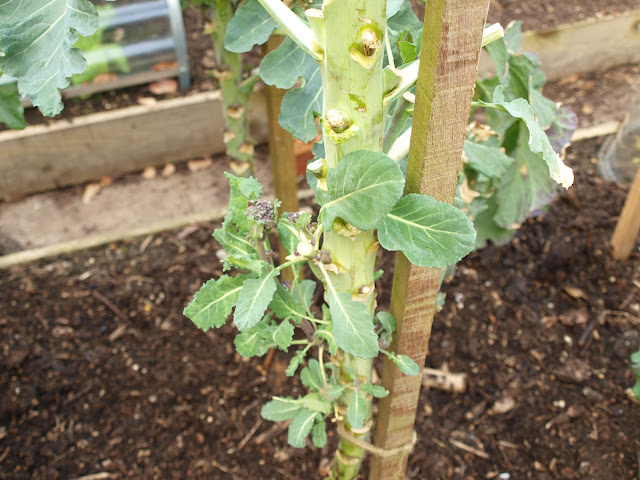 In normal times I would have dug it up long ago, but since my other plants are definitely on the small side this year, I am very glad of its productivity. I think maybe my use of the sturdy 6-foot stakes was a bit over-optimistic though, don't you? 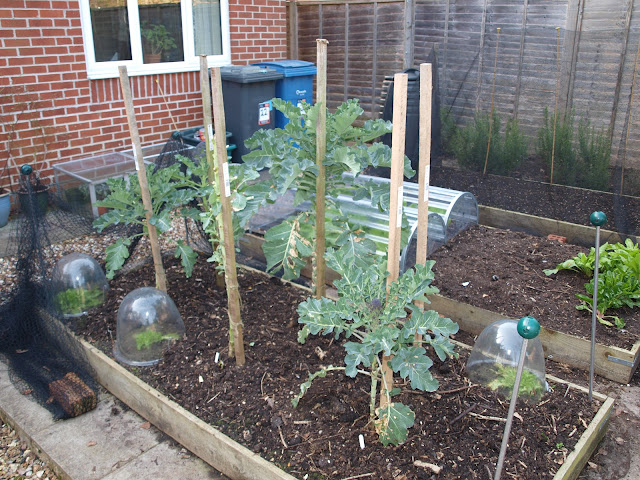