In the process of preparing my raised beds for the new season I harvested  a few small brassica plants that were at the "Use it or Lose it" stage. They were actually the spare plants that I had kept just in case the main crops didn't establish themselves. Having been kept in smallish pots for far too long, these were never going to be prime specimens, but I planted them out anyway, rather than composting them. There were two Flower Sprouts, one Purple Sprouting Broccoli and one Cavolo Nero. Last weekend their turn to be used finally came. This is what I got:- 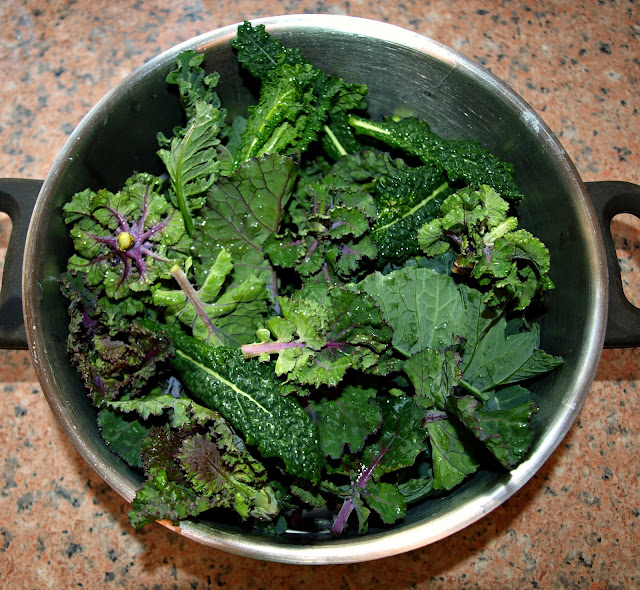 I used all useable part of the plants, including the cabbage-like tops of the Flower Sprouts, which I split into individual leaves for use in the kitchen. 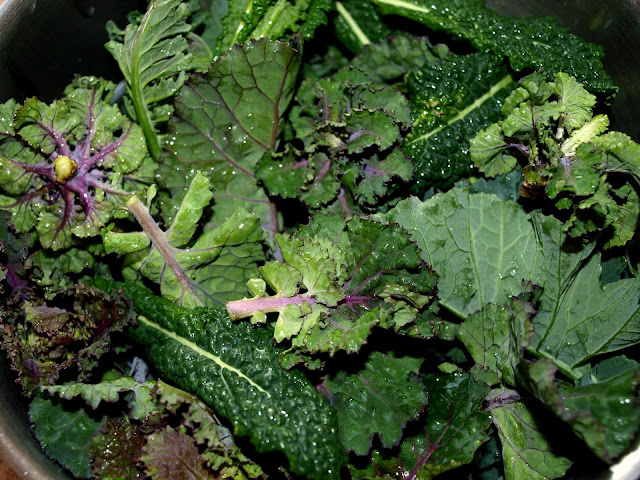 The choicest bits were the very tips of the plants, seen here along with the best of the sprouts from the Flower Sprouts (which are themselves like miniature versions of the parent plant's Top): 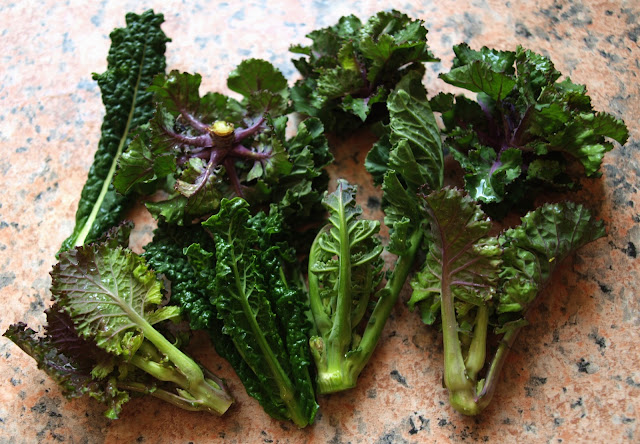 So, just about the right quantity to serve two people. We had ours steamed as an accompaniment to some roast pork. Pork and kale is a classic combination.

When you are a gardener you sometimes learn to "make something out of nothing" - I mean using everything that is edible, and not just the choicest specimens. Many people who only buy veg from the shops expect everything to look perfect, and a lot of good food is wasted because of this.
Posted by Mark Willis at 17:30