Over the Christmas holiday and up till about the middle of January I was unwell and physically incapable of carrying out a task I normally try to get done over the holiday period - distributing last year's home-made compost.

This is a mucky task, and one that takes a fair bit of time and lots of hard work. I have three plastic compost bins like this one: 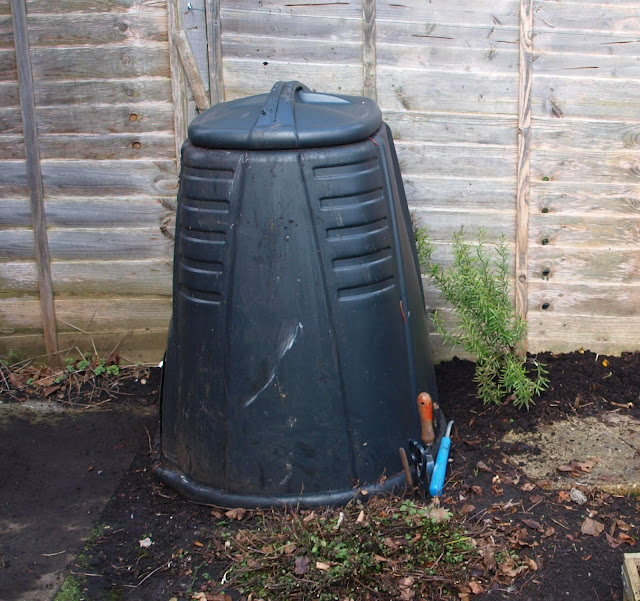 I reserve one of them for making leaf-mould, and the other two are for garden and kitchen waste. I try to rotate them, with one "cooking" while the other is filling up, but it doesn't always work as neatly as that. This time both bins were full and the task had become really urgent, since there was no longer anywhere to put vegetable peelings from the kitchen, and I really had to empty one of the bins. Fortunately last weekend both the weather and my health were conducive to a spot of compost-digging...

With the aid of a garden fork I removed the top layer of material in the bin (about one-third of its depth), and set it to one side on an old Army groundsheet. It was very sticky and a bit smelly too, and absolutely heaving with worms. Those of you who regularly follow my blog know full well that I have a penchant for displaying photos of worms.... I'm going to let you off lightly this time and just tell you there were thousands and thousands of worms. I'll just show you a photo of the partly-rotted stuff after the worms had wriggled into hiding: 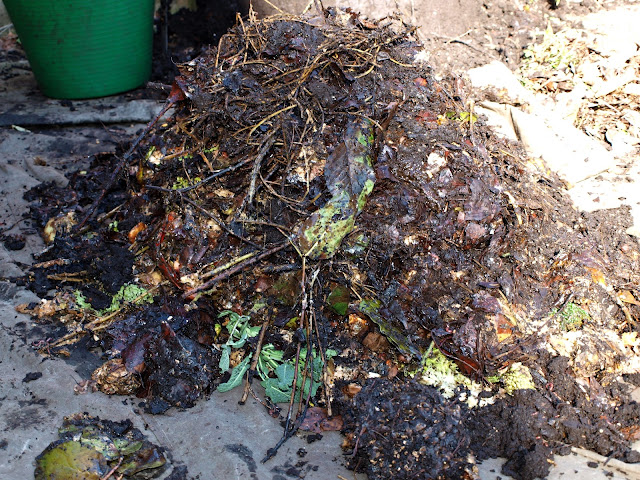 After removal of the top layer, I was left with the good stuff - dark, crumbly, soil-like compost: 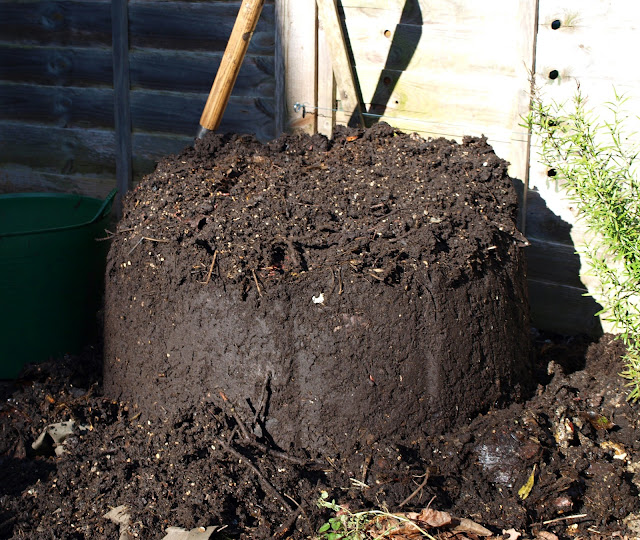 It is the worms that take the credit for producing this wonderful natural plant-food and soil-improver. I hardly do anything. I just keep adding more material throughout the year, and occasionally I aerate it by jabbing in a long pole and wiggling it about - nothing scientific at all, and I certainly don't go to any trouble balancing the greens with the browns (although I avoid putting in any large woody stems, which I take to the municipal tip).

I used my spade to load up my trusty trug-tub time after time, using it to transfer the material to my raised beds and bins. I lost count after a while, but I think I had about 20 trug-tub loads. In case you don't know what a trug-tub is, this is one - it's a fair bit bigger than a standard bucket: 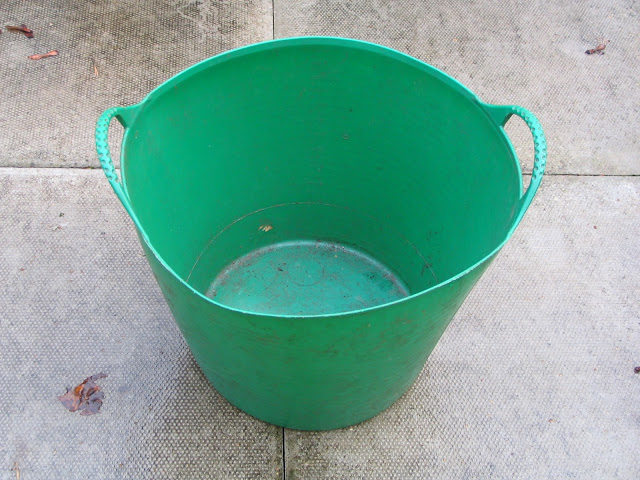 I spread the compost roughly over the surface of the soil, to a depth of 2 or 3 inches. I didn't spend much time making it too even, because I know what will happen now - the Blackbirds will root about in it for the next few days, looking for insects, and the compost will be, shall we say "re-distributed". Maybe next weekend I'll rake it over and even it out.

You might just be able to make out the dark layer of compost on all the raised beds in this photo: 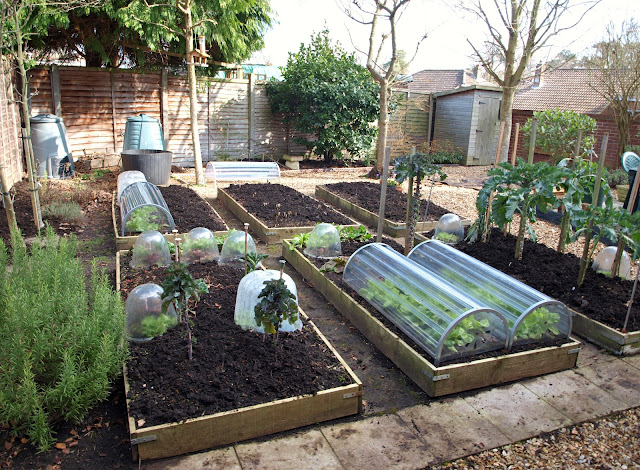 So that now all my raised beds and the big tubs have had a good dose of this compost, I can start thinking about sowing and planting, with a clear conscience in the knowledge that my gardening year's hardest task is complete. I'll leave the contents of other bin to rot down a bit more while this recently-emptied one slowly fills up again.
Posted by Mark Willis at 17:30