Jane was away in London at a competitors' club meeting on Saturday, so "while the cat is away, the mouse shall play", as they say.  I love spinach, but Jane dislikes it, so when she is away I often cook some for my lunch. A favourite combination of mine is to put an egg with the spinach: 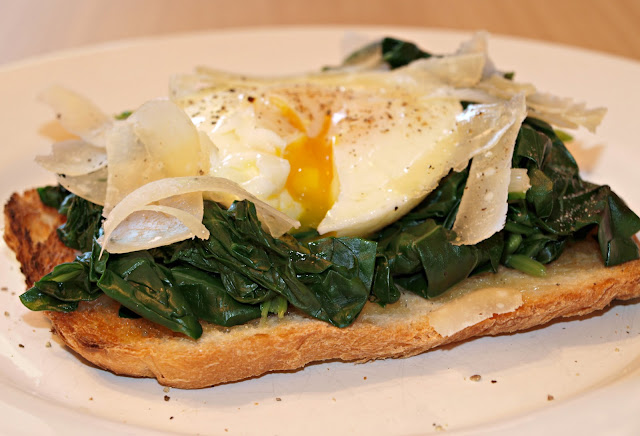 It started like this - I picked a bowlful of leaves of Perpetual Spinach and Swiss Chard - an unusual treat at this time of the year because by December they have normally been hit by severe frost. 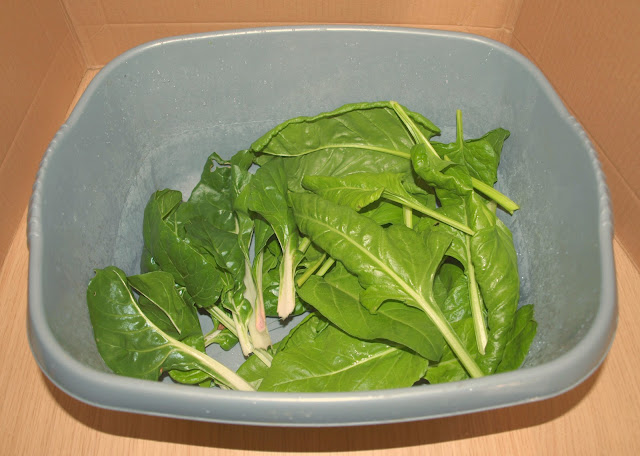 I removed the stalks and kept only the green leaves. The Chard stalks are of course edible, but I decided on this occasion to omit them. 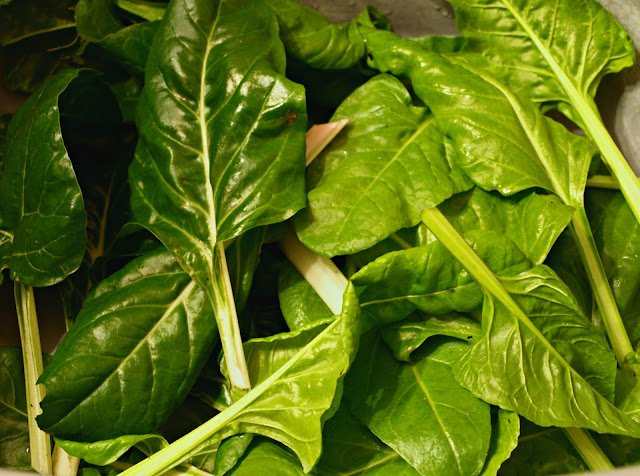 I cooked the leaves over a low heat, using only tiny bit of water, until they had wilted into a soft mass. I then squeezed them thoroughly with the back of a wooden spoon and placed them on top of a piece of buttered toast. Meanwhile I had been poaching an egg, which I arranged on top of the spinach. Some sea salt, a few grinds of black pepper, a sprinkle of Parmesan shavings and Voilà... 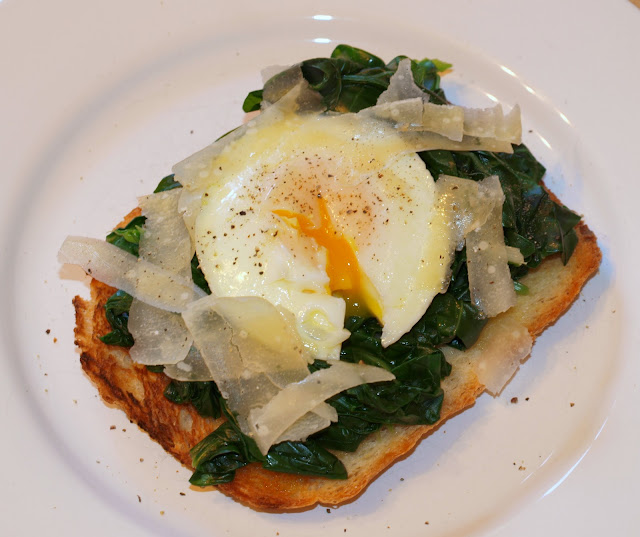 Quick and easy to prepare, and utterly delicious! 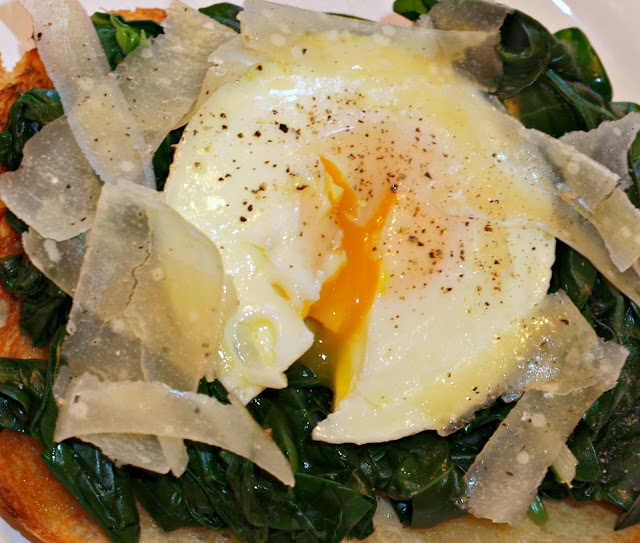 Of course not only would Jane say that the spinach was horrible, but also that the egg was too "dippy"! --
"Vive là différence!", I say.
﻿
Posted by Mark Willis at 17:30