Over the last few days a rash of little brown mushrooms has appeared on a couple of my raised beds. I expect they are very common and completely boring to those people who know a lot about fungi. I don't, so the appearance of things like this always gives me a little bit of a thrill. 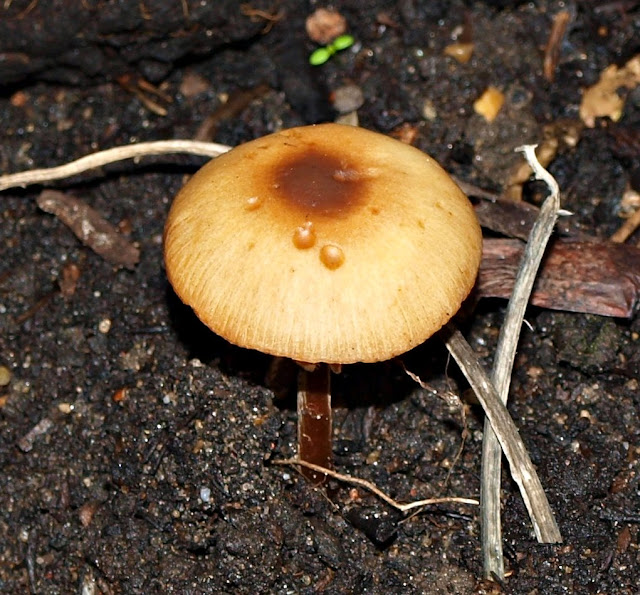 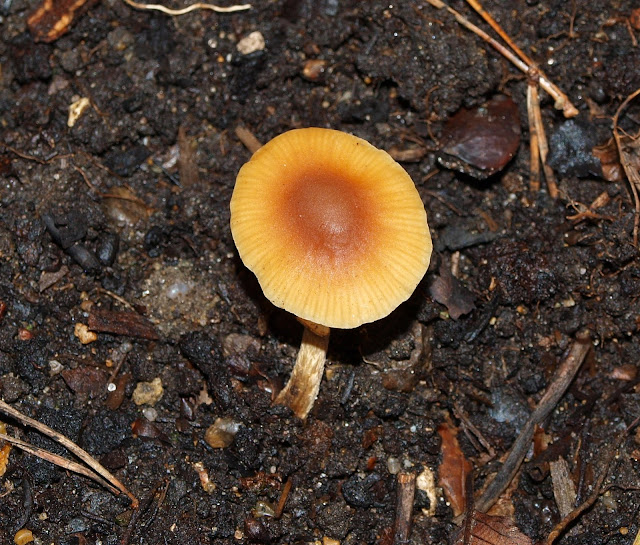 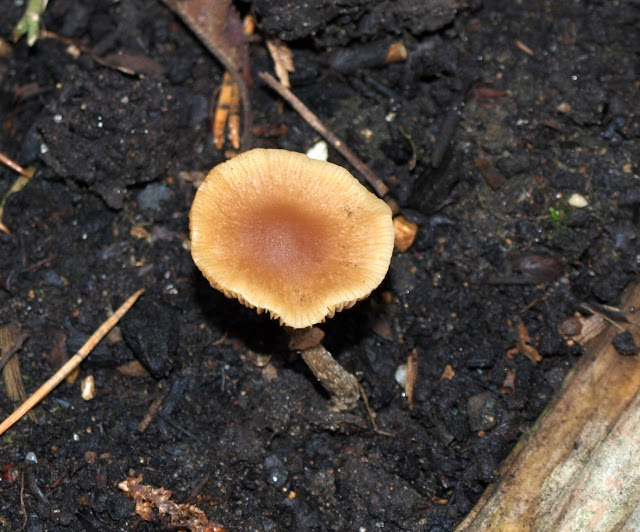 ﻿
I think that those three are all of the same type, at different stages of their lives, but then again I could easily be wrong. With fungi, a variation of one feature can make a big difference.
Meanwhile, in another part of the garden, the Earth Star fungi are slowly dessicating. They have reached the stage where they look like old leather. 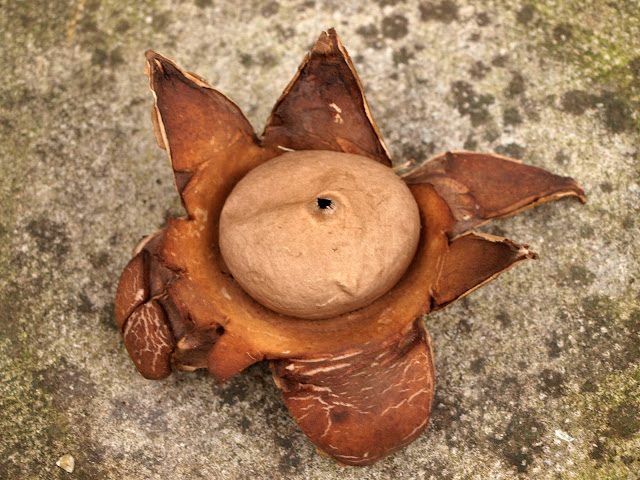 The lighter-coloured sac in the middle - with the "navel" - is still soft, but the outer bits are dry. 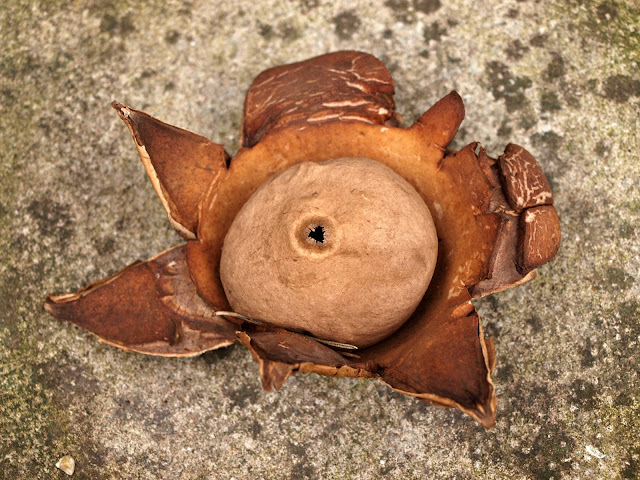 I've done my bit to help propagate this species, by puffing some of the spores out of the "navels" onto the surrounding area, so I'll be interested to see if I get lots of them next year.
Posted by Mark Willis at 17:30