And with the sausages...

Recently I wrote about making home-made sausages wrapped in clingfilm. I know that that particular post will not have been attractive to my vegetarian friends, so this post is aimed at redressing the balance, by describing the vegetable-based accompaniments I served with the sausage meal.

First up, a very easy to cook dish - Cavolo Nero with chilli and garlic. 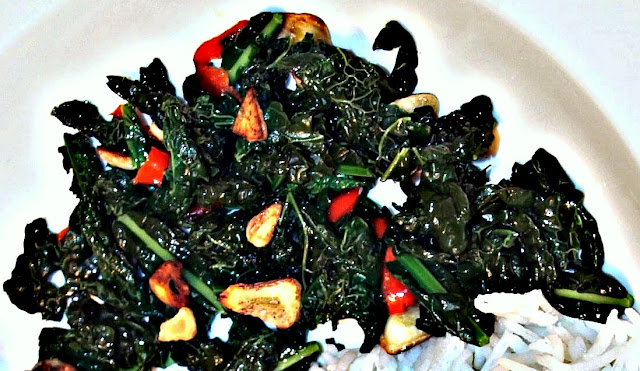 Naturally enough, the Cavolo Nero was from my own garden. Here it is in the raw state:- 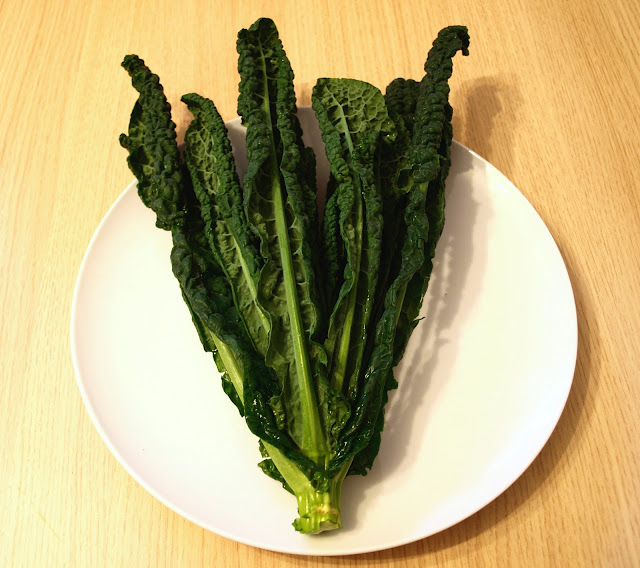 I prepared the Cavolo Nero by stripping-out from the leaves the tough central veins, and chopping the green parts into small pieces, which I then briefly blanched. This meant that I could stir-fry it very rapidly at the last minute, using only a very small quantity of oil. I peeled two cloves of garlic and sliced them thinly. Likewise, a large red chilli, sliced and de-seeded.

Shortly before the sausages were ready, I heated up a splash of vegetable oil in a small frying pan and stir-fried the garlic for a minute or so, allowing it to cook to a golden colour but not go brown. Over-cooked garlic is very bitter! I then added the blanched Cavolo Nero and the chilli and stir-fried them for two minutes. That's it. Done.

My next dish was one that needed a LOT more time: Black Beans in Chipotle Tomato Sauce. The beans were little black "Cherokee Trail of Tears" ones I grew and dried earlier in the year. I had about 170g of them, which made a generous serving for two people. Being quite fresh they didn't need to soak for very long. I gave them a scant 8 hours to rehydrate, but made sure to boil them hard for 10 minutes or so before turning the heat down to simmer them until soft. If you use shop-bought beans it is usually best to soak them for at least 12 hours. 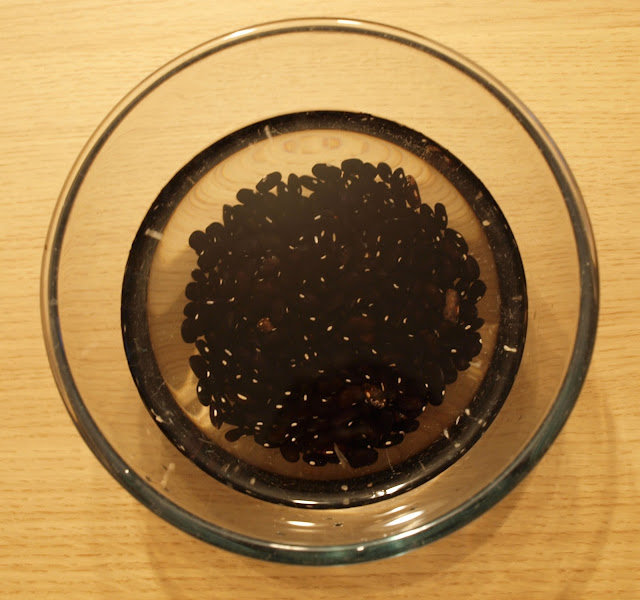 After boiling the beans hard for 10 minutes, I simmered them for about another hour. It's impossible to say how long it takes to cook beans. They are all different. Just cook them until they are soft. [Tip: only add salt at the end of cooking, because salt inhibits the softening process.]

Meanwhile, I soaked five dried Chipotle chillis in some boiling water. They were from a batch that we bought in New York at the time of Fiona's wedding last year. These chillis are used mainly for their smoky flavour rather than for their heat, but they do impart a lovely warm glow to a dish of beans. 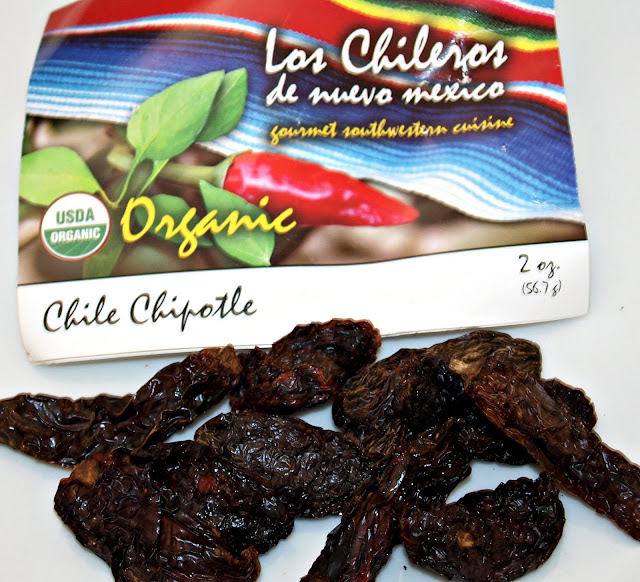 I added the soaked chillis, and the water in which they had been soaked, to my bean dish after the beans had been simmering for about 45 minutes. At this stage I also added a tub of our home-made tomato sauce from the freezer, and a squeeze of bright red tomato puree from a tube, just to enhance the colour a bit. After another 15 minutes or so the beans were nicely soft, and I turned off the heat and left everything to infuse.

About 15 minutes before my sausages were ready to serve, I fished out and discarded the Chipotles and slowly warmed up the beans, before decanting them into individual miniature casserole dishes for serving. I did this for two reasons - to enhance their appearance, and to avoid making the whole dish too sloppy.


Here's the finished bean dish - thick, gloopy, smoky and thoroughly "unctuous". With a couple of corn tortillas this would be a meal in itself. 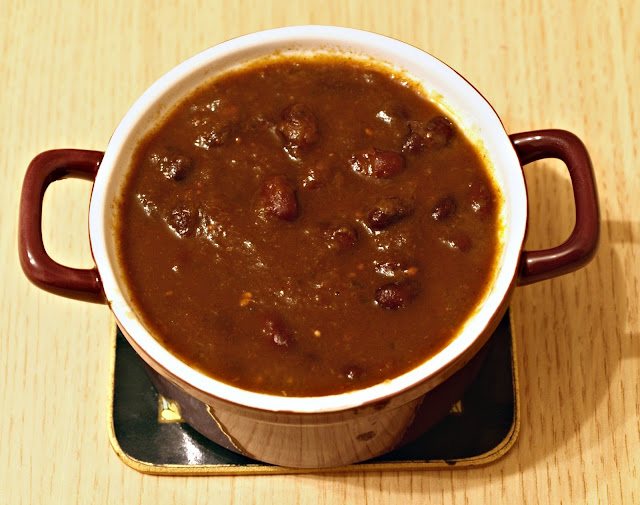 The final part of the meal was plain Basmati rice. I won't insult your intelligence by telling you how to cook that. I'll simply say - we use an electric rice-cooker and get perfect results every time. 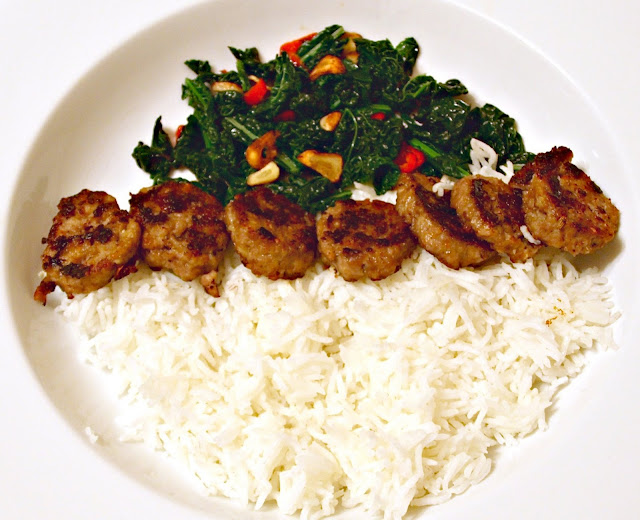 OK, so I believe there was something in that meal for both vegetarians and non-vegetarians...
Posted by Mark Willis at 17:30