After last year's huge success with Tomatillos, this year's experiment with the related Physalis (Cape Gooseberry) has been a disappointment. I didn't want huge plants like the Tomatillos were, but I did hope to get some nice fruit. My two Physalis plants have grown to the size I expected (the seed-packet said about 50cm tall). 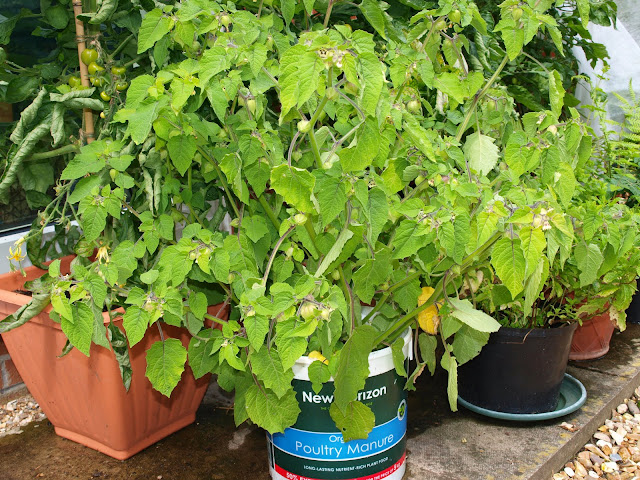 They have produced a mass of flowers. 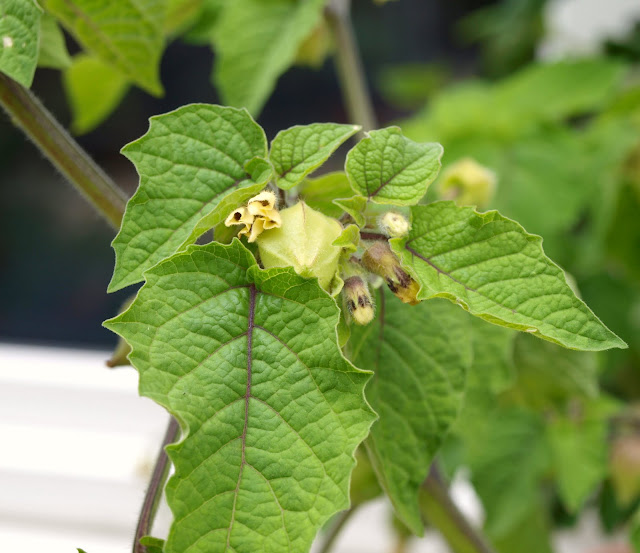 The flowers have mostly gone on to produce the characteristic little "lanterns" which are supposed to contain the fruit. 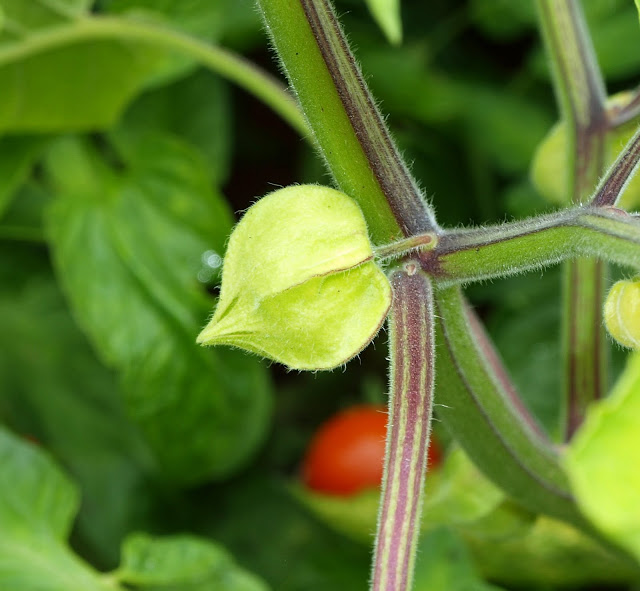 The fruits inside should be about the size of a small cherry, and yellow to orange in colour when ripe.When they mature, the "lanterns" dry out, achieving a papery sort of texture. At this point the fruit inside should be ripe and ready to eat. 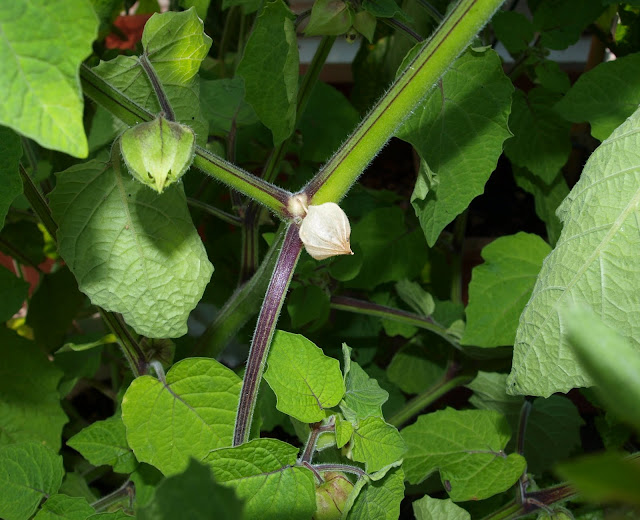 Only mine are tiny and have no fruit, just the dry husks, which have started to fall off the plants. 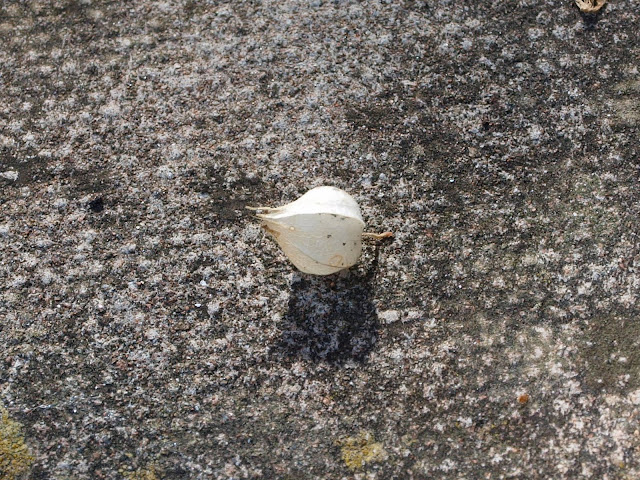 I can only suppose that the absence of fruit is due to lack of pollination, though I was mindful of this and planted two plants close to each other to aid pollination, since the plants are apparently not self-fertile.

Unless the plants have a very good late-season rally I don't think I will be growing them again. I'll use the space for more tomatoes...