Most of my tomato seedlings are growing strongly now. I have hedged my bets by keeping some of them indoors overnight, and some of them outdoors in the mini greenhouses, although both lots have been outside during the day. The difference is quite marked. The Indoors ones are much bigger and lusher than the Outdoors ones, several of which are looking more blue than green! Actually, if you are buying tomato plants for growing outdoors a certain level of purple tinge on the stems at least is a good thing to look for - it indicates that the plants have been properly hardened-off (gradually exposed to outside weather conditions). If the plants are very pale green they are probably not yet ready to live outside.


Yesterday I moved some of my tomatoes into bigger pots. This of course involved making a selection of the best ones, since I have many more seedlings than I will have space to grow. I have room for probably a dozen big pots (which will have to include a couple for the Physalises), but this year I must also find room for the huge pot that I made from half of the old water-butt that Rosemary gave me. I reckon that will probably be big enough to hold two or perhaps three of the little bushy Maskotka tomato plants.

This is the "seedling factory", aka the patio, covered in mini-greenhouses. 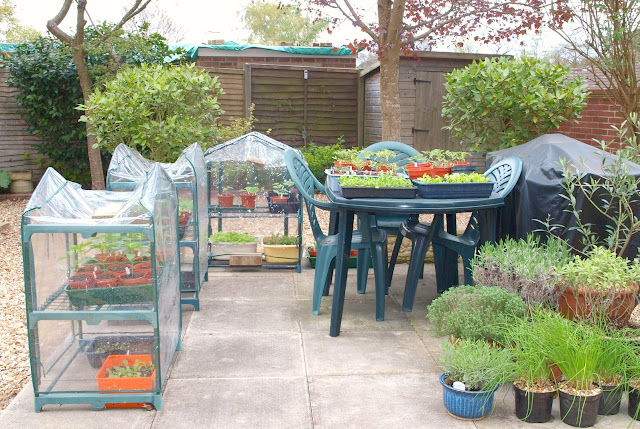 Take a look at the strong root system on this "Green Zebra" seedling. I think the extra depth provided by the tall Elmlea pot has definitely been beneficial. 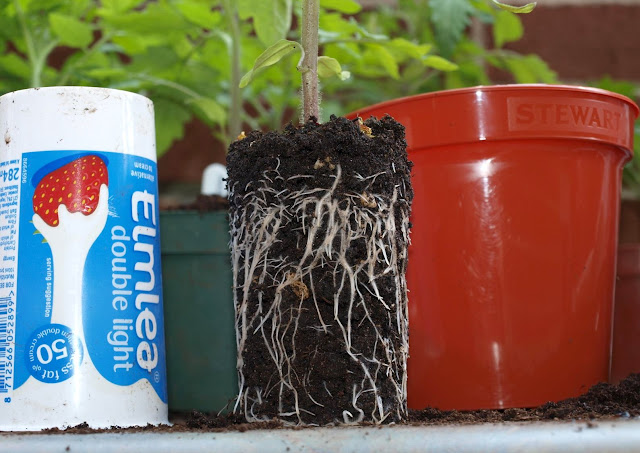 I noticed that one of the Green Zebra seedlings has "gone blind". This is a term used to describe what happens when a plant fails to develop a proper growing point and just terminates in a leaf. These pictures will probably explain better than my words can... 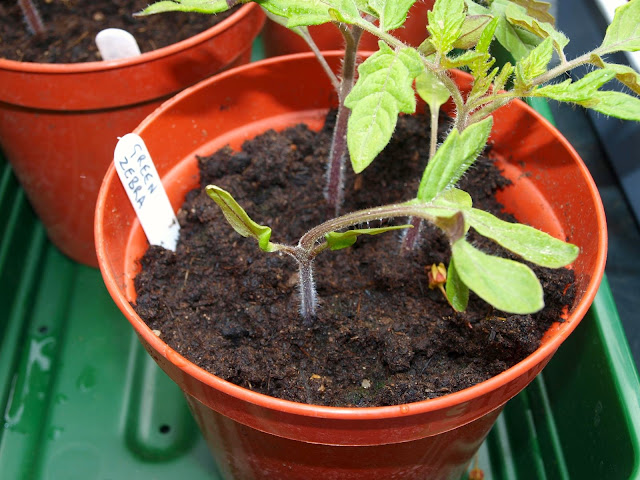 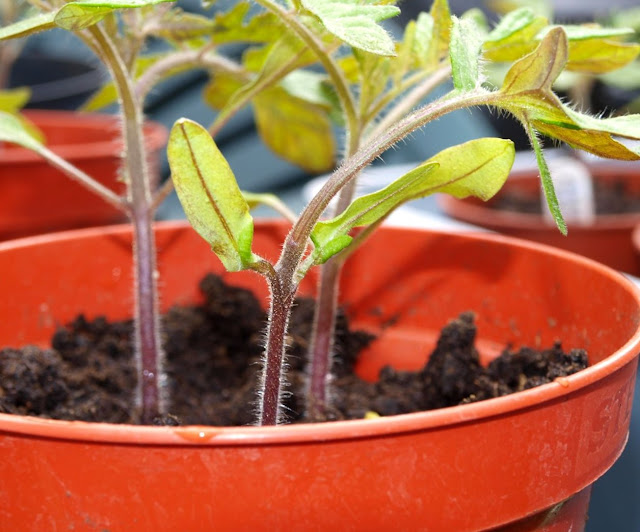 ﻿Having one seedling like this is not a problem for me though, since I have plenty of spares. And I mean PLENTY - about three times as many as I really need!
I'm keeping my Toms in fairly small (5") pots for another couple of weeks still, so that I can put them under cover if the weather turns cold again, which it could well do at this time of the year. I will probably put them into their final growing containers in about the second week of May.
Some of the Chillies have also been transplanted. I grow them in 10" containers, so it would still be practical to protect them if I had to. I have two plants each of six different varieties. I will only grow one of each, and as long as the 'A'-team ones establish successfully, I will give away the others in a couple of weeks.
Posted by Mark Willis at 17:30