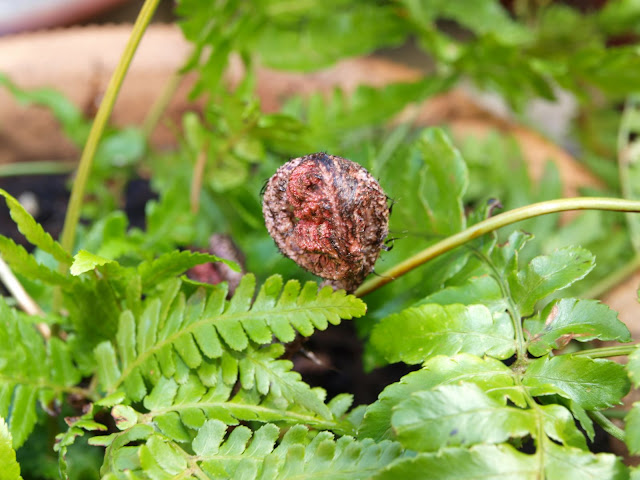 My new fern, Dryopteris Erythrosora, is beginning to spring into life... 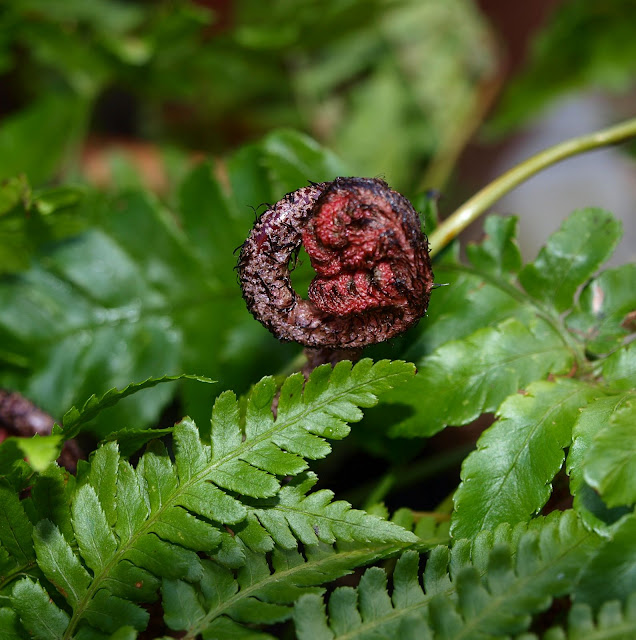 The new leaves appear initially like tightly-coiled rust-coloured springs, pushing up from amongst the green fronds. There is something "prehistoric" about these - to me they look slightly sinister. 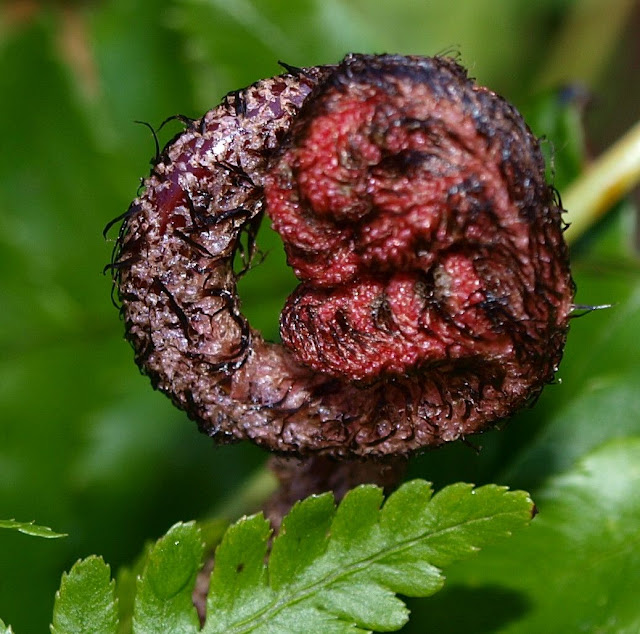 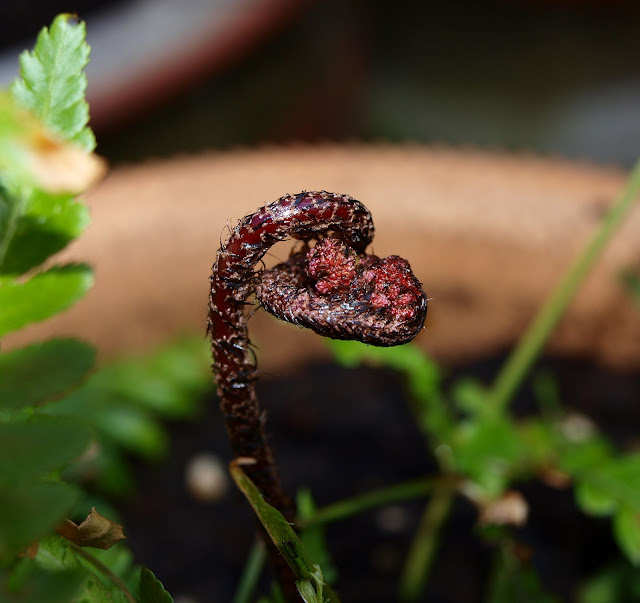 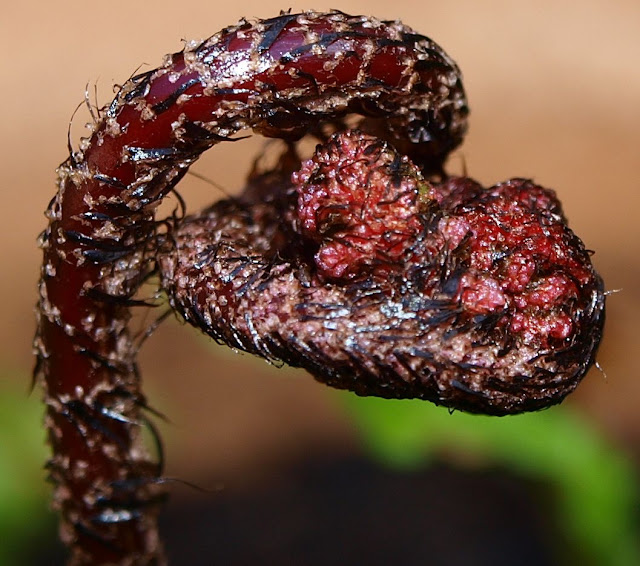 ﻿This is a photo of a fern which I think is quite similar. It is one that arrived in my garden a few years ago as a volunteer. During the Summer it produces a mass of feathery green leaves, which develop a golden tinge as the Autumn approaches. I posted about dividing and re-potting it last October.
﻿ 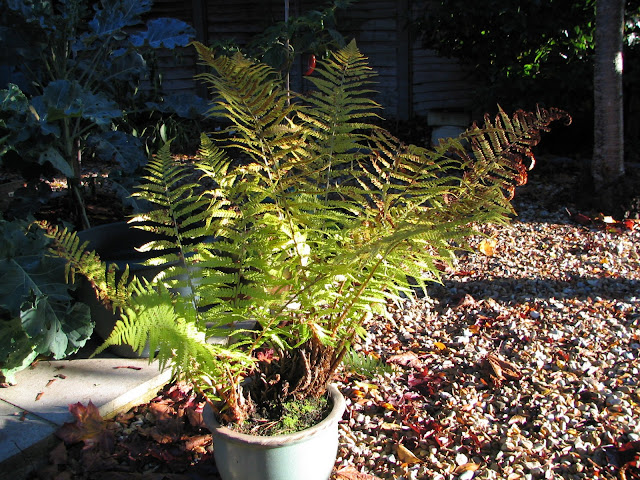 ﻿
It is now two plants, which have been over-wintered inside one of my plastic mini-greenhouses. They are just beginning to re-grow. I can see the new leaf-buds swelling. 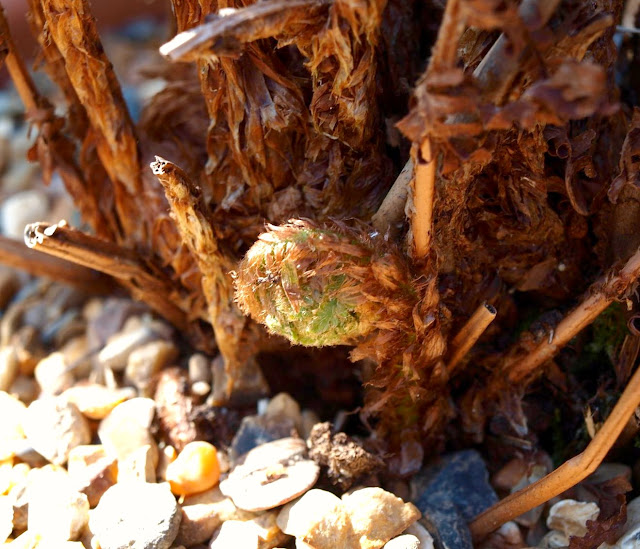 The offspring of these are now planted as a screen in front of my cucumber-growing tub. Looks like these are going to be well suited to the task... 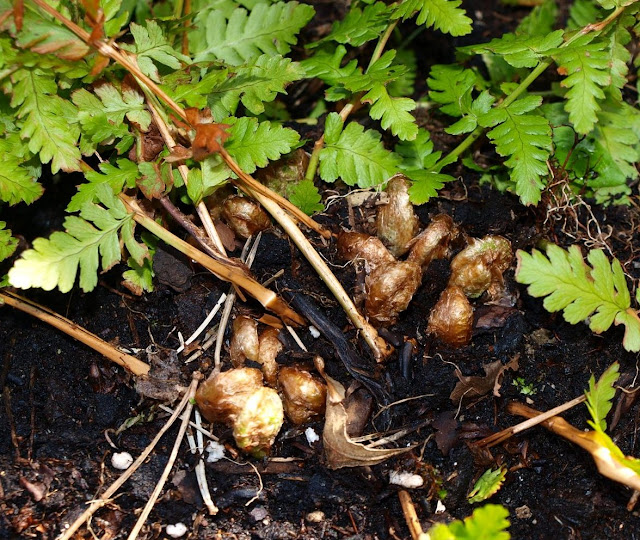