I've had a bit of a mixed result with my peas and beans.

I sowed two varieties of Broad Bean: Jubiliee Hysor and Imperial Green Longpod. The former have germinated really well, probably 95%, but the latter have been less good: only about 15% so far, although maybe some more will come up within the next few days. In my photo you can see several rows of seedlings. The theory is that each row of Radishes marks a row of Broad Beans, but the trouble is that the radishes on the right have no beans. Close inspection reveals only four bean seedlings in the entire row so far (there should be 24). Have they been eaten by rodents? Am I just being too impatient, or what??? 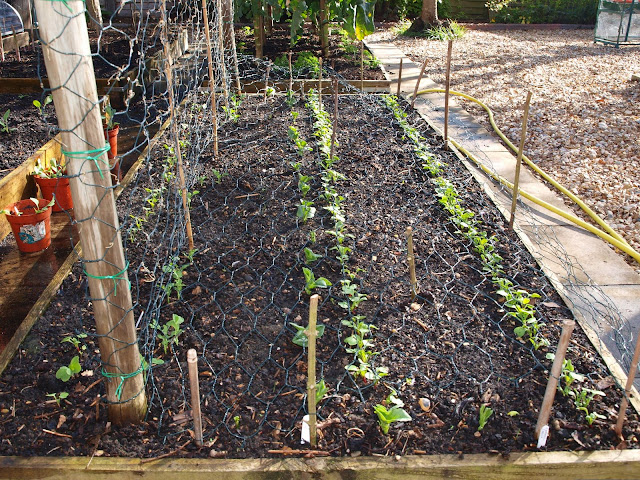 The Jubilee Hysor ones look OK though... 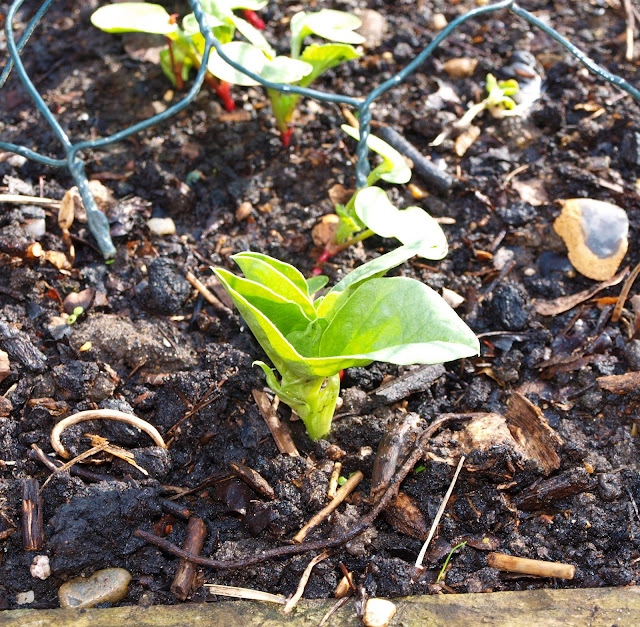 ﻿
The peas have been even worse. I sowed a 60cm length of each of four varieties of pea - about 50 peas in each I reckon - but very few of them have germinated. In my 2.4m row I reckon I have about 20 pea plants in total. 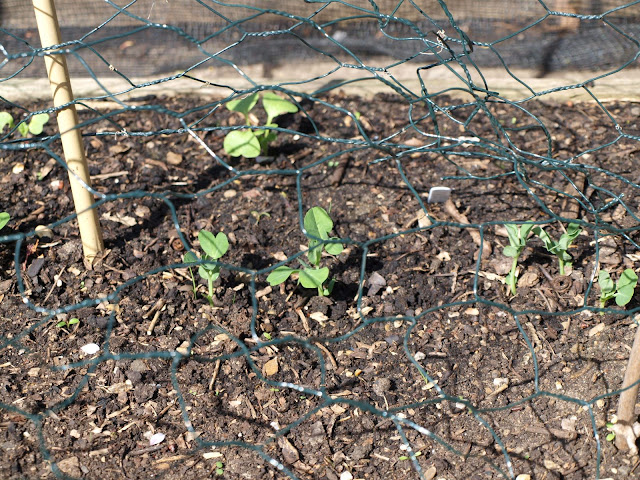 One variety (Ambassador) has a 0% germination rate! Last weekend I sowed another batch, which hopefully will do a bit better - though early indications are not good, since they were immediately dug-up by the foxes the following night. As I (carefully) dug up the area in which I had sowed the first batch I could find no evidence of un-germinated peas. They had just vanished into thin air. Maybe they were eaten by mice? 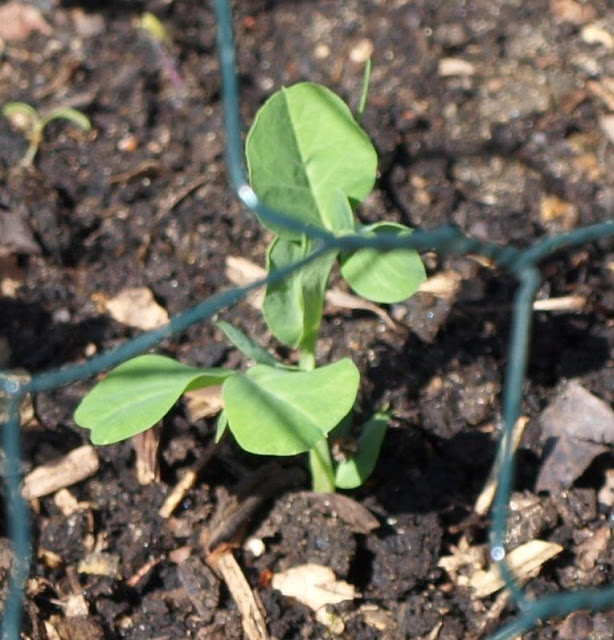 The odd thing is that since the weather conditions have been a lot better than normal for this time of year, I would have expected a better-than-normal germination rate. OK, it has been pretty dry, but I have been aware of this and have watered the soil several times since I sowed the peas.

On a brighter note, I have also planted out a load of brassica seedlings - the ones I grew from seed. There are four each of seven varieties: cabbages, various broccoli-type things, and kohlrabi. 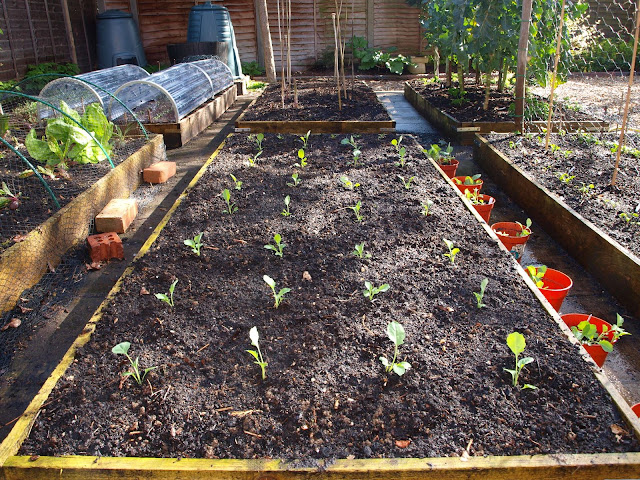 I watered the seedlings very thoroughly after planting, sprinkled slug pellets around them, and finally covered them with anti-butterfly netting (which doubles as anti-fox netting!), so they ought to be OK. Oh, and I also applied some anti-Vine Weevil nematodes before planting. If there is any justice in this world, I really should get a good crop! 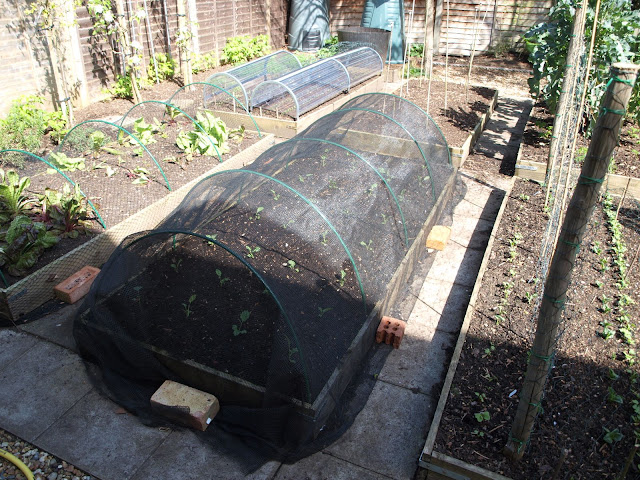