This is just a collection of photos of plants in my garden. But some of them have an unexpected additional element of interest which you only notice when the photo is zoomed - such as the spider on this pear blossom... I took the photo of the pear blossom, not the spider (which in truth is very tiny) 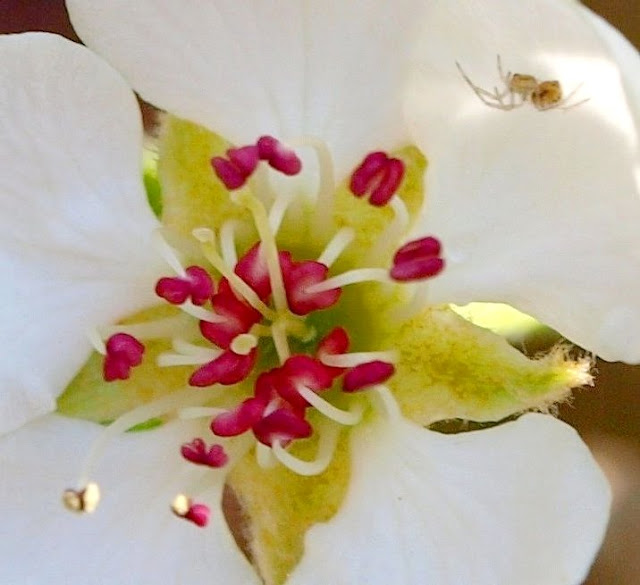 Spiders are obviously fairly common in my garden. I only noticed this one on a sprig of Sage as I was editing the photo. 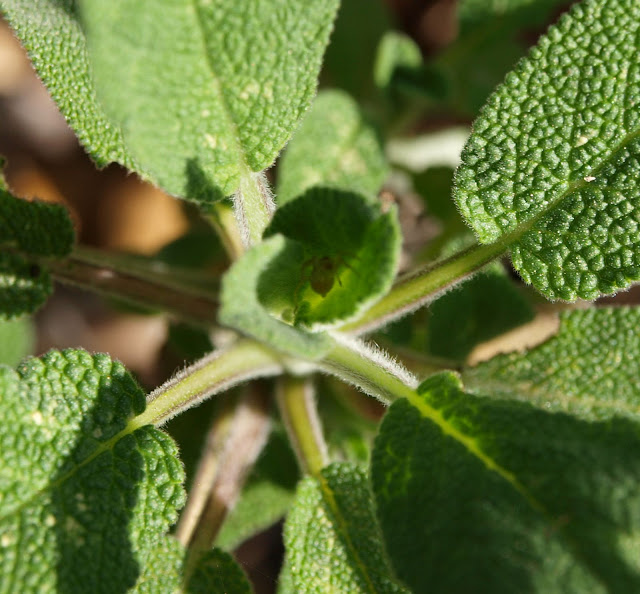 ﻿This is a flower on one of the Land Cress plants, that has gone to seed 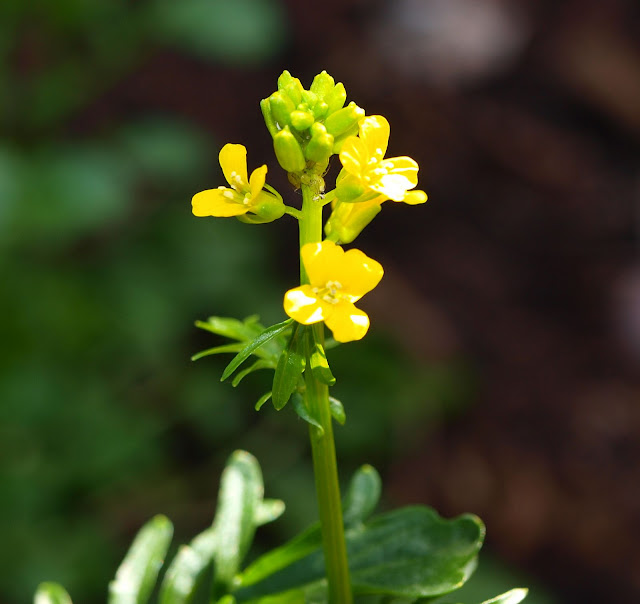 Look closely and you'll see the aphids clustered around the flowers... 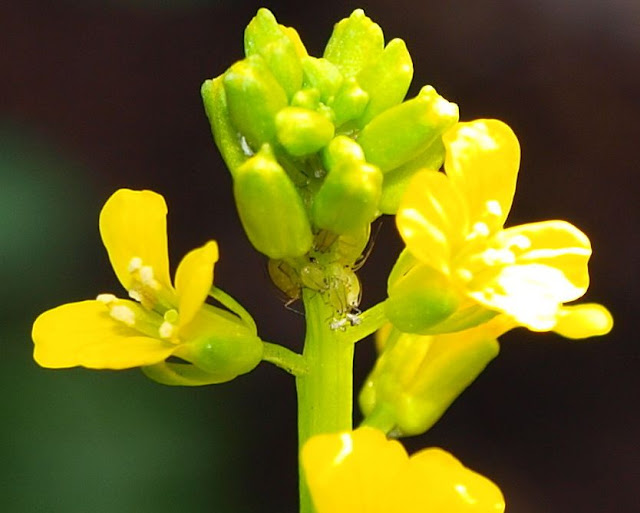 You've seen this one before - but it fits the theme, doesn't it? 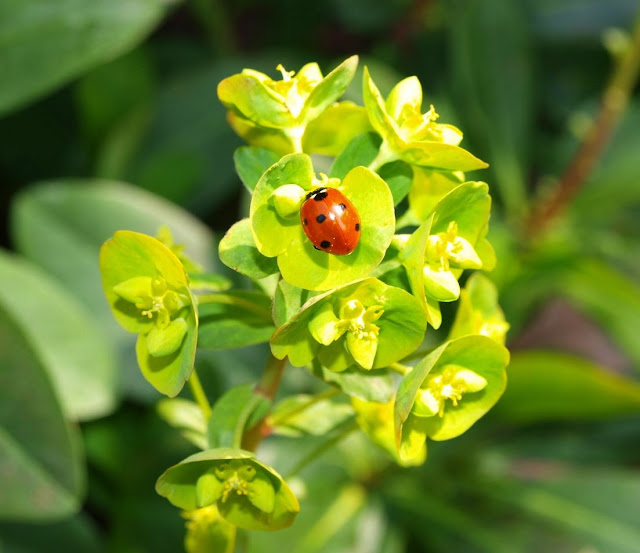 Here's another unexpected element. I saw this little tiny daisy-shaped fungus growing alongside one of my Cucumber seedlings. I spotted it first thing in the morning. When I first saw it, it was standing upright. By the time I had been to fetch the camera and got it ready, a matter of only five minutes or so, the fungus had already wilted and flopped over. An hour later there was no sign of it at all . "Sic transit Gloria", as they say... 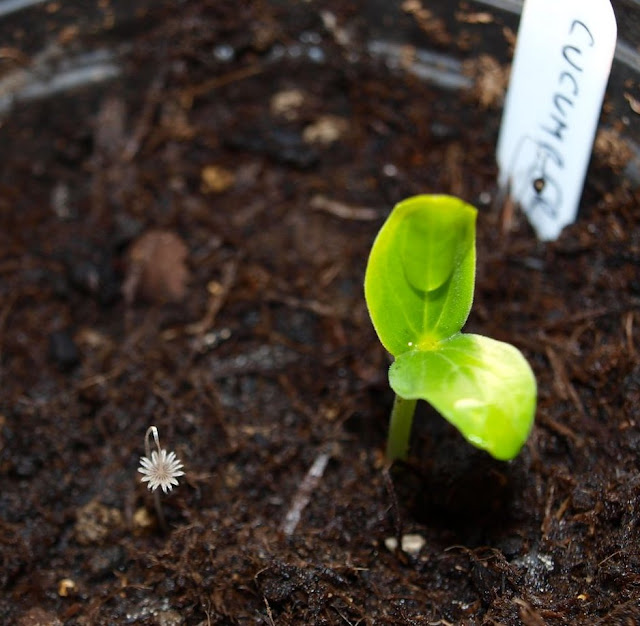 This is a leaf of a young Marrow plant, with the morning sun shining through it, highlighting all its veins. 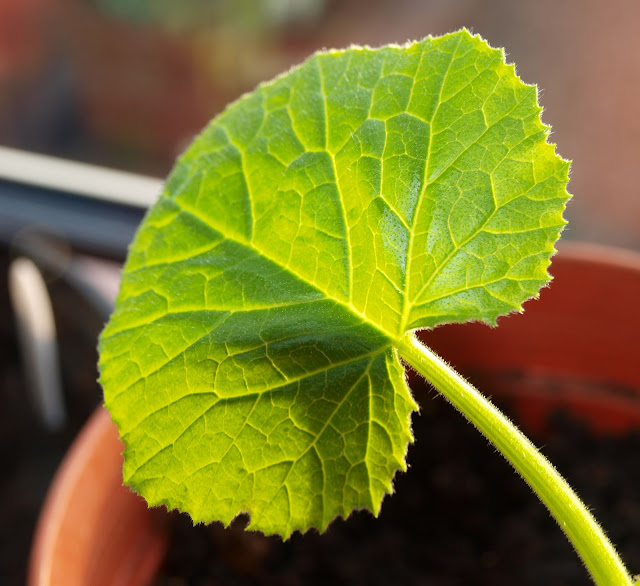 And here is the Red Basil. I am growing this as a baby leaf salad ingredient. 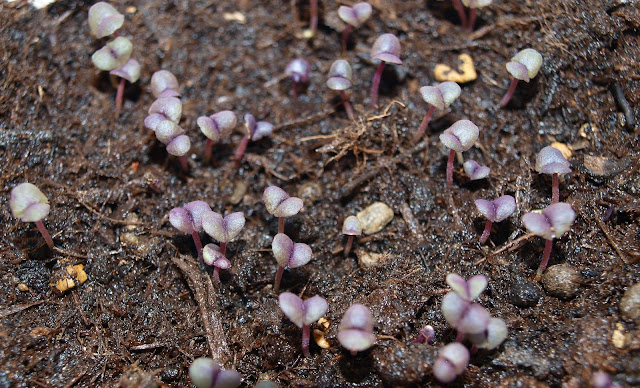 I'm very keen on baby leaf salad at present. A couple of days ago we ate the first batch of Oriental "Daddy Salad", served with a yummy dressing made with Soy sauce, vegetable oil, Sesame sauce, very finely-chopped red chilli, and a squeeze of lime juice. 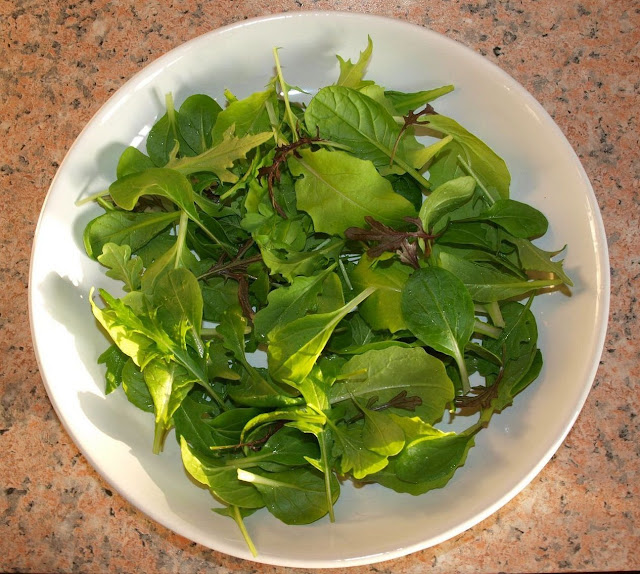 In this mixture were the first leaves of Tokyo Bekana, with which I was very impressed - succulent yet firmer than lettuce, and tasty too.
Posted by Mark Willis at 17:30