I have a few Columbine (Aquilegia) plants along the side of my house. They are self-seeded volunteers, but I love them anyway, so I let them stay. The first of their flowers opened last week. (Kelli, I hope you are noting this). 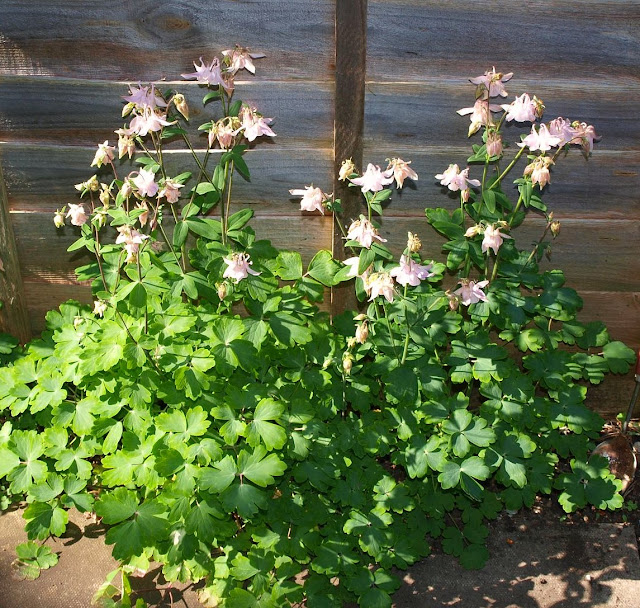 There is one with mauve-tinged pale pink flowers, that is very prolific. It self-seeds very profusely, even though I try to remove most of the seed pods before they mature. 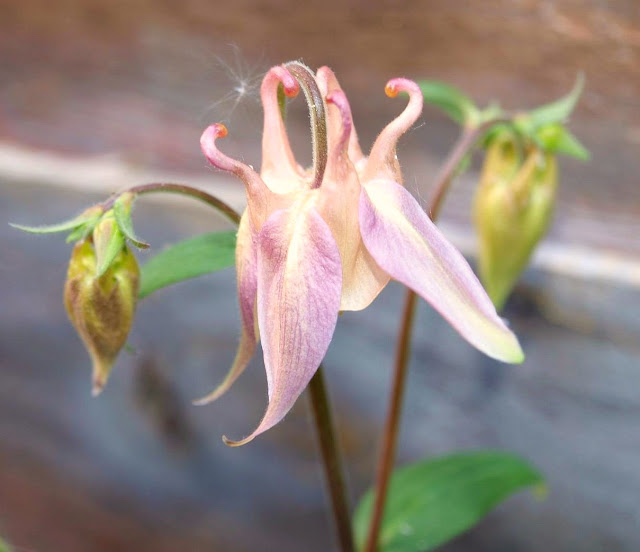 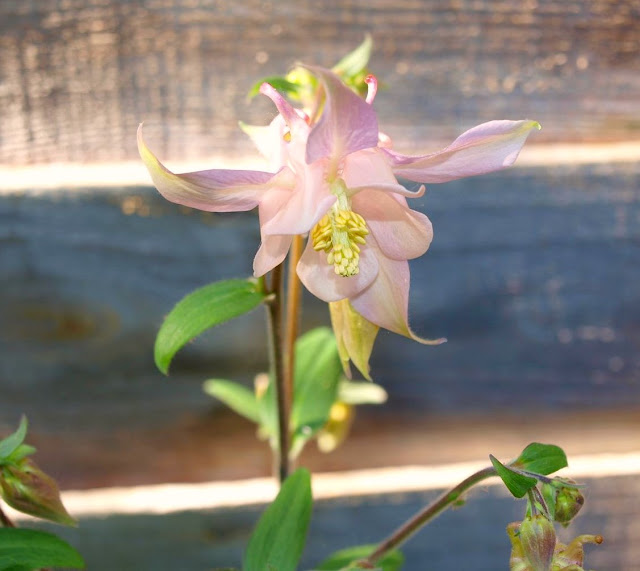 There is also one with dark blue, almost purple flowers - which I prefer - but this one is less vigorous. Despite my attempts to favour this one over the pink one, the pink one still wins the battle for space! 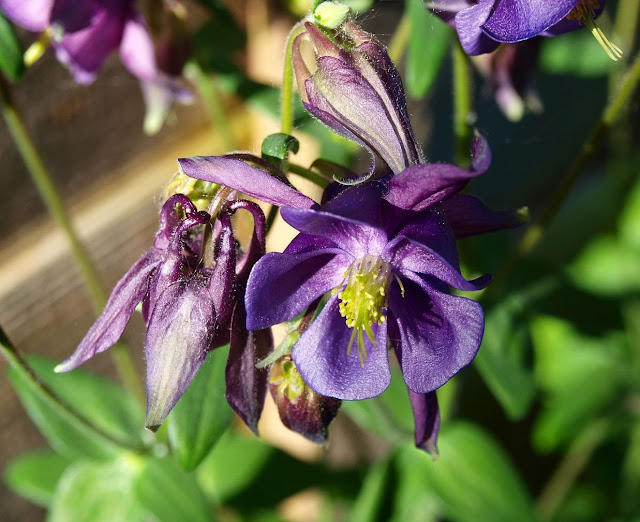 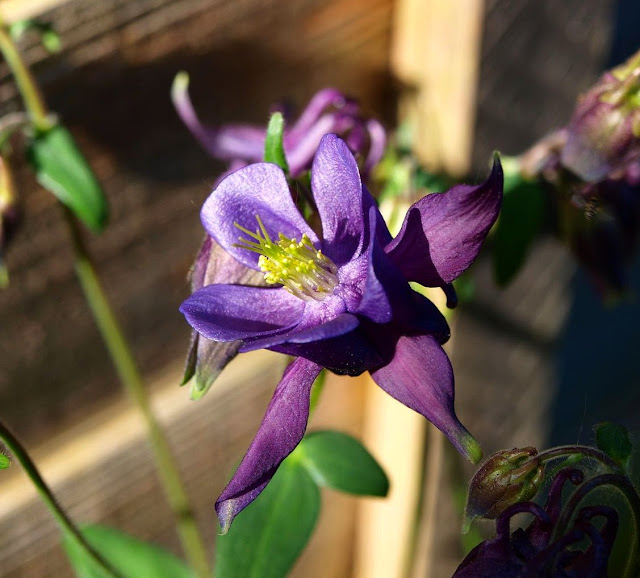 ﻿In a shady corner next to my shed, where little else will grow, I have established a small patch of Convallaria Majalis (Lily Of The Valley). 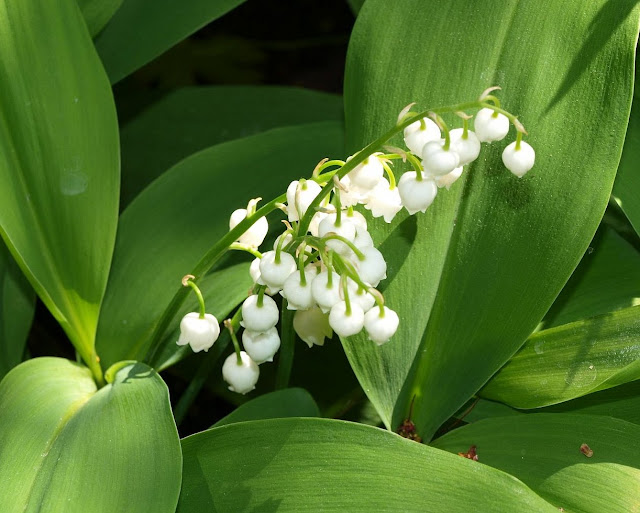 The delicate white, bell-shaped flowers are very strongly scented. At this time of year I normally bring a small bunch of them indoors, where they impart a beautiful fragrance to the Living Room. If only the flowers had a longer season! 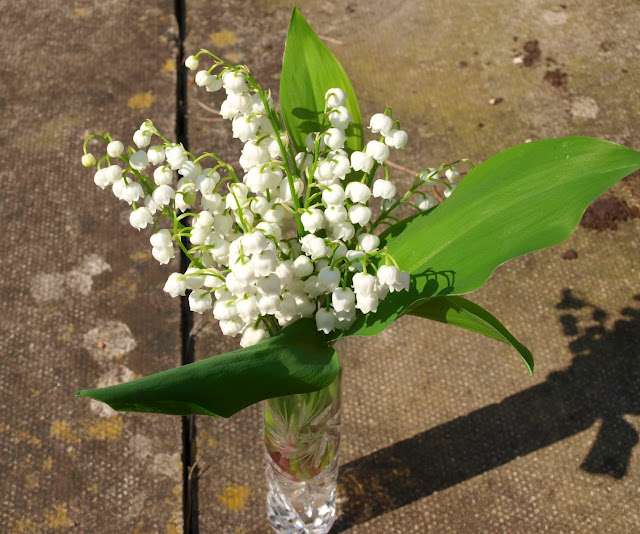