I know that like me, lots of my friends and Twitter / Facebook acquaintances grow the climbing French Bean "Cobra". It's a very reliable and prolific variety, deservedly popular. 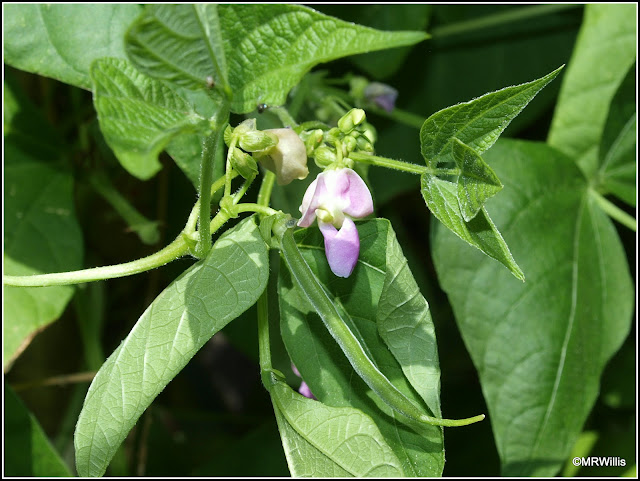 I usually interplant this type of bean with my Runners. The "Cobra" plants always set pods very early - well before any of the Runners are ready. Once this first flush of pods comes to an end there is always a temptation to rip out the plants, which by this time often look dried-up and practically dead. However, I know from experience that if you leave them in place they will often "get their second wind", so to speak, and produce another flush of pods. This is particularly so it you strip the plants of every single pod in the first flush. The plant's urge to reproduce is strong and it will "fight back" by having another try!

This is happening to my plants now. At first I saw only one bean, as I was picking some of the Runners, but once I started looking I saw quite a few "Cobra" flowers and tiny pods. 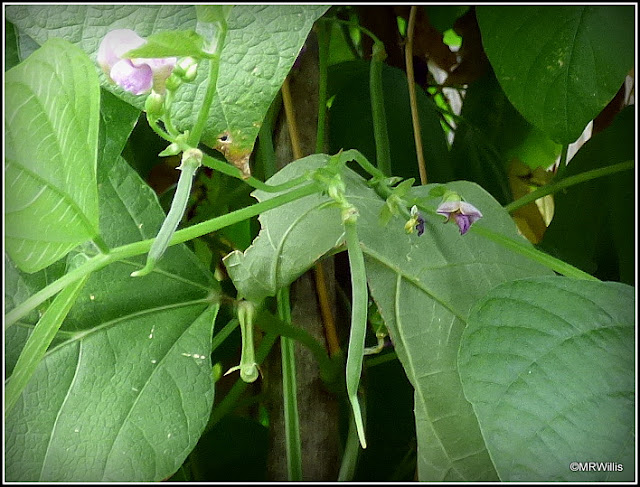 This second flush of pods is unlikely to be very big, but it will be nice to have a few French beans again, after several weeks of eating mostly Runners. 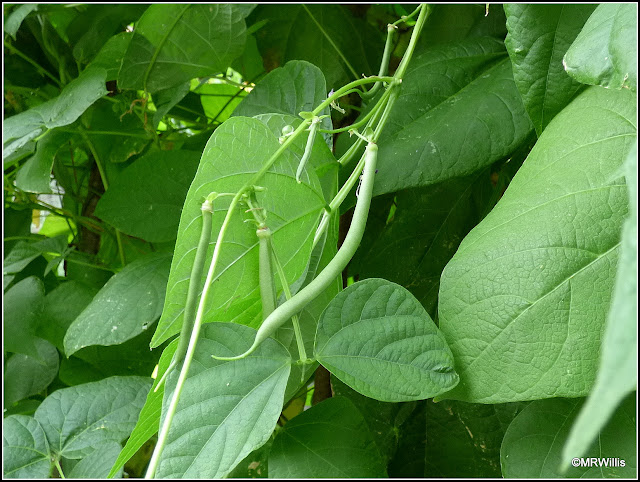 Partially hidden amongst the foliage I have found a few quite large pods, so it won't be many days before I can accumulate enough for a couple of servings. 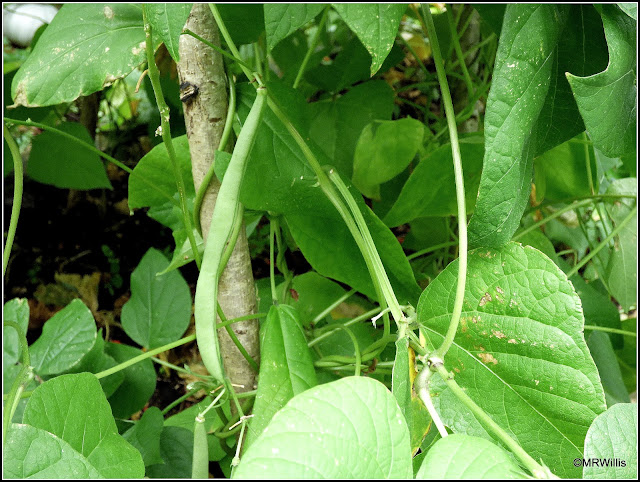 A few days ago I gave my beans (Runners and French) a dose of general-purpose liquid plant food, and this has hopefully contributed towards the "Cobras" having enough energy to give me some more pods. Of course, it almost goes without saying that in hot dry weather like we had over the Bank Holiday period it is essential to make sure that your beans don't get parched. A generous soaking, getting the water right down to the roots is also much better than a superficial sprinkle.

By the way, I thought you might be amused to see that some of my Runner beans have decided to grow up into an overhanging tree: 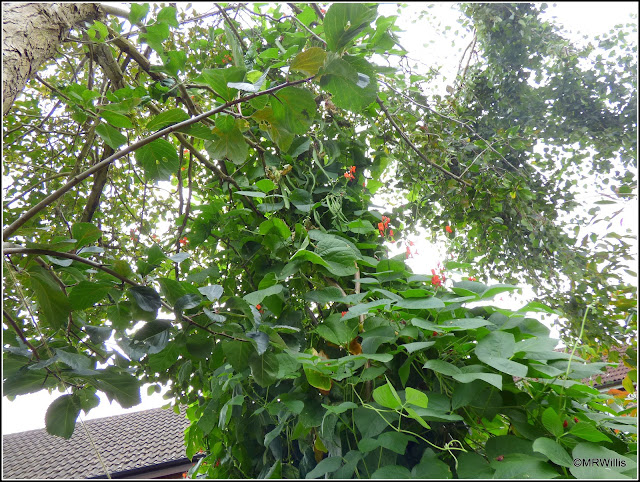 As if 9-foot Hazel poles were not big enough! There are loads of pods up there too, out of my reach... 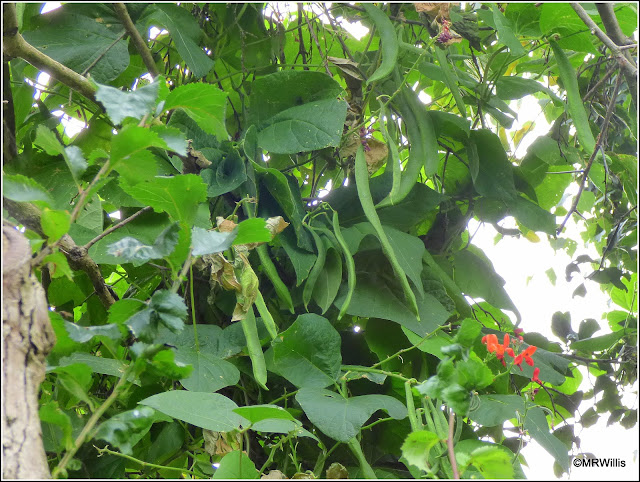 The official plan for these is that I leave them there to mature, and in the Autumn when the plants die back I'll rip them down, pods and all. The beans inside are nice to use as shelling beans. They are very similar to Red Kidney Beans, and you can use them in the same way.
Posted by Mark Willis at 12:30