Most of my cherry tomatoes are nearing their end now, but their place is being taken by the big-fruited varieties.

When I say "big-fruited", I mean ones like these:


These two dusky beauties are "Cherokee Purple". The bigger one weighed 522g and the smaller one was 436g.

Big tomatoes like this often develop cracks and scabby bits that spoil their looks to a certain extent, but I think this is only a minor problem when you consider the huge amount of lovely tasty flesh each one contains. 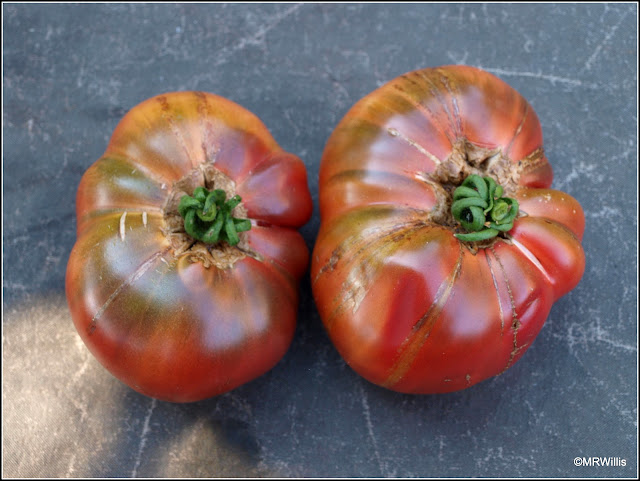 As well as the "Cherokee Purple" ones I have picked several other types, such as these, which are "Super Marmande":


Yesterday I picked this selection: 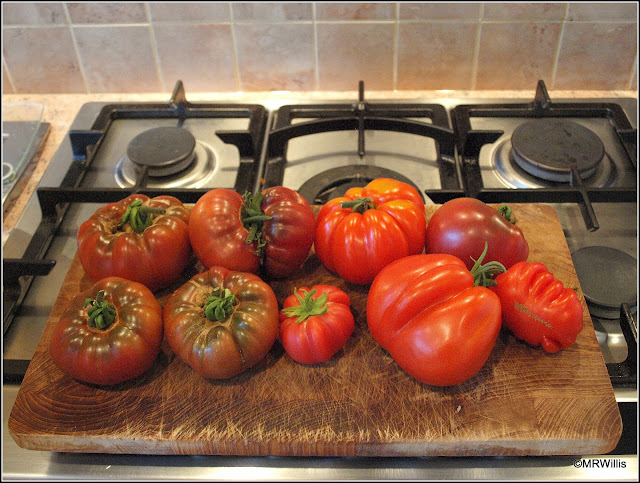 The four at the left are "Noire Charbonneuse", grown from seeds given to me by my Facebook friend Eddy Ceyssens in Belgium:


In the next photo the two at the back are "Super Marmande" (L) and "Cherokee Purple" (R), while in the foreground we see (an unrepresentatively small) "Marmonde" (L) and two of the unknown type originally labelled as "Green and Black Mini", though as you can see they have turned out very red! I think they are probably "Italian Red Pear" or something similar. Very nice, whatever they are! 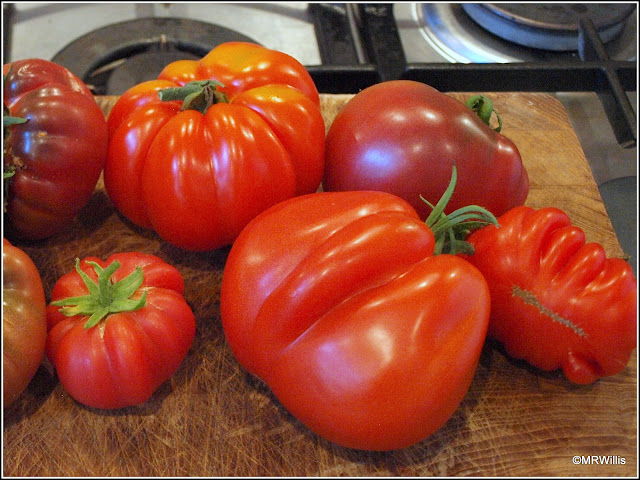 We also eaten a some of the "Ferline" tomatoes (a much more regularly-shaped variety). You can see that a couple of fruits are now missing from the lowest truss in this next photo.


My only tomato varieties that are NOT doing well this year are the two dwarf ones - "Dwarf Beauty King" and "Dwarf Caitydid". Last year both of these did pretty well, though they were late to mature. This time round "Dwarf Caitydid" has set the grand total of one fruit!


It looks like a nice fruit, but it's disappointing to see a big plant like this delivering such a sparse crop. It us certainly put to shame by its neighbour, "Golden Sunrise"! 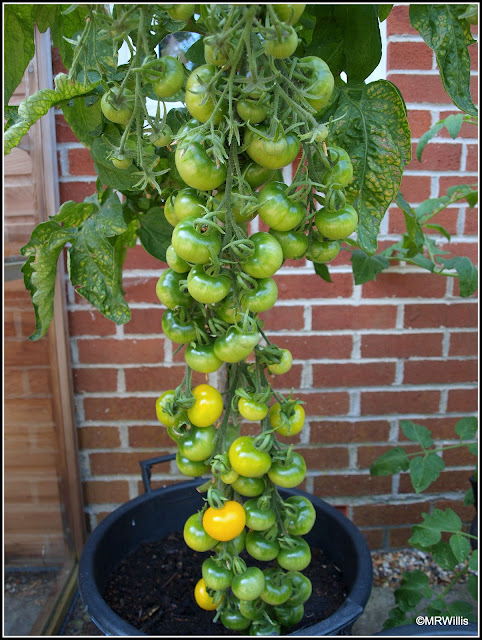 Anyway, after the good long spell of hot sunny weather over the Bank Holiday weekend, I'm looking forward to harvesting a lot more tomatoes in the coming days.