In my experience, cherry tomatoes ripen very suddenly. They stay hard and green for seemingly ages, and then all of a sudden you're inundated with ripe fruit! Just a few days ago, most of mine were like this: 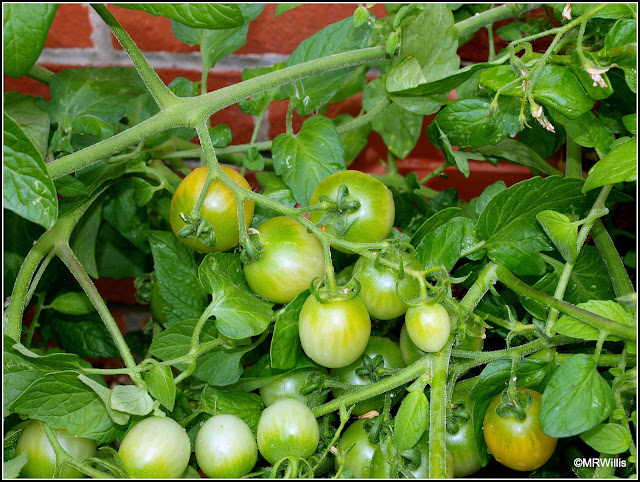 Then yesterday, I picked all these: 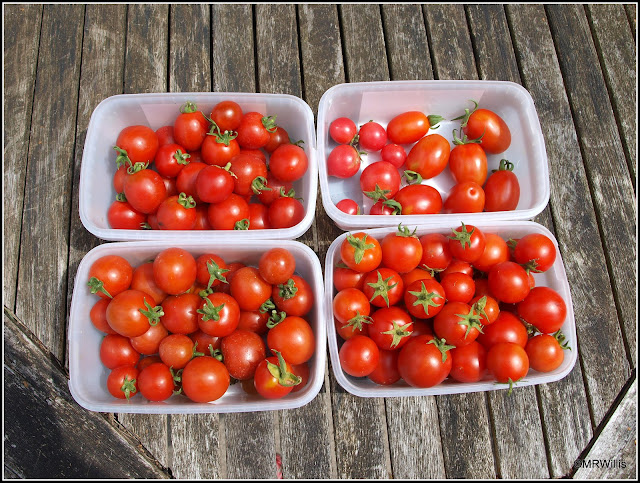 In the space of 24 hours I picked 2.24kgs of little tomatoes. 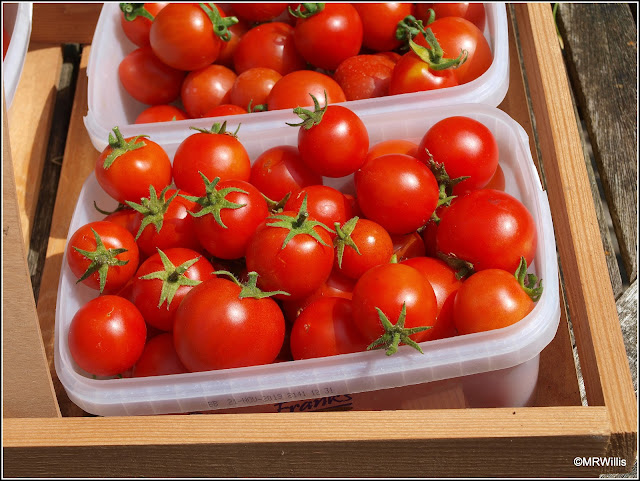 But there are also a few of "Losetto", "Minibel" and "Montello". 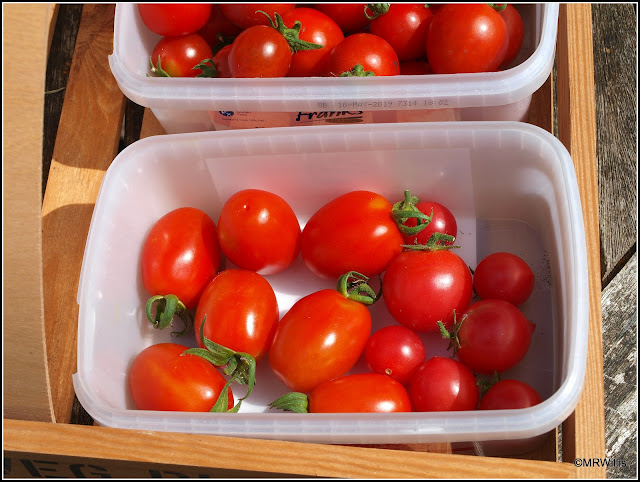 The "Montello" ones are very attractive plum-shaped fruits. I only have one plant of this variety, but I almost wish I had more! 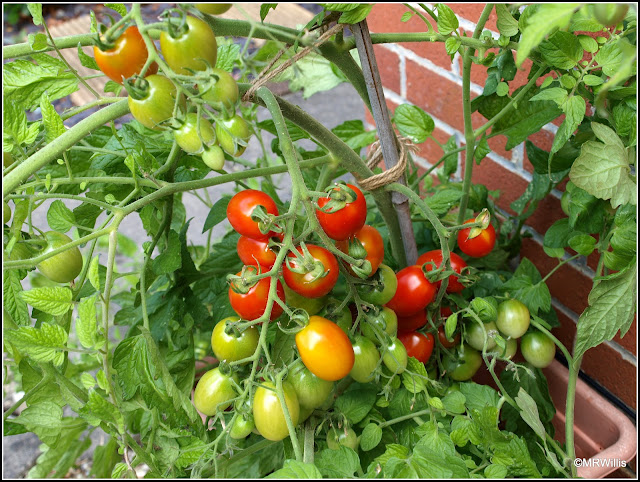 Most of the small tomatoes I grow get used in salads, or simply served on their own (with a little salt) as a "Nibble" with a drink before dinner. We seldom cook them, though we do sometimes dehydrate some to the semi-dried stage. This concentrates the flavour and makes them taste even nicer.

This week we did a comparative trial of three different varieties - "Maskotka", "Losetto", and "Minibel". We ate them dead plain, with no salt or anything, so that we could properly assess them. The first of the three is usually our favourite, but this year they don't seem as good. The plants have been rather unenthusiastic and the yield is smaller. The taste was good - pleasantly tart - but the skins seemed quite tough. "Losetto" was OK; the flavour was nice but it had lots of seeds and "jelly" inside, which was not so appealing. The newcomer "Minibel" was our favourite of the three, with a sweet taste, soft flesh and delicately thin skins.
Posted by Mark Willis at 12:30