Autumn salads in the pipeline

I've mentioned a few times that I haven't done very well with my lettuce this year - most of them bolted before maturity. However, I'm hoping that I will be able to get a better result with my Autumn crops, namely endives and chicory, with a few more of the Iceberg-type lettuces which were the only ones to do well during the Summer.

In the first week of July I sowed a tray each of endives and chicory. Both included a mix of several different types. They have now reached a good size for potting-on. 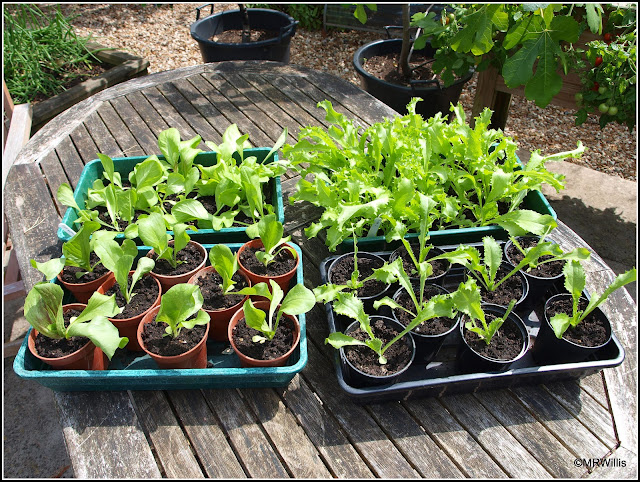 Each of the trays had a large number of little plants in it, but I haven't got space to grow them all, so I have transplanted 8 of each into 4-inch pots. This will enable the "chosen few" to develop without competition from their siblings, prior to being planted in their final positions at about the end of this month.

These ones with the serrated leaves are endives. 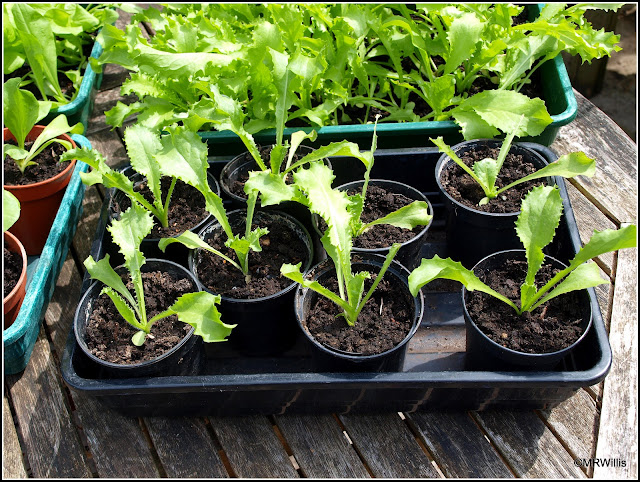 And these ones with the plain leaves are chicories. 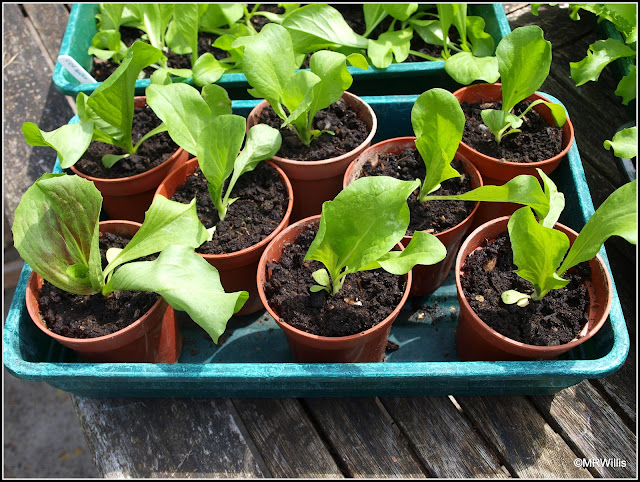 As I said, since these are from mixed sowings, I have no idea what varieties they are, but we like all sorts of endives and chicories, so this is not a problem. It would be quite nice if they turned out to be all different, because that would probably mean they would mature at slightly different times rather than all at once. Most of the chicories are plain green at present, but this one is showing colouration already so it's probably one of the "Radicchio" types. 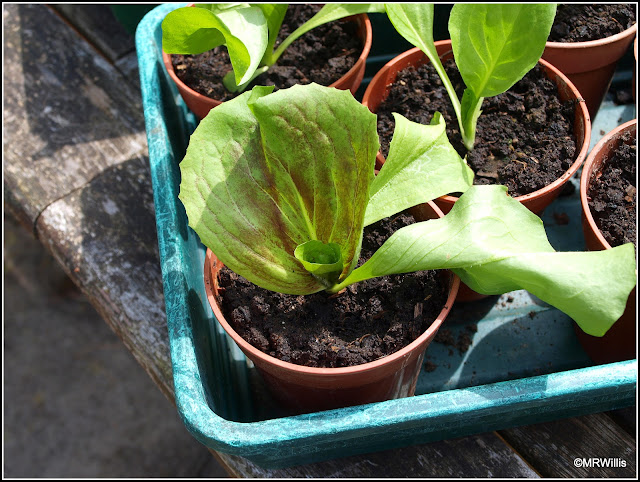 Generally speaking, endives and chicories are grown in the same way as lettuce, though the endive is particularly prone to bolting if the weather is erratic, and it seems to do better in the Spring and Autumn rather than in high Summer. Many of the chicories are very frost-hardy too and will survive even in cold Winters. Last year I was late sowing my endives and they were not ready to eat in the Autumn, so I covered them with tunnel cloches and over-wintered them. In the Spring they started into growth once more and turned out to be very good. I may try something similar this year too. 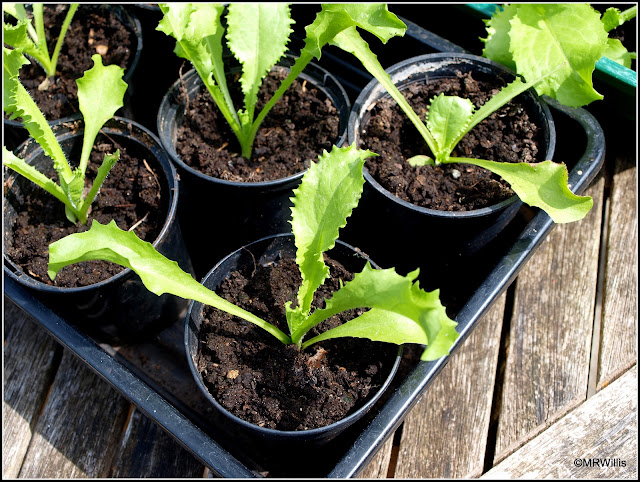 Depending on how things go, I may end up with both an Autumn crop and one for over-wintering, but the majority of the seedlings remaining in those trays are probably destined to be eaten as Baby Leaf Salads. 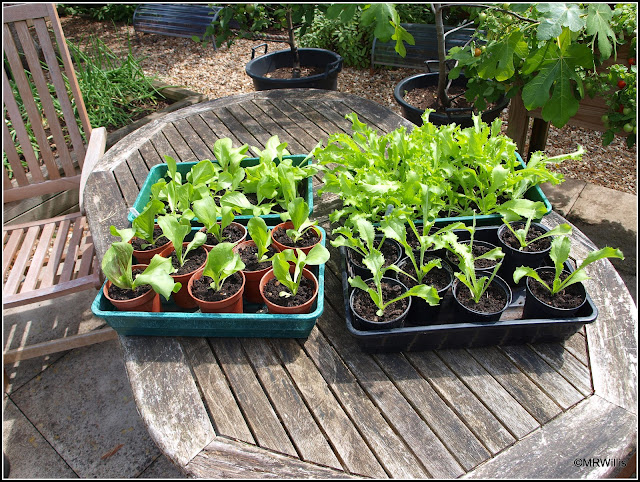 If you haven't tried growing endives and chicory, I strongly recommend that you give them a go. They are a great way of adding to a salad something a bit more substantial than lettuce - and they have the extra benefit that slugs and snails don't seem to like them very much!
Posted by Mark Willis at 12:30