I harvested the last of my potatoes this week. They were "Highland Burgundy Red", grown in a 35L plastic tub like all my others. This was the only Maincrop variety I have had this year. All my other varieties were First Early or Second Early ones. I've never really had a lot of success with Maincrops, I just don't think they are well suited to growing in containers, especially in a hot dry Summer. The meagre crop from this tub proves the point: 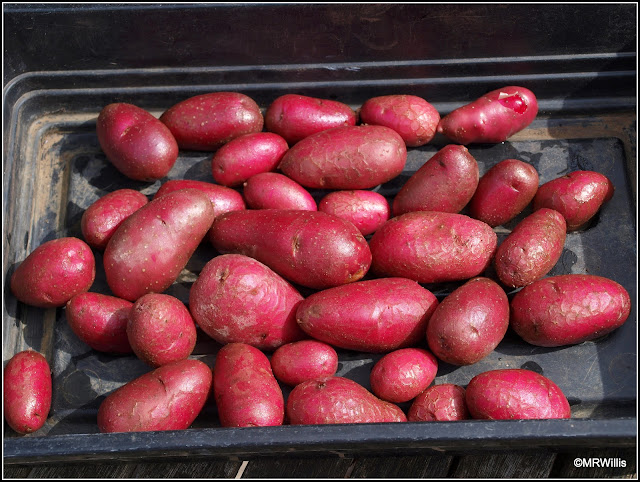 This is the yield from two seed-tubers (both grown in the same pot) and amounts to just under a kilogram. A disappointing result. I don't think they would have grown much more even if I had left them another couple of weeks, because the foliage had already died down. 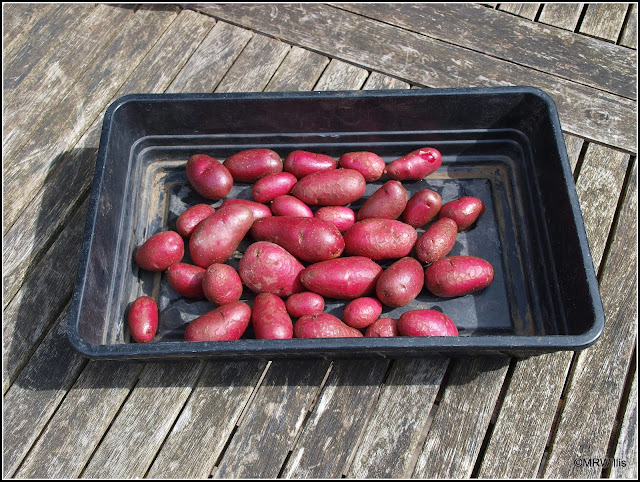 The quality of these potatoes remains to be seen, but outwardly it doesn't look too promising. Yes, the skins are a lovely carmine pink colour, but they are also very rough. 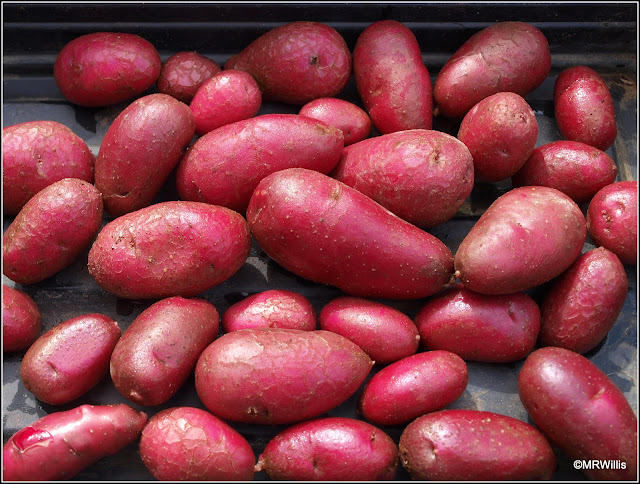 Still I suppose that is what you have to expect from a Maincrop variety. Peeling them before use would be normal, unlike in the case of Early varieties where you either just rub the skins off or eat the potatoes with the skins on (we usually do the latter).

After-note: We ate some of them as mini Jacket Potatoes last night. Texture was good - almost floury and creamy at the same time. Taste also good. As a bonus, the flesh stayed pink too - not the dirty grey that some red-fleshed potatoes go!
Posted by Mark Willis at 12:30