Last year my Blueberry harvest was almost nil. Very few fruits formed on my plants, and most of those were eaten by the birds. There was very little I could do about the former problem - which was probably just the result of strange weather patterns - but the latter was mostly my fault, because I failed to provide adequate protection. The trouble is that I don't really have a good place in which to grow my Blueberries. All the best space is taken up with raised beds!

I have four Blueberry plants and they are all in pots, which at least means they can be moved around if necessary. They are several years old now, and quite big plants. 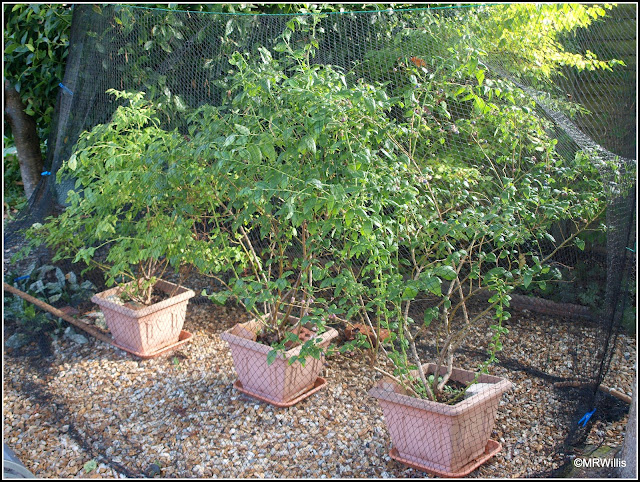 In the absence of a proper fruit-cage (and somewhere to put it), the only protection I have been able to arrange is a net draped over a length of washing-line tied between two trees. 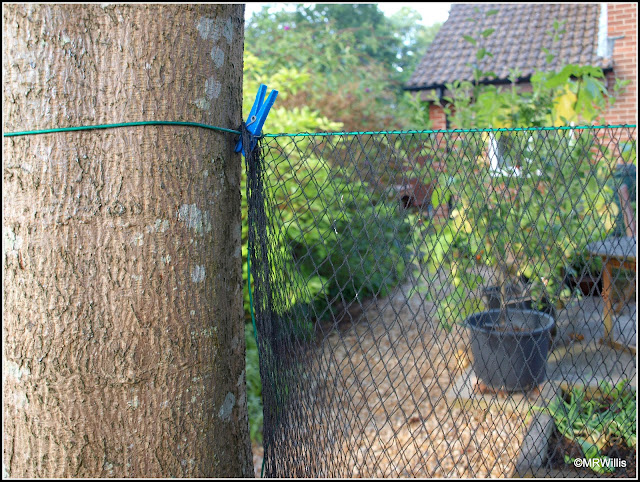 It's certainly not ideal, but it works reasonably well. I've only had to eject one bird from inside it, and that was a young Robin who probably didn't do much damage whilst he was in there. If the intruder had been a Blackbird it would have been a very different situation! 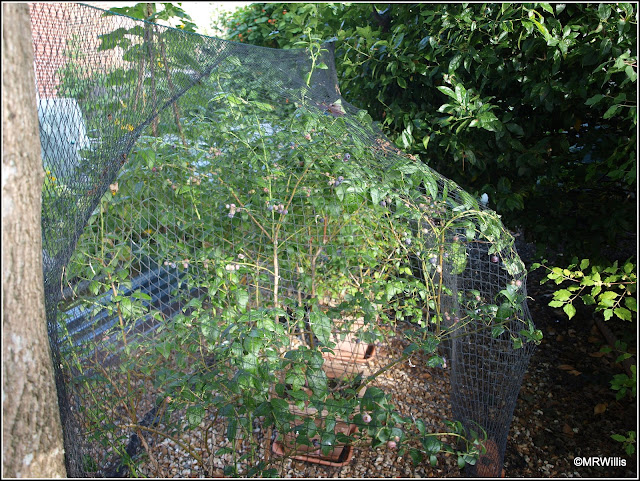 My plan for next year is to cut down to two plants, and to provide more efficient protection. One of the plants I will discard is the one that produces pink berries. It has never produced more than a handful of berries, and I just don't think it is worth the effort of keeping it going. I don't know what varieties the other three plants are, but two of them seem quite similar and produce very large dark-coloured berries, like these: 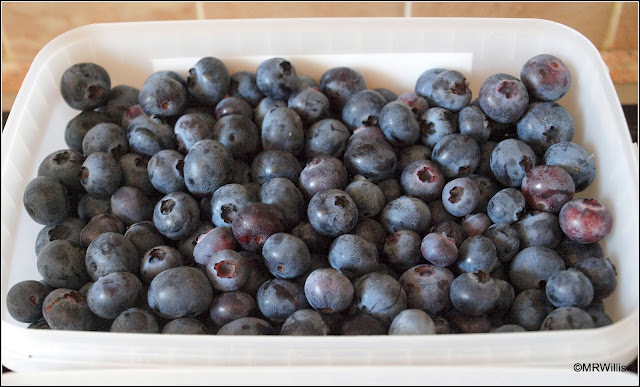 The third one produces much smaller berries which have a very pronounced grey-blue bloom, like these: 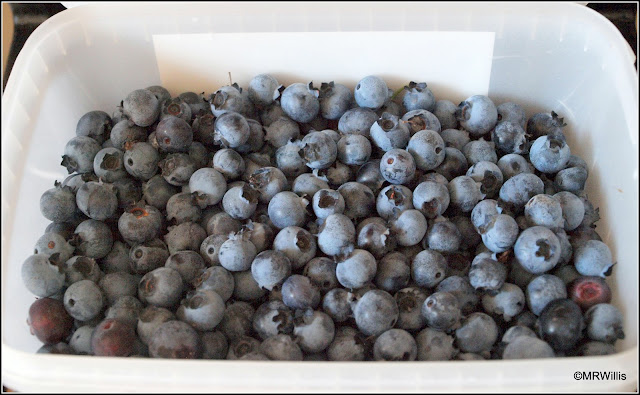 So, over the Winter I will have to make a choice... 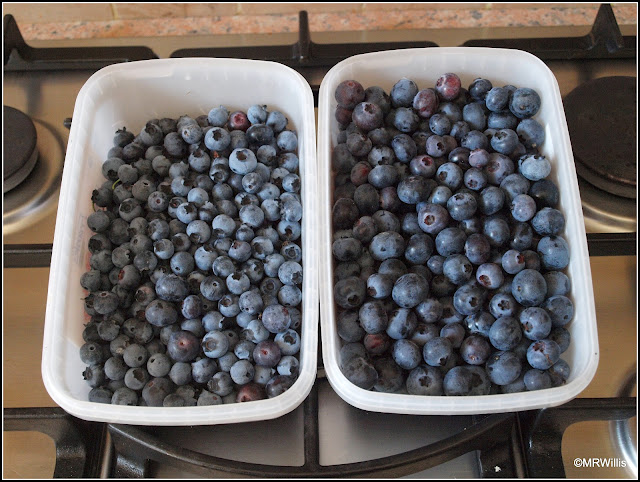 It's not a huge crop, but then the plants don't require very much attention (mainly watering and a once-a-year pruning), so it's a fair return.

We have several ideas for using these berries, but some of them have already been used to make a batch of Blueberry muffins. Jane has a recipe that uses Sweet Freedom instead of regular sugar, and it makes some really nice muffins. 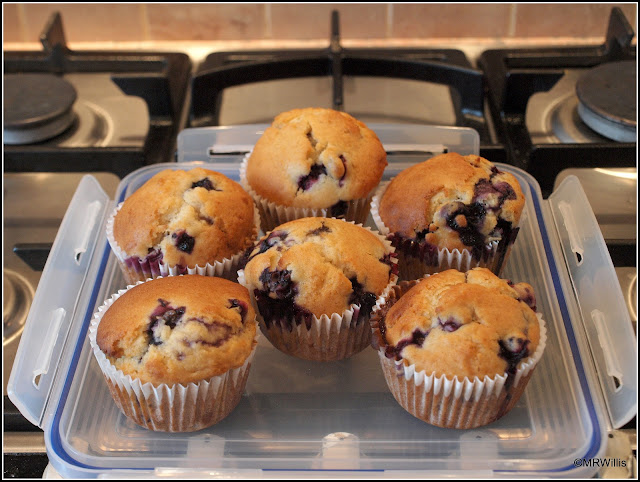 I have also "bagged" some for making Blueberry Compote, which is very nice with ice cream, but I suspect that many of them will end up as "Nibbling Fruit". We put a bowl of fruit on the kitchen worktop and every time we pass a couple get popped in the mouth. An easy way to ensure we maintain our Five A Day!
Posted by Mark Willis at 12:30