Earlier in the year I was hit by weedkiller contamination in compost, and unfortunately it affected almost all my chillis. I nurtured the plants as best I could, and most of them survived. The warm sunny weather during much of July was a great help. Now, the plants have recovered quite well and most of them are looking very good - except that they are way behind schedule. I haven't picked any ripe fruit yet, which is unusual considering that we are into August already.

This plant is my "Chocolate Cayenne", which seems to be in fine condition now, with several good fruits on it. 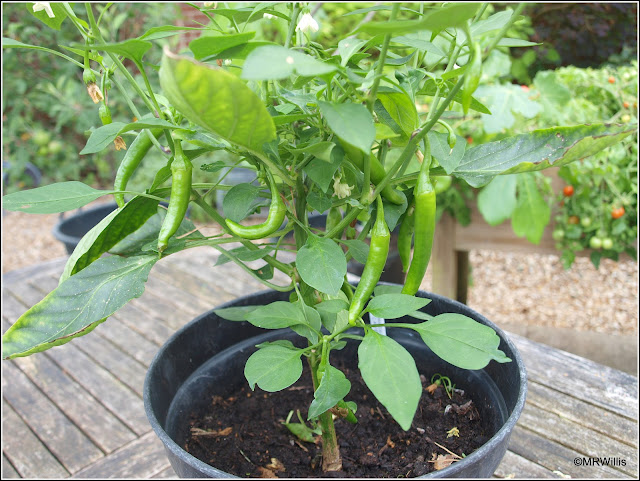 My aim this year was to produce a bigger chilli harvest than usual, in order to make more Sweet Chilli Sauce, so I have fewer of the "exotic" types and mostly the fairly straightforward Cayenne types. Four of the plants are "Cayenne Long Slim". Two of these seem pretty good, and have regular-shaped fruits like this: 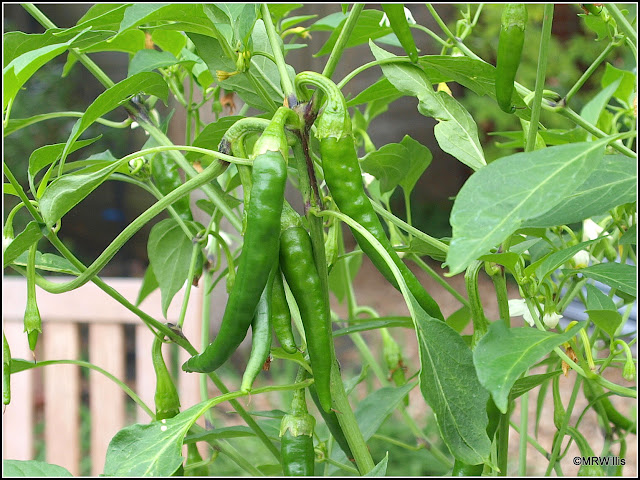 The other two were evidently more badly affected. They still have a fair few distorted leaves, like this: 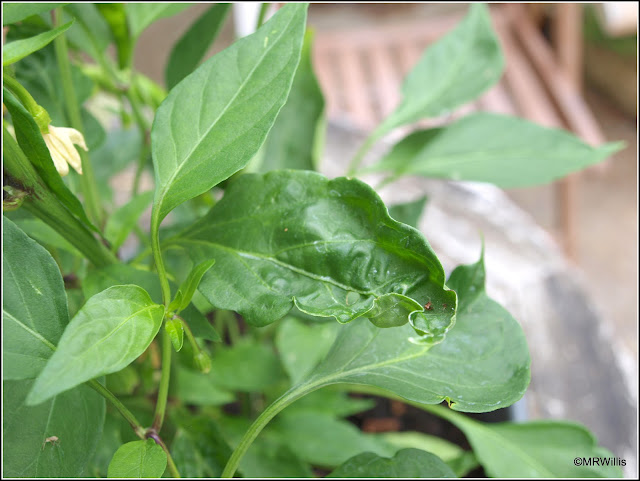 More worryingly, they also have a lot of weirdly-shaped fruit. Curly ones like this are not particularly unusual: 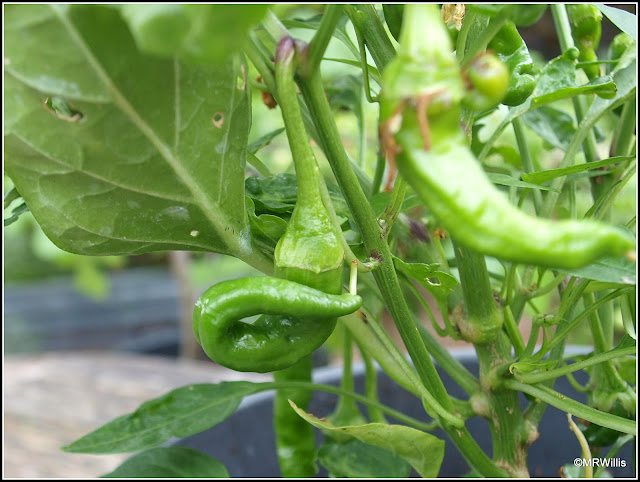 But this is like no other Cayenne fruit I have ever encountered. It looks more like an Habanero! 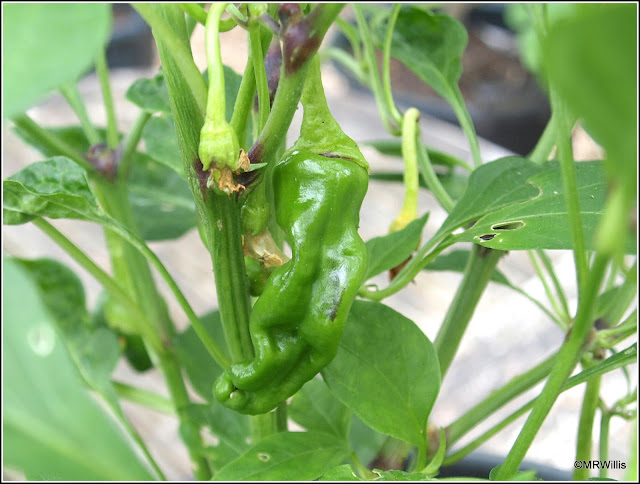 And of course I have a couple of fasciated ones: 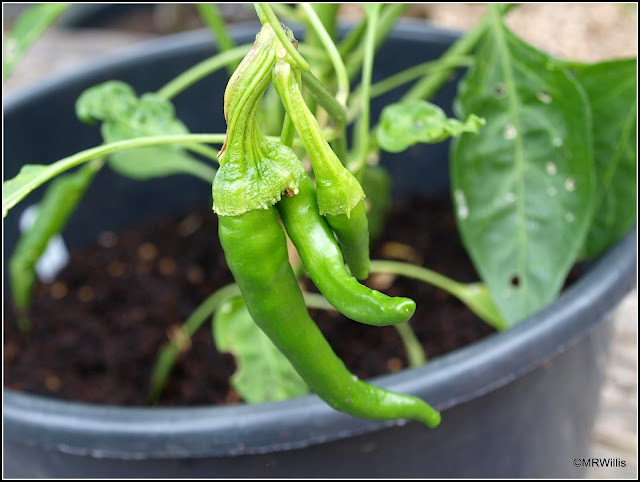 One of the worst-hit plants was this one, seen here in May. I had cut off most of the damaged foliage and wasn't really expecting the plant to live. 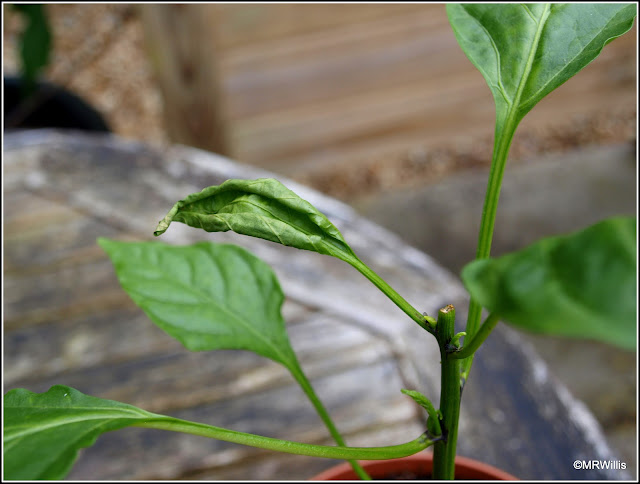 However, the plant defied the odds and did pull through. This is it earlier this week: 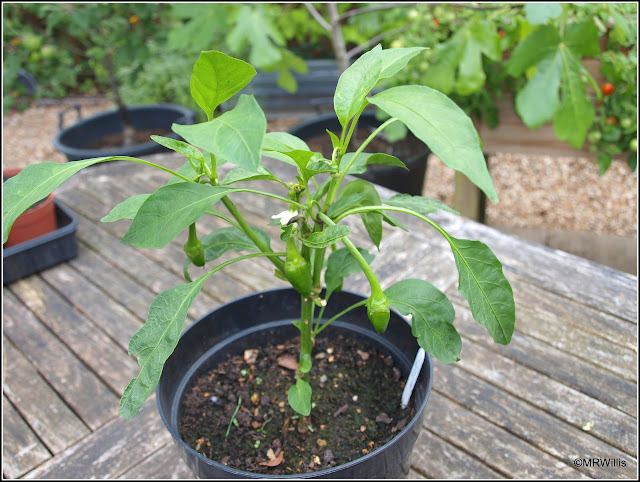 You wouldn't describe it as big or strong, but at least it has some leaves, and even some fruit! It's amazing how resilient some plants can be...

On 12 May I posted this photo of my very first chilli fruit of the year, an "Hungarian Hot Wax": 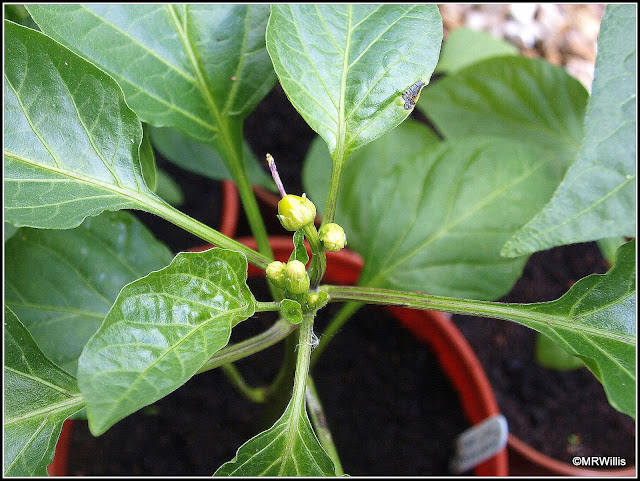 Unfortunately it never got much bigger than that, and it dropped before reaching maturity. The parent plant was very sick. It lost most of its leaves and those that remained went a very strange bronzey colour. I fully expected it to succumb. It didn't. It now has healthy leaves once more and even a couple of of these beautiful flowers, though I fear it may be too late for any fruit to ripen. 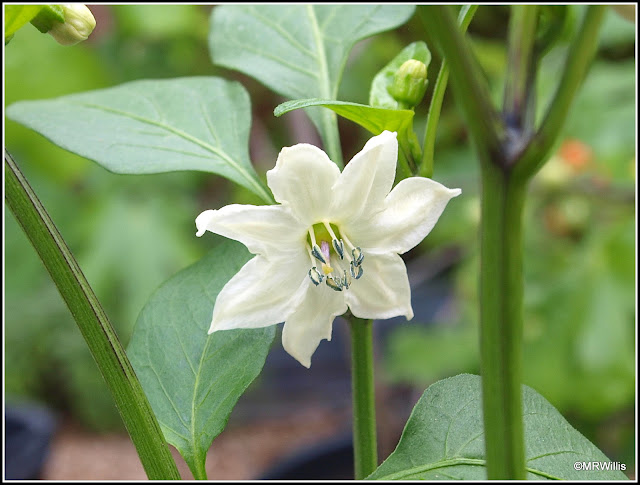 I think the moral of this tale is "Don't give up". Some plants are a lot more resilient than we give them credit for! My 2019 chilli crop would have been a lot better without that awful herbicide stuff, but it's certainly not a washout. As long as we get a reasonable amount of sunshine in the next five or six weeks I think most of my plants will deliver a decent harvest.