Over the last few days we have been enduring some atrocious weather - very cold temperatures, strong winds, and several inches of snow. My plants have not enjoyed it! I managed to put quite a few of them in my coldframes and mini-greenhouses, but even so they have suffered severely. Such things do not provide much protection from temperatures as low as -11.7C. Fortunately, today the temperatures have risen above zero (a balmy 4C), and a thaw has begun. 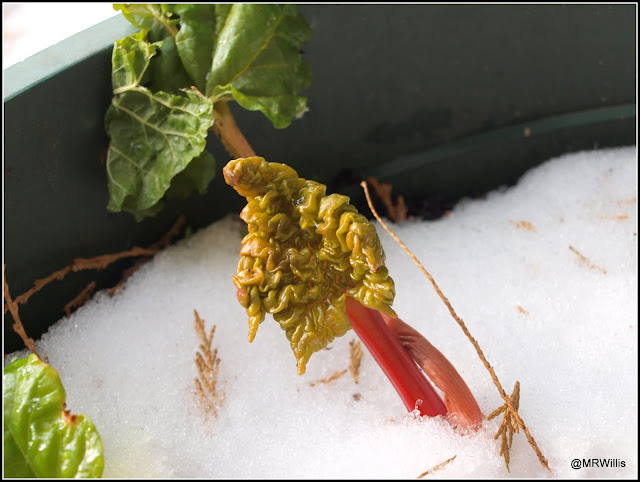 I got my timing completely wrong with my Broad Beans. When the very cold spell began, they had just germinated. I brought them indoors for what I thought would be just one night, but it turned out to be five (and the days too!). I did my best to give them as much light as possible, and not too much warmth, but there is a limit to what you can do when you need to keep your house habitable, so the beans have gone a lot taller and thinner than I would like. Today, with rising temperatures and a bit of sunshine, they are out in the coldframe again: 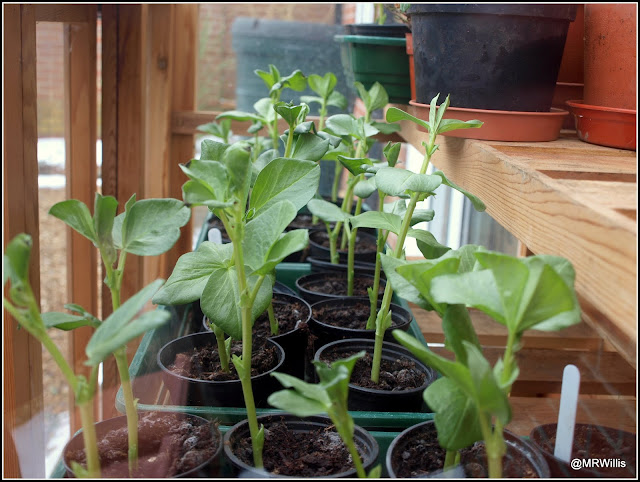 You might recall that I sowed 4 different types of Broad Bean. Some of them have performed better than others. This type (Type "D"), for instance, has remained shorter and sturdier than the other 3 types. 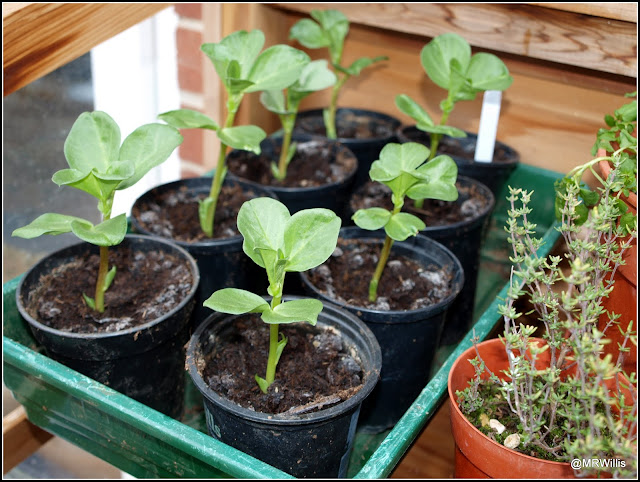 The indoor windowsills are full of small onion, leek and brassica seedlings, so I'm worrying about them too. I don't want to keep them indoors any more, but I'm reluctant to lose them by subjecting them to really cold conditions outdoors. I've said this before, but sometimes I really wish the whole of my back garden was one big greenhouse!

This is something I expect quite a few gardeners in the UK will have experienced this week - terracotta pots cracking or disintegrating. 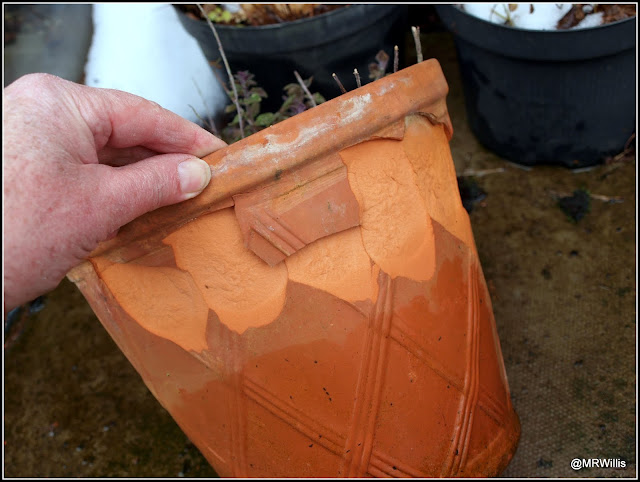 Water gets into the material, and when it freezes it expands, throwing off "scales" from the outside of the pot, or in some cases splitting completely. I think some of my watering cans might have been damaged too - foolishly I left them outside and full. The expanding water may have split them as well. I'll have to wait till they are properly thawed-out before I will be able to tell. Oh gosh, now I've remembered the water-butt. If that's cracked it would be a disaster!

Update on the chillis: So far 15 types out of 20 have germinated, but not all seeds in each pot. Having sowed (in most cases) 5 seeds in each pot, I count that variety as "germinated" if at least one seedling comes up, and move it to the Growlight House straight away. 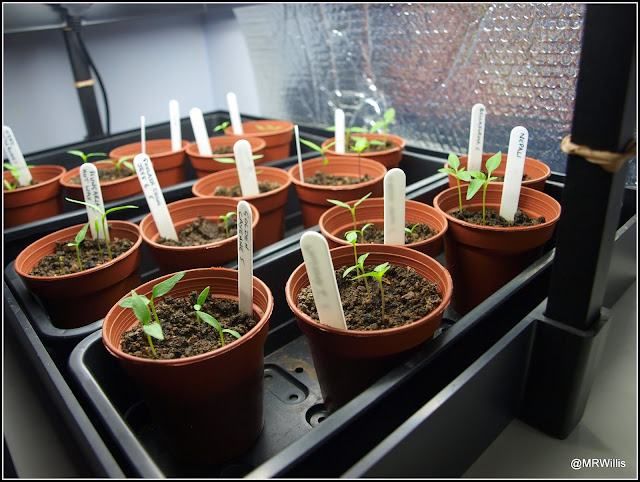 Usually what happens is that the other seeds mostly come up too, but at a later date. 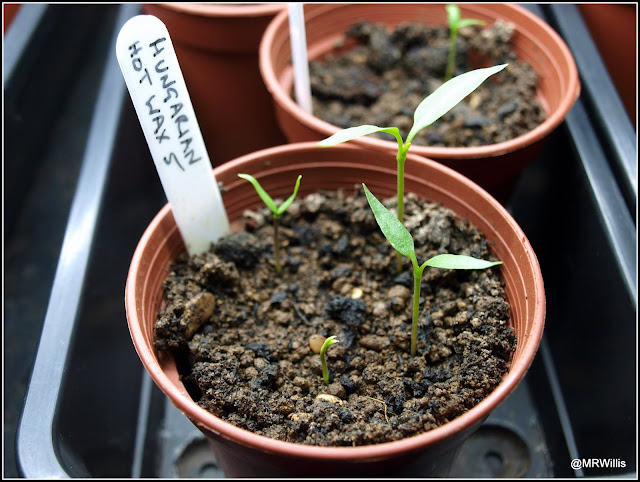 It seems like an age since I said the first of the PSB was nearly ready for picking. Well, it's still not quite ready. Of course these last few days it has been concentrating on just surviving, not getting any bigger... 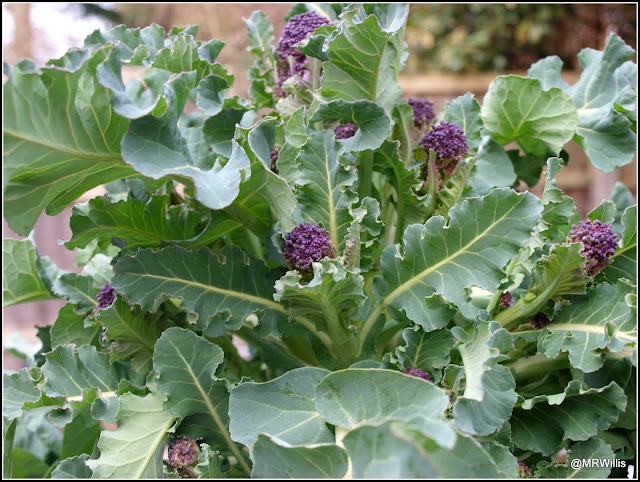 If the weather over the next few days is, as predicted, substantially warmer, I reckon I might be able to cut a few spears by the end of next week. [Famous last words!] 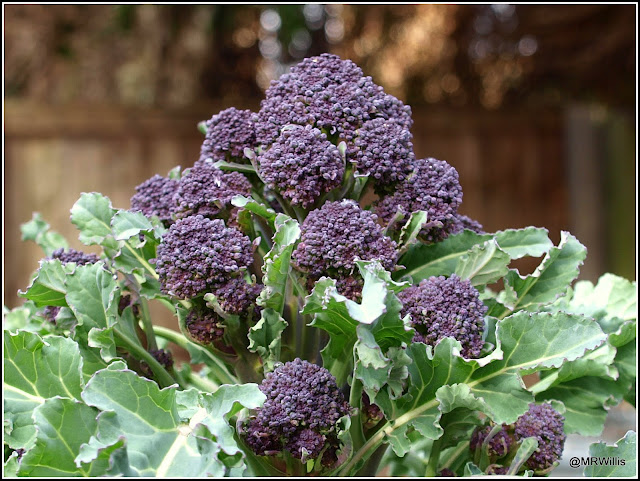