Potato-planting at the new plot

Well, after a few days of mostly milder and drier weather, I judged that it would be OK to plant my first potatoes at the Courtmoor plot. As I indicated the other day, my plan was to make 3 ridges for the potatoes, with gullies in between. I used some long pieces of wood to help align these: 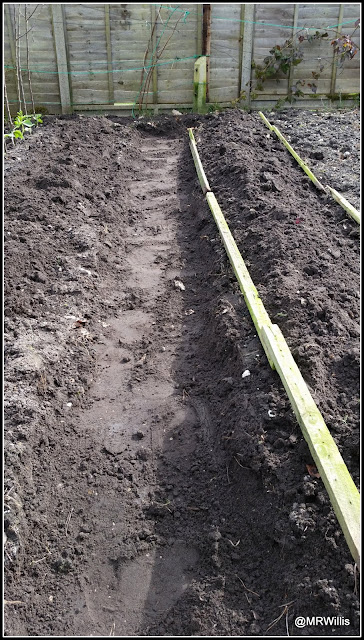 Let's be honest, with plenty of space to play with, they didn't need to be ultra-neat, like the raised beds I'm used to in my own garden! The soil here is very light and sandy, so it only took me a few minutes to build the ridges. It was satisfying to see that although this patch of the plot is the first bit that I dug, very few weeds had grown back. I must have cleared them pretty thoroughly. There were still a few bits of Couch Grass though, so I'll have to watch out for that.

Once the ridges were made I placed some short sticks to indicate where I was going to put the seed tubers. They were roughly 50cm apart. 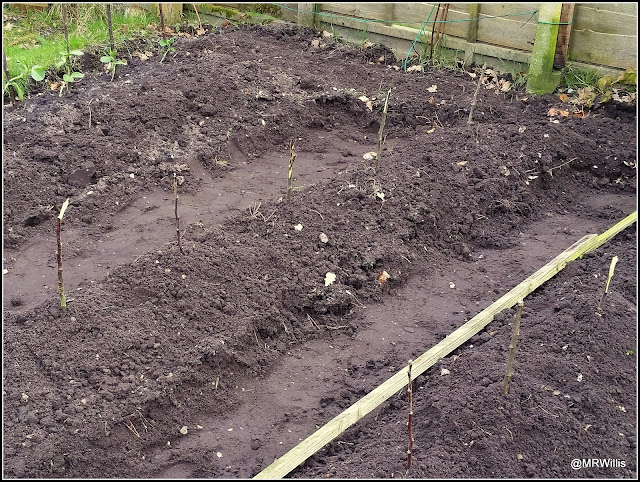 Then I just used a trowel to make a hole about 15cm deep, adjacent to each stick, and placed the seed tuber in it "Rose end" (the bit with most of the shoots) uppermost, and backfilled. I made a small mound of soil over each potato. 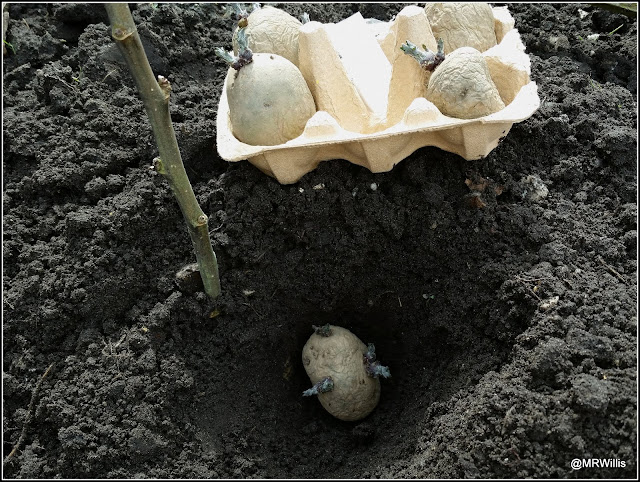 On this occasion I planted 3 varieties - "Foremost", "Sarpo Una" and "Jazzy" - one First Early and two Second Earlies. In a couple of weeks' time I'll be planting some Maincrops too.

As I was admiring my handiwork today I realised that even when I have completed the three rows of potatoes, I will have used only about a quarter of the plot, leaving me plenty of space for other crops.


My preparatory digging task is now about 80% complete. I only have an area of approximately 5m x 5m to dig. Here it is...


Since the potato planting took less time than I had expected, I had an opportunity to start on mulching the Raspberry canes. Fortunately the compost heap is very close to the Raspberry patch, but even so it was hard work digging out and distributing about 10 trug-tub-loads of compost! 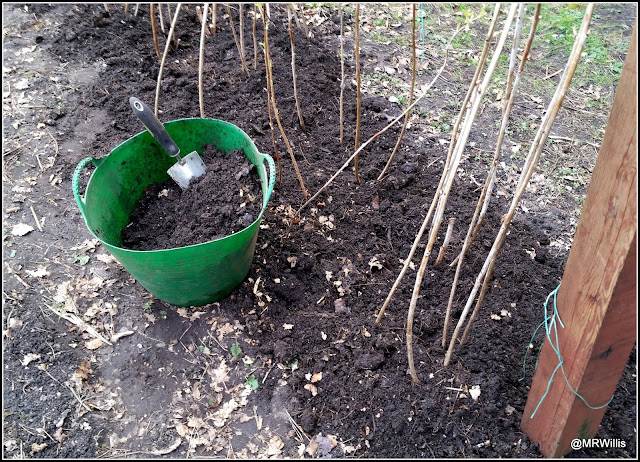 I only managed to do one of the two rows of canes before I got tired. The other row will have to wait till next time.
Posted by Mark Willis at 12:00