My house is beginning to fill up with trays and propagators full of seeds and seedlings! I'm trying hard to be sensible and not sow seeds too early, which means that most of the ones I have sown are hardy types like brassicas, alliums and Broad Beans. Although these would probably not germinate yet if sown outdoors they would still be OK if put outside after germination, especially if they were in a coldframe or under cloches.


I originally set my Broad Beans to germinate in my big coldframe. This was on 28th January. 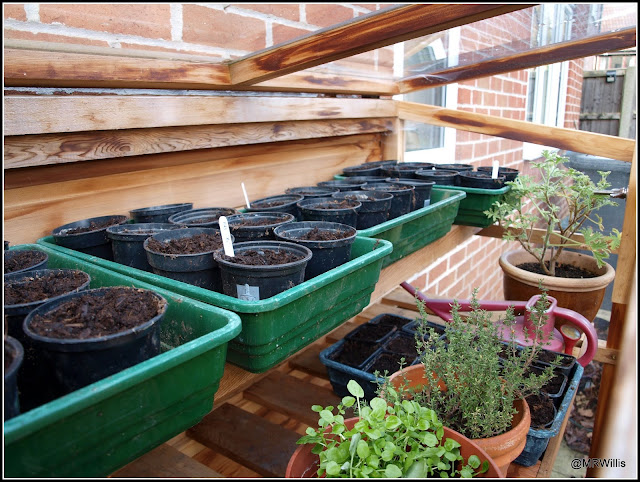 Nothing happened. It was obviously too cold for them, so I brought them indoors, and within a few days they began to pop up. 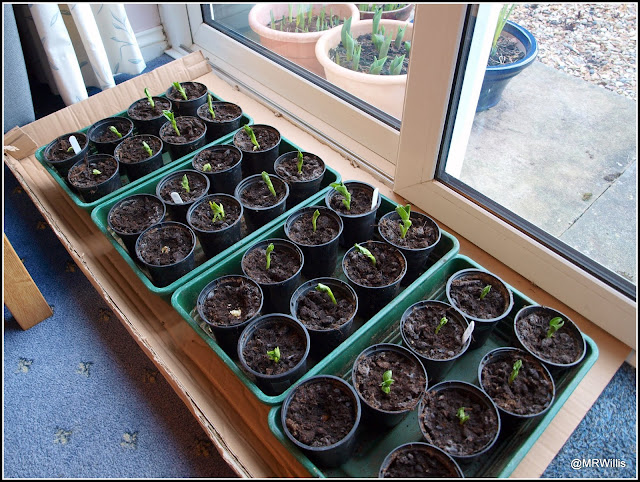 I sowed 32 seeds, and so far 28 of them have germinated. Fortunately the place where they are sitting now, next to the French Windows, gets lots of sunlight during the morning, so I think they will be OK there for a few days, until the current extremely cold weather moves on. After that they will go outside, and will hopefully be ready for planting at about the end of March. 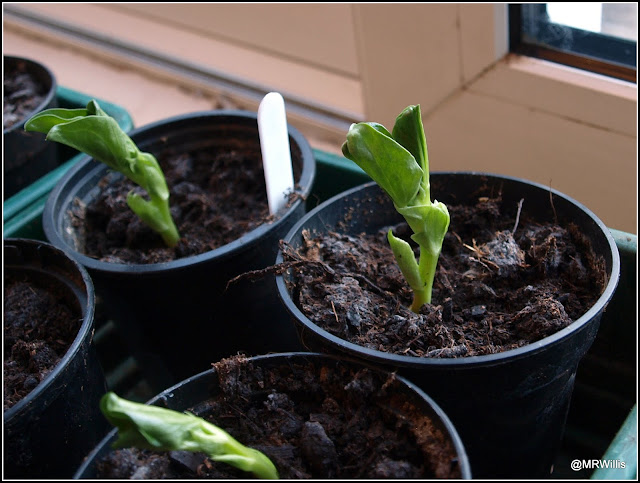 A few days ago I sowed three different types of Leek seeds, two of Cabbages and one of Brussels Sprouts. These are in unheated propagators on a windowsill above a radiator. 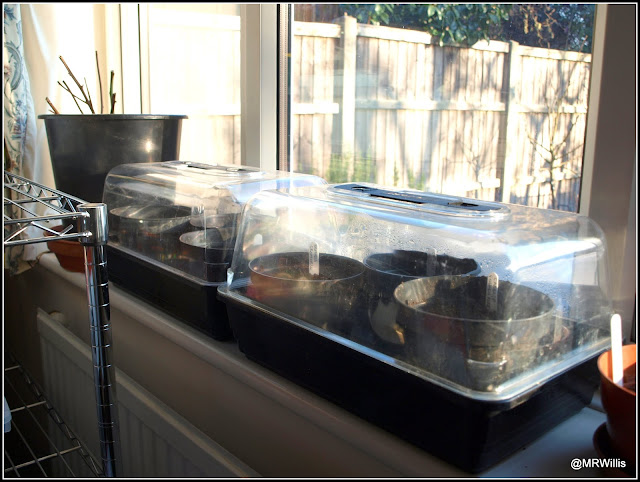 The first ones (Cabbage "Golden Acre") are just beginning to germinate. 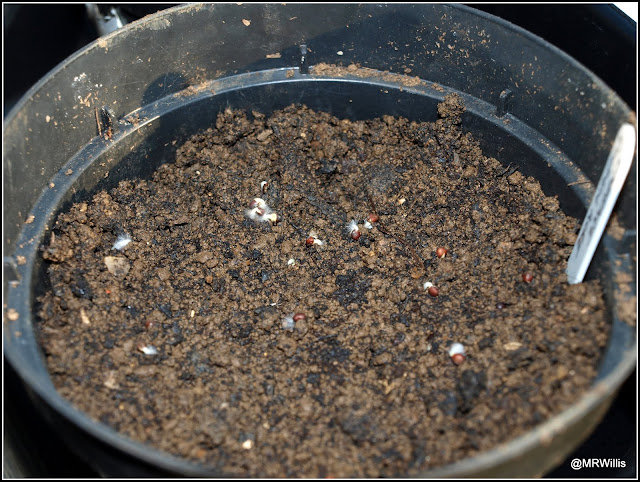 My plan it that once they have come through, I will move them outside to the coldframe so that they are "raised hard" - in other words they will be in cooler conditions but with more natural light, which should make them strong sturdy plants that don't go leggy. When they are big enough they will be transplanted into bigger, possibly individual, pots.

My chillis are also beginning to germinate. So far 4 of my 20 varieties have put in an appearance. They start off in the airing-cupboard, and once they germinate I move them to the Growlight House. 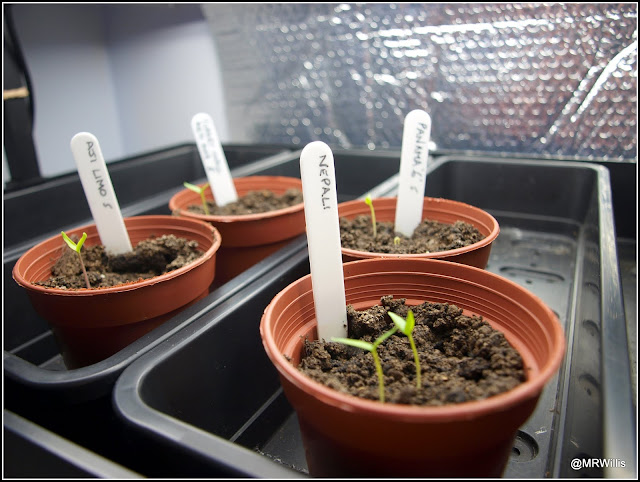 In most of my pots there are 5 chilli seeds, but they don't all germinate at the same time! 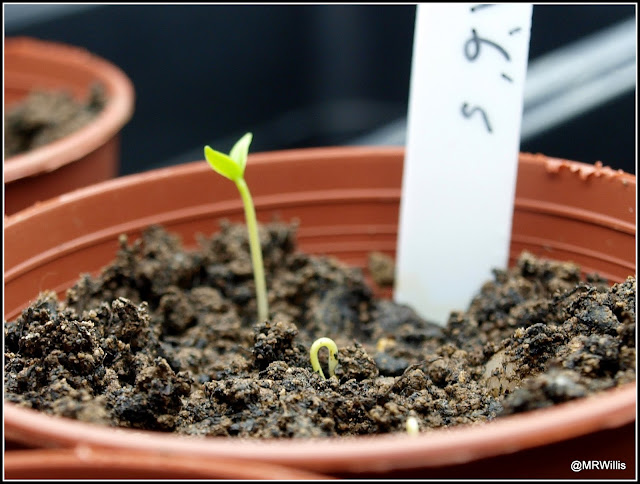 My only complete germination failure for a very long time has been the "Ailsa Craig" onions that I sowed on 5th February. Not a single one has come up. The reason is clear though: the seeds were too old. They were given to me by a friend (so therefore I don't know how old they were when I got them), and I must have had them two or three years myself. On Friday I bought some fresh seed and re-sowed, so maybe these ones will do better!

Nothing much is happening outside in my garden, or at my new plot, at present. It's just too cold. It makes sense to leave things as they are for a bit longer, and wait for warmer weather. Time to concentrate on some indoor pastimes maybe - like baking bread. This is the first sourdough loaf I made at home after that course I went on the other day. Seems to have worked out OK... 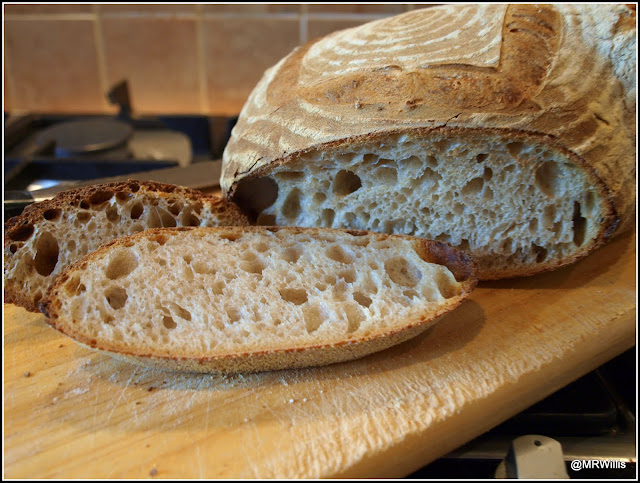