When you think of Spring flowers, what comes to mind first? Is the Daffodil? Or the Primrose? I bet it isn't the Hellebore. Which is a shame. The Hellebore family (Helleborus sp) has a wide range of varieties that flower from about Christmas right through to late Spring. For this reason they are sometimes called the Christmas Rose or the Lenten Rose, though in all honesty their resemblance to the normal type of Rose is very superficial. I like Hellebores because they can provide (if you choose wisely) some colour in the garden at a time when little else is in flower - usually well before the Daffodils put in an appearance. 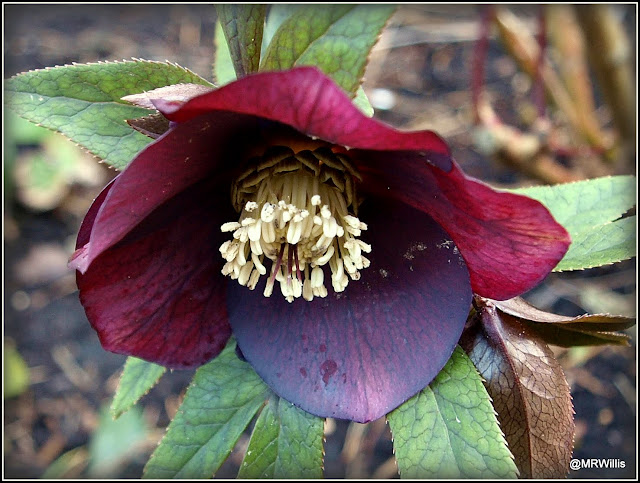 Hellebore plants grown from seed take a fair while to reach maturity - usually 3 years, though you may be lucky and get them to bloom in their second year. Once they get going they produce masses of blooms, and come back year after year. They have the useful ability to thrive in areas of dappled shade that get little direct sunlight. They also self-seed profusely. After flowering in the Spring the plants produce robust, long-stemmed and shapely leaves which allow them to build up plenty of energy for the next year. I usually cut off most of the previous year's leaves just as the new flower-stalks begin to appear, so that the flowers become more visible. 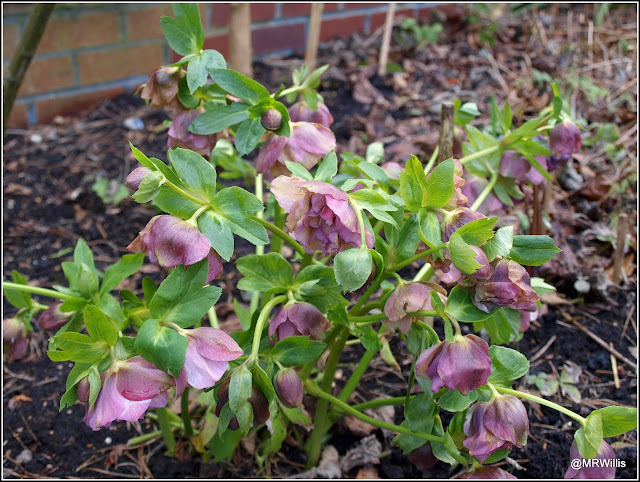 Visibility - or lack of it - is the Hellebore's weak point. Although borne on stems that are often up to two feet tall, the flowers naturally droop downwards, so that it is hard to see their inner surfaces, which are normally the most attractive parts. To really appreciate Hellebore flowers, you therefore need to see them from below, or tip them temporarily upwards to admire them. Most of my photos of Hellebores include my own fingers as I try to persuade these shy flowers to show us their charms! 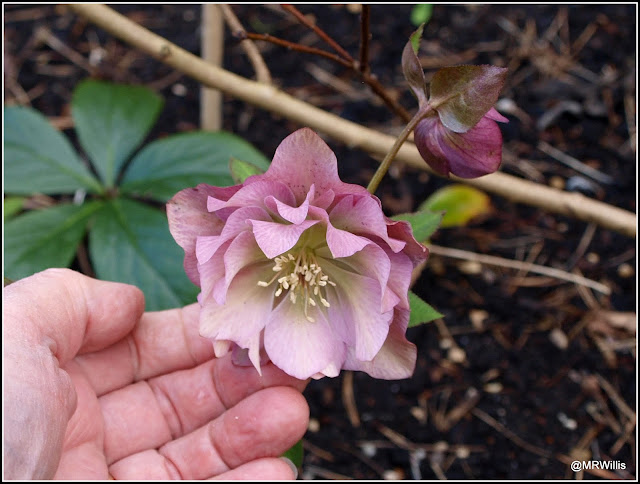 Just as with "proper" Roses the Lenten Rose comes in many different shapes and colours, ranging from white, through mauve, and pink to deep reds - almost black. Some of them are single-flowered and some double. Many of the varieties have so-called Picotee petals - in other words the main petal is lighter coloured than the edge, giving the flower a sort of highlighted appearance. Others, especially the Oriental Hybrid ones, have dark-coloured speckles on their flowers.


This next one was grown from seeds kindly given to me by fellow-blogger Elaine R.


My own favourites amongst the Hellebores are undoubtedly the dark-coloured ones, like this one which was given to me as a fully-rooted plant by Facebook friend Alice D. 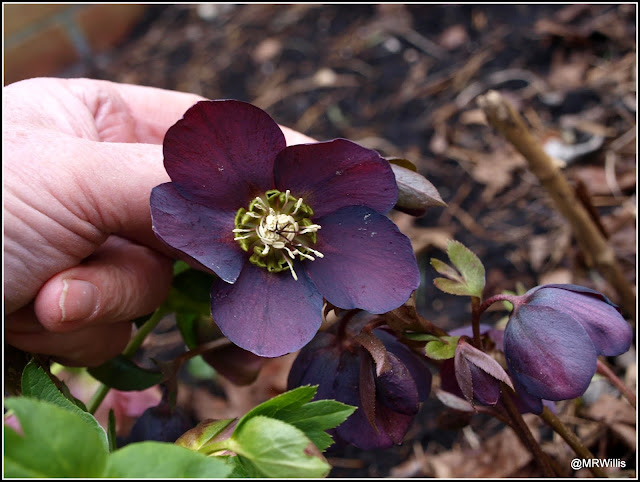 When I started drafting this post I thought it might be appropriate to describe the "shy" Hellebore as like the famously diffident "shrinking Violet", and I went and looked up the origin of that term. This is what I found:

"Fey Georgian gentlemen like Keats and Shelley were disposed to wandering around woodland composing poetry and it was a close friend of theirs who was doing just that when he gave the ground-hugging Viola odorata the name 'shrinking violet'. In a poetry magazine called The Indicator, the poet and essayist Leigh Hunt drew attention to the modest wood violet:

There was the buttercup, struggling from a white to a dirty yellow; and a faint-coloured poppy; and here and there by the thorny underwood a shrinking violet. " [Credit: www.phrases.org.uk]

The meaning is not quite the same, but you probably understand where I was coming from...