Hooray, my PSB has finally reached the harvestable stage! For me, this is one of the high points of the gardening year. I just love those tasty, succulent shoots. 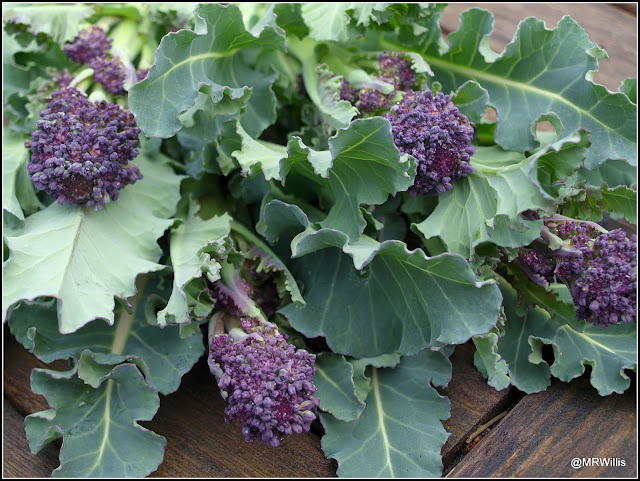 Remember folks, when cutting the 'spears' (shoots) of PSB, keep as much of the stem part as possible, because this is the best bit. The flower and leaves are nice too, of course, but they go very soft when cooked, whereas most of the texture is in the stems. Some people say the texture resembles Asparagus. 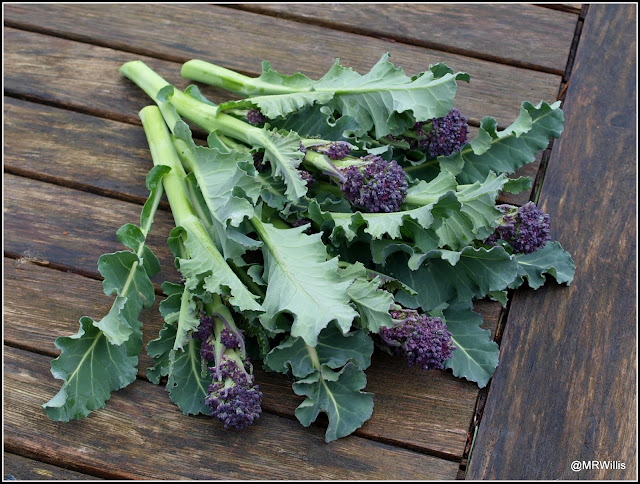 These first spears of the year have come from a PSB plant of the variety "Rudolph", claimed to be super-early to mature. I dispute those claims: OK, it's the first of my 4 varieties to be ready, but it's a long time after Christmas! Growing PSB is always a waiting game though - it takes about 10 months from seed to harvest. 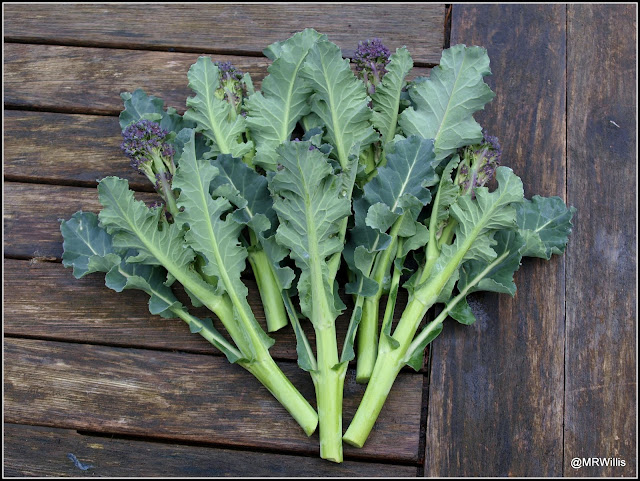 For this first picking I have only cut 5 spears, since they are really big fat ones. This is 3 for me and 2 for Jane, because she doesn't like PSB quite as much as I do! 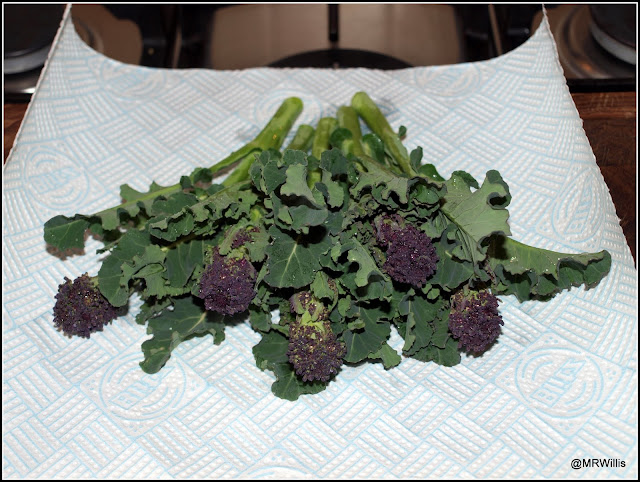 My way of cooking them is to remove the lower leaves, and lay the spears horizontally in a steamer over a pan of rapidly-boiling water. That way you can easily test with the point of a knife to see if the stems have gone tender, which usually only takes 3 or 4 minutes.

As I mentioned, I have four PSB plants this year, each of a different type. Hopefully this will mean that the harvest will be spread over several weeks. Much as I like PSB, I don't want loads of it all at once.