I like it when the weather forecast turns out to have been right - even when the weather has been poor! At least you feel that any protection measures you have taken were worthwhile. When I saw that the "Mini Beast From The East" spell of cold weather was due to hit us, I moved all my vulnerable plants under cover. In some cases this was relatively easy - for instance some of them went into the garage, and the little seedlings in pots and trays went into the coldframes and mini-greenhouses. The Broad Beans I had planted out a few days previously needed a different approach...

Here they are, shortly after planting out, protected by netting against animals. 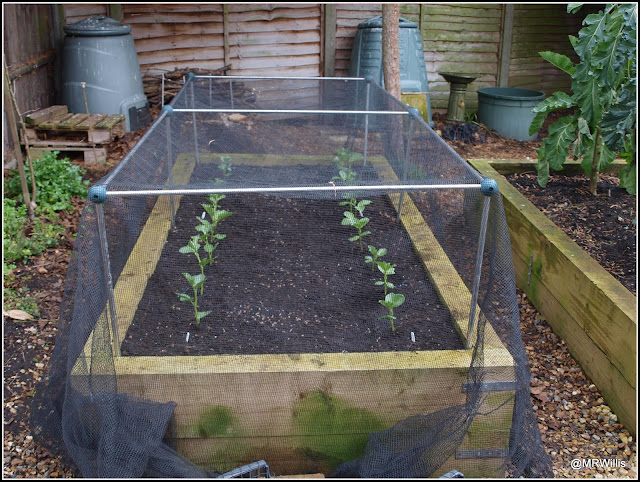 When I heard about the imminent severe weather, I covered them with my long cloches. Although Broad Beans will stand a few degrees of frost, I was afraid that they might be broken by heavy snow accumulating on top of them. 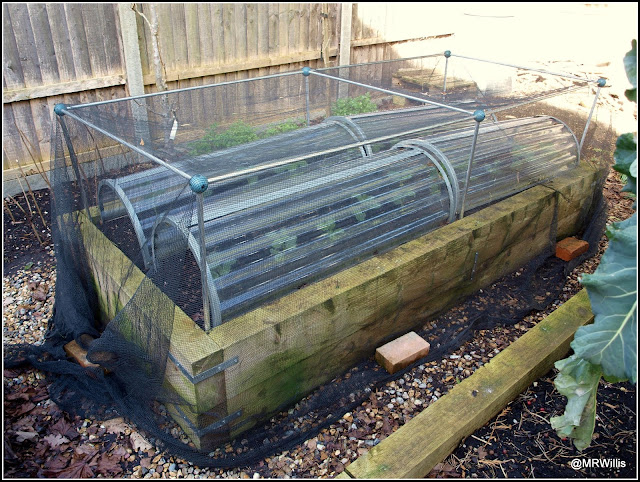 I was right to be worried. We had our heaviest fall of snow for several years. This photo was taken when the thaw had already begun. 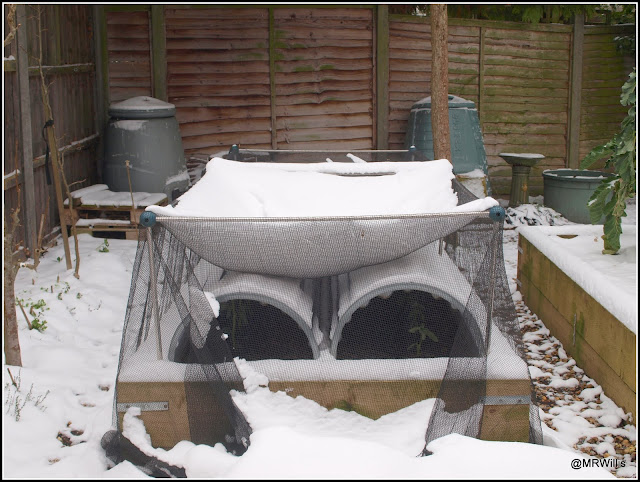 Well, it seems the cloches did their job pretty well. The beans are fine. 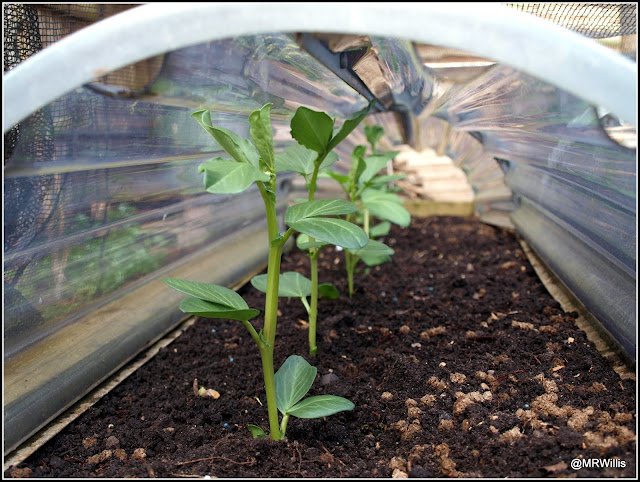 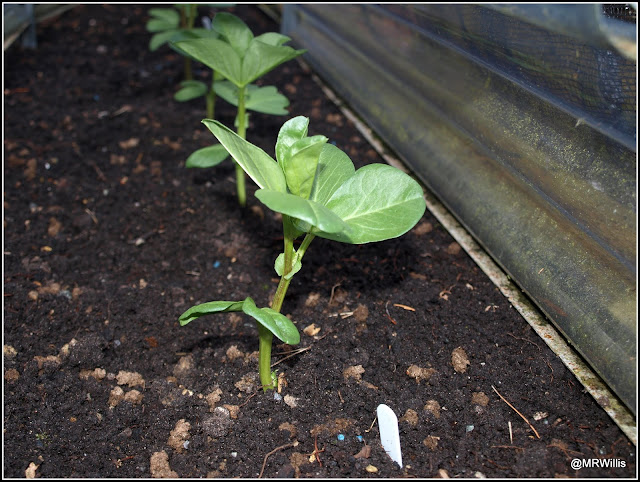 The first few leaves of my Rhubarb were killed off by the Beast From The East weather event, during which the temperatures were lower and the snow lasted longer. This time, the Rhubarb seems to have got off unscathed: 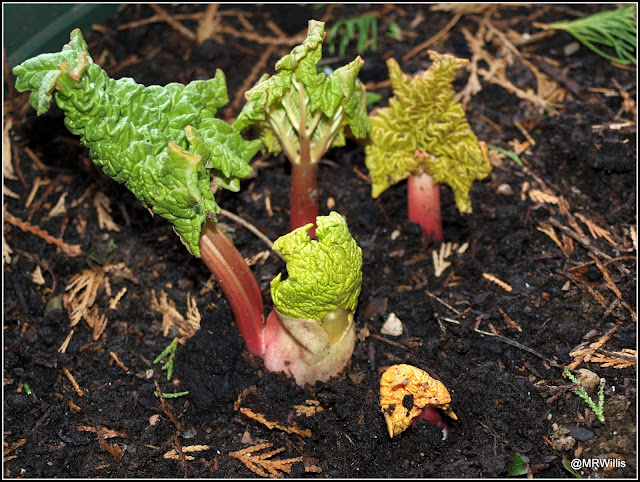 Meanwhile, the little Brassica and Allium seedlings have also survived all right, protected as they were by the big Gabriel Ash coldframe. 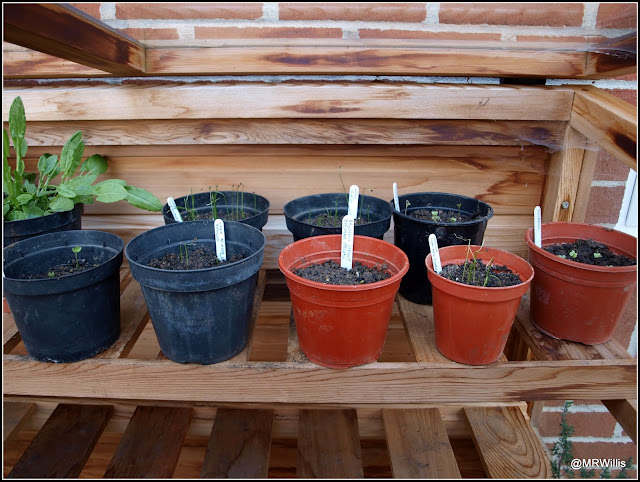 One of the few crops I am currently harvesting is the Purple Sprouting Broccoli. 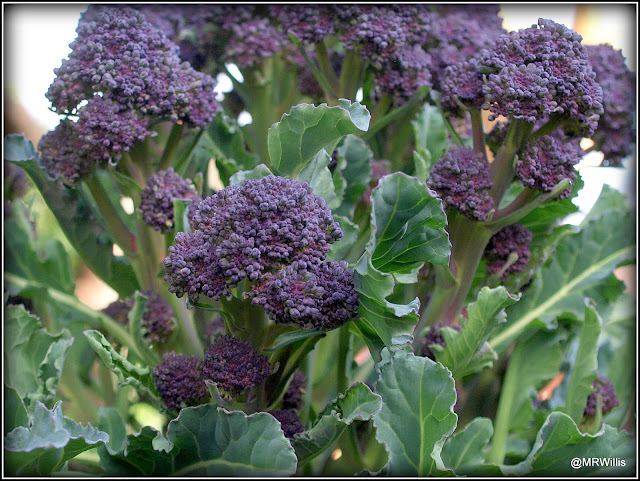 The first variety to be ready was "Rudolph". This year I decided to be unconventional and not cut the tip of the plant first. Doing that is supposed to stimulate the production of spears lower down the plant. This one doesn't seem to need much stimulation. I have already picked 15 really nice big spears from it, and there are plenty more to come.


The things we call "spears" are the flower shoots of the plant, and they grow in the leaf axils (i.e. between the leaves and the main stalk), just like Brussels Sprouts. In this next photo you can see where some have been harvested. 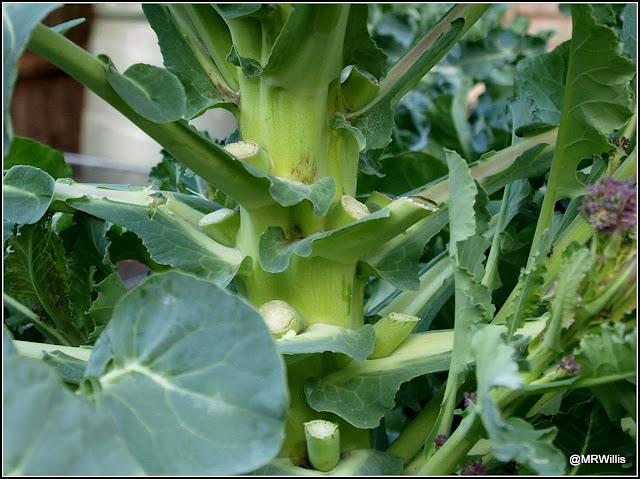 Many readers will know that I am growing four PSB plants, one of each of four different varieties, with the intention of having a longer harvesting period.


The plan is definitely working. The "Rudolph" plant is probably good for another 2 or 3 pickings, by which time "Red Spear" will be ready to come on stream:


Though not quite as big as "Rudolph" (which is about 4 feet tall), "Red Spear" is a big plant, and will yield a good number of spears.


"Red Arrow" is a bit less well advanced, and will not be ready for about 3 or 4 weeks yet.


And ironically "Early Purple Sprouting" will be last of the four!


Hopefully within a few days I will be able to report my first planting up at the Courtmoor plot, which is scheduled to be potatoes (and possibly a few of the spare Broad Beans).
Posted by Mark Willis at 12:00