Unsurprisingly, Second Early potatoes mature a bit later than First Early ones! Typically they take about 13 weeks from planting to harvest, whilst First Earlies take about 10. I usually plant the Second Earlies a couple of weeks after the First Earlies, so that they will be ready about a month later. This year I am only growing two Second Early types - the superb and well-known "Charlotte" and a rather similar but less well-known variety called "Nicola". The latter is sometimes described as an Early Maincrop, and is ready for harvesting just that bit later, which is useful when you want to extend the harvesting period. 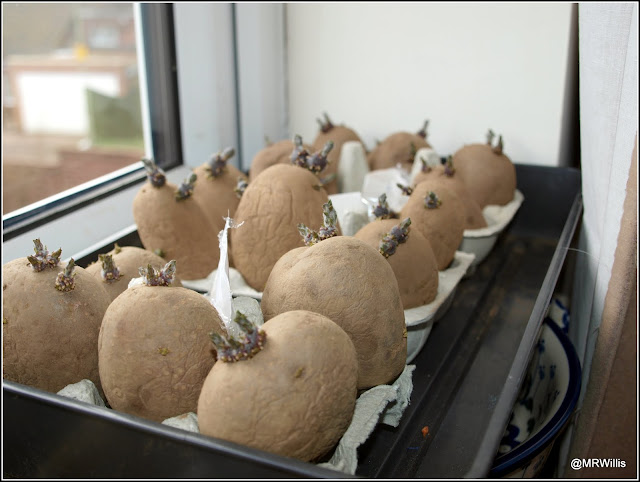 As I have mentioned previously, this year I am trying an experiment to establish whether the number of seed tubers planted in a container has an influence on overall yield. Because of this, some of my containers have been planted-up with two tubers, and some with only one. So on this occasion it was two pots each of "Charlotte" (a 2 and a 1) and of "Nicola" (ditto). My planting method was exactly the same as that which I used for the First Earlies, which I described HERE. The four pots now are similarly protected from the elements by the other one of my two "Seedling Greenhouses": 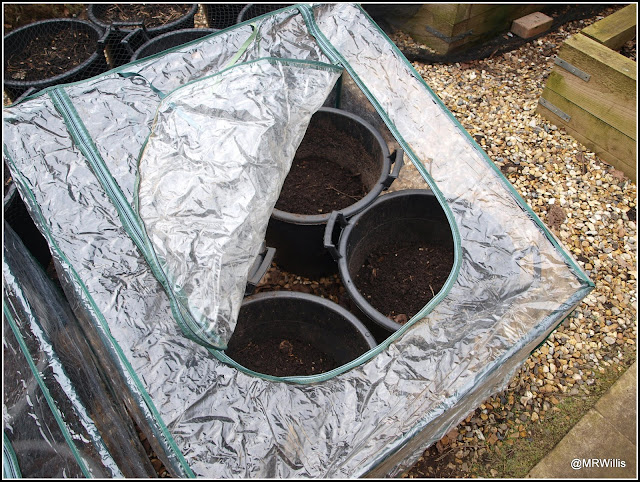 The Seedling Greenhouses are placed just next to the three upright 2-Tier Mini Greenhouses which are hosting my "Foremost" First Early potatoes. 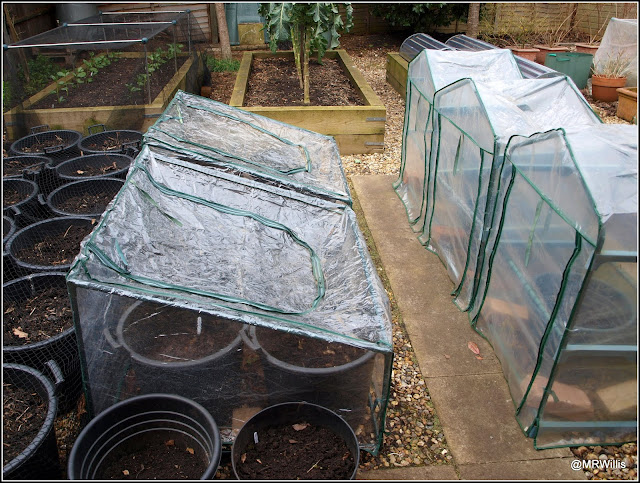 The other pots you see at the left of the photo above are waiting for tomatoes. They are going to have a long wait because I have decided not to sow any tomatoes until after we return from a holiday next month, so it will be late April by the time they go in. I'm acutely conscious that young tomato plants demand a lot of careful attention, and I don't want to impose this upon any of my regular Garden Helpers. As it happens, having to sow late will probably be a blessing in disguise, because I find that early-sown tomato plants often struggle with cold weather and poor light. March has been a particularly poor month in this respect, so let's just hope that April is better.

In other news... some of my Shallots are sprouting now: 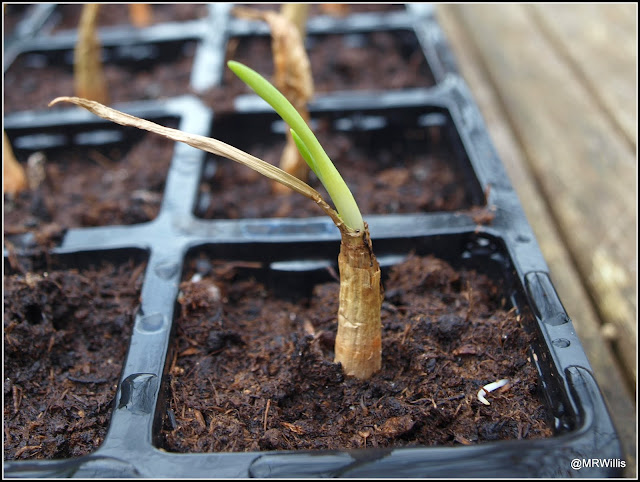 These are ones I rescued from the Courtmoor Avenue plot late last year. I have no idea what variety they are, and having been harvested far too late in the year they are not good specimens, but several of them are showing signs of growth now - the most obvious being the green leaves. 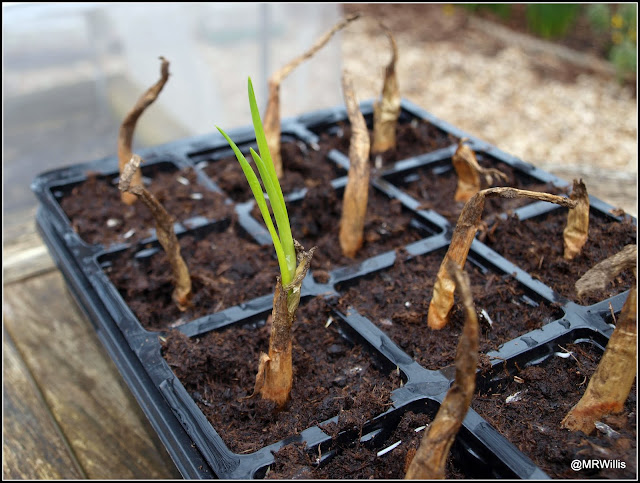 Several of the bulbs that have not yet produced green shoots have put out a lots of little white roots, so they are definitely alive. Here's an example (sorry about the poor photo): 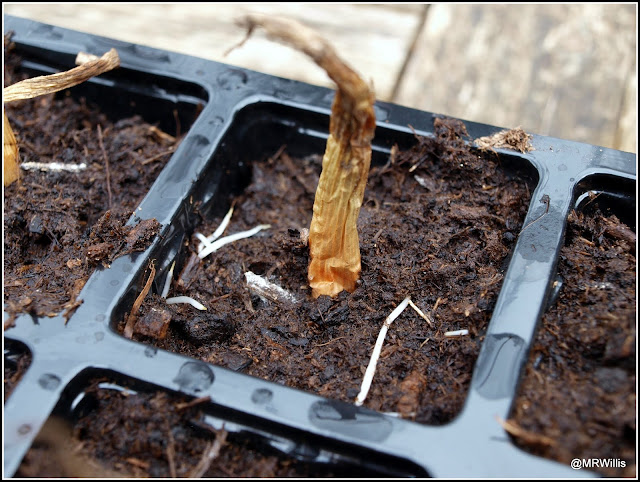 I planted 45 Shallots, but to be honest, I'll be happy if 15 of them grow. Just as long as I can bring a few to maturity, allowing me to provide that genetic continuity that I'm striving for.
Posted by Mark Willis at 12:00