I thought when looking out of the window early this morning that we had had our first frost of the year, but close inspection reveals otherwise. I think our overnight temperature must have been just a tad above zero - maybe 1 or 2 degrees. With the benefit of a warning from the Met. Office I was ready though, and my only vulnerable plants had been covered. Yesterday afternoon I erected this fleece cover over my Salads bed, where the recently tied-up endives are. I certainly don't want to lose those! 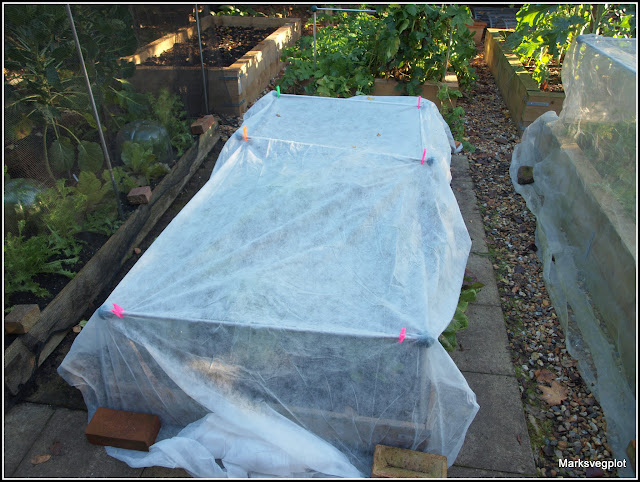 The frame is constructed from the ubiquitous Build-A-Balls with aluminium rods. If you have the right kit, you can erect something like this is 10 minutes!


In a way, I was disappointed not to see frost, because I have said that I won't dig any of my Parsnips until after the first frost, and I really do want to dig some Parsnips! Frosting is supposed to convert starches to sugars, making the roots sweeter. Anyway, I did have a furtle around to see if I could tell how big the roots are. I couldn't really tell without digging some up, but I did notice a crop of fungi that has appeared amongst them overnight. You can see one in this next photo. 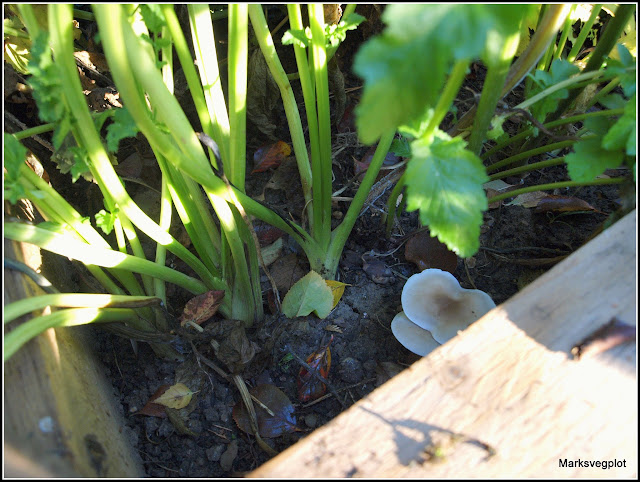 This is not a type of fungus that I recognise, so if you do, please let me know. 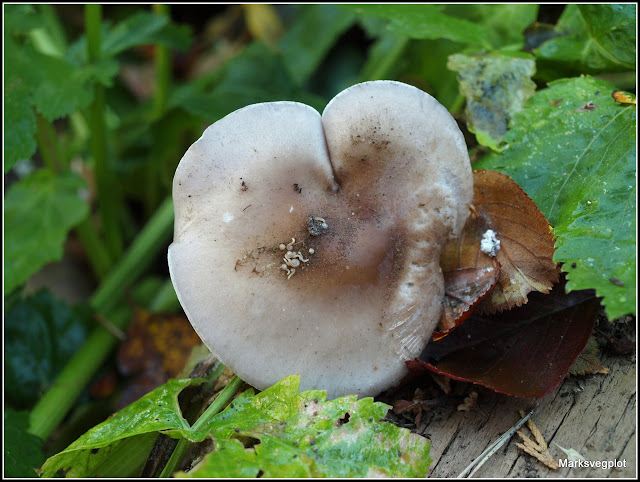 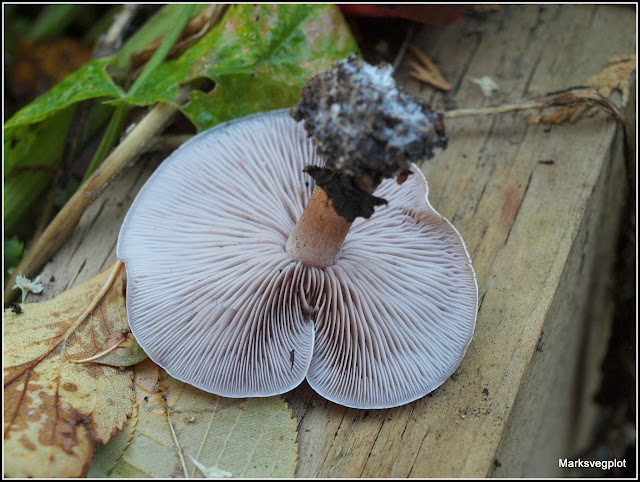 Whilst editing those photos of the fungi, I noticed something on the top of one of the caps. I was able to zoom in and see what it was - it looks like some baby millipedes, or something similar: 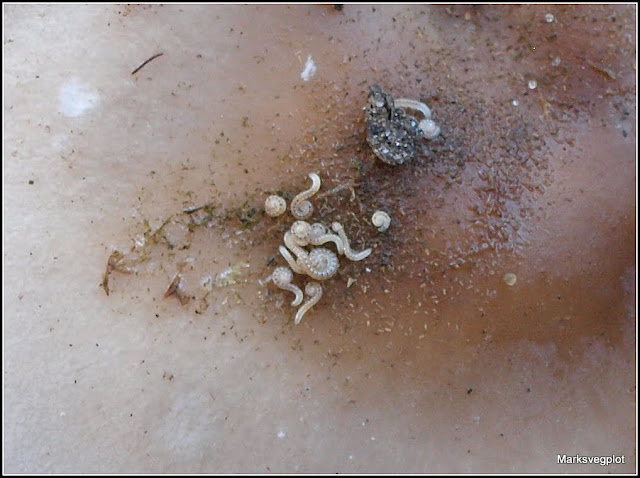 So, it's not really Winter yet then, despite us being into November, but that means we can keep enjoying the Autumn colours for just a bit longer... 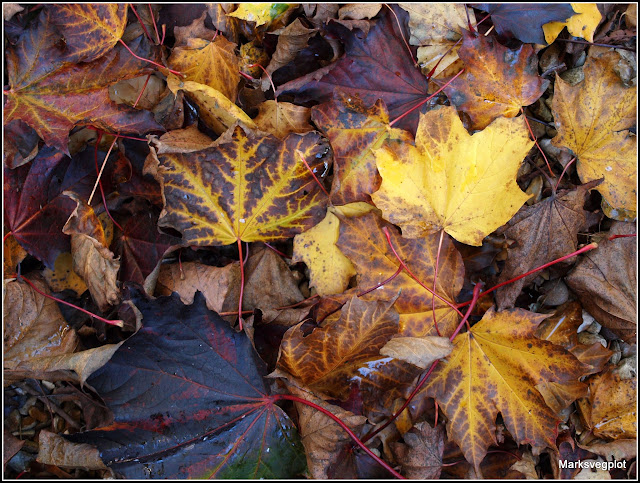 The Callicarpa bush has lost almost all its leaves now, making the berries more visible. 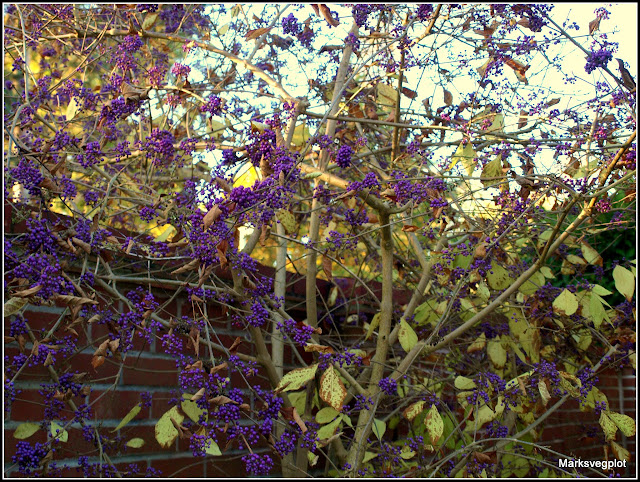 Seen in the right light, even the Beetroot leaves look quite Autumny. 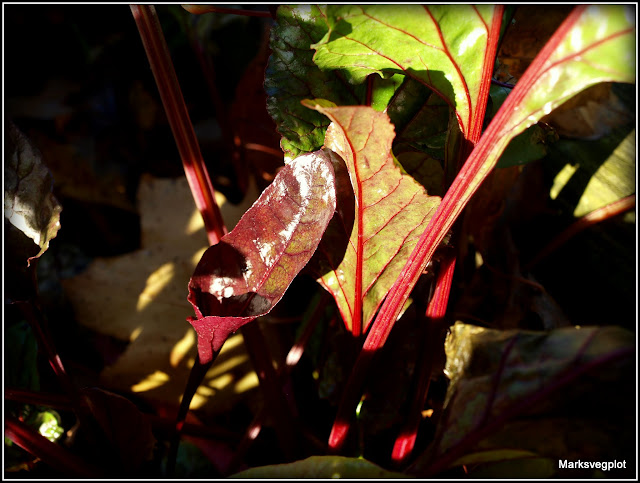 I don't think the roots of those Beetroot are likely to grow much more now, but if the plants are going to produce little leaves like that dark-coloured one seen in my photo, then I may have to start picking them as a salad ingredient...
Posted by Mark Willis at 11:00